A “devastated” Aaron Mooy has been left out of Australia’s squad for this month’s World Cup qualifiers against Saudi Arabia and China after his Chinese club played hardball with the Socceroos playmaker.

Key winger Martin Boyle has also been named in the squad despite a Covid-19 outbreak at his Scottish club Hibernian.

The Socceroos meet Saudi Arabia – who lead Group B in the third round of AFC World Cup qualifiers – at CommBank Stadium on Thursday night in the Australians’ first match on home soil since October 2019.

They back up in the early morning of Wednesday, November 16 (AEDT) against China in Sharjah in the UAE.

Socceroos coach Graham Arnold said he had sufficient depth in his squad to cover the losses of Rogic, Taggart and Mooy, who is in quarantine in China.

“His Chinese club (Shanghai Port) made him come back to China because he hadn’t been in China for a couple of months,” Arnold said in explaining Mooy’s absence.

“I’ve had conversations with Aaron. He’s devastated that he can’t be here but he’s contractual situation in China with the salary he’s getting paid has made him go back.”

Arnold’s 24-man squad includes four A-League players – Maclaren, Leckie and Nabbout and Sydney FC defender Rhyan Grant – but Melbourne Victory attacker Chris Ikonomidis has been left out after being in the Socceroos squad for last month’s qualifiers against Oman and Japan.

“For the last camp we were short of wingers, short of players up front, and Chrissy was prepared to come away and come back and do the 14-day quarantine,” Arnold said.

“When he was in quarantine, he wasn’t able to train the way that he would like to do, so therefore he’s not in this camp, whereas the Melbourne City boys (Leckie, Maclaren and Nabbout), they’ve been training hard and we welcome them back.

“Mathew, Jamie and Andrew have all been watching our campaign from afar over the past two months, and they are thrilled with the opportunity to rejoin the squad and make an impact on our qualification campaign.

“With border restrictions in some locations across the nation easing, we’ve been able to welcome some Australian-based players back into the Socceroos’ family this window.”

Norway-based Stensness was born in Australia but represented New Zealand, the nation of his father’s birth, at the Tokyo Olympics.

However, he pledged his allegiance to Australia in September.

“The decision to switch to the Socceroos was mainly personal, from my heart, having grown up in Australia all my life and around Sydney,” Stensness told the Socceroos website.

“I do have a lot of love for New Zealand and my dad is from New Zealand, so it was lovely to represent them as well, but when I think about which country it would make me proudest to represent, that was definitely Australia for me.

“Which country do I owe the most? Just going through school and every team I have played for through my youth, that’s Australia.”

Together, Lionel Messi and Cristiano Ronaldo have won 12 of the past 13 editions of the Ballon d’Or.

Messi’s triumph at the ceremony on Tuesday morning capped off what is now over a decade of dominance from the superstar pair.

But that dominance finally seems to be coming to an end, with even Messi hinting at as much in his acceptance speech.

“It is incredible to be here again,” Messi said, the emphasis here on the word ‘again’.

It suggested an element of surprise from the Paris Saint-Germain superstar, which he would go on to address right after.

“Two years ago I thought that it was my last year and now I am here again,” he added.

“I am very happy, very excited and wanting to fight for new challenges.”

Some might question whether Messi really deserved to win his latest Ballon d’Or prize ahead of other worthy candidates, but the Argentinian has been rewarded for continuing to be so good for so long.

The most turbulent year of Messi’s glittering career, in which he was forced to tearfully bid farewell to Barcelona, ends with him — at the age of 34 — claiming a record-extending seventh Ballon d’Or for the best player in the world.

In Germany they thought it had to be Robert Lewandowski’s year after he missed out 12 months ago when the 2020 edition was scrapped due to the pandemic.

Karim Benzema might have had plenty of support in Spain for his remarkable performances with Real Madrid, and Jorginho could stake a claim following a year in which he won the Champions League with Chelsea as well as Euro 2020 with Italy.

Yet it is the enduring brilliance of Messi — who won the last award in 2019 — which stays in the minds of the jurors when it comes to voting.

That enduring brilliance though has faded at times this year, with his performances at PSG underwhelming.

More significant of course was Messi’s role in leading Argentina to their first Copa America triumph since 1993.

He was named player of the tournament, finishing with four goals and five assists to prove his worth once again on the international stage.

Messi’s hopes of a record-extending eighth Ballon d’Or will largely depend on Argentina’s success at the World Cup.

Otherwise, along with Ronaldo, the pair’s reign at the top of football world may be over with a new generation of talent being ushered in.

Although no-one is likely to ever top Messi’s incredible seven Ballon d’Or wins, solidifying his spot in the history books.

As for Ronaldo, 2021 saw him finish sixth in voting – the first time since 2010 he had polled outside of the top three.

It coincides with growing question marks over the 36-year-old striker’s role at Manchester United amid the arrival of interim coach Ralf Rangnick.

The Ballon d’Or, instead of holding more widespread significance, has for so long instead come to define Messi and Ronaldo’s tussle for the throne.

The voting system was and still is tied up in perception and global appeal.

While Robert Lewandowski may have become the first German-based player to finish in the top two since 1996, the fact the did not win speaks volumes itself.

Messi admitted as much himself.

“It is a huge honour to fight with Robert [Lewandowski],” he said.

“Last year you were the winner and I think France Football should give it to you.”

Lewandowski won the Bundesliga and was the European top scorer, while also breaking Gerd Muller’s 40-goal German record with 41 goals in 29 games.

Yet it did not happen in the Premier League or La Liga and for many, that was the difference between the Polish superstar and Messi, regardless of whether it is wrong or right.

The hope is that when the time comes, where Ronaldo and Messi no longer solely dominate Ballon d’Or discussions, it will force voters to adopt a more nuanced idea of what it means to be the ‘best’.

That time appears to have already come, with Lewandowski widely tipped to take out the top gong ahead of Messi.

That did not happen but his presence in the voting, along with Karim Benzema, Jorginho and N’Golo Kante hinted that times are changing. 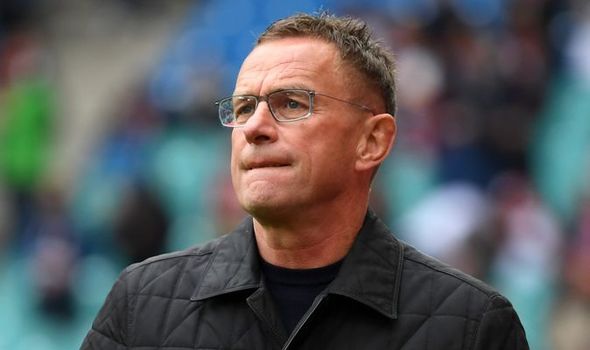