After a raft of thrilling Champions League fixtures midweek, the Premier League is back in action with the Manchester derby at Old Trafford headlining gameweek 11.

City head to Old Trafford on the back of losing to Crystal Palace as Ole Gunnar Solskjaer clings onto his job for another week, before league leaders Chelsea face Burnley and Liverpool are away to West Ham.

At the other end of the table, Newcastle United hope to kickstart their season under their new owners away to high-flying Brighton and Norwich face off against fellow Premier League new boys Brentford.

One win, one draw and one to go for Ole Gunnar Solskjaer in his three game ultimatum to save his job, even if the results are better than the performances so far.

Cristiano Ronaldo has stood tallest in the bid to save Solskjaer’s job, scoring and assisting in an excellent 3-0 win over Tottenham last weekend before scoring twice – including a last-minute equaliser – in the 2-2 draw with Atalanta in the Champions League.

Solskjaer has also shifted to a five-man defence in both games, although an injury to Raphael Varane and uncertainty over Victor Lindelof’s fitness means it’s a route he’s unlikely to be able to go down for the visit of Manchester City this weekend.

Victory will ease the pressure on Solskjaer for another few weeks but a heavy defeat will bring back all of the emotions of that 5-0 hammered at the hands of Liverpool – something you fear the manager won’t be able to come back from again.

“If United go out with that second half performance against Manchester City they will get slapped again, three, four, five goals,” Rio Ferdinand said after the Atalanta draw. “The intensity was not there.

“You look at it and you say what formation are they playing? They were in disarray … Cristiano Ronaldo saved them in the second half.

“Varane covers both sides very well and as soon as he went off they just looked so shaky, a complete lack of confidence. They went to a four and it looked like Atalanta could get through this team at any time.”

Antonio Conte is back in the Premier League, although it’s not managing the team that it looked as though he would be this time last week.

Conte should inject some much-needed impetus into a Tottenham side lacking in attacking thrill so far this season.

Under Nuno Espirito Santo, Spurs had the joint-second lowest number of goals scored in the Premier League, and they averaged the joint-lowest shots on goal per game as Harry Kane suffered an epic post-Euro 2021 hangover.

Conte will go about addressing that immediately, as his side scored three times in his dugout debut on Friday morning in the Europa Conference league, but he will also set about tackling a defence which leaked two goals in that game too.

Spurs need a top-to-bottom overhaul and Conte is the man to do that, starting with a trip to Everton this weekend before a friendly run of fixtures gives him a chance to get his feet under the table properly and impress his high-intensity methods of this wayward squad.

ARSENAL ON A ROLL

It feels like a long time ago that Mikel Arteta was a couple of games away from the sack after a torrid start to the season, culminating in a 5-0 loss to Manchester City at the end of August.

Since that game, Arsenal have won five of their last seven Premier League games to move up to sixth in the table and level on points with Manchester United as Arteta’s young squad continues to gel together and improve.

This weekend’s visit of Watford is another chance to get some more points on the board before the daunting task of heading to Anfield to face free-scoring Liverpool.

However, with the exception of that game and trip to Old Trafford 10 days later, Arsenal’s Christmas fixtures are relatively friendly, giving the squad plenty of chances to perfect their combinations heading into the second half of the season.

The new defensive set-up has been particularly impressive in its improvement after of the excellent Aaron Ramsdale.

“The potential is there because of the qualities they have individually, how they can complement each other with those qualities and, obviously with the age group that we have there,” Arteta said about his improving young defence.

“If we manage them well and they are willing to sustain that, they have a really bright future.”

£100M BARGAIN BEHIND BEST EVER HAMMERS

Liverpool are unbeaten in their last 20 league games, having scored in every single one of those – 50 in total. And in their first five away games this season, it’s been 19 goals already! Only twice have two sides in the history of top-flight football in England ever scored more – Man Utd in 1907-08 and Man City in 2011-12 (20 each). With Mo Salah on a staggering scoring streak, the Reds are hot favourite to claim a third straight win at the Hammers for the first time since 2003-2007.

But don’t ignore the Hammers, who have been unbelievable this season. They’ve picked up 62 points in the top flight in 2021 – not this season, the calendar year – their most ever. And it’s still only November 6! Only Man City and Chelsea, with 80 and 66 points respectively, have more this year. The Hammers are unbeaten in six games in all competitions, now fourth in the Premier League and just two points behind Liverpool.

Much of that is down to the fine form of skipper Declan Rice and the magical work of manager David Moyes, who this week notched his 1,000th game in charge – a rare achievement.

Rice has been sublime in recent weeks, despite lingering questions over his future at the club. He’s a sublime player at just 22, and was deservingly nominated for the league’s player of the month award for last month. Manchester United were most strongly linked with the player in the off-season, but instead splashed their millions on Jadon Sancho and Cristiano Ronaldo.

Moyes recently said: “There was a bargain to be got with Declan at £100 million. That bargain has now gone.

“We have a lot of really good players at this football club and I think while you’re building and developing I think people might always come and look at your players.

“But it is good that they are because that is telling us that they’re doing well.”

He might not be their player (yet, anyway, don’t write off a move at season’s end), but Rice could help the Red Devils get revenge for their humiliation at the hands of Liverpool. United are just three points below the high-flying, fourth-placed Hammers – so either way, they’ll probably be happy whoever wins.

No matter what, the result isn’t an open and shut thing. These Hammers are the best side we’ve seen in years – and the stats say 2021 is their best year yet.

Rice said: “What have we got to lose? We’re in the top four.

“Let’s go out there and try and cause an upset.”

THE START OF SOMETHING SPECIAL FOR LEEDS?

Leeds, and their Bielsa-ball stylings, took the league by storm as they posted a ninth-placed finish last year in their first year back since promotion from the Championship. Patrick Bamford blasted 17th goals in the league – equal fourth-most, while Raphinha and Jack Harrison picked up that same number of assists between them.

This year, it’s been anything but smooth sailing. Just two wins from 10 games – with both coming against promoted sides Watford and Norwich. But last week’s 2-1 victory showed plenty of promise. It moved them out of the relegation zone – but will they slip straight back into it? Leicester have been in middling form, 11th in the league with just four wins from their 10 games – though they could easily jump up the ladder with a win this weekend.

This is a battle of two clubs with fairytales in their blood. Leeds will be hoping for a fairytale recovery after their sluggish start to the season. And with Chelsea, Man City, Arsenal and Liverpool in a four-game run in mid-December, they’ll be desperate to climb up the ladder and find form before they face that brutal reality.

But Leicester are a tough opponent. They’ve scored in each of their last 12 away games in the league – only Liverpool’s 15 is better. If Leicester can score again, it’ll be their first 13-game away run of wins in the top flight going back to April-December 1960. Leicester’s defence has been stilted this season, something Leeds will be hoping to capitalise on.

But Leeds haven’t won consecutive league games against the Foxes since 1999. For either team, history is on the line. The Premier League is full of fairytales after all. 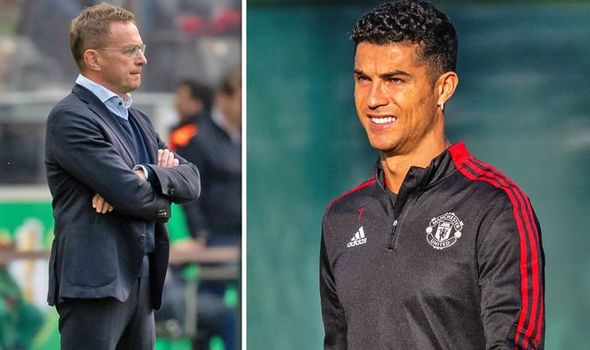 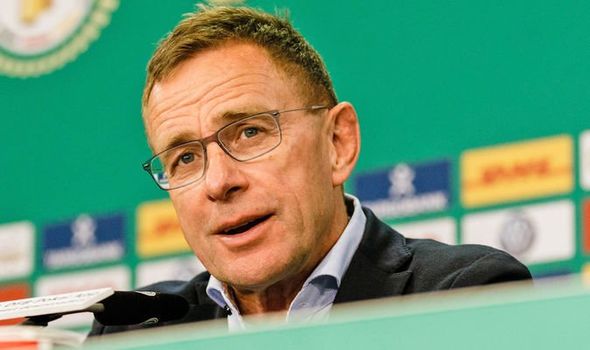 Manchester United are pushing ahead with plans to appoint Ralf Rangnick as their interim manager. 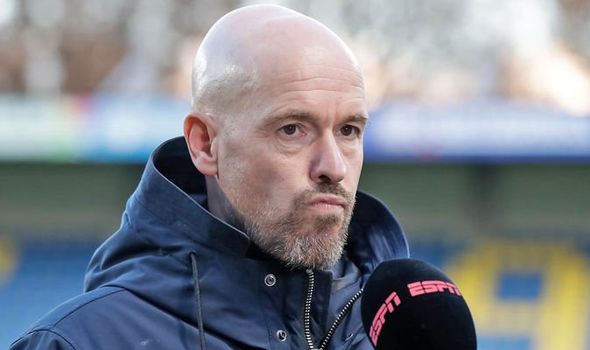 Manchester United have been linked with Ajax boss Erik ten Hag in the time since Ole Gunnar Solskjaer’s dismissal.