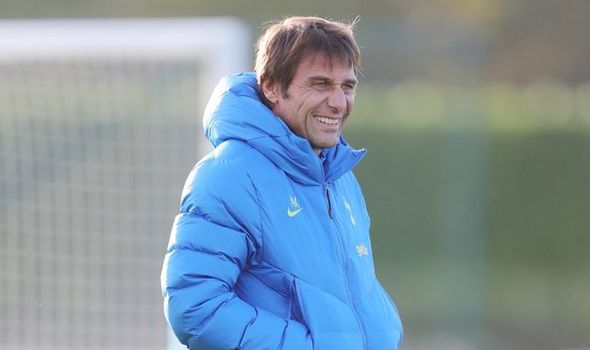 Antonio Conte was named as the new manager of Tottenham on Tuesday. 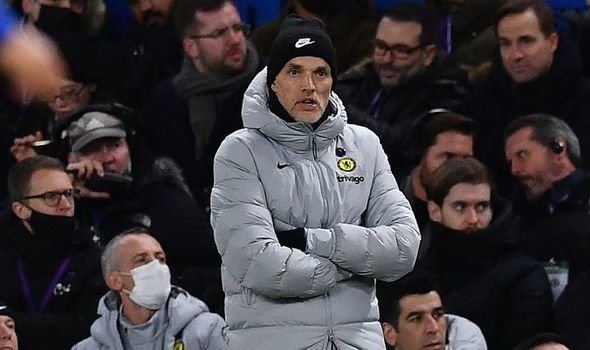 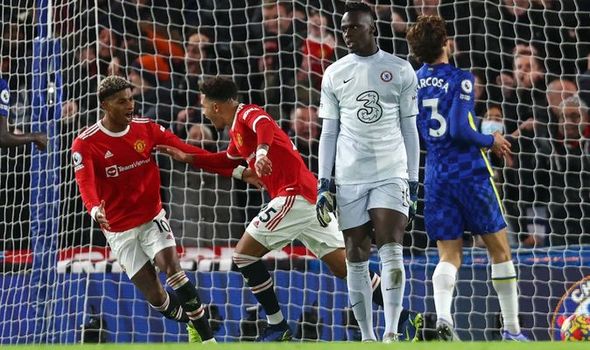 Cristiano Ronaldo was dropped to the bench on Monday morning and seemingly not happy after Manchester United’s 1-all draw with Chelsea.

The United superstar went straight up the tunnel at fulltime, not engaging with any of the fans.

It was a bold move from interim boss Michael Carrick and had former United legend Roy Keane susprised.

“I’m surprised. Ronaldo is one of the great players but the manager there said he has a plan that he took great,” Keane told Sky Sports.

“Ronaldo has come back to play in these games. He’s a big player for the big occasions. His stats against Chelsea aren’t great but I’m surprised to see him being left out.”

In the end, Chelsea midfielder Jorginho rescued a draw after the Italian’s penalty atoned for the blunder that allowed Jadon Sancho to put the visitors in front on Monday.

Thomas Tuchel’s side dominated for long periods at Stamford Bridge but fell behind when Jorginho’s poor control presented Sancho with the chance to score early in the second half.

Jorginho made amends for that mistake as he stroked home a penalty after Aaron Wan-Bissaka fouled Thiago Silva.

It was the least Chelsea deserved after they laid seige to United’s goal and saw David de Gea make a series of fine saves.

Chelsea, unbeaten in their last 11 games in all competitions, remain top of the Premier League but are now just one point ahead of second-placed Manchester City, who defeated West Ham earlier on Sunday.

United, in eighth place, are 12 points adrift of the leaders but this gritty display was something to build on after a traumatic period.

Michael Carrick was in charge of United for a second successive game after Ole Gunnar Solskjaer’s sacking, with the appointment of Ralf Rangnick as interim manager until the end of this season expected to be confirmed shortly.

United are in discussions with Rangnick, who is working as director of sports and development at Lokomotiv Moscow.

But in the meantime Carrick had overseen a vital win at Villarreal in the Champions League on Tuesday and he used the same defensive blueprint to frustrate Chelsea.

Given Rangnick’s preference for a intense pressing game-plan that may not suit Cristiano Ronaldo, it was intriguing to see the sometimes diffident Portugal striker left on the bench by Carrick until the 63rd minute.

With Bruno Fernandes as the false nine and Marcus Rashford and Sancho on the flanks, United set up for a point and got exactly that.

Hakim Ziyech found space in the United area early on but his low shot was saved by De Gea, setting the tone for the rest of the afternoon.

Callum Hudson-Odoi seemed certain to score when he pounced on the loose ball, only for De Gea to repel the forward’s close-range effort with a superb save.

Manchester United technical director Darren Fletcher was on the bench wearing an ear-piece, sparking suggestions he was in contact with Rangnick.

Rangnick is regarded as the godfather of ‘gegenpressing’, the tactics copied so successfully by Tuchel and Liverpool boss Jurgen Klopp, and United had spells when they closed down Chelsea with more authority than they showed in the final weeks of Solskjaer’s reign.

But if Rangnick was offering advice to the United bench ahead of his impending appointment, he might have been concerned at how deep they were sitting.

Antonio Rudiger was left in acres of space when his 25-yard drive was tipped onto the crossbar by De Gea.

United had ventured into the Chelsea area only twice in the first half, but they broke out to snatch the lead five minutes after the interval with their first shot on target.

Fernandes’ hoofed clearance should have been easy for Jorginho, but Chelsea’s captain made a hash of dealing with the high ball and Sancho was rewarded for pressing hard as he stole possession, sprinted clear on goal and slotted past Edouard Mendy.

After going 14 games without a goal following his close-season move from Borussia Dortmund, Sancho has two in his last two matches.

Chelsea’s response was emphatic and their pressure was finally rewarded in the 69th minute after Wan-Bissaka’s flailing challenge on Silva conceded a needless penalty.

Jorginho had missed a high-profile penalty for Italy against Switzerland recently, but the midfielder coolly sent De Gea the wrong way from the spot.

In a frenetic finale, Rudiger could have won it in the final seconds when he volleyed over from Christian Pulisic’s cross.

Manchester City beat West Ham 2-1 in swirling snow on Monday to return to second in the Premier League.

Free-scoring Liverpool laid down the gauntlet by hammering Southampton 4-0 the previous day to move to within one point of leaders Chelsea, who hosted Manchester United in Sunday’s late kick-off.

But reigning champions City stayed in close touch with victory at home to high-flying West Ham as the Premier League increasingly resembles a three-horse race.

Riyad Mahrez had a strike ruled out for offside at the Etihad but the hosts eventually claimed the lead shortly after the half-hour mark when a Mahrez ball into the box was deflected into the path of Ilkay Gundogan, handing the German a simple finish.

Declan Rice forced a good save from Ederson as West Ham threatened late on but substitute Fernandinho made it 2-0 to City in the closing minutes.

Manuel Lanzini pulled one back deep into stoppage time but it was not enough for David Moyes’s team to avoid a second successive defeat.

“We have an incredible groundskeeper — thanks to them we could play,” Guardiola told the BBC, referring to the wintry conditions in Manchester.

“The chances we created… it could have been three or four. The players we have out… those that came here were brilliant. All of them. We cannot forget which opponent we played. They have everything.”

Leicester’s Jamie Vardy reminded Ranieri of his enduring quality even in his mid-30s, scoring twice at a snowy King Power Stadium in a 4-2 win against Watford.

Ranieri, who famously won the Premier League title with unfancied Leicester in 2016, received a rapturous reception on his emotional first return to the stadium as an opposition manager since leaving the club early the following year.

Midfielder James Maddison gave Leicester an early lead when he capitalised on a mistake by William Troost-Ekong, only for Josh King to level from the penalty spot in the 30th minute after Wilfred Ndidi brought down Emmanuel Dennis in the area.

Leicester regained the lead four minutes later when Vardy lifted the ball over goalkeeper Daniel Bachmann from an angle and the former England striker grabbed his second three minutes before the break when he glanced in Maddison’s corner.

Dennis pulled a goal back just after the hour when he robbed Timothy Castagne to race through and chip over Kasper Schmeichel but Ademola Lookman scored from close range to restore the home side’s two-goal cushion.

Brentford heaped the pressure on Rafael Benitez by beating Everton 1-0 to secure their first Premier League win since early October, courtesy of a first-half penalty from Ivan Toney.

Everton, who have taken just two points from their past seven league matches, face Liverpool in a daunting test in midweek.

“Every game is important for us,” said ex-Liverpool boss Benitez.

“Obviously the next one is more important because it is the derby. We must learn from the mistakes we are making.

“When you lose games it is not easy. It is football. Sometimes like today you have chances and you push but it is not enough. The only thing is to keep attacking and try not to make these mistakes in defence.”

The game between Burnley and Tottenham was called off a little under an hour before kick-off because of heavy snow at Turf Moor in northwest England.