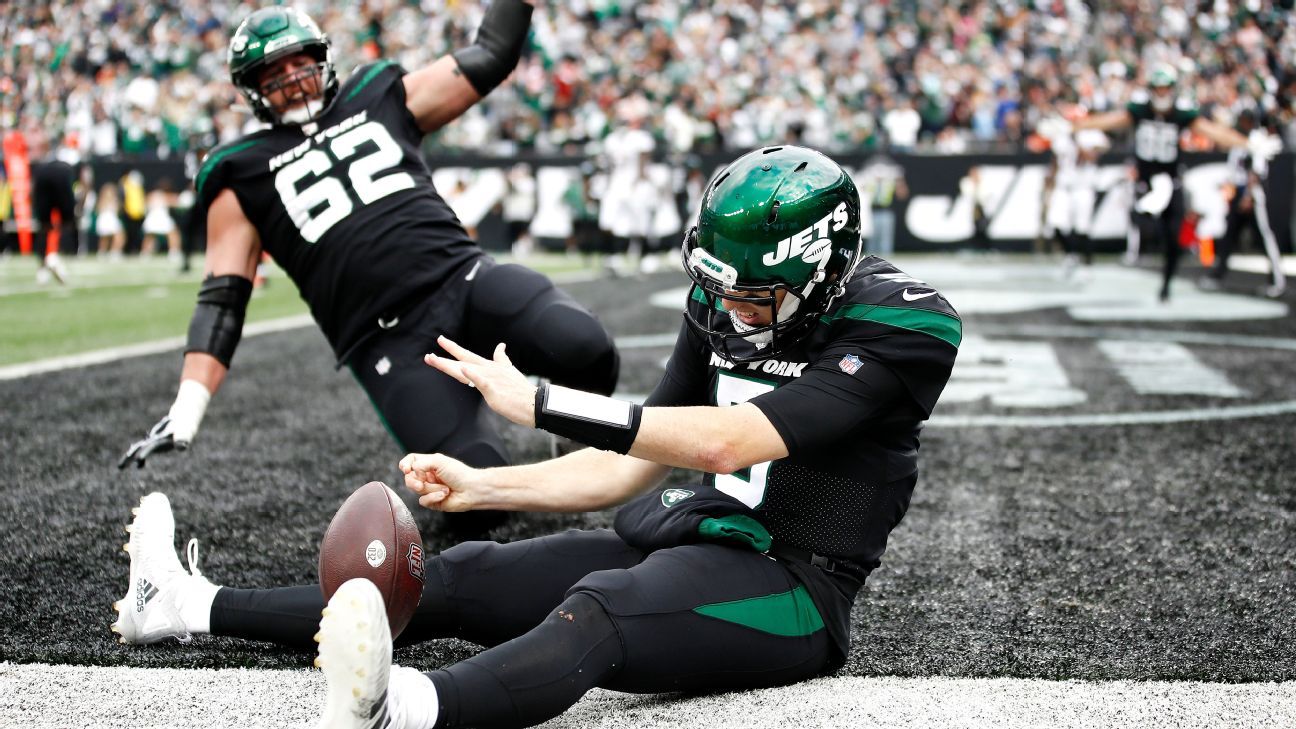 FLORHAM PARK, N.J. — When Mike White came off the field Sunday after his improbable, 405-yard passing performance for the New York Jets, the first person to greet him was Zach Wilson. There was an embrace and, as White discovered later, there were also a lot of excited, in-game text messages from Wilson.

“He honestly might have been more juiced up than me,” White said Monday.

Everything is fine in the Jets’ universe, but the quarterback situation might get awkward in a week or two, when Wilson is ready to return from his knee injury.

Coach Robert Saleh did nothing to douse a potential controversy, essentially punting when asked if Wilson — the No. 2 overall pick in the 2021 draft — will return to his starting role when healthy.

“If everything goes according to plan and Zach comes back and he’s healthy, we’ll address it when we cross that bridge,” said Saleh, reiterating what he said after the Jets’ 34-31 win over the Cincinnati Bengals.

White will start Thursday night against the Indianapolis Colts. If he plays well again, the Jets (2-5) could go into their mini bye with a major quarterback question ahead of their Week 10 game against the Buffalo Bills.

The Jets “feel good” about Wilson’s chances of being ready for Buffalo, said Saleh, adding, “At the very, very least, we feel really, really good about his ability to practice [next] week.”

Wilson is considered the future of the franchise, but he wasn’t playing well before suffering a PCL sprain — a two- to four-week injury. White is a former practice-squad player who delivered one of the best performances in NFL history for a first-time starter. This could get dicey.

“That’s for you guys to talk about,” Saleh said. “I know exactly how we’ll operate. I know exactly what we’re looking for. If it’s something you want to play with and have fun with, I mean, it doesn’t surprise me. But have fun.”

For now, it’s nothing but positive vibes.

“Zach was awesome,” White said. “He gave me this huge hug. I was real nervous that I hurt his knee and banged him up.”

“He was texting my phone during the game, like every play, knowing obviously that I wasn’t answering,” he continued. “He was like, ‘Oh, my god, that was awesome.’ Then he had this big, long congratulatory text for me and how happy he was. His girlfriend texted my wife. They were unbelievable.”

So was White, who became the first player in NFL history to throw for 400 yards and three touchdowns in his first start. Down 31-20, the former Dallas Cowboys draft pick — cut four times by the Jets last season — threw two touchdown passes in the final 4:36 to lift the Jets to one of their most memorable victories in recent memory.

White’s phone blew up during and after the game, with more than 300 texts. He celebrated in the stadium parking lot with family and friends, savoring the surreal moment.

“We just kind of looked at each other and started laughing almost, just enjoying it all,” said White, who later went out for a quiet dinner with his wife.

Before Sunday, White was a relative unknown. He was on the roster bubble at the start of training camp, but he beat out 2020 draft pick James Morgan for the No. 2 job, convincing the team it didn’t need to sign an experienced backup.

Still, the Jets didn’t want to take any chances, trading for veteran Joe Flacco after Wilson’s injury eight days ago. If White had struggled against the Bengals, they probably would’ve turned to Flacco on Thursday night.

Not now, not after what happened Sunday. Late in the game, the MetLife Stadium crowd, usually booing the team at that point in the game, chanted his name: “Mike White! Mike White!”

“It was special to watch,” defensive tackle Sheldon Rankins said. “Hearing the crowd say his name, I mean, that’s something that only we’ll never forget, but for a guy like him — first career start, in that environment — that was big for him.”

Linebacker C.J. Mosley called it “a moment to remember for him, for the fans and for our football team.”

Several players said they weren’t surprised by White’s performance, claiming he demonstrated skill and poise on the practice field as the scout-team quarterback. Sunday was “a collection of his hard work, his preparation and a young man being ready when his name was called,” Mosley said. 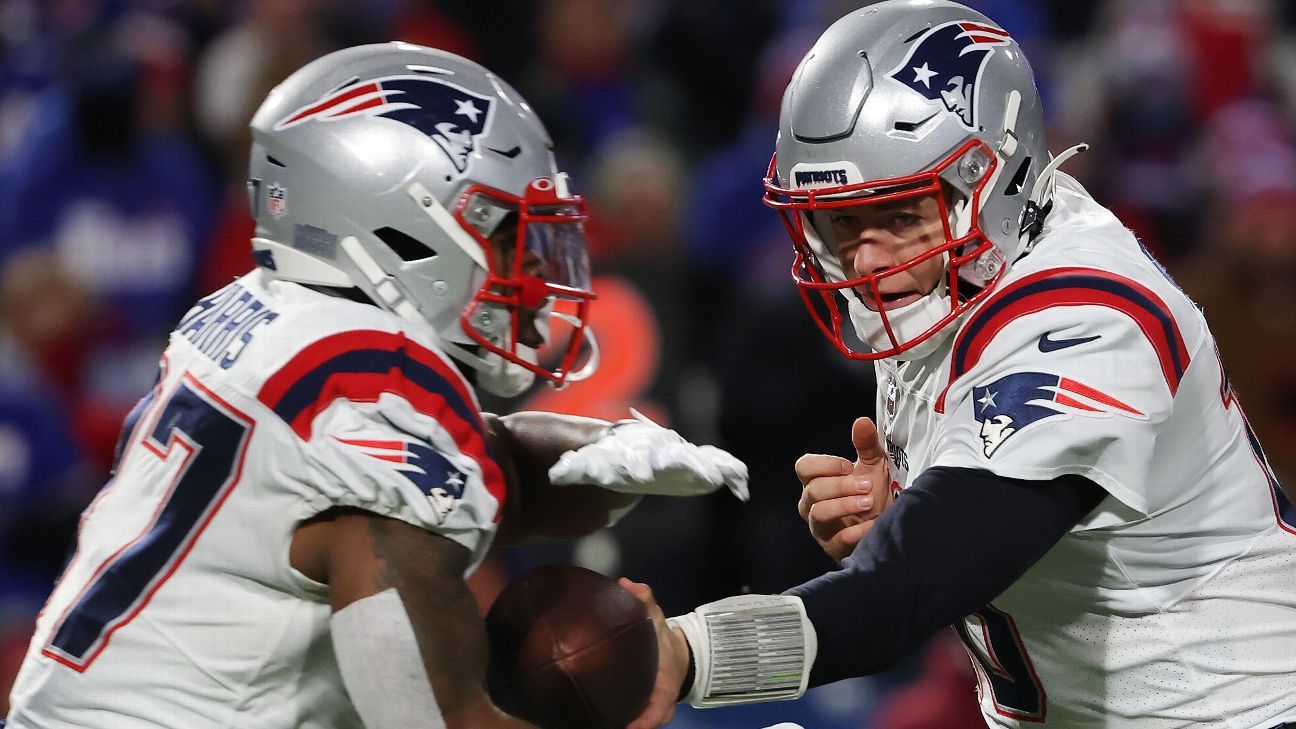 ORCHARD PARK, N.Y. — Taking the ball out of rookie quarterback Mac Jones‘ hands in wind gusts over 40 miles per hour, and relying on their running game, the New England Patriots defeated the Buffalo Bills 14-10 at Highmark Stadium on Monday night to enter their bye week as the No. 1 seed in the AFC.

The three passing attempts are the fewest ever in Patriots history, while the two completions match their fewest, according to ESPN Stats & Information research. The three pass attempts were the fewest by any team since the Bills attempted just two in Week 3 of the 1974 season (vs. the New York Jets).

The Patriots’ fewest pass attempts in a game was previously five, which came in the 1982 “Snow Plow” game against the Miami Dolphins in Foxborough, Massachusetts – a game played in a driving snowstorm that was scoreless in the fourth quarter when stadium worker Mark Henderson drove a tractor on to the field to clear a spot for the only field goal of the game.

The Patriots improve to 9-4, with the Baltimore Ravens, Tennessee Titans and Kansas City Chiefs all 8-4. The Bills, meanwhile, drop to 7-5 and their margin for error to win the AFC East has been thinned.

Jones threw just one pass in the first half — when the Patriots led 11-7 at the break — and completed it for 12 yards. The pass sailed high in the wind and tight end Jonnu Smith pulled it down.

That was the fewest first-half pass attempts by a team since at least 1978, which is as far back as data is available, according to the Elias Sports Bureau.

The previous record was two, which happened three times, most recently by the Indianapolis Colts in Week 14 of 2017 — also in Buffalo, in snowy conditions.

Overall, Jones’ only other completion was a screen pass in the fourth quarter.

The only other games in Patriots history in which they completed just two passes came in December of 1982, and November of 1969 — both against the Miami Dolphins.

Their one passing first down tied for the second fewest in franchise history, and was their fewest since Dec. 4, 1983. The Pittsburgh Steelers were the last team in the NFL that won a game with one or fewer passing first downs, doing so in 2010 with Dennis Dixon as their quarterback. 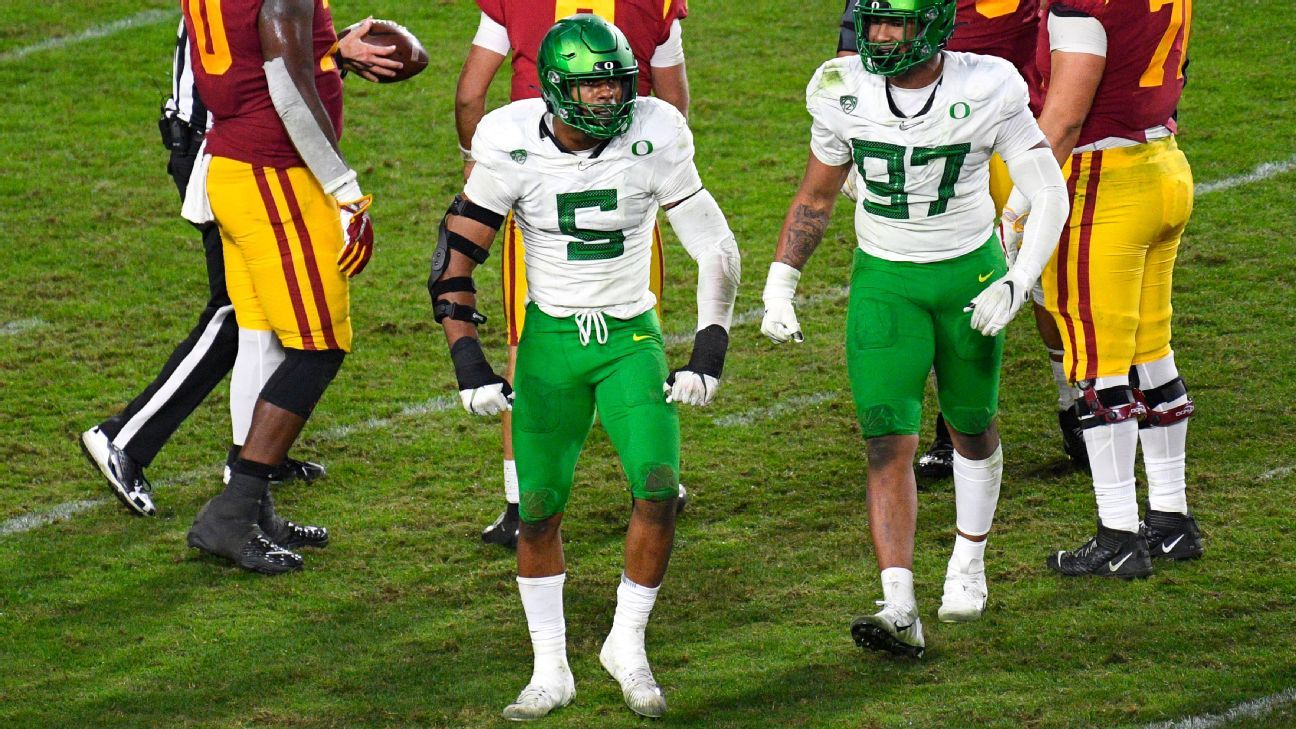 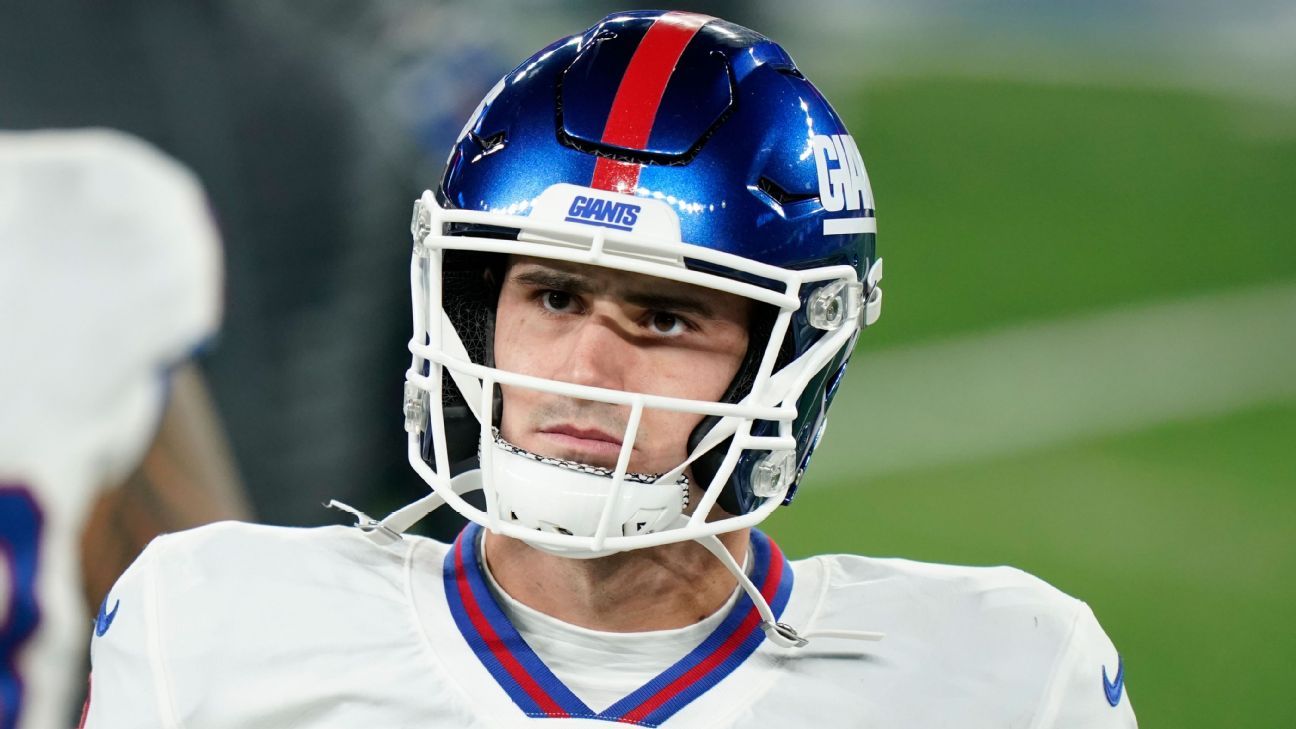