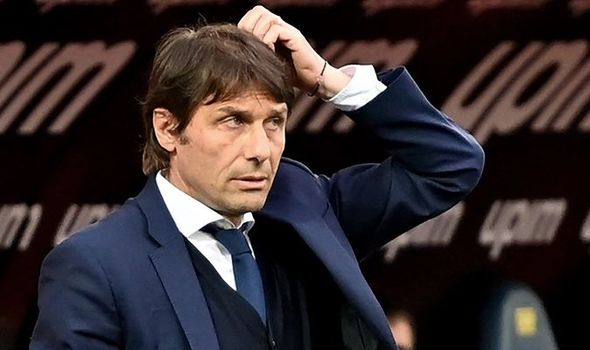 Antonio Conte is reportedly set to take charge of Tottenham over the coming days. 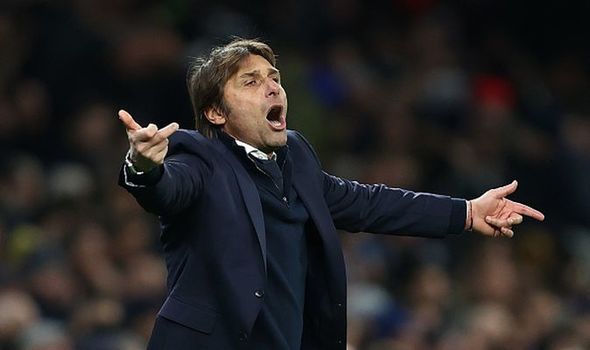 TOTTENHAM saw off Brentford to win 2-0 on Thursday night. 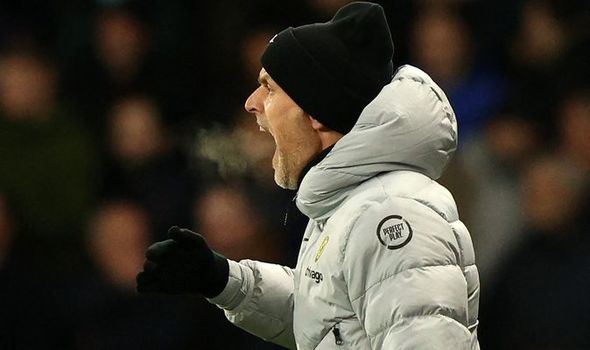 Chelsea secured a narrow 2-1 away victory against Watford

Cristiano Ronaldo’s two goals on Friday morning took him past the remarkable milestone of 800 strikes for club and country, and farewelled Manchester United’s resigning caretaker manager Michael Carrick perfectly with a 3-2 win over Arsenal.

It also summed up the great conundrum that Ole Gunnar Solskjaer could not solve – and that new boss Ralf Rangnick must now wrangle.

‘Never seen anything like that’: Man Utd fume after one of the strangest goals ever

Ronaldo has been absolved of all pressing duties this season. At 36, and never renowned for his defensive pressure, that comes as little surprise. But in a Solskjaer side that last season had implemented a consistent press to reasonable success, Ronaldo’s blockbuster return to Old Trafford resulted in the defensive structure crumbling. The Portuguese great is not solely to blame for their issues under the former manager, not at all. Solskjaer failed to renovate his defence to include the five-time Ballon d’Or winner and brought no clear attacking ideology or structure to the team.

But in Ralf Rangnick, United’s interim manager for the rest of the season, the club have turned to a mastermind of the modern game – and one fully dedicated to high-octane defensive pressing. His biggest conundrum will be how to include Ronaldo in his plans.

As The Telegraph declared: “United may fall apart at times, they may regroup, they may press, they may forget to press, but in a world of uncertainty at English football’s fallen empire there is something reassuring about the man who now has 801 career goals.

“It is up to Rangnick to decide whether he can fix the rest without asking Ronaldo to chase lost causes. What is certain is that Ronaldo will not think there is anything much wrong with what he is delivering.”

Michael Carrick, a 463-game club legend who took to coaching under Jose Mourinho after retiring four years ago, oversaw three unbeaten games as caretaker manager after Solskjaer’s recent sacking. He stopped the team’s slide down the Premier League ladder and instilled belief that this season could be saved. As the Times wrote, “Carrick’s nickname among his teammates was “Havoc”, a moniker acquired during team video game sessions, yet he will be known as the man who restored some calm, belief, organisation and identity to the side and allowed United’s fans to view their team with pride again. They saw players playing for the shirt, putting in a shift again, with even the much maligned Fred impressing last night.”

Carrick’s first game in charge was a 2-0 win over Villarreal which secured their place in the last 16 of the Champions League. Then came a 1-1 draw with league leaders Chelsea, before today’s chaotic 3-2 victory. In that brief and successful stint, he has brought some semblance of stability to the club by adopting a controversial new game plan.

Against Villareal, he dropped Bruno Fernandes to the bench – something which helped United’s defensive structure. They went into the break goalless, before Fernandes came off the bench to assist a goal after Ronaldo had opened the scoring.

Against Chelsea, Carrick made the bold decision to drop Ronaldo to the bench for the first half. Again, by leaving one half of the Portuguese superstar duo on the bench, United’s defensive structure and pressing was much-improved compared to the sloppy Solskjaer days. Ronaldo, visibly frustrated at his demotion, emerged off the bench as United soon took the lead only to throw it away by gifting Chelsea a penalty. “The way he responded was perfection really,” said Carrick.

But Carrick had discovered a blueprint that could serve Rangnick well: bench one for the first half, before unleashing them in the second half in an offensive blitz to snatch goals and results.

The awful conundrum is that Bruno Fernandes – the club’s best player of the last two years – and Ronaldo – arguably the greatest player of all time – don’t regularly deliver results when they start together.

Before today, United had lost six games, drawn one, and won just five when the duo both started. In the six games this season where either one was benched, they had not lost. It’s a stark statistic.

Today, they both started and United conceded in the first half, albeit thanks to a bizarre scenario where keeper David de Gea was down feigning injury after being trod on by teammate Fred.

The same old problems showed up – a worrying lack of cohesion in the defensive structure – but were luckily mitigated by Arsenal throwing away possession cheaply (and then gifting a penalty which cost them the game).

Arsenal boss Mikel Arteta was scathing in his assessment, declaring his side were “sloppy in possession”.

The crucial part of that statement was when he said Arsenal “gave them (Utd) structure”. That structure has been sorely lacking, particularly when Fernandes and Ronaldo both play together. Today’s result might have been the right one, but it did not necessarily show that the duo should regularly start together.

Carrick recently addressed the issue of benching either of the Portuguese stars, saying he believed they could succeed together. And, when asked whether Ronaldo could play in a pressing team, Carrick replied: “You just said it is myth, maybe it is a myth (he can’t press). Maybe that is how it is, he’s played in enough teams over the years being successful to play in a variety of ways and kept scoring goals for every team.

“With any player, whoever you play with, you adapt. I certainly did that as a player and you play to the strengths of each other and try and almost complement each other whichever player is playing in the team, as a unit or a pair in front or behind each other.”

Ronaldo’s record with United is single-handedly impressive: 12 goals from 16 appearances since his return. Rangnick’s biggest problem is ensuring Ronaldo can keep scoring in a restructured United.

As the BBC wrote: “The notes Rangnick made throughout the game probably didn’t include a simple ‘I need to get the best out of my new number seven’ but if he can, within a team structure that performs to the sum of its parts rather than the mess it turned into during the final two months of Ole Gunnar Solskjaer’s reign, United’s results will improve.”

United are well in contention to qualify for the Champions League next season with a top-four league finish. And they have a dream run of fixtures ahead – the relegation-zone Burnley, Norwich and Newcastle, as well as bottom-half Brentford and Aston Villa all in their next seven games. Combine that with a Champions League clash against Young Boys, which qualification into the next stage already secured, and it’s an ideal start for new boss Rangnick.

Now it’s up to him to build on Carrick’s blueprint for the future – and to solve the great Ronaldo-Fernandes conundrum.