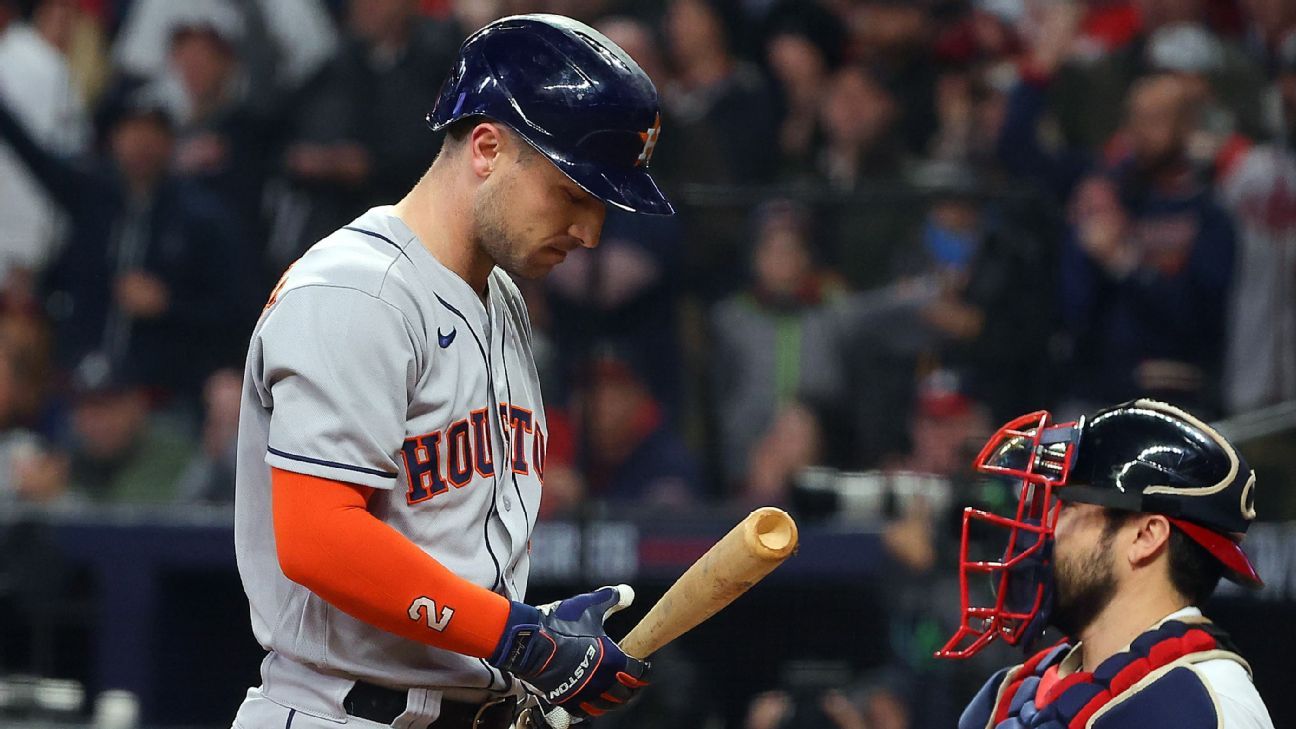 ATLANTA — Houston Astros manager Dusty Baker has been around long enough to know the seven stranded runners his team left on base in the first three innings of Game 4 of the World Series would come back to haunt him later in the night.

It’s exactly what happened after Houston managed just two runs one day after getting shutout and now find themselves in a 3-1 series deficit and one defeat away from dropping their second World Series in three years.

“We usually pick those runners up,” Baker lamented after the 3-2 loss to the Atlanta Braves on Saturday. “We left quite a few runners on base.”

In fact, they left 11 on-base for the game and have gone hitless in their last 17 chances with men in scoring position, dating back to Game 2. The biggest culprit is third baseman Alex Bregman. He’s been a rally killer in the heart of the Astros order. He’s just 1 for 14 (.071) in the World Series and struck out in the first inning off shaky Braves opener Dylan Lee, with two men on base.

Houston managed just a single run in the inning after loading the bases with one out.

“We really had them on the ropes in the first inning and we came out of there with one,” Baker said.

Baker admitted he may have to tinker with the lineup out of desperation on Sunday, hinting he could move Bregman down from his usual place at No. 3 in the batting order. Shortstop Carlos Correa was asked if he’s given any advice to his struggling teammate.

“There’s nothing I need to tell him,” Correa said. “He’s preparing every day to do his best out there. I saw him hit four times today. … He’s trying to fix it. Same with me. I’m putting in the work. I hit three times in the cage.”

Correa is hitting just .143 for the series while ALCS MVP Yordan Alvarez sits at .091. The Astros look out of sync, perhaps impacted by the colder game time temperatures in Atlanta, the inability to take outdoor batting practice due to rain the last two days and the loss of the designated hitter for the middle three games.

After scoring at least five runs in 10 of their first 12 playoff games this month, they haven’t come close the last two days.

“They’re not giving us a lot of pitches to hit,” second baseman Jose Altuve said. “We’re trying hard as hitters. We’ve got a good lineup, we know, but sometimes you have to give credit to the other team as well.”

Except the other team gave the Astros an opening by pitching Lee, who had never started a game in the majors before Saturday. After he faltered in the first inning, the Braves went to righty Kyle Wright who threw a total of six innings this year. The game was there for Houston’s taking and they failed.

It also opened the door for second guessing as Baker let Zack Greinke hit for himself with the bases loaded and two outs in the third inning. The veteran wasn’t scheduled to pitch long into the game anyway, but after he singled in his first at-bat — while looking sharp on the mound — Baker left him hit again. He grounded out.

“Greinke swung the bat well,” Baker stated. “He got the pitch that he was looking for, and we really needed to stretch Greinke out some because we’ve been going to that bullpen like super early every day.

“You can second-guess all you want to … that was my decision. We had left some runners out there prior to that.”

Baker had to feel good about the move as Greinke gave them two more clean innings. In fact, it was his best outing in months having thrown very little due to an injury and inactivity during the postseason. The veteran went four innings without giving up a run.

“It felt better than it has in a while,” Greinke said. “Tough game, though.”

Despite stranding all those runners, the Astrots were up 2-0 in the sixth inning before the Braves mounted their comeback. Back-to-back home runs off ace reliever Christian Javier in the seventh inning was a back breaker. They were the first runs he’s given up this postseason.

“None of these guys are perfect,” Baker said. “They could have popped those balls up, but they didn’t. These things happen. That’s why you play the game. Nobody’s infallible. It can happen to the best of them.”

The Astros have been here before. They were down 3-0 to the Tampa Bay Rays in last year’s ALCS before losing in seven games and also won three in a row in this year’s ALCS to advance. The difference is in the last round they were only down 2-1 in the series. Now, their backs are fully against the wall.

Asked how the players are handling the situation facing them, Altuve used the old “one game at a time” approach. If it ever were to apply to a situation, it does here for the Astros.

“If we win tomorrow [Sunday], then try to win Game 6 and see what happens,” he said. “But we’ve got to focus on one game, and that game is tomorrow.” 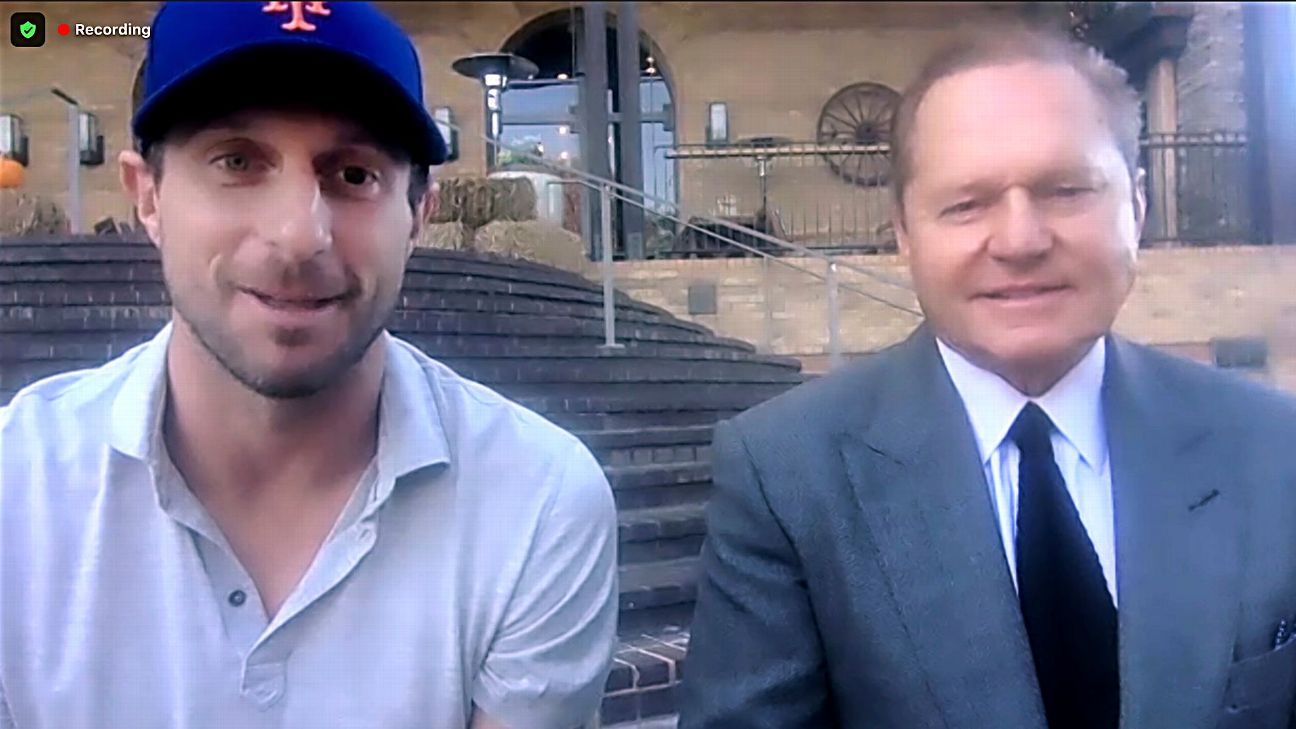 It was fun while it lasted.

For two glorious weeks, we got a glimpse of what baseball’s hot stove season could look like if allowed to flower to its full potential. It began with a few trickles in the middle of November — an Eduardo Rodriguez here, a Noah Syndergaard there — and two weeks later was a full-blown gusher. The signings came so fast it was dizzying, in a good way.

Then, at the end of the first day of December, the fire hose of transactions stopped, as if someone forgot to pay the water bill. Since then, it’s been crickets, save for a few minor league invites. All we’re left with are the last publicly issued, self-serving statements from both sides of baseball’s great money dispute echoing through streets that only a few days ago were filled with shouts and laughter.

Or, to put it in less grandiose terms: An offseason that was so much fun has suddenly turned into a major bummer. Thank goodness for Sunday’s glorious announcements from the Hall of Fame.

Now that baseball’s offseason has been halted by the great cosmic pause button, let’s take a moment to acknowledge that baseball stumbled onto something pretty great when it spurred a frenzy of activity in advance of a jarring shutdown we all knew was coming. Why not learn from that and make an MLB free-agent deadline an annual event? 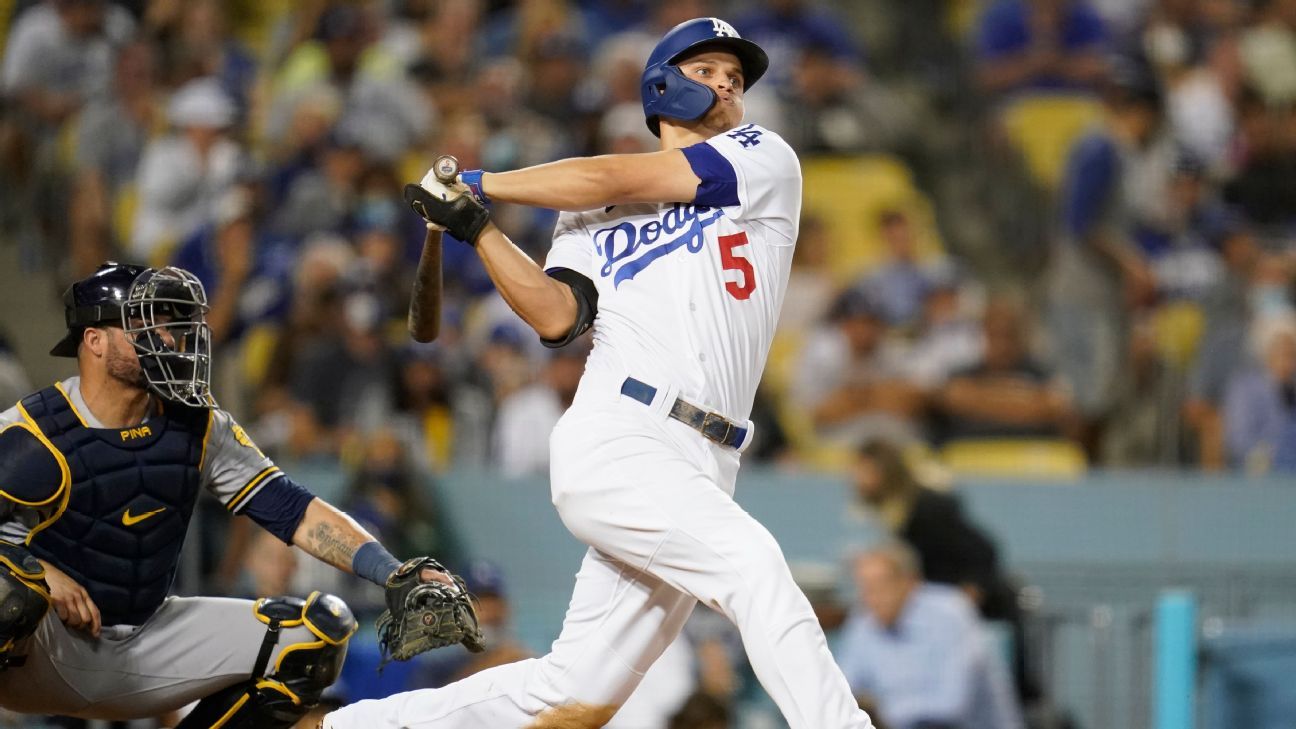