Coughing up a two-goal lead at home against Brazil on Tuesday night laid bare a number of problems new and old – but also provided the ultimate proof that he’s taking on Australia’s biggest World Cup concern ahead of the biggest tournament taking place on home soil in 2023.

If one thing sums up coach Tony Gustavsson’s long-term Matildas project like no other, it’s this. He made five substitutes against Brazil on Tuesday night. Four of them – Clare Wheeler at halftime, then Angela Beard, Courtney Nevin, and Bryleeh Henry for the crucial final stages – debuted in the two games before tonight’s clash. Two others to start the game, Kyra Cooney-Cross and Mary Fowler, are also teenagers.

Facing the world’s seventh-ranked team, both in his starting line-up and with substitutes at crucial junctures in the game, Gustavsson turned to the youth brigade.

In just 14 games under Gustavsson, 12 players have debuted this year (the most in over 13 years). Sydney FC goalkeeper Jada Whyman – a Sunday call-up as an injury replacement – and Jamilla Rankin were also uncapped players included the squad.

Gustavsson is building towards the 2023 World Cup – and his ultimate show of faith in his young group will prove crucial.

A Football Australia report published in December 2020 that found the Matildas had a much shallower pool of players than many top women’s nations, after just eight players debuted for the Matildas between 2017 and 2020. For example, Japan debuted a whopping 32 players in that four-year period.

The Matildas’ over-reliance on a ‘core’ group of 11 players meant fewer opportunity for ‘fringe’ players, who were also found to be playing less frequently at their club level than fringe players from top rival nations. Combine that with an ageing squad and the long-term implications for the Matildas at the 2023 World Cup and beyond were seriously concerning.

Gustavsson hasn’t turfed the core group of Matildas veterans out, but instead has rapidly moved to integrate a host of fresh faces into the squad. The constant chopping and changing has contributed to the topsy-turvy results under Gustavsson, but there are so many promising signs going forward.

The current Matildas crop now features six centurions: Clare Polkinghorne (138), Elise Kellond-Knight (113), Emily van Egmond (110), Kyah Simon (103), Sam Kerr (102), and Alanna Kennedy (101) – the 11th Australian woman to reach that milestone. Four others have made at least 90 international appearances: Tameka Yallop, Lydia Williams, Steph Catley and Caitlin Foord. Five of those ten incredibly experienced players are under 30 years old. All 10 are in contention to play both in the Asian Cup in India (just 85 days away now) and the World Cup on home soil in 2023.

But Gustavsson and Football Australia are desperate to build a balanced squad, not just for 2023 but for the longer term. He has copped some poor results in doing so, like giving away a two-goal lead to draw today. But it’s a short-term pain for long-term gain – and in friendlies like today, development is more important than winning.

Wheeler and Fowler’s standout performances on Tuesday showed once again that the youngsters are well and truly up to the task.

THE DEFENCE IS A BIG WORRY – BUT THERE ARE TWO ANSWERS

Only twice in 14 games under Tony Gustavsson have the Matildas kept a clean sheet. That has seen the Matildas win three times, draw three and lose eight – conceding a whopping 33 goals in the process. In seven of those 14 games, the Matildas have conceded three or more goals.

It is not just about frailties in the backline, but is mostly due to a tendency to lose the ball under pressure in the centre of the park. That is a natural drawback to the high-tempo offensive approach Gustavsson espouses (and which leads to plenty of goals going forwards).

As he said after Saturday’s game, “There was some good things in our performance, yes, but I also think there were some areas when we were vulnerable, we got dispossessed in some bad areas and the concession game could really hurt us.”

He also said: “Yes, we’ve conceded a lot of goals, but if you should criticise someone for that, it’s me, because I’m putting the players through a process here where it’s all about preparation,” he said.

The issue reared its head again today, albeit in a slightly different fashion. With Brazil pressing much higher, the midfield had little time on the ball – and the visitors largely controlled the tempo after the opening quarter of an hour.

But there are two significant tactical changes which are improving the defence. The first was the return to a four-person defensive line rather than the three at the back predominantly used during the Olympics. The second was Gustavsson’s halftime swap to a double pivot in the midfield triangle – with substitute Clare Wheeler partnering Emily van Egmond at the base of the midfield and Mary Fowler in a centre attacking midfield role.

It’s the inverse of the midfield triangle formation used on Saturday and in the first half, and made a huge difference. Wheeler was superb, while Fowler was far more influential after she moved from her wide position into the centre of the park – and came so close to continuing her brilliant scoring streak when she struck the post in the second half.

Remarkably, it’s not a formation that Gustavsson had ever trained his side in before the match. He said a ‘two-minute’ analytics session during the interval was all his players had to learn their new roles. It certainly helped to wrestle back momentum.

Tactical flexibility – both against different opponents and to respond to in-game situations – has been a hallmark of Gustavsson’s style. Getting the most out of Wheeler, Fowler, and Cooney-Cross – who was swamped in the first half in the number six role – will prove crucial to maintaining possession and reducing the number of goals caused by losing possession in dangerous positions.

But there was another good sign on Tuesday. While Brazil bombarded Lydia Williams’ goal, many of their attempts were from outside of the box, and the Matildas threw their bodies in front of the ball again and again with desperate blocks – something Gustavsson said had been a priority in training after Saturday’s win. Unlike that 3-1 victory, Brazil rarely created one-on-one chances against Williams thanks to some improved defence on Tuesday.

Conceding a set-piece goal due to sloppy defence, which was the case in Brazil’s first strike on Tuesday, never pleases a coach but is thankfully relatively fixable.

Meanwhile, changing to a four-person defensive line also produced the added benefit of getting the best out of Ellie Carpenter. Carpenter had struggled to get forward in the Olympics due to the three-defender formation, something which hurt Australia in attack. From the first minute against Brazil on Saturday her marauding runs down the right flank left Brazil’s defence unsettled and created a host of chances, and she picked up an assist for Kerr with a brilliant end-to-end team move as she combined down the right side with a number of teammates in a sweeping attacking move.

Gustavsson won’t throw out the three-player defensive formation completely – he is right to want adaptability and plenty of options up his sleeve come the major tournaments. But it is clear the four-person defensive line is something with which Australia’s defenders are most comfortable, and helps to get the best out of Carpenter going forward. The Matildas look to have found their ‘Plan A’ in defence – and the double-pivot could be the same for the midfield.

On Saturday, the Matildas weren’t clinical in the final third. They made the wrong choices often – snapping at passes or crosses instead of showing patience. It was something Gustavsson highlighted after the game.

On Tuesday, the problem was slightly different. The Matildas struggled to get the ball into the final third with regularity – largely thanks to Brazil’s much-improved defensive pressure which shut down the space that had been afforded Australia on the weekend.

The Matildas’ offence is largely targeted around getting the ball to Sam Kerr in the box. When you do that often enough, Australia’s talismanic skipper scores a hatful of goals – Tuesday’s second-half strike took her tally to 49, just one shy of Tim Cahill’s all-time Australian international record.

Her goal perfectly epitomised Gustavsson’s tactical approach. It went from Wheeler picking up the ball in line with her own 18-yard box, to a switch of play to the right flank on the halfway line, to Carpenter bursting forward and exchanging a quick series of passes with the midfield and forwards, and finally to Kerr on the edge of the Brazil area. Kerr did the rest, completing one of the finest team goals we have seen in years.

A gushing Gustavsson declared the play straight off the training ground. Too often on Saturday – and in the 12 games under the Swedish tactician prior to that clash – the Matildas would bomb crosses into the box in search of Kerr.

But her goal proved that Gustavsson’s approach of high-tempo offence can get the best out of the striker, while Australia’s midfield corps are adept at making late runs into the box to get on the end of cutbacks – such as Mary Fowler and Emily van Egmond did so well on Saturday. Fowler, again, could have had another goal. And Caitlin Foord should have scored the opener from six yards out when Carpenter completed another dashing run down the flank – complete with neat passing interchanges with the midfield – to whip in a beautiful cross.

Then of course there was central defender Clare Polkinghorne’s opener, which came off another set piece like her strike on Saturday. Goals from defenders are worth their weight in gold, and Polkinghorne is in career-best scoring form. Not bad for the most-capped player in the squad.

The Matildas have plenty of weapons going forward – and a clear plan of how to do so. Whether it’s getting the ball into the final third, or executing from that position, Gustavsson is slowly but surely evolving his offence to pound the pressure on defences. Polkinghorne is reaping the benefit of the chances that creates, as is Kerr, Fowler, and a host of others. The blueprint for success has been drawn up in permanent marker. Now it’s just about tinkering, and practising, until it reaps rewards. 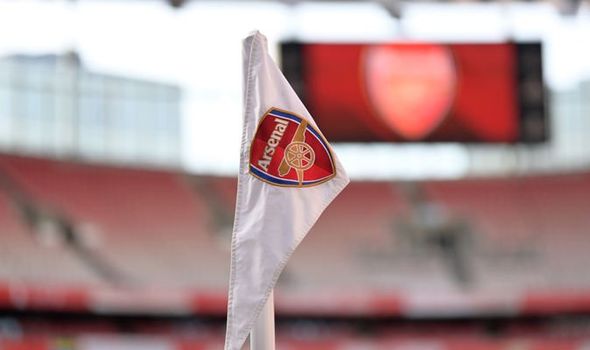 AN UNNAMED Arsenal player is reportedly the subject of an investigation by the Football Association over a yellow card. 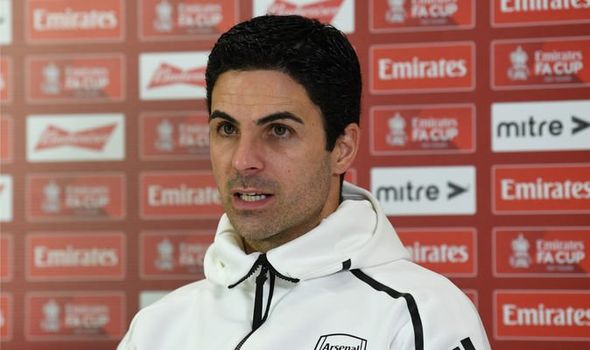 ARSENAL face the second leg of their Carabao Cup tie against Liverpool on Thursday but appear to have made a mistake in the build-up. 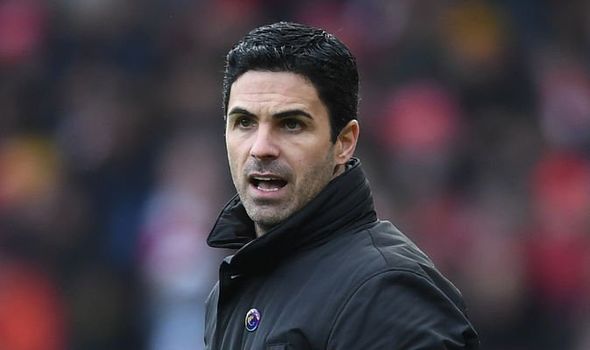 ARSENAL are due to host Liverpool on Thursday evening.

Who would be tougher for the Cowboys to replace, Dan Quinn or Kellen Moore? – Dallas Cowboys Blog