You simply can never write him off. The greatest Champions League goal scorer of all time and arguably the greatest scorer in football history. Cristiano Ronaldo on Thursday morning proved once again that logic – and seemingly father time himself – are no match for his almost superhuman ability and will to win.

In the 81st minute of a crucial Champions League clash delicately poised at two goals apiece, Ronaldo leapt into the air and paused there for what felt like an age before thundering a header into the bottom corner and wheeling away in jubilant celebration.

Then Ronaldo emphatically sent his header past a hapless, flailing Juan Musso. His 137th Champions League goal, his third in three European games this season and his second late matchwinner after a 95th-minute strike against Villareal handed United their first win in the group stage three weeks prior.

“Yes!” he tweeted. “The Theatre Of Dreams is on fire! We are alive! We are Man. United and we never give up! This is Old Trafford!”

Old Trafford had turned against the side after more woeful set-piece defending saw them fall two goals down in the first 28 minutes. The first saw a quickly-taken free-kick catch United napping, a cross fizzed across the turf turned home by Mario Pasalic. The second was a Merih Demiral header, again from barely six yards out, when the centre-back was poorly marked by Maguire and Luke Shaw on a corner.

Ronaldo cut a picture of despair after the goal, shaking his head as he shared a terse word with Spanish gloveman David de Gea. Two-nil down at home, more woeful defending, and United were on the brink of a disastrous defeat to a young Atalanta squad missing almost half their regular XI.

Ronaldo waved his arms in frustration at his teammates later in the first half as United’s attack stuttered, their lack of clear game plan translating into a stilted tempo going forward. After being cut apart by Leicester in a 4-2 defeat on the weekend, no wonder the Old Trafford faithful booed.

Yet those boos were answered by the Stretford End, gamely clinging onto hope for a miracle. It arrived in the shape of an inspired second-half performance, first through Rashford’s clinical strike from a tight angle, then through Maguire making amends for his first-half errors with an equally precise finish into the bottom corner. The miracle was completed when Ronaldo soared into the sky to meet a Luke Shaw cross and powered it into the net. Old Trafford exploded as one as their miracle man did it again, as he has done across the years and the continent.

Ronaldo fluffed a gilt-edged chance just two minutes into the second half when played through into the box by Bruno Fernandes. He missed a second opportunity on the hour mark when he tried to copy Rashford’s goal only to have his shot well saved by Musso. But for all that, when victory was on the line, with United still in the game thanks to a fine double save from de Gea, Ronaldo stood up and grabbed the game by the scruff of the neck. He is the ultimate player for the biggest moments. For the magic of a Champions League night in front of an Old Trafford crowd baying for blood. For a coach with his job on the line, for a club struggling for form and struggling with the weight of their lofty expectations after a massive transfer window.

That’s three goals in three Champions League games for United this season – including two all-important late winners. Six in eight games in Europe and the Premier League since his stunning return to the Theatre of Dreams.

It’s why he was brought back to United. Not for the millions of commercial and sponsor dollars it brought to the club. Not for the maligned owners, the Glazer family, to curry favour with the fans by pipping their Manchester City rivals to bring a club hero home.

His signing was criticised by many – for those reasons and others.

United had an already-stacked forward line: Rashford, Jadon Sancho, Anthony Martial, Mason Greenwood, and a fellow veteran goalpoach in Edinson Cavani. But the club promised Ronaldo would develop the youngsters and take them to the next level. So far, he hasn’t combined brilliantly with them. United’s offence has been disjointed at times. Coach Ole Gunnar Solskjaer seemingly doesn’t know which ones to play alongside Ronaldo – and then there was the Aston Villa defeat when Ronaldo didn’t start, a move which legendary former manager Sir Alex Ferguson panned. Ronaldo hasn’t notched an assist in his eight games this season, though he could have had one against Atalanta had Bruno Fernandes scored when he cut in onto his left foot after a pass from Ronaldo.

There was criticism, too, that Ronaldo wouldn’t fit into Solskjaer’s pressing defensive system. After all, the Portuguese star has never been one to work particularly hard to shut players down – and at 36 he’s not getting any younger. Last season he was ranked in the lowest one per cent of forwards in Europe’s top five leagues for his defensive pressures with Juventus. This season he is averaging the fewest defensive pressures of any Premier League striker. United’s other attackers are agile and run their hearts out in defence. Ronaldo is not – and it has proved disastrous at times for United’s defence. That was particularly evident against Leicester, who were able to play through the middle of the park with plenty of time and space. The Foxes put four goals on the Red Devils, though Ronaldo certainly can’t take all the blame for United’s porous, error-prone defence that was on show again today.

Today, Ronaldo worked notably harder in defence, as much as he was frustrated with the way his side conceded easy goals.

And Solskjaer’s message about his star number seven’s effort was simple.

“If anyone wants to criticise Ronaldo for attitude and work rate just watch the game today,” said the United manager.

But Solskjaer might just have to change his defensive system to accommodate Ronaldo – or risk conceding even more goals.

Solskjaer said his halftime message to the players was simple: “I said make sure we get the next goal and as long as we did not concede the next goal I knew we’d win the game.”

As someone who witnessed Ronaldo’s work as a teammate when he wore the United jersey in his first stint, little wonder Solskjaer held such confidence in victory with the Portuguese leading the line. He could easily have opted to take Ronaldo off in the second half, especially with a massive clash with Liverpool this weekend. Instead, he brought on Sancho and Cavani for Greenwood and goalscorer Rashford. He was rewarded by United’s second oldest Champions League scorer doing what he does best at 36 years and a touch over 8 months.

Arsenal legend Arsene Wenger told beIN: “Ronaldo is a champion, and we saw that it is never a coincidence that he turned up again with a wonderful header. We forget many times when we speak about him how good he is in the air.”

The United faithful won’t forget this goal, just the latest example of the superstar’s superhuman ability as he continues to defy the critics and time itself. 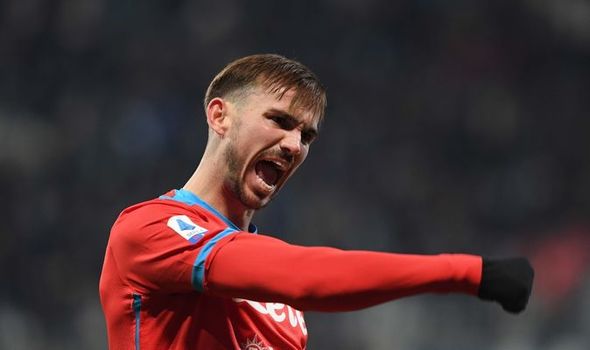 MANCHESTER UNITED have been linked with Napoli’s Fabian Ruiz in recent weeks. 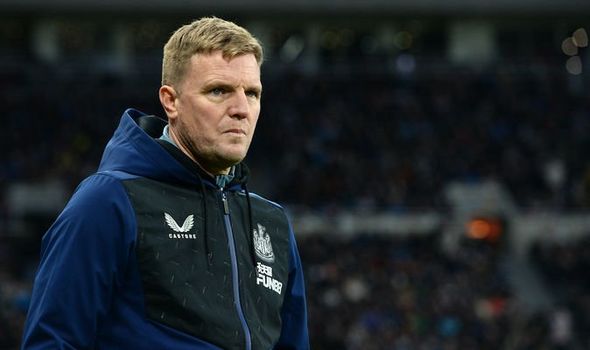 NEWCASTLE have already made two signings in the current transfer window. 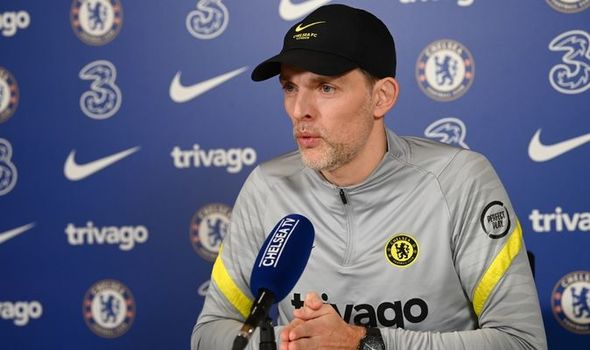