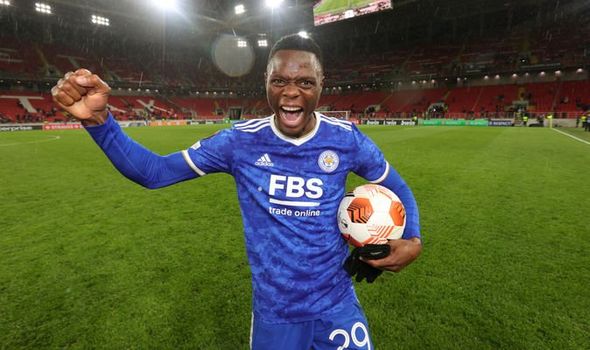 Patson Daka signed for Leicester over the summer after moves to Liverpool and Chelsea didn’t materialise. 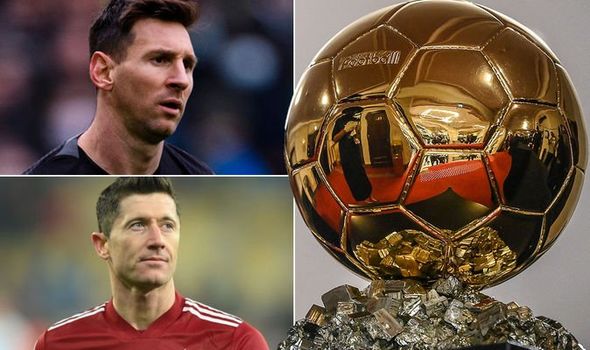 BALLON D’OR 2021 rankings are slowly being revealed throughout the evening, with Lionel Messi, Robert Lewandowski, Jorginho, and Mohamed Salah all in contention for the crown. These are the world’s top 30 football players.

As the snow hit the Premier League this week and saw Tottenham’s game with Burnley called off, Cristiano Ronaldo was left out in the cold in what should be Michael Carrick’s last game as caretaker manager of Manchester United.

Elsewhere, Liverpool were hotting up and Arsenal made the league’s richest club look poorer than ever.

Ralf Rangnick has finally been confirmed by Manchester United as interim manager, and depending on visa requirements, he should be in the dugout come Friday morning for the visit of Arsenal to Old Trafford.

And if that is indeed the case, Michael Carrick will have ended his tenure with a record of two games played, one win and one draw. And one massive decision.

That was the decision to drop Cristiano Ronaldo to the bench for the trip to Chelsea, a massive game in their season and the opportunity to end the losing streak that ultimately cost Ole Gunnar Solskjaer his job.

Gary Neville insisted it was a clear sign that Rangnick was already making changes to the United team, while it was pointed out that technical director Darren Fletcher, who was also sitting on the bench, was seen with an earpiece in – with many speculating it was a direct line to the incoming interim manager.

“A lot of people having a go at Michael Carrick for dropping Ronaldo and picking that midfield,” he tweeted. “I’ve a feeling that the incoming manager has picked that team as it’s a huge departure from midweek and what they’ve been doing.”

However, Carrick insisted it was all his decision and Rangnick or anyone else had no impact on the decision to drop Ronaldo.

“That’s not the case, no,” Carrick said. “We came here with a plan and I knew how Chelsea would play. We wanted to stop the short passes into Jorginho and [Ruben] Loftus-Cheek, and we wanted to put some freshness into the team and tweak the tactics. It’s just how we decided to go and it nearly paid off.”

What a difference a week makes for Aston Villa.

Under Dean Smith, they were sliding towards the relegation zone after a string of poor results. A swift change in manager with Steven Gerrard coming in, having the international break to settle and start working and then back-to-back wins over two high-flying teams followed.

A 2-0 win over Brighton and a 2-1 win over Crystal Palace, with Palace’s goal a late consolation, and Villa have catapulted back up the table in an instant.

Gerrard is only the second Villa manager to win his first two Premier League games after John Gregory in 1998 and while there are tougher tests ahead with Manchester City, Leicester City and Liverpool, they’re no longer looking over their shoulders anymore.

“This is a level where you need to remain concentrated and focused,” Gerrard said. “One thing we won’t do is get carried away on the back of two wins.

“I’ve worked extremely hard to get to this position, so I want to give it the best shot from a personal point of view.”

They may have all the money in the world but Newcastle United are not getting any better than when their pursestrings were so tight under former owner Mike Ashley.

Newcastle are the only team in the league without a win with a third of the season already gone. They’re on six points and are already six points adrift of safety and three points off Norwich in 19th, who have won two and drawn one of their last three fixtures.

So much will depend on what happens in January and the quality of players they can sign otherwise they will be facing a two-year delay on their multi-billion dollar ambitions and they fall into the Championship again.

Wednesday morning’s (AEDT) visit of Norwich City to St James’ Park will be a crucial relegation six pointer. Win and they are in with a chance, lose and it will take an almighty turnaround to get out of the bottom three from there.

The other team in the relegation zone, Burnley, are up next before a daunting four-game run of away games with Leicester and Liverpool and home games with Manchester City and Manchester United.

December could be make or break for Newcastle.

What’s happened to Everton? Rafael Benitez’ bright start to life in the other dugout in Merseyside started so well, with his bargain buys turning in some excellent performances to move the Toffees up the table.

But now they just look stuck after losing their fifth game in the last six Premier League matches and taking just one point from a possible 15 after the 1-0 loss to Brentford.

The pressure will be on Benitez to turn it around quickly, given his appointment was not overly well received given his past life as Liverpool manager and the comments he made about Everton while on the other side of Stanley Park.

“We can understand the frustration of the fans because, also, we are frustrated,” Benitez said.

“You cannot complain about the effort of the players or the intensity they put in the game, they tried from the beginning until the end.

“We had lots of crosses, lots of shots, we couldn’t score, but you cannot complain about effort and you can be disappointed, like everyone, because we don’t want to lose.

“We were not expecting [the poor run], the way the team was playing at the beginning. We have been analysing that. We have missed some key players, with Doucoure coming back it seems a little bit better but overall we didn’t deserve to lose but when you put everything together it seems worse.

“The reality is the team is giving everything on the pitch, you can see the togetherness of the players and they were fighting until the last minute, I can understand the frustration but you cannot complain about effort.”

Ironically, it’s Liverpool who are up next at Goodison Park and it might get worse before it gets better.

Two 4-0 wins in a week and memories of that defeat against West Ham just before the international break has been all but banished for free-scoring Liverpool.

With the victory, the Reds have moved to within two points of top spot having scored a whopping 39 goals already this season, keeping up an average of three goals scored a game so far. If they keep this up, they will dwarf Manchester City’s record of 106 in a Premier League season and are on course for a total of 114.

They may not be top but it’s hard to not consider Liverpool as favourites the way they are playing and – in particular – attacking.

Diogo Jota’s second strike was the 700th scored under Jurgen Klopp’s reign and the 27th consecutive game Liverpool have scored in in all competitions. They’ve also matched Sunderland’s top-flight record from 1927 of scoring at least two goals in each of their last 17 Premier League games.

Make no mistake, this Liverpool team is a terrifying proposition right now 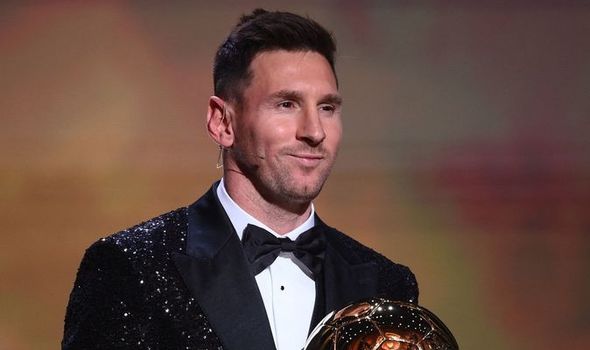 THE Ballon d’Or ceremony will take place in Paris tonight as the best footballer of the year is revealed.

Wander Franco, Tampa Bay Rays both get what they want in $182 million deal

Lance Klusener not to continue as Afghanistan head coach