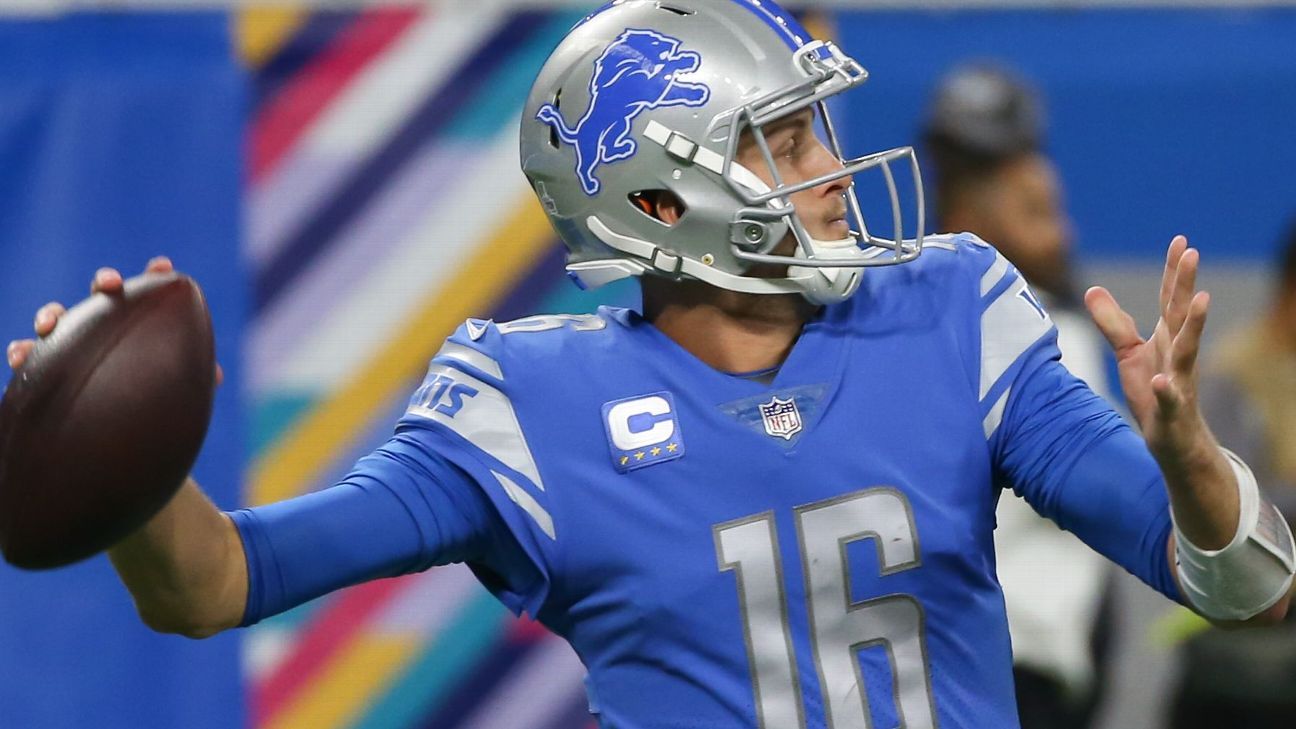 ALLEN PARK, Mich. — Despite being more than 2,000 miles away from California, Detroit Lions quarterback Jared Goff couldn’t hide the “sourness” that he feels about how his trade from the Los Angeles Rams unfolded, with no communication.

However, as the former Rams star gets set to make his return to SoFi Stadium — on the opposing side — he won’t let the reunion ruin his focus, which is to help the 0-6 Lions try to get their first victory Sunday.

“To sum it up, it’ll be fun to see all those people and it’ll be fun to be there. Of course, you’re motivated. Of course, you have the chip on your shoulder. I’ve spoken about that,” Goff said following Wednesday’s practice. “There was some disrespect felt towards the end, there was some sourness there towards the end and you still feel that, you still have that chip on your shoulder, but at the same time, when the game starts, if I let any of that come into how I’m gonna play the game, it’ll be selfish.

“And I’m gonna play the game just how I would any other game and to be honest, I’m not worried about feeling some type of way, once the game starts,” he added. “I really don’t.”

The Lions traded Matthew Stafford to the Rams in March for Goff, a 2021 3rd-round pick, 2022 1st-round pick and a 2023 1st-round pick. Stafford has the Rams off to a 5-1 start while the Lions are the only winless team in the league.

“When you’re the quarterback for an organization — really, both of them for a period of time — there does come some emotions that come with it, but I don’t care who you are,” Lions coach Dan Campbell said. “When you’ve played for a team for a number of years and then you go to play them again, there is an element of — there are mixed emotions, man.

“You want to win, but you also — there are so many people that you remember and were good to you and you’ll never forget them.”

The trade was orchestrated by first-year Lions general manager Brad Holmes, who worked with Rams from 2003-20, most recently as Director of College Scouting, but more so geared toward the future of the franchise.

On Monday, Rams coach Sean McVay expressed regret about how the deal went down with sending Goff to Detroit. McVay said he wishes “there was better, clearer communication,” which Goff now admits wasn’t the case. Goff felt blindsided by the move after having no contact with McVay or the Rams from the time the season ended up until he received the call about the trade.

Goff says the public perception of his relationship with McVay in the end was different than it may have appeared to outsiders.

“I don’t think it nearly eroded the way people thought,” said Goff, who spent five seasons with the Rams. “And I think that was part of the confusion at the end. I don’t feel like it really eroded that way. Again, I appreciate him saying that and it’s big of him, but at the same time, it was done the way it was and it’s been done.”

The Lions’ trip to Los Angeles for the first time since 1993 will also be a reunion for Detroit defensive end Michael Brockers and defensive backs coach Aubrey Pleasant.

Goff still ranks second in Rams history in completion percentage (63.4 percent) and second in franchise history in passer rating (91.5). He was voted captain three times as a No. 1 overall pick in 2016. 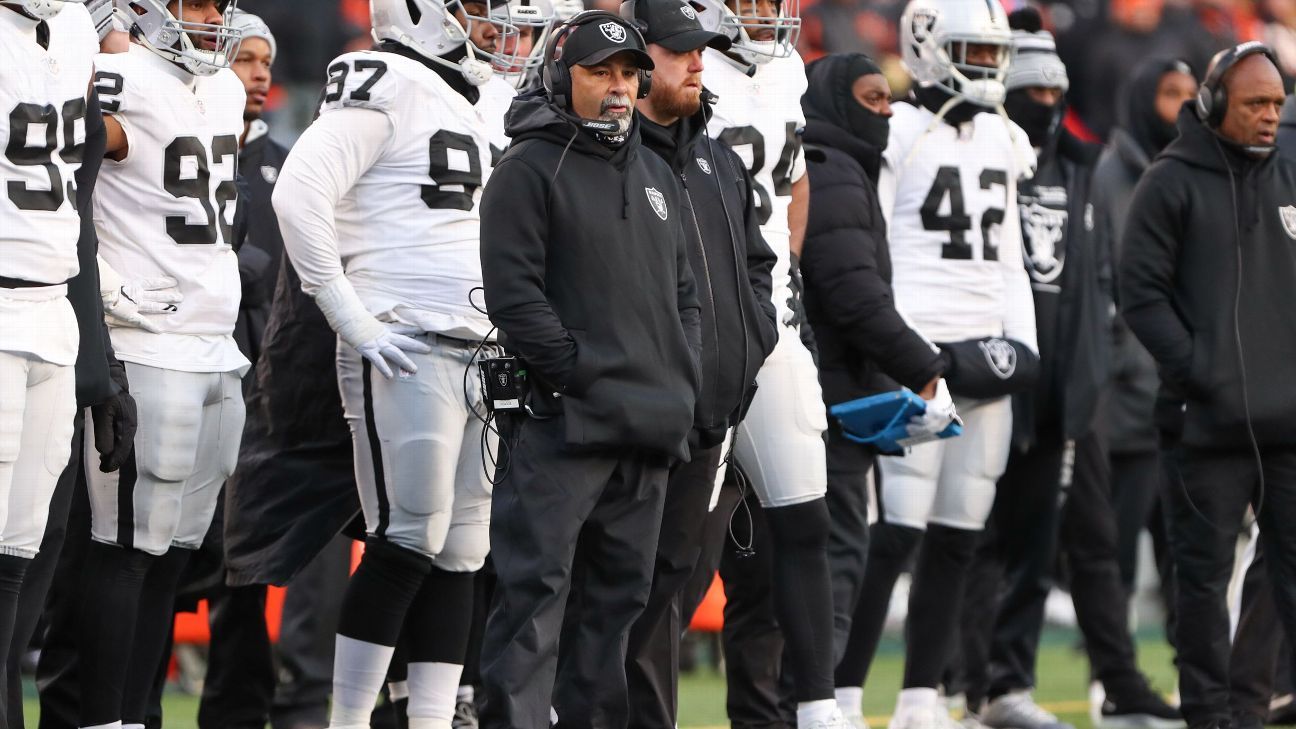 “I think we can all think that he’s the right guy,” Carr said of Bisaccia. “He’s proven that people listen to him. Our team listens to him. And I love him so much, I’m thankful for him. All those things will be decisions that I don’t make; I don’t get to make. I just play quarterback … but with everything that went on, if you really look at what happened, all the pieces missing, everything that changed, yeah, he held it together.”

Carr referenced the Raiders losing starting guards Richie Incognito and Denzelle Good to injury in the preseason and opener, respectively. He also talked about receiver Henry Ruggs III being cut following his involvement in a high-speed car crash that left a woman dead. Carr also cited Pro Bowl tight end Darren Waller missing five games down the stretch; Pro Bowl running back Josh Jacobs being dinged up and unavailable at times; and losing versatile running back Kenyan Drake to a knee injury in Week 13.

“You go on and on and on and on, and that’s just offense,” said Carr, who had driven the Raiders to the Bengals’ 9-yard line before being intercepted at the 2-yard line on fourth-and-goal with 12 seconds to play Saturday night. “The fact that that staff kept everything together and kept us competitive and kept us finding ways to win football games, I think that’s what our organization is about, right? So, we’ll see what happens. We know what we want to have happen. But, again, we’re Raiders. We’re going to play football, but we just hope it, obviously, we hope it’s for somebody special.”

Carr also said he would stay out of direct conversations when it came to his future with the team. He has one year remaining on the five-year, $125 million extension he signed in 2017.

He said his agent and the Raiders have a good relationship.

“Lord knows there’s been a lot of things to communicate about, right?” Carr said. “When the time comes, I never want a face-to-face. I’m going to play quarterback, but my message will be talked about.

“I’m not going to go to dinner and say, ‘We have to do something.’ I’m not that guy. I’ll let my voice be heard, but in a different way.”

Crosby, who was just named second-team All-Pro, called Bisaccia a “great leader” for the Raiders.

“If it was up to me, I think everyone in the world knows what my decision would be,” said Crosby, who had a sack among his six tackles on Saturday. “I love Rich. You know, I’m biased, obviously, but he’s, he’s a great coach … he came in and got us to 10 wins. We came on the road, on a short week, and gave Cincinnati everything they could handle.

“One of the best people I know. One of the most honest dudes I know. And I’ll go to bat for him any day of the week. I love that dude to death. He knows that. I appreciate everything he’s brought to the table. I hope we keep doing it.”

Raiders owner Mark Davis has remained silent on the team’s head-coaching search, as well as on the futures of Carr and general manager Mike Mayock.

Bisaccia, meanwhile, laughed when asked if he thought about being elevated to the full-time job.

“I’m just thinking about those guys in that locker room that played the game with their heart and soul out there like that,” he said, “and had a chance to win at the end.” 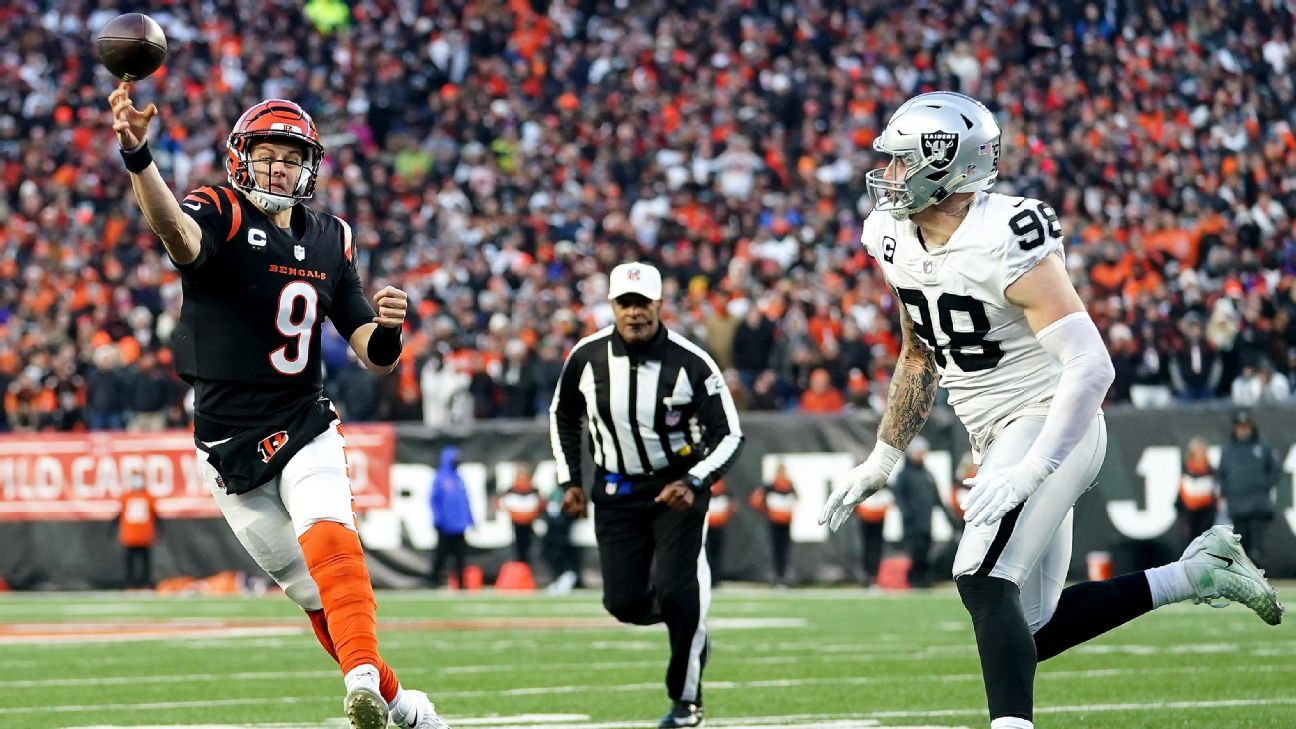 Cincinnati defeated the Las Vegas Raiders 26-19 at Paul Brown Stadium in an AFC wild-card game on Saturday. It was Cincinnati’s first playoff victory in 31 years, since before cell phones were capable of sending texts, as memes on the internet reminded folks in the days preceding the game.

But the win wasn’t just about ending the longest playoff win drought in the NFL. It was about the first step in making a run at the AFC title.

Over the course of the season, Cincinnati went from the projected cellar dweller in the AFC North to division champs, ending a six-year stretch without a playoff appearance. That journey included an overtime loss to the Green Bay Packers, one of the top teams in the NFL, and a Week 17 win over the Kansas City Chiefs, the AFC representatives in last year’s Super Bowl.

Those performances indicated Cincinnati wasn’t just a team that could win a playoff game. They showed the Bengals can hang with the best in the NFL.

For the second time this season, the Bengals needed to hang tough against the Raiders in order to pick up a win. The first came on Week 11 and set the tone for the second half of Cincinnati’s season.

The second victory was much more significant. It gave the city of Cincinnati something it hasn’t experienced in decades and set the table for the Bengals to have a truly special postseason.

“We expect to beat everybody that we play, not just hang with them,” Bengals quarterback Joe Burrow said after the game.

Burrow added: “I mean, it’s exciting. But this is expected. This isn’t like the icing on top of the cake or anything. This is the cake. So we’re moving on.”

“I’m just really, really happy for the city of Cincinnati and that they get a chance to enjoy this,” Bengals coach Zac Taylor said. “And now, just exhale and enjoy the ride we have. Because we’re not done yet.”

Pivotal play: On third-and-four at the end of the first half, Bengals quarterback Burrow scrambled and found Tyler Boyd for a 10-yard touchdown pass to give Cincinnati a 20-6 lead. Initially, it appeared Burrow was going to go out of bounds. A referee even blew an errant whistle. But the play continued and Cincinnati got a key red-zone touchdown.

QB breakdown: Burrow was efficient in his playoff debut. After throwing for 148 yards earlier in the season against the Raiders, Burrow finished Saturday’s win completing 24-of-34 passes for 244 yards, two touchdowns and no interceptions. 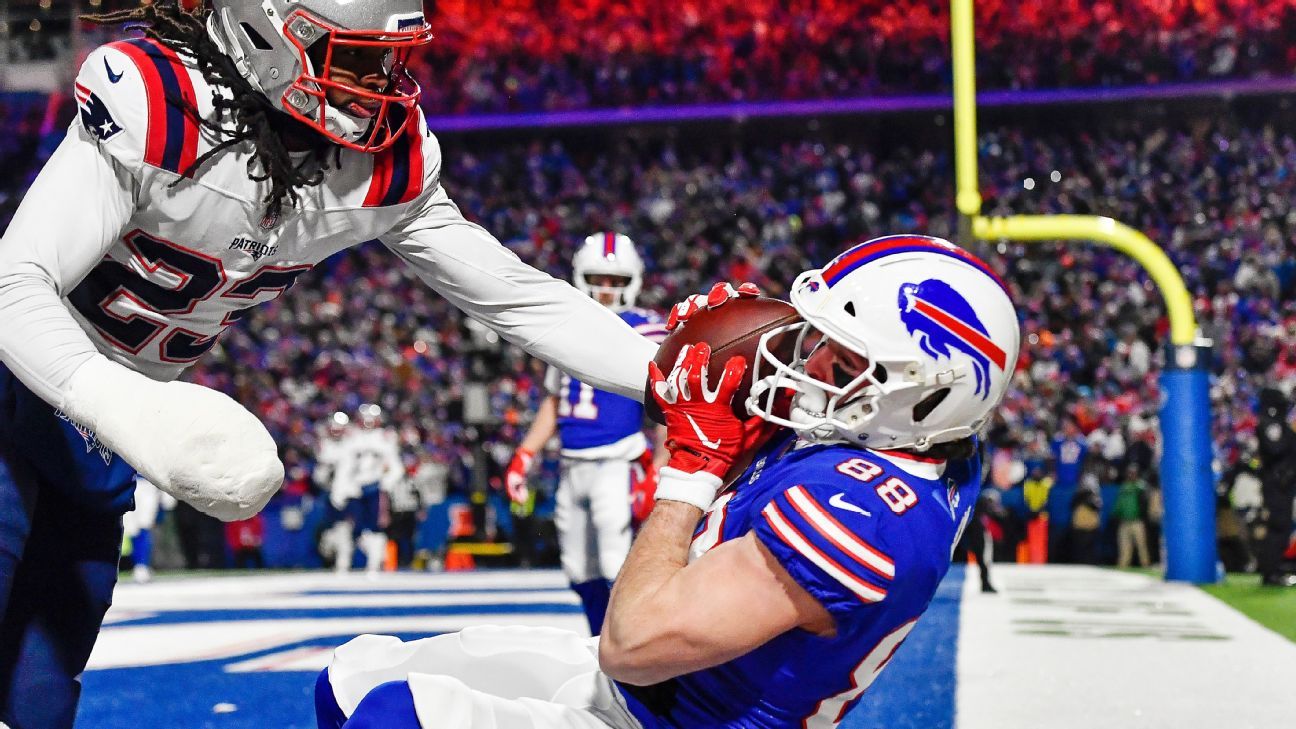