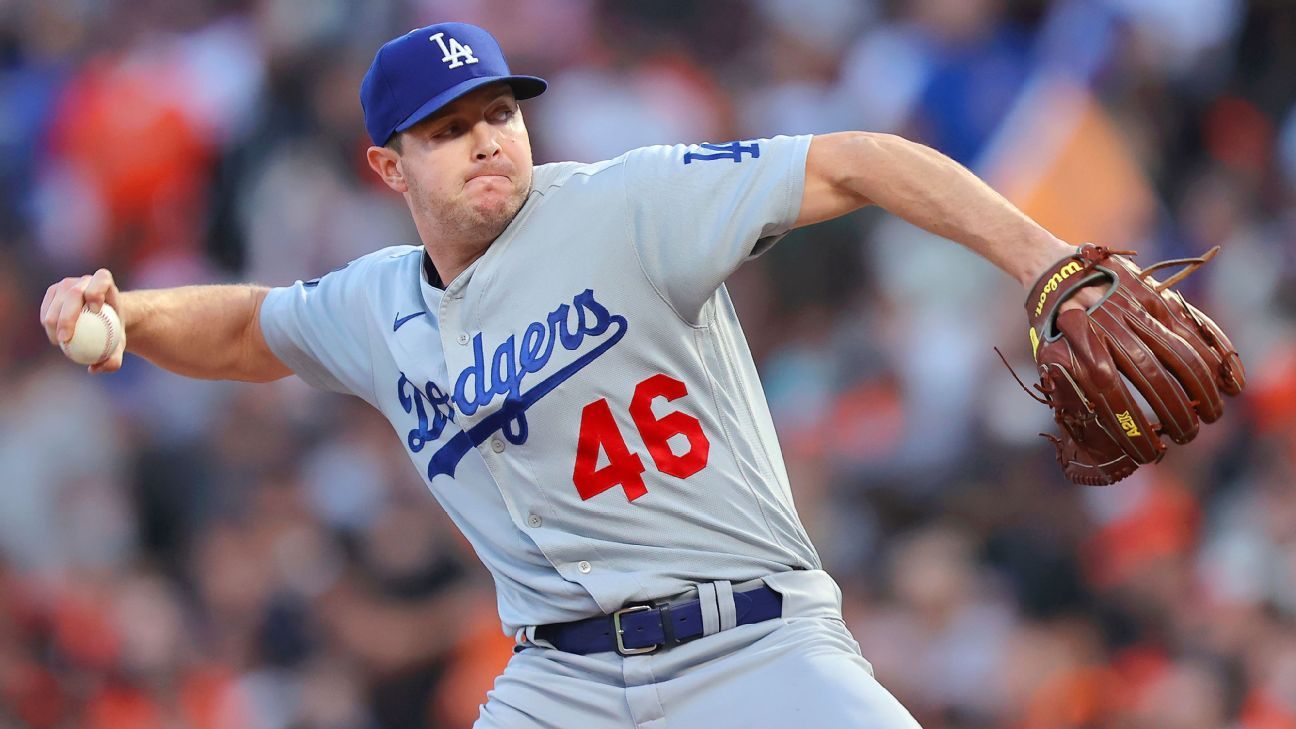 ATLANTA — The Los Angeles Dodgers will start right-handed reliever Corey Knebel and seemingly stage a bullpen game in the opener of their National League Championship Series against the Atlanta Braves on Saturday night, a direct reflection of what it took to defeat the San Francisco Giants in the prior round.

The decision would presumably push Max Scherzer back to start Sunday’s Game 2, giving him an extra day after he pitched the final inning of the NL Division Series on Thursday. In that scenario, Walker Buehler would pitch Game 3 from L.A. on Tuesday, giving Buehler six days’ rest following his short-rest start in NLDS Game 4.

Knebel has opened five times this season, including the deciding game of the NLDS on Thursday. Knebel took the first inning from Oracle Park in San Francisco, then was followed by another reliever, Brusdar Graterol, before starting pitcher Julio Urias contributed four innings. In this scenario, Tony Gonsolin will likely handle the bulk innings so that the Dodgers’ best relievers aren’t too tired for Sunday’s Game 2.

A former All-Star closer during his time with the Milwaukee Brewers, Knebel had never started a game in the majors until this season. He has allowed one run over 6 2/3 innings as an opener this season, including the playoffs.

Urias now lines up for Game 4 and the Dodgers would need another bullpen game in Game 5, with Scherzer and Buehler able to go again in Games 6 and 7, respectively.

The Braves and Dodgers both set their rosters for the NLCS on Saturday morning, with neither announcement containing many surprises.

For Dodgers, All-Star first baseman Max Muncy was left off the roster, as expected. Muncy is nursing an elbow injury suffered during the Dodgers’ final game of the regular season.

Also expected was the Braves’ decision to leave slugger Jorge Soler off their NLCS roster. Soler was removed from the roster during Atlanta’s NLDS win over Milwaukee after testing positive for COVID. If Soler clears health and safety protocols, he can still return during the NLCS, at which time he would replace outfielder Cristian Pache, who took Soler’s place on Atlanta’s NLDS roster.

Veteran lefty David Price, who did not pitch during the Giants series, and outfielder Billy McKinney were dropped from the group who comprised the Dodgers’ NLDS roster. In their place are righty Evan Phillips and lefty Justin Bruihl.

L.A. will carry 13 pitchers and 13 position players against the Braves.

Atlanta dropped rookie lefty Dylan Lee, who did not pitch during the NLDS round, and pinch-runner Terrance Gore. Veteran reliever Chris Martin and utility infielder Johan Camargo were added.

The Braves will carry 12 pitchers and 14 position players against the Dodgers.