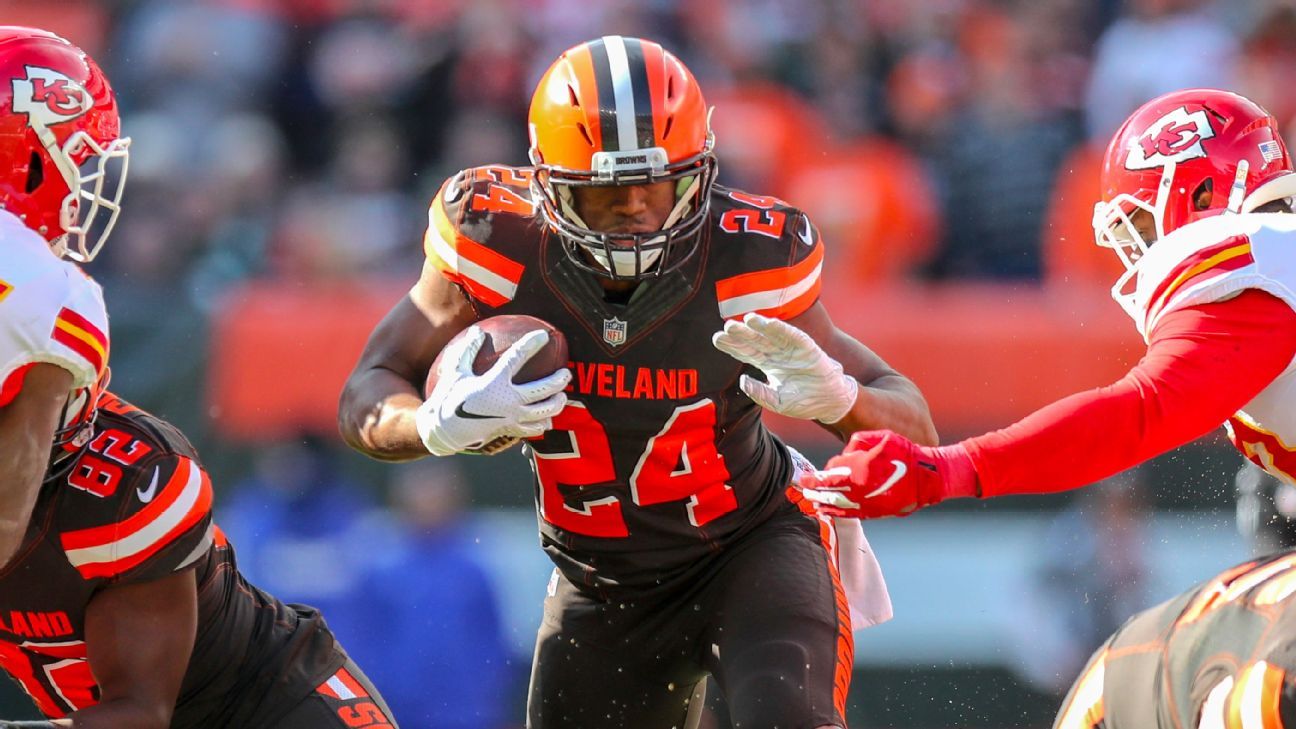 BEREA, Ohio — Cleveland Browns Pro Bowl running back Nick Chubb has been ruled out of Sunday’s game against the Arizona Cardinals because of a calf injury.

Chubb suffered the injury late in last week’s 47-42 loss to the Los Angeles Chargers and sat out the entire week of practice.

In his place, Kareem Hunt will get the start.

“You never want to see a guy like Nick go down,” Hunt said. “Definitely, what he means to this team is crazy. We’ve got a lot of good backs. We should be able to hold it down until he gets back.”

After Friday’s practice, coach Kevin Stefanski was not ready to say whether Chubb would have to go on injured reserve, which would force him to miss at least three games.

Browns wide receiver Jarvis Landry took a step in his recovery from a knee injury, as he was designated to return from injured reserve Friday, clearing the way for him to rejoin practice. Stefanski said he wouldn’t rule out the possibility of Landry being activated to play against the Cardinals.

Chubb ranks second in the NFL with 523 rushing yards this season. He is averaging 5.8 yards per carry with four touchdowns.

Hunt has 295 rushing yards, averaging 5.4 yards per carry. He was the 2017 NFL rushing champ while with the Kansas City Chiefs.

Landry suffered a medial collateral ligament sprain in his left knee on the opening drive against the Houston Texans on Sept. 19. He has missed the past three games and has six catches for 80 yards this season. 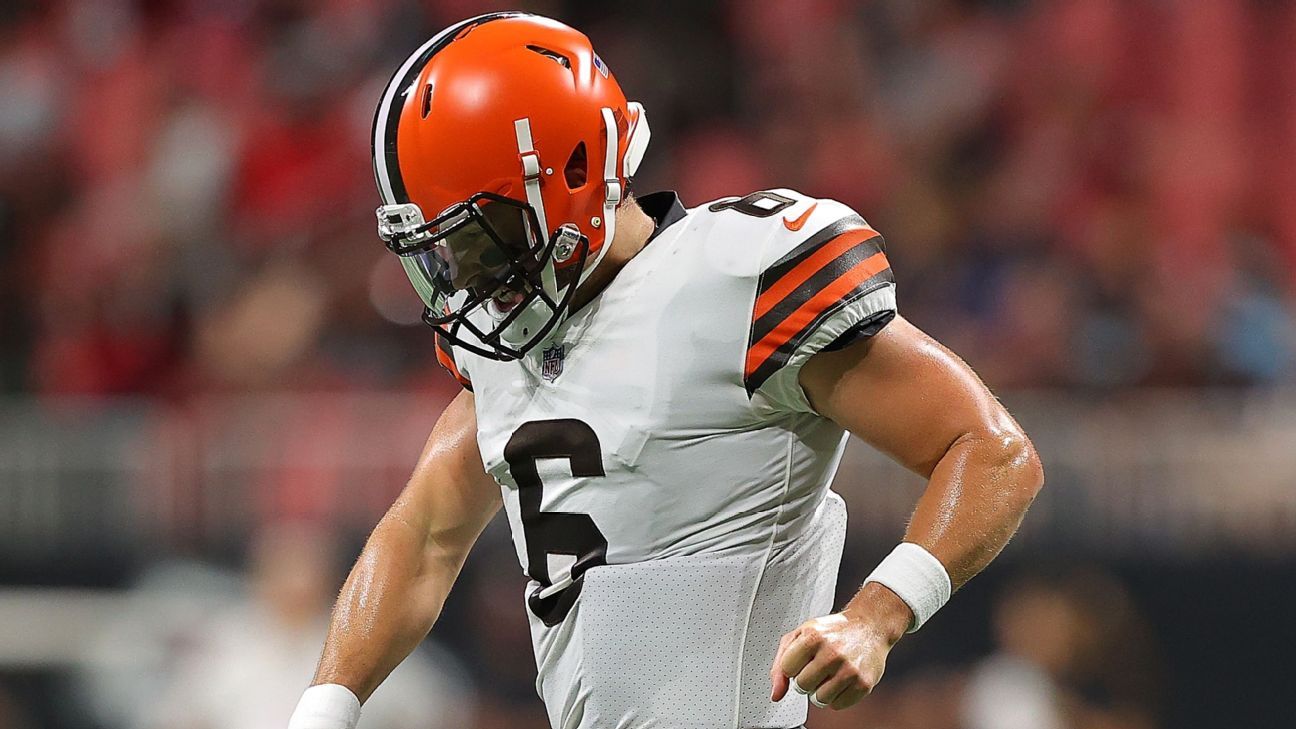 BEREA, Ohio — General manager Andrew Berry reiterated Wednesday that Baker Mayfield remains the Cleveland Browns‘ starter and that he expects the quarterback “to play his best football” after the upcoming bye week.

“Baker’s our quarterback,” Berry said. “He’s healthy enough to win games for us. If he’s ready to go, he’s going to be our starter.”

Mayfield has struggled at times this season while battling various injuries, including a torn labrum to his non-throwing left shoulder since Week 2. He ranks 26th in QBR with a rating of 37.9, well below where he finished in 2020 (66.5).

The Browns (6-6) have scored more than 17 points only once since Oct. 10. Coach Kevin Stefanski said after a 16-10 loss to the AFC North rival Baltimore Ravens that he would not consider a quarterback change.

“We all know Baker is incredibly physically tough,” Berry said. “He’s had stretches where he has played well.”

Mayfield, who was the No. 1 overall draft selection in 2018, is under contract through the 2022 season after his fifth-year option was picked up by the team during the offseason.

Mayfield, however, is also extension eligible. Berry declined to talk about Mayfield’s contract status, though did say any evaluation wouldn’t be based solely on his performance this season. Last year, Mayfield led the Browns to their first playoff victory in 26 years while also finishing in the top 10 in QBR.

“With Baker, from a long-term perspective, you try to take a big picture,” Berry said. “With any player, it’s about the body of work over several years. We’ve seen Baker play good football here and play good football this season.

“There will be plenty of time to think about how we’re going to build the roster next year. Right now, we’re focused on doing everything in our power to maximize this current season.” 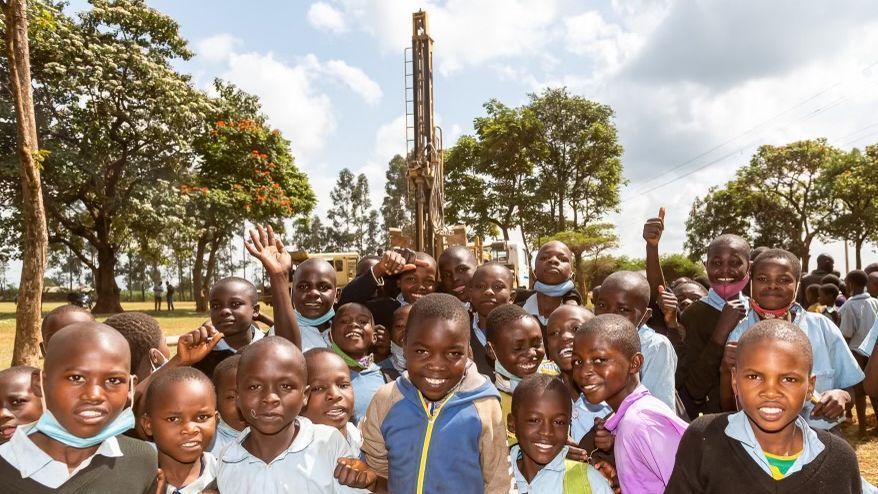 JACKSONVILLE, Fla. – When Logan Cooke first saw the photo, he was stunned.

Two glasses filled with water, one clear and the other a cloudy white with particles of … stuff … suspended throughout. Cooke was floored that the people in the small Kenyan village of Three Rivers had been drinking and cooking with the latter their entire lives.

“That’s all they knew,” said Cooke, the Jacksonville Jaguars’ fourth-year punter. “We drink water every day, drink half a Dasani bottle and chunk it in the garbage, and we just don’t think about that stuff.

“It just looks like you went to the pond out there. They’re in two glass cups. One you can’t even see through it, obviously, it’s like brown dirt water, and the other one’s clear. It looks like Aquafina. Just the difference in it, it’s wild. And those kids didn’t know any different.”

No one in the village has to use the brown water any longer after the construction of a well.

Cooke and his wife, Mary, partnered with New York-based Zoe Ministries to build the well, and it’s the cause that Cooke is promoting Sunday in the NFL’s annual My Cause My Cleats program, which allows NFL players to pick a cause that’s important to them and represent it with custom designed cleats.

Cooke is one of 48 Jaguars players and coaches who will be wearing custom cleats or sneakers during Sunday’s game at the Los Angeles Rams. Cooke’s black-and-white cleats have the Zoe Ministries logo on the side and a drawing of a well near the heel.

He was scheduled to go on a Fellowship of Christian Athletes-sponsored trip to Africa with other NFL players to run some camps in June 2020 before the pandemic scuttled those plans.

Then came the opportunity to help with the well, and Cooke said he and his wife quickly agreed. Cooke, whose 43.3 net yards per punt average is fourth in the NFL, said he wanted to keep his monetary contribution to the project private.

There was a first attempt at a well at another village, but the drilling did not find water and the project moved to Three Rivers, near the Ugandan border. Cooke said he and his wife received pictures of the progress and finally got the ones they wanted to see.

“They sent pictures of them starting to drill [the first well], and kids around there were fired up and excited. We were pumped and got word a month later they actually didn’t hit water,” Cooke said. “… The next pictures we got from that village was them drilling and water just shooting up like oil. It was awesome.”

Cooke said he and his wife and son, Cooper, who was born on Oct. 11, are hoping to make a trip to Africa this summer to see the well and spend time helping any way they can. Even though his only experience has been through photos, Cooke said what he has seen has been a powerful reminder of how lucky most of us are.

“Once you got pictures back and kind of saw where they live, and, like, they’re so behind times, it’s incredible,” he said. “They’re still in huts. The kids, I mean, they’re so happy over there, too, and it makes me feel so terrible for ever being discouraged over here or feeling pity for myself.”

Talking about the photo of those two glasses of water, however, had him smiling as much as the kids in some of the other photos he’s received.

“It was cool to see kind of the difference from the water they were drinking,” Cooke said. “They were walking miles every day to get river water. It was nasty and contaminated stuff.” 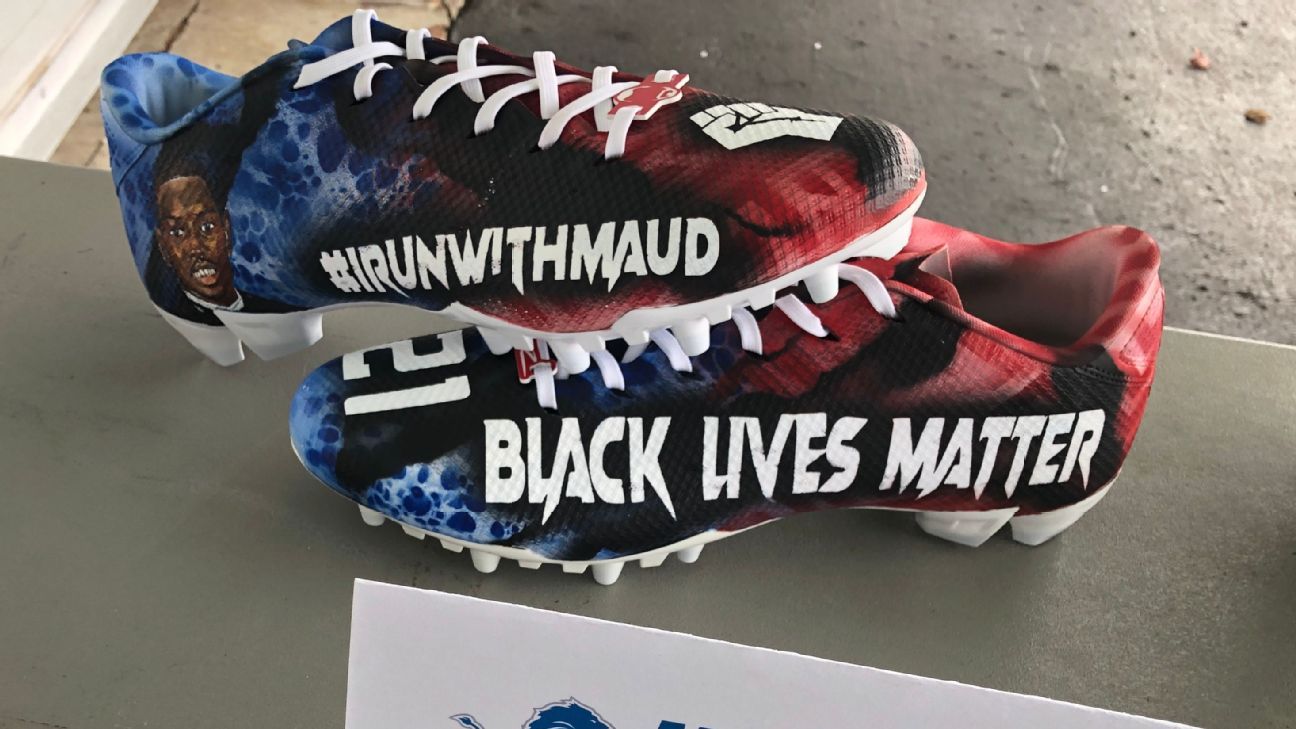 ALLEN PARK, Mich. — A day before the Detroit Lions‘ Thanksgiving Day game, safety Tracy Walker had a reason to celebrate.

So he placed a call to his folks back home on Nov. 24.

Following a 13-day trial at Glynn County Courthouse in Brunswick, Georgia, Walker said he felt excitement when jurors convicted the three white men of murder for their roles in the killing of his cousin Ahmaud Arbery.

“I called everybody back at home. I know it was a party in my hometown. I ain’t gonna lie to you, it was a great day for me. It’s a sigh of relief,” Walker said. “It’s sad that we had to wait this long for actions to take place, but at the end of the day, we’ve got to control what we can control and we’re happy with the verdict. At the end of the day, we’re going to keep moving forward and keep on going.”

Travis McMichael, his father, Greg McMichael, and their neighbor William “Roddie” Bryan all face life sentences of life in prison for their roles in Arbery’s death.

Arbery, a 25-year-old Black man, was shot and killed while jogging in broad daylight in the Satilla Shores neighborhood, near Brunswick, in February 2020.

“My cousin, unfortunately, he’s not gonna be able to come back, but at the end of the day, there’s more people like my cousin that are out there that are still having these problems,” Walker said. “That still have to face the problems of being subjected because of their color or being looked at and looked down on because of their color and it’s sad to say, but that’s something that I can promote.

When the Lions host the Minnesota Vikings on Sunday, Walker will continue to honor his second cousin, who played football with him at Brunswick High School.

He will break out a pair of customized cleats featuring Arbery’s face with the messages “#IRunWithMaud” and “Black Lives Matter,” which will later be donated to the Black Lives Matter organization on behalf of the NFL’s “My Cause, My Cleats” campaign.

The cleats were designed by Marcus Rivero, who runs a Miami-based business called Soles by Sir. He has worked with many NFL players.

“I just felt that was another way for me to continue to push out his name and continue to basically just represent him and everything he stood for,” Walker said.

Walker described his family as being extremely happy with the conviction because justice was rightfully served.

“I’m a firm believer that they got what they deserve,” Walker said.

Walker hopes the Arbery verdict can help the next generation of Black people.

“It gives us hope that we’re not considered trash,” Walker said. “Because you know, like I know, and it’s hard to say this but as a Black person you definitely understand what I’m saying. When we get pulled over, we’re scared that we could lose our life or better yet, we’re going to jail just off the top of our head, no matter if we’re at a red light or with a light out, we ran the stop sign, no matter what the case may be. As a Black male, getting pulled over by the police or stopped by anybody, it’s a problem, so I just feel like it gives us hope and more confidence for sure.”

Everything you need to know about MLB’s lockout