Cristiano Ronaldo interrupted his warm-up drills ahead of Manchester United’s shock 2-1 defeat to Young Boys on Wednesday morning (AEST) to check on a steward after knocking her out with a wayward shot.

All eyes were on the Portuguese legend, who was making his second European debut for United, 18 years after he made his first – all eyes, except for this unsuspecting steward that is.

As he completed some shooting drills, he noticed a female member of staff was struck in the head by a stray ball of his and vaulted the security barrier to check on her.

She was already receiving medical attention after being knocked to the ground, but she came around as Ronaldo arrived and he spent some time talking to her before returning to the warm-up.

Ronaldo opened the scoring 13 minutes into the game with a more accurate shot but a late error from Jesse Lingard meant United crumbled to a shock defeat to get their Champions League campaign off to the worst possible start.

Aaron Wan-Bissaka was also sent off in the first half to compound manager Ole Gunnar Solskjaer’s frustrations.

However, despite the disappointing end, Ronaldo went to check on the steward again at the end, gifting her his match-worn shirt by way of apology, which she was delighted with. 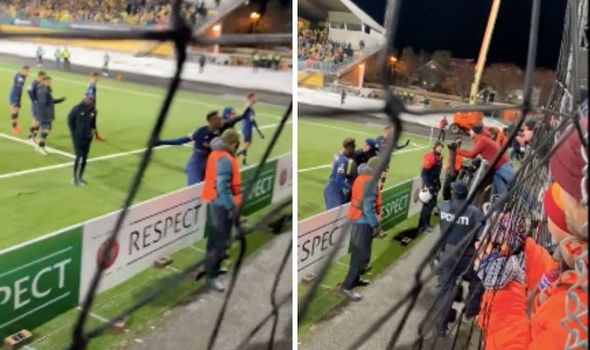 Roma were annihilated by Norwegian minnows Bodo/Glimt in the UEFA Conference Leagues and tensions were boiling in the stands after the game. 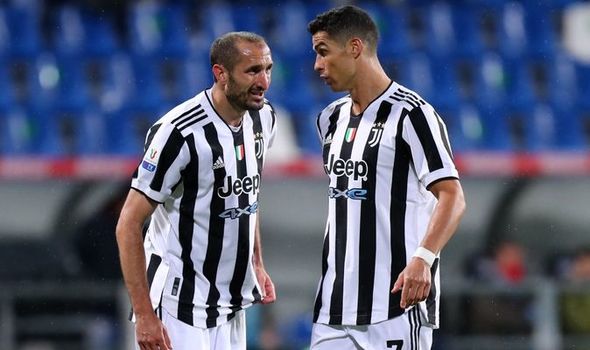 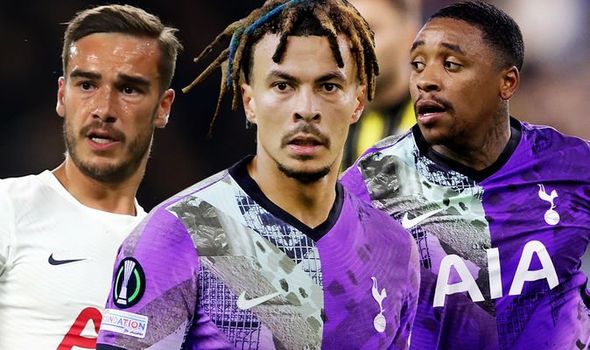