The big games are coming thick and fast this weekend in the Premier League as the two pre-season title favourites, Manchester City and Chelsea, go head-to-head to kick of the round of fixtures before the North London derby rounds out the weekend.

Elsewhere, Cristiano Ronaldo will be looking to extend his goalscoring start to life back in Manchester, while Liverpool will look to make a statement of their own away to Premier League new boys Brentford.

Here’s the biggest talking points ahead of the weekend’s action, in this week’s Set Piece.

Yes, Cristiano Ronaldo is back and yes, he can still score bags of goals this season and yes, perhaps Manchester United really should have signed a defensive midfielder, but yes attacking is so much more fun to watch. But there’s one player who isn’t yet carrying his weight on that front.

The £72m (A$135m) signing of Jadon Sancho after a two-year pursuit was supposed to hail in a new attack, centred around the young, British talent of him, Marcus Rashford and Mason Greenwood. But with Ronaldo in place, Rashford still injured and Sancho struggling to find form, it’s not quite been what many would have hoped yet, despite still being top of the league.

Sancho’s slow start to life back in Manchester, this time in red rather than blue, has started to concern some fans as he is set to register an assist or a goal and his carefree dribbling which set alight the Bundesliga has so far only been seen in limited isolation.

It’s not really been made an issue in the media yet, with one of the benefits of Ronaldo being he attracts all of the attention and allows the younger stars to get along with less of a magnifying glass on them.

Sancho is considered a generational talent and he will improve and get up to speed, with Solskjaer insisting he sees him as someone for Manchester United to call on for 15 years, not just one season.

There’s no need to panic just yet, especially given to plethora of attacking options, but for his own confidence he will want to break his scoring duck sooner rather than later.

MAN CITY’S GLIMPSE INTO WHAT COULD HAVE BEEN

When Manchester City head to London to face Chelsea on Saturday night (AEST), they will be looking at a squad as close to being complete as any in the Premier League this season.

The Blues made the signing of Romelu Lukaku during the transfer window and he has started the season like a man on a mission with three goals in three games already as Chelsea laid down an early marker as the team to beat in this season’s title race.

It’ll be bitter viewing for Manchester City too, knowing that it could have been them with the league’s most complete squad had they managed to sign the striker they had wanted all summer in Harry Kane.

Instead, while Chelsea’s biggest hole has been impressively plugged, City’s is the glaring question mark that needs answering every weekend, with no permanent solution available.

City have already copped one defeat this season and another this weekend would see them fall six points off the top at such an early stage, which while not impossible to overcome is not ideal for Pep Guardiola’s side.

As for Chelsea, a draw with 10 men against Liverpool and a victory against Manchester City would verify their title credentials and prove that they really are the real deal and on the verge of another title-winning dynasty.

After three games of the Premier League season, Spurs had won all three games and Arsenal had lost all three.

The two teams appeared to be heading in completely different directions.

This game was the one earmarked as make or break for Mikel Arteta and his tenure at the Emirates, while Spurs were already firming as strong favourites.

Since then, Arsenal have ground out two 1-0 wins against the bottom two teams Norwich and Burnley, while Spurs have capitulated to back-to-back 3-0 defeats to shine a light on the issues plaguing the club in a 12-point swing.

Suddenly, both teams come into the North London derby on Monday morning (AEST) with similar records, knowing that only a win will appease their fans, with the added cherry of worsening the situation for their arch rivals.

This derby is usually one that’s full of goals and exciting moments, but this season could be a little different, with Nuno Espirito Santo not an attacking manager by nature and Harry Kane still suffering a transfer window-induced hangover. Spurs are also battling a number of high-profile injuries which has been reflected in their sudden downturn in form.

Arsenal, similarly, are struggling to score, with their only two goals of the season so far coming from a goalmouth scramble tapped in on the line and a delightful free-kick.

In fact, between Spurs and Arsenal in their combined 10 games, they have the same number of goals as Manchester United managed in their season opener against Leeds. So don’t expect a classic.

Liverpool showed off their impressive new central defensive offering last week in the form of Ibrahima Konate, who put in a “flawless” performance on his debut according to manager Jurgen Klopp.

The returning Joe Gomez took some time to get going while Virgil van Dijk is still being carefully managed as he returns from his own long-term knee injury.

And whichever two of the three are picked will have their work cut out with Brentford’s lively attack buzzing around.

The Bees’ have earnt the right to have a go at Liverpool having picked up eight points in their first five games and aren’t a team that typically sits back in games – especially in their first against one of this season’s real elite teams.

Brentford’s Ivan Toney and Bryan Mbuemo are full of energy and will be a handful, especially with the roars of the home crowd behind them.

But it should be an exciting game at both ends, with Mohamed Salah firing on all cylinders and Sadio Mane having rediscovered the scoring touch which appeared to have deserted him last season.

The pair have 22 and 24 attempts at goal respectively already this season and look back to their terrifying best.

WORRYING EQUATION FOR TEAM AT WAR WITH ITSELF

Over the past 20 years, the record for the most winless teams after six games stands at four.

Newcastle United are among the Premier League’s winless cohort and will hope not to potentially become part of a record-breaking statistic this weekend by failing to beat Watford.

Worryingly for the Magpies, their fixture to date has been one of the league’s kindest; West Ham, Southampton and Leeds at home and Aston Villa and Manchester United away.

Only Manchester United sits inside the top seven, while Leeds and Southampton are winless themselves.

Up next is an away trip to the Hornets who have two wins this season, and are coming off an uplifting 3-1 away win over Norwich.

Arguably the most staggering thing about Newcastle’s winless run is that they’ve scored in every game, while their six-goal haul is triple that of Arsenal and Wolves’ (two), double Tottenham’s (three), and is more than that of seven other clubs, including Leicester.

Furthermore, Allan Saint-Maximin has been one of the league’s most damaging wingers with two goals and two assists already to his name.

As you have likely already deduced, the big issue is at the other end of the park.

Newcastle have already conceded four goals twice and have shipped a total of 13; the second-worst defensive record in the league.

In a way, the team is at war with itself. They have an attacking force at least worthy of the mid-table, but also have a leaky defence that is making the threat of relegation ever present.

Lose again to Watford this weekend and the alarm bells may start truly ringing at St James’ Park, where the only home games before November 21 are against Spurs and Chelsea. 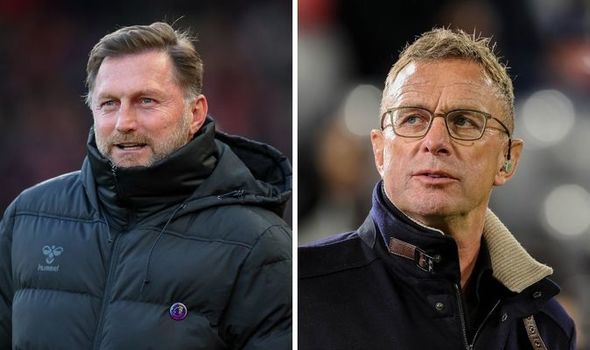 ANOTHER Premier League manager has weighed in on Ralf Rangnick’s Manchester United arrival. 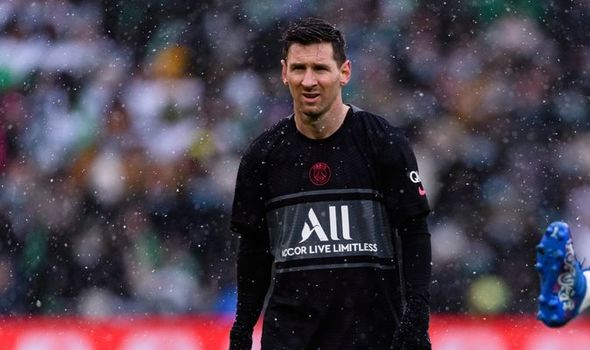 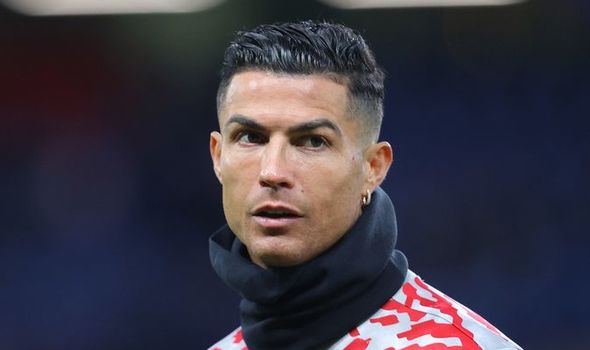 Denver Nuggets’ Michael Porter Jr. to undergoing back surgery, be out indefinitely