Ange Postecoglou is remaining bullish about his Celtic side’s development despite a nightmare defensive collapse in their Europa League opener on Friday morning.

Celtic coughed up a two-goal lead to concede four goals in just 21 minutes in a 4-3 defeat to Real Betis, as the Scottish giants’ defensive frailties were on full display once again.

It was a third defeat from their last four matches – which has seen them miss out on the Champions League, lose Old Firm bragging rights to fiercest rivals Rangers, and slip to fifth in the Scottish Premiership.

But Postecoglou said he was ‘really proud’ of his team’s effort – and promising greater things were to come.

“I was really proud of the football we played and the efforts the players put in,” Postecoglou said. “We showed some resilience to show that irrespective of circumstances, we will be a certain kind of football team.

“We’re just going to get stronger, there’s no doubt about that.”

“We don’t want to make excuses … I couldn’t ask any more from the players, the football we played was exactly the type of team we want to be,” the Celtic boss added. “When you come away from home, score three goals and create many more chances, I think there are some good signs here.”

In his 13 matches in charge of the Hoops so far, Celtic has won seven, lost five and drawn just once. The offence has fired – trademark of Postecoglou’s stunningly attacking style – scoring 33 goals, but the defence has shipped 16 goals as well.

But Postecoglou has had to deal with a particularly challenging set of circumstances. There were mass changes in the transfer window – 12 signings in all, including a host of deadline-day signings, which left Postecoglou with little time to refine his squad in his own fashion.

He said recently: “It was pretty clear with a number of departures last year and during the window, even on the last day, so we had to bring in a few players … We brought in 12 which I think is probably too many in one window to be fair, but we needed that.”

Against Real Betis, Postecoglou was missing a host of first-team players. Captain Callum McGregor was out, as was key Japanese forward Kyogo Furuhashi. James Forrest, Greg Taylor, and Liel Abada were each absent, while new striker Giorgos Giakoumakis wasn’t fit and ready to play. Other players stuck in the treatment room are Karamoko Dembele and Christopher Jullien.

Injuries have been a constant problem since Postecoglou took the reins, leaving him with a relatively thin squad – something exacerbated by the mayhem of the transfer window.

Postecoglou said before the game: “We’ve been going through a period like that at the moment, where we are getting some big outs but again it’s kind of the state of play since I’ve got here. We’ve sort of been in a constant state of flux, not being able to settle.”

James McCarthy came on in the second half after recovering from Covid, and presents a major boost when fully fit. Three or four others are expected to return in the coming week and a half.

No wonder Postecoglou is still supremely confident that the side will continue to develop. As he said post-game: “Tonight, that’s our baseline against a very good opponent.

“We’ll get some players back who are going to help us absolutely, particularly to settle the team down a bit. We’ll be stronger.

“Hopefully over the next week to 10 days we’ll have three or four back.”

In more positive news for Australian Celtic fans, Socceroo Tom Rogic was one of the side’s stronger performers against Real Betis. He was involved in a number of beautiful attacking moves, and struck the post in the second-half as Celtic chased the game.

MUSCAT ‘ON ABSOLUTE FIRE’ IN JAPAN

Meanwhile, the man who replaced Postecoglou at Yokohama F. Marinos, Kevin Muscat, has hit the ground running and is mounting a remarkable title bid.

Muscat was appointed in July with the league on hiatus due to the Olympics, but he spent much of that time in quarantine and unable to see his new squad – instead forced to rely on Zoom meetings (how very 2021).

Indeed, he only met the team in person the night before a brutally tough away game against heavyweights Gamba Osaka. They won that game 3-2, and have since surged into second in the J-League, just one point behind leaders Kawasaki Frontale who have a game in hand.

But in his eight games in charge of the Japanese side so far, he’s lost just once, winning six times and drawing once. Only in their sole loss did Marinos fail to score less than twice!

His red-hot start even earned Muscat the manager of the month award for August. Aided by former Australian players John Hutchinson and Shaun Ontong, he has taken a team marked with Postecoglou’s influence and further moulded it in his own image.

“I did feel under pressure,” he told the Sydney Morning Herald of inheriting the squad from Postecoglou.

“Normally you get a job because things are not going well. But that wasn’t the case here – Ange left but I knew that it was a really good football environment.

“You are stepping into some decent-sized shoes, but I was always confident because I like to play the game a certain way and in this environment that is the way the club wants you to play.”

He added: “Quite a few of the things that I like doing (in coaching and playing style) are things Ange liked doing.

“I understood where the team was at, but that said, I am a different voice, a different person, I have to put my stamp on the team.”

Muscat spent a season at Melbourne Victory working as a Postecoglou assistant, before inheriting the head coaching reins the following year in 2013.

He led Victory to a semi-final and fourth-place league finish that season, before claiming the premiership-championship double the following season.

This year, he might just follow in Postecoglou’s footsteps again by leading Marinos to a league crown – two years after Postecoglou helped them lift the famous trophy.

For another former Socceroo-turned-coach in Harry Kewell, things aren’t going so well.

Kewell – who previously coached in England’s League Two with Crawley Town, Notts County and Oldham Athletic – took a step down this season to the fifth tier of English football to manage Barnet.

The Bees finished last in the previous season’s National League, and Kewell has so far struggled to turn things around.

In his first six games, Kewell has picked up two draws and four losses – including a 5-0 shellacking on the opening day – leaving them second-last in 22nd position.

Kewell isn’t shying away from the poor start to the season, but says his club has been hampered by injuries and will be able to turn things around.

“It’s fantastic, I have to say. There are challenges which you get, and I’m sure when you go to the highest level, there’s different kinds of challenges,” Kewell told Optus Sport.

“But it’s a new team and this is what a lot of people don’t understand. At the lower levels, it’s very rare you get to have a squad that’s been together for at least a season because everyone is chopping and changing all the time.

“So when you do see a team that actually sticks with 80 per cent of their team, they usually start to have a little bit of success, so it does take time.

“It is challenging. I don’t think there’s a big difference between the National League, League Two and League One – I really don’t.

“You’ve got Wrexham in there, Stockport, Chesterfield, Notts County, Yeovil, Dagenham & Redbridge … they’re all throwing money at it.

“So it is tough, it’s fun and yes, we haven’t got off to the greatest of starts, but we’re down with about nine injuries at the moment so it’s a little bit unlucky. But we’re slowly getting them back and hopefully we can start to progress that little bit more.”

Kewell is bullish they can rise above their dismal position by the end of the season.

“I’d love to finish in the top half of the table. I think from what they’ve gone through over the past three, four years, especially last season when they did finish last, so anything above that is obviously a progression,” he said.

“But on a personal note, I’d love to finish in the top half of the table and I believe we can because the side are working hard, they’re understanding my ideas. It takes time to gel, to get the ideas, my work ethic, but it’s getting there.” 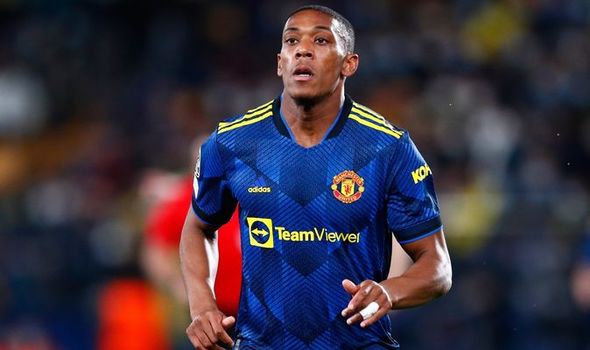 ANTHONY MARTIAL has been given a reprieve by Ralf Rangnick after the duo’s drama culminated. 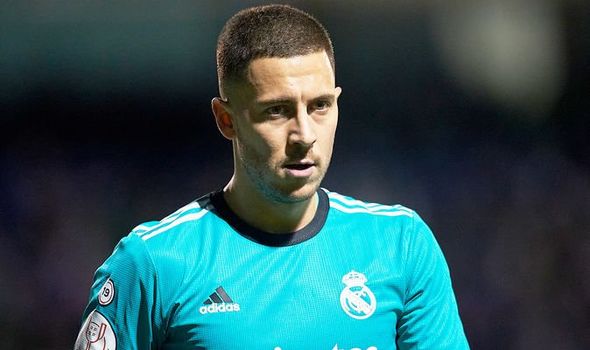 NEWCASTLE UNITED are linked with a move for Real Madrid star Eden Hazard. 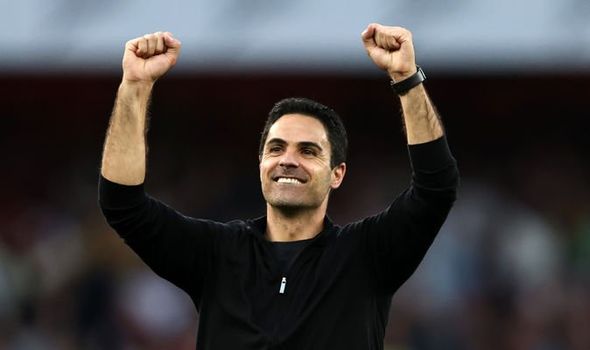 ARSENAL are set to host Liverpool in their Carabao Cup semi-final second leg on Thursday.

Indiana Pacers’ Myles Turner has stress fracture in foot, expected to be out beyond trade deadline, sources say