Fallen former A-League cult hero Kerem Bulut will be forced into a drug rehabilitation program after he was granted bail while he awaits trial for a string of allegations including two assault charges.

Bulut, 29, painted a picture of relief on Thursday afternoon after he was told that he will walk free from prison for the first time in seven months after successfully applying for bail in the NSW Supreme Court.

The former Western Sydney Wanderer player and Young Socceroos representative was arrested in March after police allegedly witnessed him assaulting another man inside his Rockdale apartment.

His solicitor attacked the strength of the crown case, arguing the allegations would be difficult to prove since they were solely relying on the testimony of the police who observed the incident from a distance.

“From 50m away I would agree that some observations will be made but the exact account of the events, the conduct and things proceeding will be difficult to establish beyond a reasonable doubt,” Mr Bulut’s lawyer Daniel Maxton told the court.

At the time he was on bail for larceny charges, with Justice Stephen Rothman describing the alleged incidents which made up those charges as “strange”.

Justice Rothman told the court that in February 2020 he snatched $500 from a friend as he was withdrawing it from an ATM.

About seven months later, the court heard, while the pair were out, the man demanded the money back.

“It’s a rather strange larceny, it seems more in the realm of a civil debt and a disputed loan,” Justice Rothman said.

He is also alleged to have assaulted his cellmate at Silverwater Prison while on remand in March earlier this year.

“I do not diminish offences in the prison system,” Justice Rothman said.

“But the prison system is a context which invites violence.

“Not that long ago I dealt with a murder committed in prison arising over whether someone was going to be a sweeper or not.

“The relationships and context of prison invite a degree of aggression that may or may not exist outside of the prison environment.”

Police have previously said his alleged victim was taken to hospital with a broken eye socket and bruising to his head.

The prosecution opposed bail, arguing he was a flight risk and a risk of committing further offences.

However Mr Maxton successfully argued that his cases would be significantly delayed because of Covid.

Noting that the matters were unlikely to be finalised until mid next year, he said that any time spent in prison on remand could exceed a potential custodial sentence if found guilty.

Justice Rothman said Mr Bulut was an unacceptable risk of reoffending but argued it could be mitigated by the imposition of strict conditions.

He was granted bail and will be required to report to police daily, not approach his alleged victims, barred from taking drugs or consuming alcohol and ordered to take part in a drug rehabilitation program

“You understand these conditions are strict and you must engage in a rehabilitation program which frankly seems to be in everybody’s interest,” Justice Rothman said.

“I should tell you, the police will be looking out for you and a breach of bail granted by the Supreme Court has the condition that it is unlikely anyone else will grant you bail.”

“Yes I do your honour, thank you,” Mr Bulut said as he watched from Goulburn Correctional Centre via videolink.

He moved back to Australia to play a handful of A-League games for the Wanderers over two stints before returning to Europe.

He was signed by Turkish side Menemen Belediye however his career came to an abrupt halt in 2018 when he was issued with a four-year ban after testing positive for cocaine during the season.

He will return to Sutherland Local Court later this month. 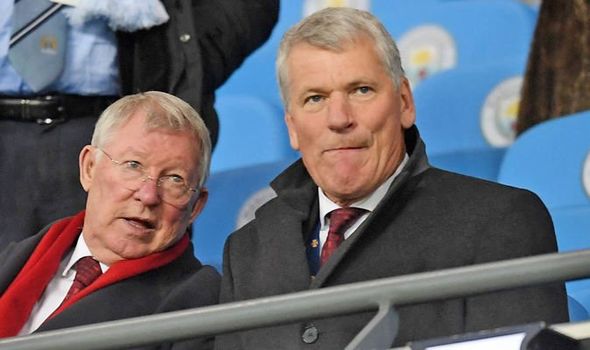 Manchester United were successful during David Gill’s time at the club.

The Socceroos overcame arguably the trickiest test of their World Cup 2022 qualification campaign so far to clinch a record-breaking 3-1 win over Oman.

It was far from a comfortable win, but the result extended the Socceroos’ streak to a remarkable 11th-straight victories, a world record run in World Cup qualification.

And with Asian heavyweights Japan stunned for the second time in this final round of qualifying – today suffering a 1-0 loss away to Saudi Arabia, having previously lost 1-0 at home to Oman – Australia’s win takes on extra significance entering Tuesday’s clash with the Blue Samurai.

Australia claimed an early lead through a superb Awer Mabil half-volley in the ninth minute. But they largely failed to control the ball or assert any real grip on proceedings in an often frustrating night in Doha. Oman claimed a deserved equaliser through Rabia Al-Mandhar in the 28th minute, but were struck a major blow when midfielder Zahir Al Aghbari – their best player of the opening half-hour – was carted from the field with a severe shoulder injury.

Australia once again started the second half on the front foot, scoring just four minutes into the period through a Martin Boyle diving header, the in-form Hibernian striker reacting fastest to bury an Adam Taggart rebound.

Boyle was denied a penalty shortly afterwards, before Australia’s substitutions began to take control of the game. It was a trio of substitutes who put the result beyond doubt, with Chris Ikonomidis playing fullback Fran Karacic into space, who cut the ball back to Mitch Duke to pass the ball into the net in the 89th minute.

Australia sit equal top of the Group B with three wins from three games in this stage of qualifying, with the top two teams claiming automatic entry into the World Cup proper.

Saudi Arabia are also on nine points, but with a worse goal difference, while Oman and the so-far disappointing Japan are in third and fourth with one win and two losses, the same as China’s record.

The midfield was heavily congested, with passes breaking down and free-flowing attacking play a scarcity. Australia’s typical strategy of flooding down the wing and using the fullbacks to stretch the opposition was frustrated by the defence, while Oman hustled and constantly harried the Socceroos in possession.

Australia was also poor from set pieces – an issue which has reared its head in recent matches – failing to make seven corners and a number of wide free-kicks count in any meaningful fashion.

Oman were tough and physical rivals, winning more duels – both in the air and on the ground – than Australia (56 to 37).

Revitalised Celtic star Tom Rogic made his 50th appearance for the Socceroos at the air-conditioned Khalifa International Stadium, in Doha, Qatar. Coach Graham Arnold made two changes to his line-up from last month’s clash with Vietnam, bringing Martin Boyle back into the starting XI as well as fullback Aziz Behich replacing Brad Smith after the US-based star contracted Covid-19.

And things got off to a perfect start with Australia breaking down the compact Oman defence and scoring in the ninth minute.

Jackson Irvine floated in a dangerous cross to the six-yard box which the defence failed to clear. It bounced to Mabil who neatly controlled it and took it wide of the lashed it home from inside the box. It was Mabil’s sixth international goal in his 20th appearance in the green and gold.

But less than a minute later, Socceroos gloveman Mat Ryan was forced to pull off a miraculous save as Oman showed their counterattacking threat with a raid on the Australian box, with Ryan tipping a driven Zahir Al Aghbari shot from the edge of the box over his bar.

The dangerous Al Aghbari unleashed two more vicious shots in the opening 20 minutes which both tested Ryan, as the Socceroos were sometimes sloppy in possession as the match turned into a frenzied stoush.

And Oman claimed a deserved equaliser in the 28th minute when Rabia Al-Mandhar blasted the ball into the back of the net from close range. A low cross found centre-forward Khalid Hajri, who controlled it and teed up Al-Mandhar. Al-Mandhar touched the ball to his right to get clear of two defenders and his powerful shot left Ryan with no chance.

But just after the half-hour mark, Jackson Irvine executed an exceptional tackle to poach the ball from Al Aghbari, sending the Oman centre-piece crashing to the turf in severe discomfort. He was substituted immediately and taken from the field on a medi-cab with what appeared to be a dislocated shoulder – a massive blow to their chances.

Both teams had chances in the dying embers of the half, with Trent Sainsbury shutting down a dangerous opportunity by outmuscling the striker and shielding the ball for Ryan to collect.

Graham Arnold cut a frustrated figure on the touchline in the first half, and he spoke of his half-time speech in his post game interview.

He said: “We got dragged into an erratic game at times. Oman threw a lot at us. We got, we were a bit erratic, but once we got the boys in at half-time and calmed them down and we focused more on keeping the ball and moving them side-ways and making them chase the ball and I felt that we took over the game.”

Just four minutes after the break, Rhyan Grant pressured the defence near the edge of Oman’s box and forced a turnover to Rogic, who drove to the by-line and cut it back perfectly to Adam Taggart.

Taggart – in his first real sniff at goal – lashed it goalward but it was parried by the gloveman, only for Martin Boyle to throw his body at the ball and score a diving header from six yards out.

Shortly afterwards, Boyle had a penalty shout turned down after he was pushed in the back by an Omani defender in the box while off the ball.

The referee merely waved away his vocal appeal and VAR didn’t intervene.

Mitch Duke and Aaron Mooy were introduced in the 63rd minute for Adam Taggart and Tom Rogic.

Oman were given one of their best chances of the game just one minute later when a through ball was chipped over the defence and found goalscorer Rabia Al-Mandhar as he burst towards goal. Harry Souttar couldn’t recover to make the tackle, but harried the striker as he charged into the box, and Mat Ryan managed to block his shot from close range.

Mooy’s introduction helped to settle the Socceroos and allowed them to maintain possession more comfortably, though Awer Mabil shortly afterwards missed a great chance to head home a cross at the back post.

Martin Boyle nearly doubled his personal tally when he nipped the ball from the defence at the half-way line and charged towards goal, but he was surprisingly overtaken before he could fire a shot or find a pass to two supporting runners on his left side.

A poor 82nd minute header by Mitch Duke from the six-yard line was another strong opportunity wasted, after he outjumped his marker to get on the end of a Fran Karacic cross.

And in the 83rd minute, another Socceroos’ penalty shout – albeit a far less convincing one – was turned down when Ajdin Hrustic was clipped in the box. This time VAR did halt play to check the incident, but confirmed the referee’s decision not to award a penalty.

Scorer Boyle was subbed for Chris Ikonomidis in the 86th minute.

Ikonomidis combined with another pair of substitutes to seal the result in the 89th minute, playing through Karacic towards the byline as Oman’s defence tired. Karacic threaded a cut-back to Duke, who calmly passed it into the net. 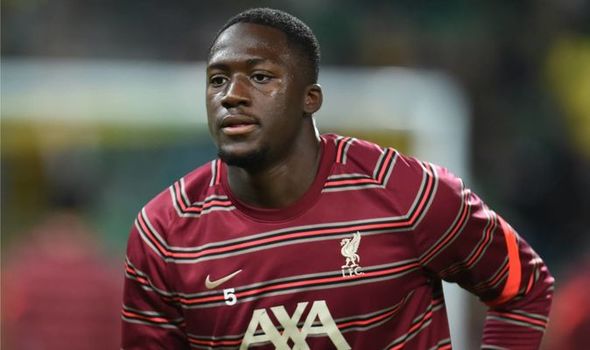 Liverpool are looking to splash the cash on a new defender in the summer transfer window.

After uncharacteristic rash of turnovers, Kansas City Chiefs’ Patrick Mahomes says he has to ‘reevaluate what I’m doing’