I guess this is how politicians feel?

Newcastle United is my football club. It is my father’s, his father’s, and his father’s. One step down and across on the family tree is an uncle who lives across The Town Moor and can hear St James’ Park when it is rocking, which hasn’t happened much of late. Uncle Bill used to go every week, then Mike Ashley happened. The joy and the hope gradually suffocated natural enthusiasm. He retains his season ticket, though every year it’s been a considered decision.

And now what. Now what?

There is no equation to calculate the level of angst, apathy, complete disdain Newcastle fans had for Mike Ashley who bathed in the financial lubricant of the Premier League for 14 years.

It is illogical, given the struggles and joy the rest of life can bring, but in every city in the world there are examples of football being life. Newcastle is an extreme example.

Winning the balance sheet championship kept one man happy. He wanted to sell for a decade? In theory only. He saved the club? Therein lies the misconception Ashley operated under. What if the club went did go bust? It could get docked 100 points, or sent to the National League North for derby days against Blyth Spartans and there would still be a club and people to support it, long after all of us disintegrate to dust. Thank goodness that man is gone from our club.

Newcastle made a liar of every modern-day statistic last season. Expected goals and the like? Bruce-ball danced around them, the unpredictability of Allan Saint-Maximin, the worthy-of-a-bigger-club prowess of Callum Wilson and on loan Joe Willock key factors in a late-season surge that snatched 12th position.

This renewal of the Premier League has fewer poor teams, of which Newcastle is most certainly one.

66 years since a domestic trophy, and look over there to the last club this happened to; Manchester City.

Even after days of reading about managerial availabilities, or watching that mock-FIFA video of a team of Ronaldo, Messi, Mbappe, and importantly, Kante, or hearing the story that there are 13,000 agents in the world and 10,000 of them would have been in contact with the club by now, the possibilities are unfathomable.

The catch, though, is far from insignificant.

Some have dressed in Thawbs and celebrated in front of Sir Bobby Robson’s statue. Some have got wildly drunk, #cans, and all that.

Some, like me, had a deep think, with some #cans of course because 14 years of frustration is worth having some #cans for.

Everyone; you, me, the neighbour, Australia to the ruling family of Saudi Arabia, has a past. And now when it comes to football their shadow is mine. A CIA report into the murder of a journalist is a factor. Plenty of advice from all points of view online too. And yet I keep on coming back to a question. How is this my fault?

Private ownership in a league known around the world, its obscene wealth multiplying by the season, will attract those with the biggest chequebooks. Those early 90s meetings about changing the way England’s top division operated stand as the football equivalent of geologists digging through sand to find oil in the 1930s.

This Newcastle United transaction, decided by so few, affects many. From my perspective, drenched in cognitive bias, there is plenty of hope.

Hope the owners treat the city right. They’ll plough millions in to bring a new manager and new players, but the most telling appointments will be those who will bring world class football. The right CEO, the right football director, the right recruitment people listening to the right agents who represent the right players to rebuild a club, not just create a team. It took Manchester City three seasons to win a title post-takeover. I’d take a time frame three times that if it meant an air of sustainability rose above all.

The disconnect between local football on Tyneside and what happens inside that weirdly shaped stadium every second weekend is gaping. Mend that. Start treating everyone in the club properly, after the last bloke took pensions of canteen staff away to pay player bonuses. They are the stories that bounce around a town, talked about in pubs and bridge clubs, far from a headline.

Investing in football comes with a spotlight. That shadow that is now my shadow? It’s rightly more exposed than it was last week.

Investment in Newcastle is different to Saudi Arabia investing in Facebook and Uber and Boeing. I’d like to think fans of a football club not known to withhold their feelings will react differently to Mark Zuckerberg should the CIA need to start filing reports again.

From watching your team run around aimlessly away to Wolves to a heightened interest in geopolitics and CIA reports.

Far out, it’s been some week.

As flippant as it might sound, I just want to watch my team play good football and wherever that leads, so be it.

It might take us to Wembley Way, and an explosion of joy decades in the making, similar to when Manchester City beat Stoke to win the 2011 FA Cup final.

My father turned 82 on Friday and woke up to this news. His brother, Uncle Bill is a few years his senior. My son is 16, and a number ten with black and white stripes hangs from his bedroom wall.

The deep thought of the last few days leads to one possibility: All four of us sitting at a Cup final, the elder two telling stories of how much their dad loved Jackie Milburn, and why Newcastle, no matter what the situation, will be a part of us. 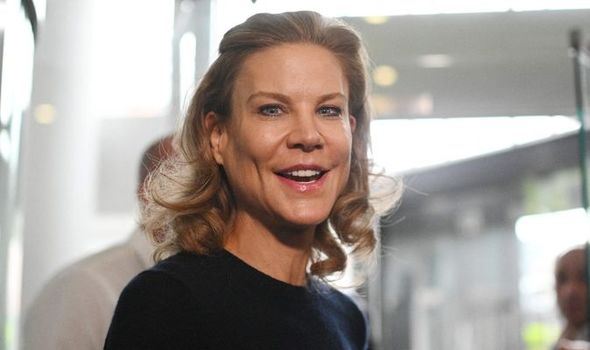 Newcastle United are expected to make the most of their newly-found backing in the January transfer window.

One of Newcastle’s top coaching targets will reportedly snub the cashed-up Magpies, while they’ve turned to a former Liverpool transfer guru to oversee their expected cash splash.

Meanwhile, the Reds are targeting a cut-price or even free deal for a benched Barcelona young gun, and a Juventus star has been labelled ‘untouchable’ despite interest from Liverpool and Chelsea among other top teams.

All the latest in our Premier League Rumour Mill!

CONTE NOT KEEN ON MAGPIES AS TRANSFER PLANS REVEALED

Newcastle’s mega-money takeover is set to revive their fortunes, with a huge transfer spend as well as a revitalisation of their academy, training grounds, and stadium all in the works (more on that below).

Coach Steve Bruce has already revealed he has little hope of remaining as manager following the takeover, with Steven Gerrard of Rangers and Graham Potter of Brighton both heavily favoured to take the reins.

But ex-Chelsea, Inter Milan and Juventus boss Antonio Conte is not interested in taking on the job of guiding the rebuild, instead hoping to take charge of an immediate contender.

That’s according to The Sun who say the recent Serie A winner with Inter is not interested in a long-term project to take the struggling Premier League club back to the top.

Conte was one of the top contenders for the gig given he is currently without a club. Whoever replaces Bruce, he’ll be set for a £8 million payout if he’s axed now, per The Telegraph.

Meanwhile, Newcastle’s new owners are looking at the services of transfer expert Frank McPartland to guide their squad overhaul, according to iNews.

McPartland is a recruitment specialist with a vast body of work with Liverpool, Watford, Brentford, Burnley and Rangers. His career has also seen him work as a director of football and academy director – which will both be crucial roles as Newcastle seek to turn things around from the ground up.

But he has most recently been working as an independent football consultant and could also take on a short-term role while the club looks for a new director of football.

The awkward truth of being a Newcastle fan after $559m game-changer: Peackock

The club’s new part-owner Amanda Staveley has spoken about the club’s ‘great ambitions’ in an interview with The Sun.

“We are in the market to compete for world-class players,” she said.

“We have great ambitions — I hope it’s going to be a game changer for Newcastle United.

“But if you don’t put the infrastructure around that world-class player and you don’t have a team that can play with him, you’ll get nowhere.”

The club has already been linked to a huge array of top talents since the takeover.

Then there’s Ciro Immobile and Napoli centre back Kalidou Koulibaly – the latter having been rumoured to be a target of a number of top Premier League clubs for some years.

But the very first signing could be Burnley defender James Tarkowski in January, according to The Telegraph.

Ousmane Dembele was meant to be Barcelona’s replacement for Neymar when the French starlet signed from Borussia Dortmund for a fraction less than £100 million back in 2017.

But recurring injuries have hampered the talented attacker’s time at Camp Nou, and he is now on the final year of his contract.

Barcelona have dumped him from the first team and reportedly won’t let him return to action if he doesn’t extend his contract – while they are asking the 24-year-old to take a pay cut from his current package of £200,000-a-week.

Liverpool, Chelsea, Manchester City as well as Bayern Munich and Juventus have all been strongly linked to a bid for the player in the past, and the transfer battle looks set to heat up in January.

TEAMtalk reports that all three of the Premier League clubs have been in contact with his agents over a potential cut-price deal or even a free transfer in January, as cash-strapped Barcelona looks to offload his hefty wage bill if they are resigned to losing him for free when his contract expires at the end of he campaign.

Dembele has also been rumoured with a move to Newcastle in January, in what could be one of their first big-name arrivals.

Italian rising star Federico Chiesa, who put on a breakout performance at the Euro 2020 competition to help lead his country to triumph, has been linked to some of the world’s greatest clubs including Liverpool and Chelsea in recent weeks, as well as German heavyweights Bayern Munich and Borussia Dortmund.

But it appears Juventus have shut down any talks of a possible transfer, according to Italian transfer guru Fabrizio Romano.

He tweeted: “Despite rumours about Liverpool, Chelsea and German clubs interest, Juventus have no intention of considering offers/approaches for Federico Chiesa. He’s “key part” of the project and untouchable.” 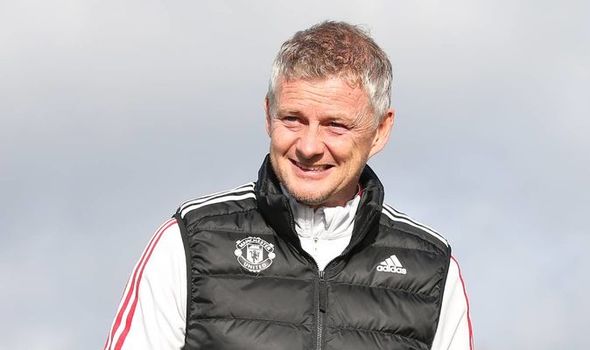 United are preparing for Saturday’s Premier League match against Leicester.