Sergio Aguero is hoping to have the “pleasure” of playing alongside Lionel Messi after signing a two-year deal with Barcelona.

Aguero will become a Barca player once his contract with Manchester City expires at the end of June, bringing an end to a decade at the Premier League champions, and his new team have slapped a 100-million-euro ($A158 million) buy-out clause on the 32-year-old.

However he is still not sure that Messi will be his teammate next season as the club captain is yet to sign an extension to his current contract which expires next month.

“Let’s hope we play together … what happens with Leo is down to decisions that he will make with the club,” Aguero told reporters at the Camp Nou after he was unveiled on the famous pitch.

“Obviously it will be a pleasure if we play together. If he continues here, which I think he will, we will try to do our best for the club as he always has done.”

Barca will hope Aguero’s arrival in Catalonia helps to convince his friend and fellow Argentine Messi to stay, as the club faces up to declining performances on the pitch and a worrying financial situation.

Ronald Koeman’s side finished third in La Liga this past season and have debts of 1.2 billion euros ($A1.9 billion).

They were knocked out of the Champions League at the last-16 stage by Paris Saint-Germain, and could yet face sanctions from UEFA for refusing to back out of the short-lived European Super League project.

Last week club president Joan Laporta said that talks for Messi’s new contract were “going well”, and on Monday insisted that Aguero’s signing was part of a broader Barca rebuild.

“The signing of Aguero is for Aguero. We want to build a competitive team and obviously we also want Leo to stay, we have already told him this,” Laporta said.

Aguero’s signing for Barca comes two days after he missed out on winning the Champions League with City, Pep Guardiola’s side losing this season’s final to Chelsea at the end of a season disrupted by injury.

His final appearance for City was as a substitute for Raheem Sterling late in the final in Porto as the newly-crowned Premier League champions tried in vain to win Europe’s top prize for the first time.

He leaves City as their all-time record goalscorer with 260 goals, and with the most goals scored for a single club in Premier League history — 184 goals in 275 appearances.

“Leaving aside last season, I had nine very good years at City,” said Aguero. “A knee issue kept me out for a few months, I recovered, I got Covid … but in the last four months I’ve felt very good physically.” His move to Barcelona had been long in the offing, with Guardiola saying a week ago that he was close to a deal with the Catalan giants.

He will participate in this year’s Copa America, which on Monday was moved from Colombia and his home country Argentina to Brazil.

“If they have made that decision it is because things are not going well in Argentina, there have been a lot of infections over the last few days and many deaths. I think it was a good decision,” said Aguero

In a statement, Barca said that Aguero, who arrives after a decade at Manchester City, has a buy-out clause “set at 100 million euros ($A158 million).” Aguero’s signing for Barca comes two days after he missed out on the Champions League with City after losing this season’s final to Chelsea.

The 32-year-old leaves City as their all-time record goalscorer with 260 goals, and with the most goals scored for a single club in Premier League history — 184 goals in 275 appearances.

His departure for Barcelona had been long in the offing, with City coach Pep Guardiola saying a week ago that he was close to a deal.

Aguero returns to Spain after spending five years with Atletico Madrid between 2006 and 2011, and the club will hope his arrival in Catalonia helps to convince his compatriot Lionel Messi to stay.

Barca captain Messi, whose contract expires at the end of June, is yet to sign a new deal with Barcelona.

Aguero will participate in this year’s Copa America, which on Monday was moved from Colombia and his home country Argentina to Brazil. 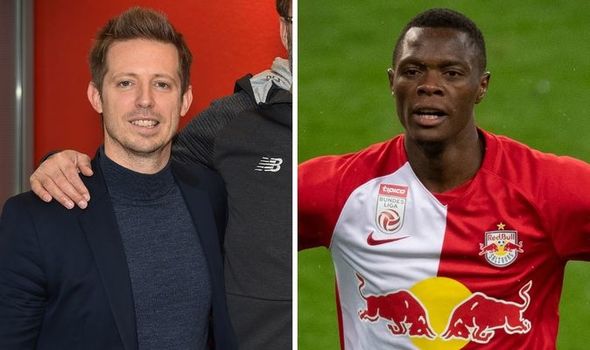 Liverpool are expected to be in the market for another forward this summer transfer window.

Ange Postecoglou has been confirmed as the new manager of Scottish giants Celtic.

He said in a statement: “The opportunity that has been given to me is one of the greatest honours in football and the responsibility to lead our magnificent football club into the future is one that I will cherish dearly.

“Celtic is one of THE names in world football, of that there is no doubt – a giant of a club, a proper footballing institution and so much more – real history, real substance, real authenticity and real soul. I know Celtic is a true way of life for so many people and I know the demands which come with this position – I am ready to do all I can to meet those demands.

“I will be doing everything I can to get our great Club back on top and, at the same time, deliver the kind of football which our fans appreciate. We want to entertain our fans and we want to win, these are the objectives which I always set myself and which I now begin work on.

“When you think of Celtic, you think of supporters and my dream is to see our fans back at Celtic Park with us as soon as possible. We all hope things are changing for the better and can see our fans soon as they are vital to everything I want to do. We need our supporters back by our side and I can’t wait to be with them back in a packed Paradise.

“I have already had great discussions with Peter, Dom and the Board about their ideas and strategy for the future of the club. I know the Club’s new modern vision aligns very much with mine and we now look to go and deliver on this. In everything we do we aim to give our fans a successful team of real quality, which they are excited about and can be proud of.

“We have already begun work on our plans for adding to the squad – we aim to bring players of quality to Celtic to enhance the existing core of great talent.

“I very much look forward to meeting with the players on their return from the close season break and I can’t wait to get started as Celtic Manager.” 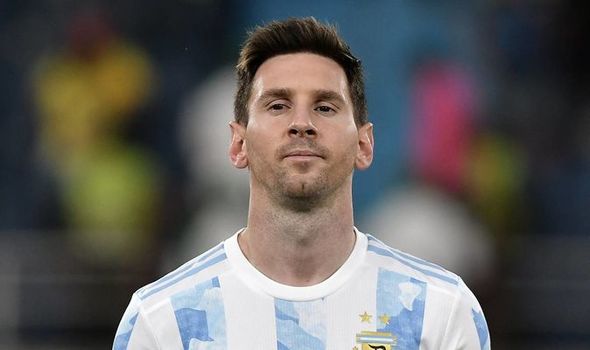 Messi is out of contract with Barca at the end of June and could move to the US.