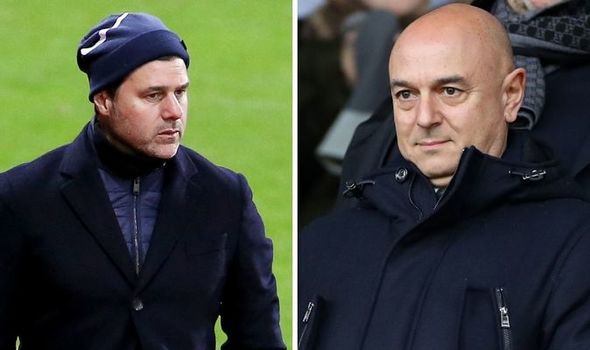 Mauricio Pochettino appears to be a frontrunner for a surprise return to the Tottenham dugout this summer.

A male sports commentator has come under fire after threatening to “choke” his female co-host on-air during a soccer game broadcast.

During coverage of a United States versus Mexico game, former US men’s national soccer team (USMNT) player Oguchi Onyewu said to Mexican women’s national team defender, Janelly Farias, “I will come across this desk and choke you”.

The comment was made during a live recording of CBS Sport, after the pair quarrelled while discussing the USMNT’s win over Mexico during the Concacaf Nations League final.

While the retired athlete maintained the remark was a joke, he was swiftly met with criticism on social media for his “aggressive” commentary.

“Oguchi Onyewu has no awareness on or off the pitch,” one user wrote on Twitter.

While Farias laughed off the remark, viewers claimed she “had to” in the moment.

“She couldn’t turn the discussion right then into one about threatening women to agree or suffer the consequences,” one said.

“It was a nervous laugh. It’s not funny at all. Zero.”

Later in the program, Onyewu acknowledged that the comment “should’ve never come out of my mouth”.

“Early in the show, you know, throughout our banter back and forth, I got carried away for sure,” he told Farias.

“And I said a stupid thing that should’ve never come out of my mouth. And I am deeply sorry for it and I apologise to you and I hope that you can forgive me and don’t take any offence to it. So, I just really want to sincerely apologise for what I said.”

Farias accepted her co-host’s apology with a fist-bump, telling him, “I think the fact that you can say that on national television speaks volumes of you.” 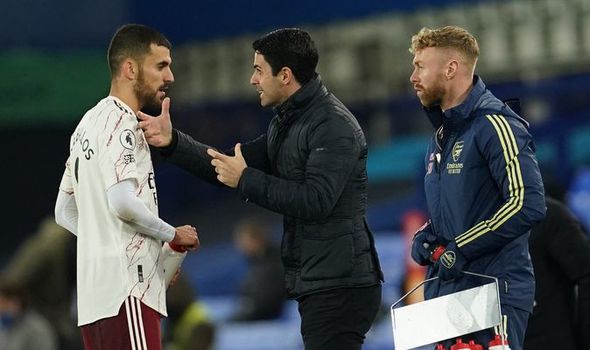 The Spanish midfielder is set to leave Arsenal after two years on loan this summer. 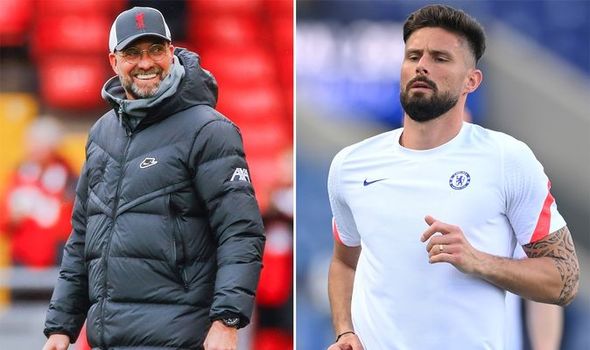 Liverpool will be paying close attention to Olivier Giroud’s transfer saga this summer, with the Frenchman set to play a key role in the Reds’ transfer business.