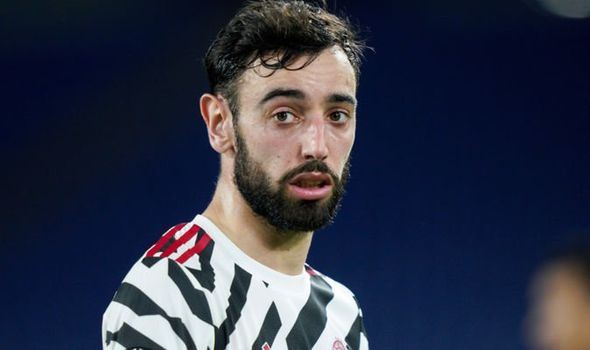 Man Utd midfielder Bruno Fernandes will be delighted his wishes are being met.

Jadon Sancho wages: How much star will earn if 'five-year Man Utd contract' is signed 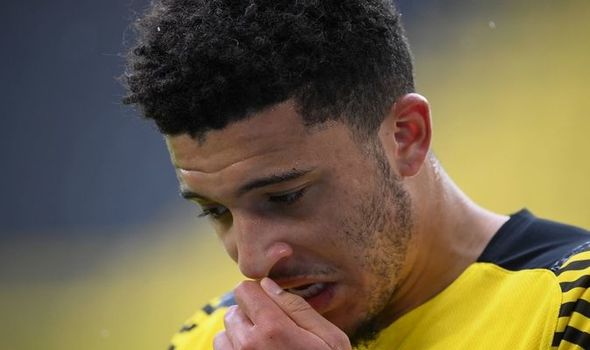 Manchester United have reportedly offered Jadon Sancho a five-year deal as they continue to work on agreeing a transfer fee.

It’s been a longer wait than ever before, but finally Euro 2020 gets underway on Saturday morning.

And it kicks off with one of the contenders for the crown, Italy, who take on Turkey in what looks like it should be a pretty straightforward Group A.

But they aren’t the only ones who should be seeing themselves comfortably into the latter stages of the tournament. Here we look at all of the big contenders for Euro 2020…

Due to the delay of Euro 2020, the World Cup qualifying campaign has already begun for 2022 and Italy have started with real speed. So far, they are three games in with three wins, six goals scored and none conceded. Roberto Mancini’s team shouldn’t have too many issues keeping that streak alive in the group stages, with Wales likely to be their toughest opposition – although they look unlikely to replicate their heroics of five years ago in this tournament. After that, they have a pretty decent run until the quarter finals, where they will probably face Belgium. Has this sleeping footballing giant finally woken?

If you’re looking at a punt on the golden boot, Romelu Lukaku is going to be high up on your list. Like Italy, Belgium have been presented with a very straightforward task until a potential quarter-final with Roberto Mancini’s side. If Belgium can get captain Eden Hazard in his Chelsea form rather than his Real Madrid form, they will be formidable. There will be some worry about their ageing defence, but this is a team that has been together for a long time and know each others’ strengths and weaknesses. Will this be the moment they finally reach their potential? A final berth is not out of the question, but they will have to do it the hard way, with France a potential semi-final opponent.

Unfortunately for the Dutch, they might be an example of a team who burns brightest before going out shortly after. Their group, featuring minnows North Macedonia, is the weakest of all drawn and should offer up some high-scoring affairs – and another few candidates for a golden boot winner. But after that, however, it could get difficult. They will face the best third-place team in the Round of 16, which could well end up coming from Group F, the Group of Death featuring holders Portugal, and the previous two World Cup winners France and Germany. Gulp.

Whisper it, but could this finally be the year that England end their 55-year wait for another international tournament victory? There aren’t many other countries that can boast a squad with such exciting, young, attacking talent as the Three Lions. In Harry Kane they have one of the most lethal finishers in the world and with a supporting cast of Raheem Sterling, Marcus Rashford, Jadon Sancho, Jack Grealish, Phil Foden and Mason Mount, he isn’t going to be short of chances. The main worry is their defence, especially with injury concerns around Harry Maguire. His absence could push England to play five defenders, and sacrifice an attacker. Either way, with a squad this young and talented, this is England’s chance to build a dynasty.

No Real Madrid players for the first time ever, including captain Sergio Ramos, and Luis Enrique opting to take just 24 players rather than the permitted 26 – Spain are breaking from the norm this year.

It’s a PR gamble which is sure to be brought up in any post-mortem should Spain flop but they are going in with some decent form and have a fairly straightforward journey to the quarter-finals should they, as expected, top their group.

Spain have a lot of good young players and for the casual fan, they won’t be too much expectation with an unfamiliar line-up.

But underestimate them at your peril, La Liga was the most competitive of the top five leagues this season and Villarreal did win the Europa League too, remember. They may not be as good as they once were, but they will be fun to watch nonetheless.

France’s reserve XI would make it fairly deep into this competition, never mind the starting XI, which is reaping the rewards of being together for such a long time under coach Didier Deschamps.

Just look at the names he has to call on: Paul Pogba, Antoine Griezmann, Kylian Mbappe, N’Golo Kante, Raphael Varane, Kingsley Coman, Ousmane Dembele… and that’s without even mentioning an international return for Karim Benzema up from at the age of 33.

They’re in the Group of Death with Germany and Portugal but they should still be topping it with the resources they have. Put simply, there isn’t a better, more complete squad of players right now in international football.

Germany. Perhaps the biggest unknown of all the teams at this tournament. Head coach Joachim Low will step down after 15 years at the end of the tournament and it appears the right time to do so, with the once progressive, technical, possession-based style becoming slightly stale and unthreatening in recent years.

Their defence isn’t particularly quick and they leave themselves open to counter-attacks yet you simply cannot rule them out. There is talent all over the pitch, from Manuel Neuer in goal, to Joshua Kimmich, Toni Kroos and Ilkay Gundogan in midfield and Kai Havertz, Thomas Muller, Leroy Sane and Serge Gnabry up front.

They could be anything from winners to crashing out in the first round and could grind out a victory against the likes of France or get absolutely smashed by them. Who knows, but it will be fun to watch!

This is another team full of stars. Bruno Fernandes, Bernardo Silva, Joao Felix, Ruben Dias, Joao Cancelo and the biggest in the whole tournament in Cristiano Ronaldo.

They lifted the trophy in 2016, beating France in the final despite only scraping through the group stages with only three points as one the best third-placed teams. In fact, they only won one game inside 90 minutes in the entire tournament, the semi-final against Wales where Ronaldo dominated.

However, Portugal have an ageing squad and will have to rely on rotation to retain their trophy. Ronaldo is 36, Pepe is 38 and Joao Moutinho is 34 and they form the spine of the team.

They complete the Group of Death and yet are definitely contenders to win the whole thing. You feel like the winner of the tournament will come from Group F, it’s just a matter of which one. 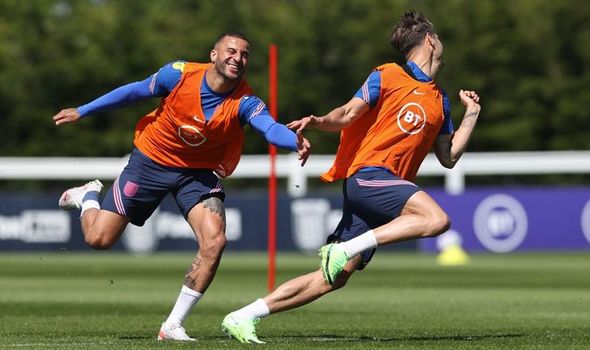 Jadon Sancho wages: How much star will earn if 'five-year Man Utd contract' is signed

Chicago Bulls’ Coby White out at least 4 months after injuring shoulder, having surgery

Julio Jones on targets with Tennessee Titans — I’m a team guy, not a stat guy