“We actually spoke about it the other day, hopefully we can play for the Matildas one day together. In a World Cup on home soil would be even better.”

Two talented 19-year-olds born just three days apart in February of 2002, along with countless young Australian female football players, now share that dream after Australia and New Zealand won the right to host the 2023 World Cup down under.

But this Thursday night the pair will be hoping for different results when Melbourne Victory play host to Western Sydney in a W-League blockbuster. After being on the same side last season, Cooney-Cross was recalled by the Victory after her one year loan spell at Wanderland.

The constant rescheduling of W-League fixtures actually worked out in Cooney-Cross’s favour. She was originally scheduled to face her former club in the season-opener in Sydney way back on December 27 and wasn’t looking forward to it: “I was hoping that wouldn’t happen.”

As fate would have it she’ll now face them more than two months later at AAMI Park in Melbourne.

“I have a lot of respect for the (Wanderers), because they did so much for me. I had a good season and I loved it! It was probably the best environment I’ve ever been in. All the girls we just got along together. All of us were quite loud, it wasn’t very mute, you always need some characters in the team.”

That fun-loving team camaraderie shone through on Boxing Day 2019 in a 4-nil win over Canberra United, when Cooney-Cross opened the scoring and found herself riding Santa’s sleigh in celebration, as teammates including Nevin slotted in as reindeer: “Whoever scored was on the sleigh, it was the Americans’ idea.”

That header was one of four goals for Cooney-cross in red and black last season, but she’s better known for her 25-metre screamers: “I love the long-range bombs. I’ve always been pretty good at it, but as I’m getting older it’s getting a bit better.”

It’s a technique the talented teen has worked on since dad Jai Cross put a ball in front of her the moment Kyra learnt to walk on Queensland’s Sunshine Coast. At the age of eight Kyra and her younger siblings were off to Alice Springs with mum Jessica Cooney for three years in the Red Centre, then they headed down to Ballarat, “Obviously soccer was better in Victoria than it was in Alice Springs, so we made that move to help my career.”

Five years ago the family settled down in Torquay, where a couple of Kyra’s younger sisters are also developing their football skills.

But at the start of 2018, at the age of 16, Cooney-Cross left the family behind to be part of the Future Matildas program in Sydney, which meant she’d also attend the famed Westfield Sports High for year 11 and 12.

She was part of a stacked school team which included Nevin and other future W-League players like Shay Evans, Susan Phonsongkham and Angelique Hristodoulou as well. Unsurprisingly they won a State Knockout competition together.

Cooney-Cross had completed her last two years of school while chopping and changing between numerous host families, but with a third year in Sydney on the horizon, that’s when she asked Nevin for a favour: “During the end of year 12 we started getting closer, and then I said ‘hey I think I’m coming to the Wanderers, I need somewhere to stay – is it okay to stay with you?’ So she asked her Mum and they said “yeah its fine.” So I stayed in the spare room downstairs. I had my own bathroom!”

She lived with the Nevin’s for more than a year, before moving back to Victoria just before this season began.

The “besties” separated until a potential showdown under the Thursday night lights: “I’d try and avoid (Nevin) on the pitch. She’s quite tough – she’d probably two-foot me or something,” giggled Cooney-Cross, but in truth the Wanderers left-back is too nice for that kind of stuff. Here’s what Nevin had to say about her friend: “She’s really good and talented. In training we used to have a little fun, it’s always a competition with her.”

But sadly a reunion on the pitch this week won’t happen. Nevin started all 13 games last season and the first 6 in this campaign before Wanderers coach Dean Heffernan left her on the sidelines for the past 3 games, “Nevs just needed a rest. She was burnt out at the start of the season physically and mentally. She hasn’t stopped for years, from NPL to W-League to every Young and Future Matildas camp. One of the many reasons we need a full-time professional league – so these girls actually get a rest!”

Former Socceroo Heffernan is a big wrap on both players, “They both have an x-factor about them. Nevs with her left foot and athleticism. Kizz with the ball at her feet – few can match her!”

A left-back for the Wanderers, Nevin has been asked to play centre-half for junior national teams and has drawn comparisons to Matildas and Arsenal superstar Steph Catley. Just last season when the Wanderers faced Melbourne City, Nevin had a ding-dong battle with another former high school teammate Ellie Carpenter, who at the age of 20 is now starring with French powerhouse Olympique Lyonnais: “What she’s doing now is so important for young Australian footballers to show how far they can go – so she’s a really good role model to try and follow.”

2021 is an Olympic year for the Matildas, with the home World Cup now only two years away, so how soon might a senior international debut come for Nevin or Cooney-Cross? Well, the attacking midfielder revealed they’d recently received the kind of encouragement they’re after: “We had a meeting with (Matildas head of Sports Science) Tony Wignell who came and spoke to us, and he asked me, ‘How far away do you think you are?’ And I said I think I’m really far, and he said, ‘no you’re not – some of you girls are almost there – you’re so close!’”

The pair have come through the pathways, with Nevin joining the senior Matildas squad for training ahead of the 2019 friendlies with Chile, while Cooney-Cross came close to breaking into the last World Cup squad: “The Future Matildas program has done a lot for me. We did six high intensity sessions a week. It got me into the Matildas pre-World Cup training camp in Turkey and the Netherlands. I was an injury replacement player just in case. Hopefully I can break into that team, but I’m just keen to have another good W-League season first.”

So far Cooney-Cross has added another 2 goals from 8 games with the Victory who sit 4th on the W-League ladder, while the Wanderers are four points back in 6th spot. It makes Thursday night’s game crucially important to both clubs’ top 4 hopes. With both Cooney-Cross and Nevin keen to be part of the finals action next month when new Matildas coach Tony Gustavsson will be looking for future stars to shine bright. 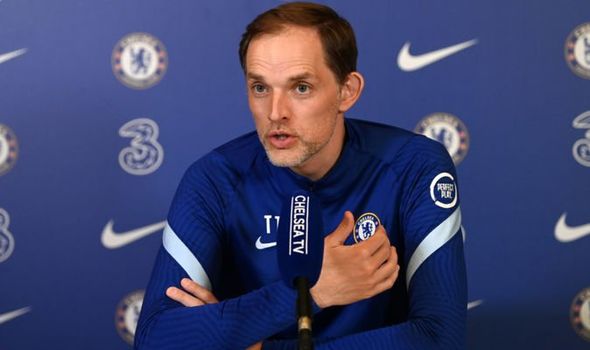 Chelsea manager Thomas Tuchel has rubbished claims over two of his players’ form. 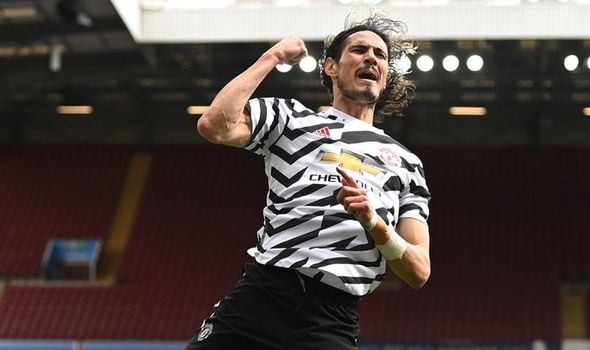 Manchester United exercised Edinson Cavani’s contract extension clause, but the striker has not ruled out a future move to a club he nearly joined instead. 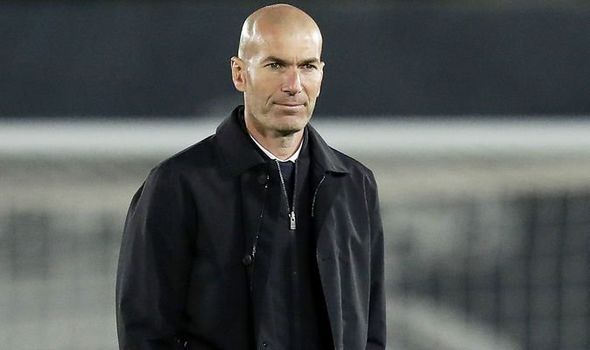 Zinedine Zidane will leave Real Madrid at the end of the season, according to reports.