AS one side of Melbourne languished to new lows, another sounded a loud warning to the rest of the competition.

Melbourne City delivered one of the best performances in franchise history delivering a hammer blow to Melbourne Victory’s disastrous start to the season – succumbing them to a 6-0 hammering at Marvel Stadium.

The loss is not only the biggest ever Melbourne Derby win, it was Victory’s worst ever loss and City’s biggest win in club history.

City were immediately on the front-foot and were presented a golden opportunity to take the lead when Dalibor Markovic fouled Nathaniel Atkinson in the box.

Maclaren stepped up to take the resulting penalty and uncharacteristically rattled his spot-kick off the crossbar to the ecstasy of the Victory fans behind the goals.

However, their dominance would soon be rewarded as Nabbout’s flick from a Noone cross ricocheted off an unknowing Maclaren to give City the lead.

After the break, Nabbout’s pace continued to cause headaches and yet again, his delivery was on-point finding Berenguer who tapped the ball home from close range.

Among the echoing chants of discontent by the Victory fans, City weren’t finished as Metcalfe slammed home a quick-fire double and Stefan Colakovski made it six in added time.

This is rock bottom for the Melbourne Victory.

After weeks of fan discontent, poor performances and tumultuous off-field situation, their 6-0 loss to City capped off a catastrophic start to the season.

Last night’s loss meant it was Victory’s worst-ever start after ten games, registering a meagre seven points from a possible 30 while also losing by the biggest ever margin in a Melbourne Derby.

The next week will be telling as questions continue to be asked about the future of Grant Brebner and whether he can or will have a chance to turn Victory’s fortunes around.

“We make no excuses for it; it was an unacceptable night … it was humiliating.”

Brebner said from an on-field standpoint this was “rock bottom” for the club and described the situation as “uncomfortable.”

He did, however, say he takes full responsibility for their poor performances despite the finger being pointed at the Victory board.

“I would say that the finger should be pointed at me for the sake of the football club,” Brebner said.

“I have always said that I take the blame for nights like tonight and I am not wanting to blame anyone else,

“I am the head coach of this football club, I am the one who needs to look at the game tonight, analyse the game and come up with reasons why that happened, it’s not finger pointing, it’s not about scapegoating – it’s the reality.”

This was a statement from Melbourne City.

After a slow start to the season, City have roared back with three straight wins and now find themselves right back in Championship contention.

Their ruthless attack punished a hapless Victory defence and delivered a major warning to the rest of the competition that they are right in the reckoning to go one better this season.

There aren’t many players in the A-League who can match Andrew Nabbout’s rare power and pace combo.

Nabbout, who swapped his navy for baby blue in the off-season came back to terrorise his former team with a standout performance.

Since returning from injury, City have won three games on the bounce and his strike partner Jamie Maclaren is also reaping the rewards – scoring seven in those three. 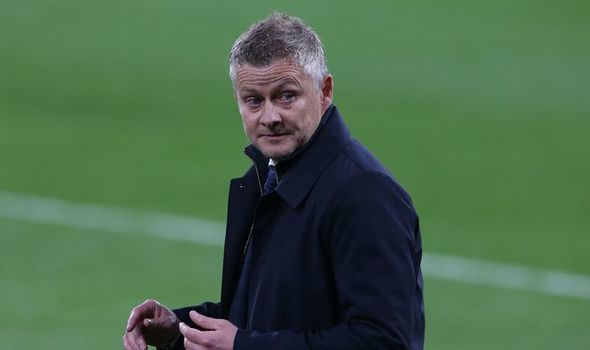 Star Socceroos defender Trent Sainsbury broke down in tears in an emotional interview after the Socceroos record-breaking win over Jordan on Wednesday morning.

Sainsbury made his 50th appearance for the green and gold in the victory, a historic eight-straight win during qualifying for the 2022 World Cup in Qatar.

Then the veteran centre-half fronted the cameras in a touching interview that proved just how much playing for the Socceroos means to the 29-year-old.

Sainsbury first praised the ‘unbelievable achievement’ of sweeping Group B of Asian qualifying with a perfect record.

“It’s an unbelievable achievement. It’s such a strong group we got here and the belief is unbelievable,” he said.

“I don’t think people understand just how difficult it is to come away to places like this and play on pitches that are sub-par (which) is putting it nicely.

“To pull off a 1-0 win, OK it’s from a set piece but at the same time, like I said, conditions are ridiculous. It just shows how tough and strong the team is mentally.”

Then Sainsbury opened up on his incredible journey to joining the rare group of Australians with 50 international caps.

“I didn’t realise it until a couple of people were talking about it pre-camp. But it’s always in the back of your mind I guess. It’s a big milestone but I’m just happy for the boys and I’m happy to be part of the camp still,” an emotional Sainsbury said.

“I always go back to my first cap against Belgium, I think about how lucky I was to get one. To get 50, it’s a pretty big thing – but I just love being part of this team, this family, with the boys.

Sainsbury had joined Dutch club PEC Zwolle as a 22-year-old in early 2014. Socceroos boss Ange Postecoglou was keeping a close eye on him, with a maiden call-up to the World Cup all-but-assured.

Then, making his debut for his new club, Sainsbury fell badly – onto a sprinkler – and damaged his knee badly. He wouldn’t play for nearly six months, and didn’t even watch the Socceroos’ World Cup games such was his disappointment.

After returning to the field, Sainsbury was again robbed of a Socceroos debut after he sprained his ankle in the opening match of the 2014/15 club season. But finally, in September 2014, he debuted against heavyweights Belgium and never looked back.

He started every game as Australia won the 2015 Asian Cup on home turf, even scoring in the semi-finals and earning man of the match honours in the final. He appeared in all three matches in the 2018 FIFA World Cup, and now plays for KV Kortrijk in Belgium’s first tier.

The star defender and sometimes Socceroo captain choked back tears and held an extended pause as he reflected on his career.

He finished by saying: “Like I said, it’s just great to be amongst it with the boys. Eight wins from eight, I can’t think of anything better. We’ll go on to get more and achieve bigger and better things.” 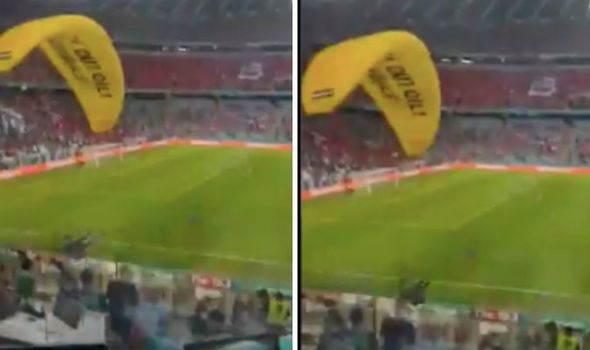 The incident occurred just before kick-off as France and Germany got their Euro 2020 campaign underway in Munich.