Erling Haaland has become the fastest player to score 20 goals in the UEFA Champions League, and he’ll likely never forget the wild sequence that led to his record-breaking strike.

It took the 20-year-old to 20 Champions League goals in 14 matches, 10 matches less than previous record holder Harry Kane, who scored 20 goals in 24 matches.

Haaland’s first goal was a simple tap-in but his came in much more dramatic fashion.

He found the back of the net with a brilliant finish early in the second half only for the goal to be scrapped on VAR after he was adjudged to have caused a foul on the ball in the lead-up.

However VAR found Haaland had been fouled in the box in an incident several minutes earlier.

Haaland had his penalty saved, only to get another chance after the referee awarded a re-take.

He made no mistake the second time and caused a stir by celebrating in Sevilla goalkeeper Yassine Bounou’s face after tucking away the penalty.

Haaland, who had been a doubt with an ankle injury, also netted twice when Dortmund won the first leg 3-2 in Sevilla on February 17. 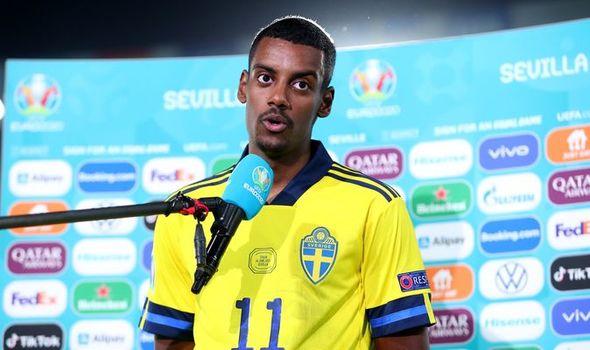 Isak impressed for Sweden in their opening game of Euro 2020, but Liverpool should look to their transfers after previous tournaments for several lessons.

Coach Alen Stajcic wants a “new challenge” after confirming his departure from the Central Coast Mariners.

As reported on Wednesday, Stajcic, and his assistant Nahuel Arrarte, have left the Gosford-based club after lifting them from the wooden spoon to a third-placed finish on the A-League ladder.

“After a long period of discussions and reflections I have decided that I want a new challenge and to go in a new direction in my coaching journey,” former Matildas coach Stajcic said.

“I came to the club in 2019 when it had just one win in 22 matches and when I was also at a crossroads in my career.

“I came here with enormous goodwill and today I leave with a lifetime of bonds, friendships and memories.

“I will be forever grateful. I believe I have repaid that faith and trust placed in me and I believe the club is in a much better position now than it was at that time.”

Mariners CEO Shaun Mielekamp praised Stajcic and Arrarte for their contribution to the club.

“On behalf of everyone at the club I would like to thank Alen and Nahuel for their tremendous contribution to the club, that has resulted in delivering an outstanding season,” Mielekamp said.

“We wish them all the best in the future as they look to take on their next challenges.

“Alen and Nahuel came to the club to help restore pride and credibility.

I am confident that the legacy that Alen and Nahuel leave the club will remain with us going forward.”

“The focus is now to ensure the club continues to move forward and build upon the success of this season, and we are well progressed in setting up the structures for next season and once things are finalised we will make announcements accordingly.”

Stajcic, who was understood to be frustrated with a lack of financial support from Mariners chairman and owner Mike Charlesworth to improve the Central Coast squad for next season, has already been linked to the vacant Western United coaching job.

Cristiano Ronaldo’s infamous Coca-Cola stunt made headlines this week, but the footballer has since copped backlash after footage resurfaced of him advertising unhealthy products in the past.

Ahead of Portugal’s Euro 2020 opener against Hungary, Ronaldo decided a pair of glass Coca-Cola bottles didn’t belong on the table in front of him during a press conference.

After removing the drinks from the table and placing them out of sight, the 36-year-old produced a bottle of water, holding it up and saying: “Drink water.”

However, the Portuguese superstar has been accused of hypocrisy after footage and photos emerged of his involvement in old Coca-Cola commercials.

Ahead of the 2006 FIFA World Cup, Ronaldo featured in an advertising campaign endorsing the drink company.

The Juventus forward also filmed a Middle Eastern advertisement for KFC in 2013, during which he enjoys a bucket of fried chicken.

Former teammate Ryan Giggs revealed Ronaldo once arrived at Manchester United training with Coke bottle in hand, and subsequently copped a spray from the midfielder.

Last year, the five-time Ballon d’Or winner revealed his son sometimes “drinks coke and eats crisps”, much to his irritation.

Paul Pogba imitated Ronaldo’s stunt following France’s 1-0 victory over Germany, removing a bottle of Heineken from the table during his post-match press conference.

Portugal will next face Germany on Sunday morning at 2am AEST.