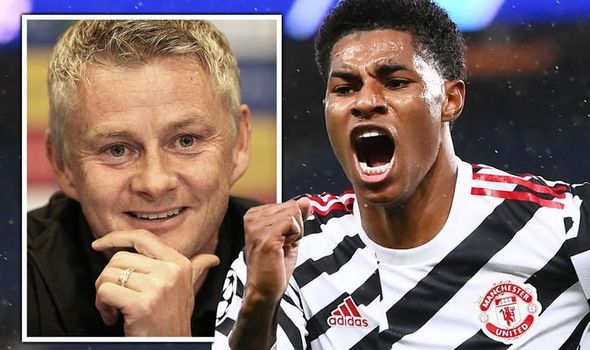 EPL news: Edinson Cavani, Manchester United, Instagram, racist language, Negrito – what does it mean, what did he say

Manchester United striker Edinson Cavani is expected to be investigated by the FA after using a term which the Football Association has previously deemed as racist on his Instagram account.

Fresh from United’s 3-2 win over Southampton in which he scored twice, Cavani shared an Instagram story involving a fan which contained the word “Negrito”.

The post has since been deleted, but Cavani could still face at least three games on the sidelines.

“Negrito” was the term used by ex-Liverpool forward Luis Suarez – Cavani’s friend and fellow Uruguay teammate – during a derby with United in 2011.

At the time Suarez claimed it was a term of endearment in Uruguay, something supported by many linguistic experts.

However, the FA rejected that suggestion and slapped the then-Liverpool striker with an eight-game ban.

The FA has continually vowed to take tough action on racist behaviour from players, issuing an edict prior to the 2020/21 season that any sanction would be a minimum of three games.

Last year, Manchester City’s Bernardo Silva received a suspension for posting a photo on his Twitter account which likened his City teammate Benjamin Mendy to a cartoon used by a Spanish chocolate brand.

Liverpool’s ever expanding injury list has prompted Jurgen Klopp to take on the football authorities and broadcasters over a gruelling schedule that he feels is doing little to protect the players.

Klopp was infuriated that Liverpool were chosen for Saturday’s lunchtime kick-off in a 1-1 draw at Brighton just over 60 hours after they faced Atalanta in Europe on Wednesday night.

“After Wednesday, Saturday at 12:30 is really dangerous for the players,” said Klopp, who also sarcastically congratulated a BT Sport interviewer for Milner’s hamstring injury in the second half.

However, he is not alone and has formed an unlikely alliance with Manchester United and Manchester City, who have also faced early Saturday kick-offs after Wednesday night games in the Champions League this season.

United manager Ole Gunnar Solskjaer said his side had been “set up to fail” when they won at Everton after returning from a trip to Turkey barely 48 hours before they travelled to Goodison Park.

City boss Pep Guardiola has also been a strong advocate of allowing managers the chance to make five substitutions.

“All around the world there is five substitutions. Here we believe we are a special league with just three players, we don’t protect the players,” said Guardiola after his side’s 1-1 draw with Liverpool earlier this month that characterised the problems of a condensed calendar.

Both sides chased the game in an enthralling first 45 minutes before settling for a point as fatigue set in after the break.

“We’ve reached a point where you start to think that with so many matches and so many injuries, the spectacle is not the same,” said Real Madrid boss Zinedine Zidane last week.

Despite losing a month of the season due to a late start to the campaign caused by the three-month coronavirus shutdown last season, barely any sacrifices have been made in English football to ease the strain on players.

Both domestic cup competitions have been retained alongside a full 38-game Premier League season, European football commitments and two international breaks with an extra game for European nations.

Guardiola has repeatedly argued that the gruelling winter schedule in England when other major leagues take a mid-season break comes at the expense of better quality matches for fans to enjoy.

And he believes that is only exacerbated in a season so far without fans inside the ground.

“The problem is today the players lose the joy of playing football. Before it was nice playing football once or twice a week with spectators, now it is in three days another one.”

Two previous votes have failed to garner the 14 votes needed from the 20 Premier League clubs to change the rules over fears from those with less resources that such a change only benefits the bigger clubs with deeper squads.

“I’ve got incredible respect for these top managers because they produce top results and win things,” said Wilder, whose side sit bottom of the table with just one point from 10 games.

“But they’re selfish, they look after their own clubs. They’re going to be bothered about Liverpool, Man City and Chelsea, which I understand and respect. I would be the same, but I’m bothered about Sheffield United and it doesn’t help us to have five subs.”

Yet, the evidence across Europe shows the continent’s biggest clubs are struggling to match their usual levels of dominance even with five subs.

Real Madrid and Barcelona find themselves well off the pace in La Liga having already lost three times each.

Paris Saint-Germain have also lost three of their opening 12 matches in Ligue 1, while Juventus sit fourth in Serie A, behind Sassuolo, as they go for a 10th consecutive title.

Klopp may not be getting much sympathy from those fighting just to remain in the Premier League.

But the cost of cramming so much football into a shortened calendar threatens not only player welfare, but the enjoyment for fans watching a watered down product.

A “mourning” Napoli honoured their club legend Diego Maradona on Sunday with a 4-0 victory over Roma, as AC Milan extended their lead in Serie A by beating Fiorentina.

In Naples, players took to the pitch wearing a special Argentina-inspired jersey in tribute to Maradona, who died aged 60 on Wednesday.

Captain Lorenzo Insigne curled in a free-kick after half an hour, celebrating his goal by holding up and kissing the No. 10 jersey of the Argentina great.

“There is an air of sadness,” said Napoli coach Gennaro Gattuso.

“This is a wonderful city even when the weather is bad and yet there is an atmosphere of mourning.”

A minute’s silence had been observed before the game, as in all matches in Italy, in memory of Maradona who spent seven years at Napoli.

A photo of Maradona was projected onto giant screens in the 10th minute, as players stopped to applaud.

Napoli’s jersey with white and light blue vertical stripes was specially designed to remember Maradona who led the club to their only league titles in 1987 and 1990 and the UEFA Cup in 1989.

“The city has done everything to honour him, the team too. Diego will always remain,” said Gattuso.

“He is a legend, who has done something important. Those who have been lucky enough to see it cannot forget it.”

At the San Siro, Serie A top scorer Zlatan Ibrahimovic watched from the stands after picking up a muscle injury last weekend.

Head coach Stefano Pioli was also absent recovering from coronavirus, but Milan extended their unbeaten run in the league this season.

Franck Kessie set up Alessio Romagnoli for the opener on 17 minutes, with the Ivorian forward adding a second from the penalty spot 10 minutes later.

Pioli spoke to the team by video link after the game.

Milan have now gone 21 league matches without defeat since Serie A returned in June following the coronavirus lockdown.

New Fiorentina coach Cesare Prandelli fell to his second defeat in as many games, with his side just three points above the relegation zone and without a goal in their last four games.

In Rome, Lazio’s players took to the pitch with special ‘AD10S’ jerseys in honour of Maradona, but slumped to a 3-1 loss to Udinese whose victory was paved by their Argentina players.

The hosts trailed after quarter of an hour when Argentine Roberto Pereyra set up Turkish midfielder Tolgay Arslan for Udinese’s first goal against Lazio at the Stadio Olimpico in six years.

Rodrigo De Paul then set up fellow Argentine Ignacio Pussetto for the second just before the break, and provided the assist for another compatriot Fernando Forestieri’s third midway through the second half.

After his goal, Pussetto opened his two hands wide, to symbolise the number 10. Forestieri dedicated the success to Maradona after the match, saying: “This victory is for him.”

Lazio looked weary after their 3-1 Champions League win in midweek over Zenit Saint Petersburg, but pulled a goal back through a Ciro Immobile penalty on 74 minutes.

“It’s a bad defeat, we need to reset as soon as possible,” said coach Simone Inzaghi, whose side have picked up only five points from five home games this season.

EPL news: Edinson Cavani, Manchester United, Instagram, racist language, Negrito – what does it mean, what did he say