Mercedes has been untouchable in the 2020 season having won all three races in Austria and Hungary, but on Friday the Silver Arrows trailed Max Verstappen for Red Bull and Racing Point’s Lance Stroll on the timesheets at Silverstone.

Nonetheless, Hamilton isn’t concerned about Mercedes’ pace ahead of qualifying given the Briton, or his teammate Valtteri Bottas, have claimed pole at every event this season.

Follow qualifying in our live blog at the bottom of the page!

“We’ll work through it,” Hamilton said after practice. “We’ve got great engineers and that’s the great thing about this team – we just continue to dive deep into the details and hopefully we’ll make some good changes overnight.”

Meanwhile, Daniel Ricciardo was ninth-fastest on Friday as Renault aims for another top 10 qualifying result. Ricciardo has finished eighth in the past two races.

“It’s always a fun track to drive, so I enjoyed taking on some of the high-speed stuff this place offers,” Ricciardo said. “In terms of our running, we showed some promising signs but, on my side, we lacked a bit of consistency in the car. On some runs, I felt happier than others, so we have some work to do there.

“As always, it’s pretty close between a group of cars. The temperature is dropping tomorrow, so it should change quite a bit.”

All eyes, however, will be on Racing Point and whether it has what it takes to pull off an upset result at Silverstone.

The team has caused a stir in the paddock this year with its car dubbed the ‘Pink Mercedes’ because of its similarity to last year’s championship-winner.

On Friday, Stroll set the pace and topped the time sheets while Nico Hulkenberg — replacing Sergio Perez who has coronavirus — was seventh-fastest.

Ferrari looks set to struggle further this weekend as their woes were laid bare on Friday, with Sebastian Vettel’s time 1.6 seconds slower than Stroll. 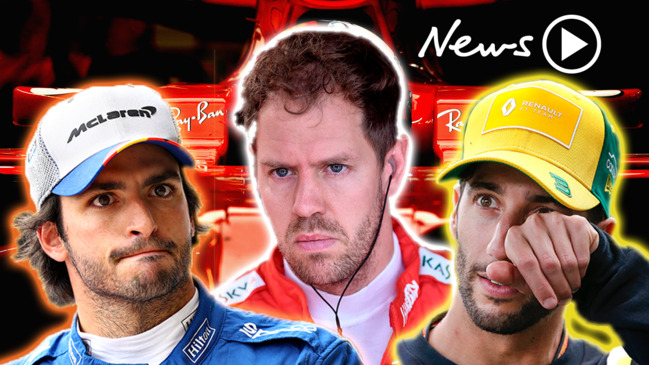