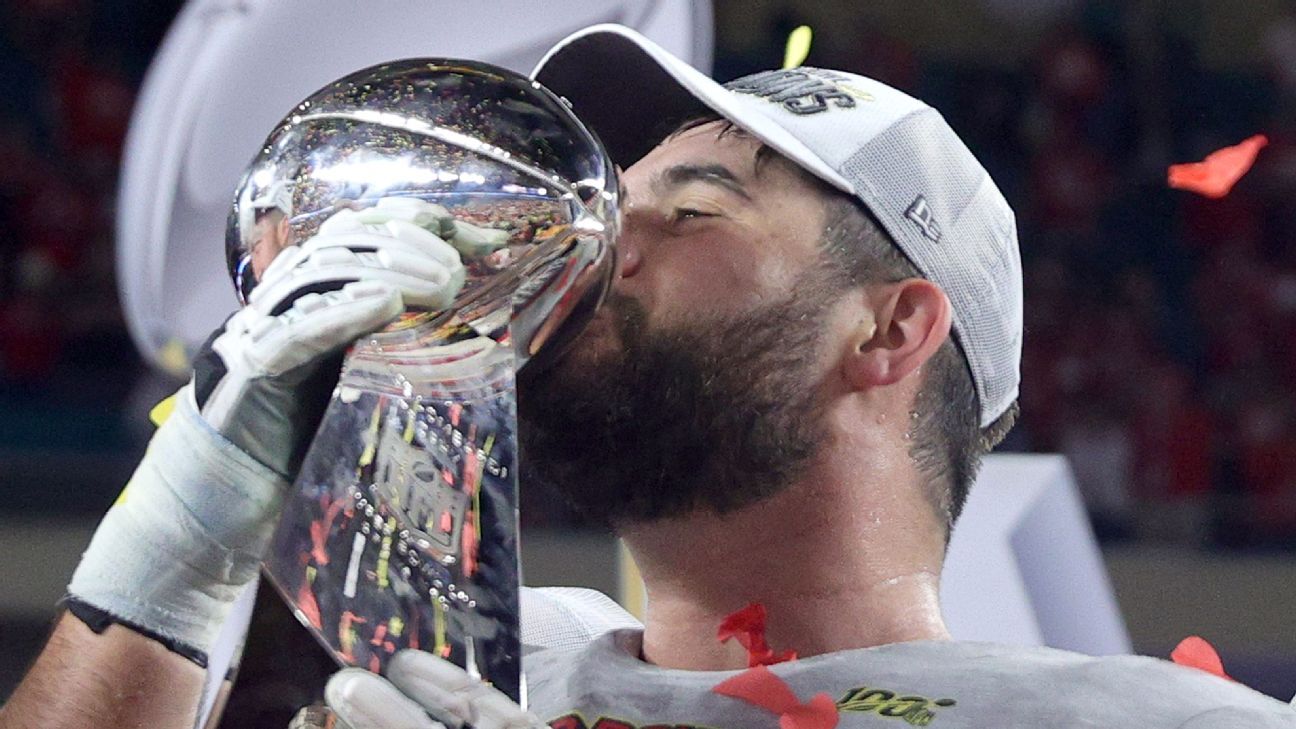 Laurent Duvernay-Tardif skillfully juggled his demanding duties as a professional football player with those of being a medical student and then a doctor during his six seasons with the Kansas City Chiefs. He would compartmentalize the workload, saying he was a football player when he was in Kansas City and then made medicine his priority when he was back home in Montreal.

Somewhere in the back of his mind, though, Duvernay-Tardif knew his life with dual professions wouldn’t last. He was aware he would eventually have to make a choice. That time came this week with Covid-19 raging and the Chiefs preparing to report for training camp.

The NFL season is just around the corner. Here are the biggest questions heading into training camp and roster projections for all 32 teams. Read more »
• Full schedule | Depth charts »
• Transactions | Injuries | More NFL »

His decision to opt out of playing NFL football — the first player to do so because of the pandemic — surprised few who knew him. Duvernay-Tardif, the 29-year-old starting right guard for the defending-champion Chiefs, will stay in Montreal, where shortly after Covid hit in the spring he volunteered to work with patients at long-term care facilities.

“He’s a guy who’s on the front lines working with the people who are suffering from Covid day-to-day, putting in all of that time and all of that work,” Chiefs quarterback Patrick Mahomes said. “He wanted to keep helping in that capacity. I know [the choice] was difficult for him.”

Duvernay-Tardif loves playing football more than many fans realize. It’s far more than a well-paying hobby for him. In college, he frequently would get off a hospital shift late at night and head to the football team’s locker room, where he would grab a couple of hours sleep on the floor before his teammates would gently kick him to wake him up for practice.

Once, during an NFL season, he arranged for an important med school test during the bye week and crammed for it all the way to Kansas City on the flight home from London, where the Chiefs had played. He took much pride in showing people it was possible to be both a starting NFL player and be in medical school.

Duvernay-Tardif never publicly professed a love for one profession over the other. But he set his sights on being a doctor early in life and began thinking of a career in football only after he proved so good at the sport while playing at Montreal’s McGill University.

He felt a strong responsibility for making the world a better place and that is easier for him to do in Montreal and in medicine than as a football player in Kansas City.

“Being at the front lines this offseason has given me a different perspective on this pandemic and the stress it puts on individuals and the health care system,” Duvernay-Tardif said in a statement on his Twitter account. “I cannot allow myself to potentially transmit the virus in our communities simply to play the sport that I love. If I am to take risks, I will do it caring for patients.”

The Chiefs are now in need of a new starting right guard. They have plenty of candidates, with veteran free-agent addition Mike Remmers likely to be at the front of the line when the Chiefs eventually get on the field.

They’ll quickly move on while Duvernay-Tardif faces a different battle in Montreal. 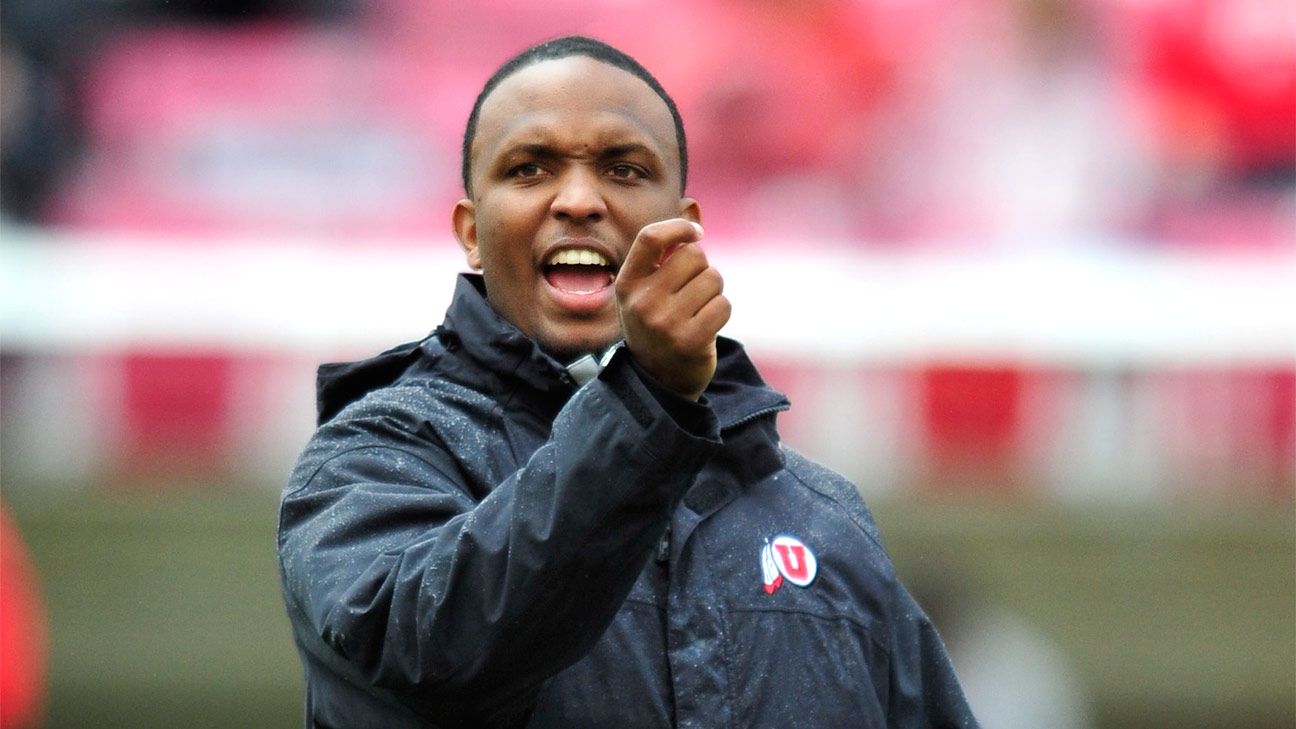 Johnson also has served as offensive coordinator at both Houston and Utah, his alma mater. He went 26-7 as the Utes’ starting quarterback and led the team to an undefeated season and a Sugar Bowl championship in 2008.

The NFL Network first reported the Eagles’ hiring of Johnson.

Johnson worked with standout quarterbacks like Dak Prescott at Mississippi State, D’Eriq King at Houston and Kyle Trask at Florida, who became a Heisman Trophy finalist in 2020. This will be his first stop in the NFL. 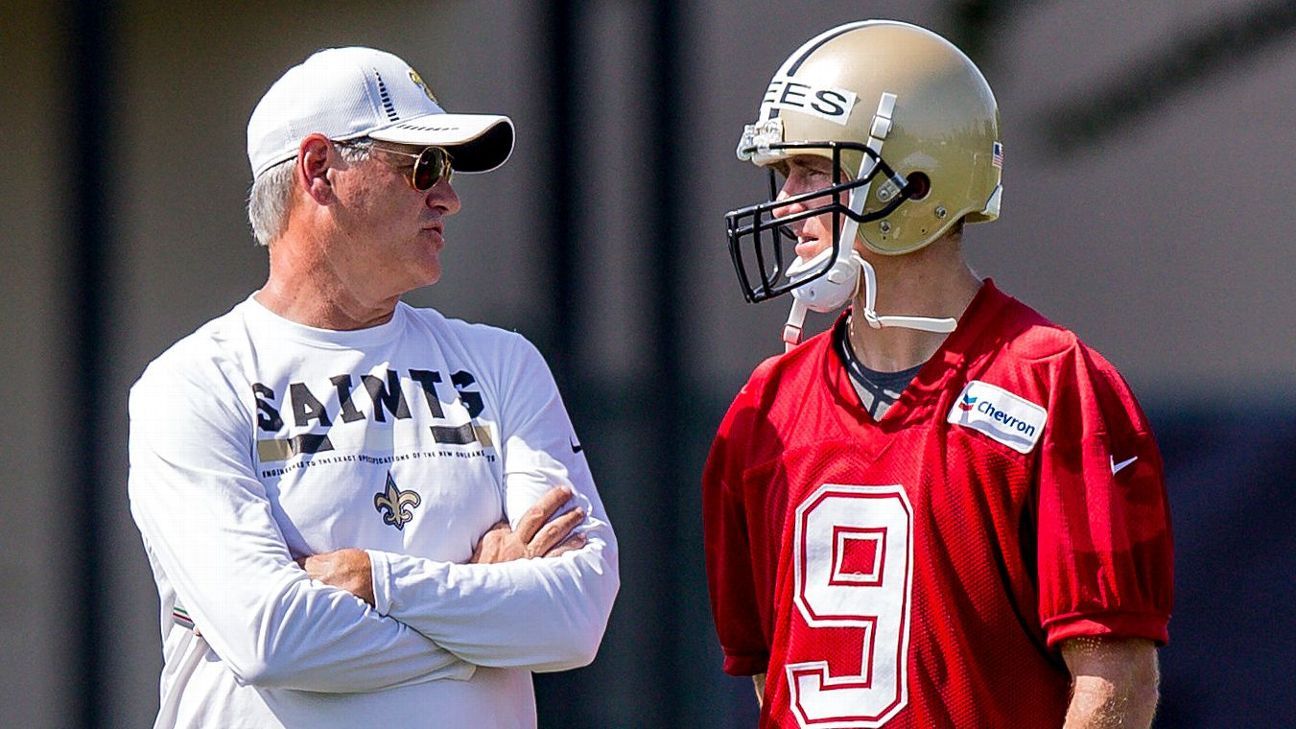 MOBILE, Ala. — General manager Mickey Loomis acknowledged this will be a “daunting” offseason for the New Orleans Saints, who will likely need to replace Drew Brees at quarterback and could be close to $100 million over the salary cap.

But Loomis made it clear that the Saints aren’t going into rebuilding mode after winning the past four NFC South championships.

“Listen, we’ve got a great roster. And I can’t foresee a circumstance where we’re not gonna say, ‘Man, we’re gonna do everything we can to win — win now and compete for a championship,'” Loomis said during a videoconference with the media while attending the Senior Bowl.

He didn’t get into many specifics since he said there are still “more unknowns than there are knowns” at this point in the calendar, including:

So it’s too soon to say whether the Saints will try to re-sign pending free agents like quarterback Jameis Winston, safety Marcus Williams, defensive end Trey Hendrickson, defensive tackle Sheldon Rankins and tight end Jared Cook — or whether they could get into the market for a high-priced QB like Matthew Stafford or any others that become available via trade.

“All that evaluation and what happens with that still remains to be seen,” Loomis said. “We like (quarterback Taysom Hill). We like Jameis. We liked what they did for us. But just like any position, we’re gonna have a lot of discussion over the next week or two.”

The Saints are currently projected to have $277.8 million in salary-cap charges for 2021 with just 43 salaries on the roster, according to ESPN’s Roster Management System. However, they could save at least $13.5 million in cap space — and possibly more — if Brees retires. And they have been one of the most aggressive teams in the NFL for years when it comes to pushing cap costs into future seasons. So they could continue to do that if they want to keep as much of the current roster intact as possible.

For years, it seemed like the Saints would “catch up” with the salary cap and maybe go into rebuilding mode whenever Brees retired. But then they reloaded a championship-caliber roster around him with terrific draft classes in 2016 and 2017 that included stars like receiver Michael Thomas, running back Alvin Kamara, cornerback Marshon Lattimore, offensive tackle Ryan Ramczyk, Williams, Hendrickson and Rankins.

One major decision facing the Saints include whether they want to extend pending 2022 free agents like Lattimore, Hill and offensive tackles Ramczyk and Terron Armstead. Another would be whether they would consider any blockbuster trades to free up cap space and add draft picks like they did with stars Jimmy Graham and Brandin Cooks in the past. 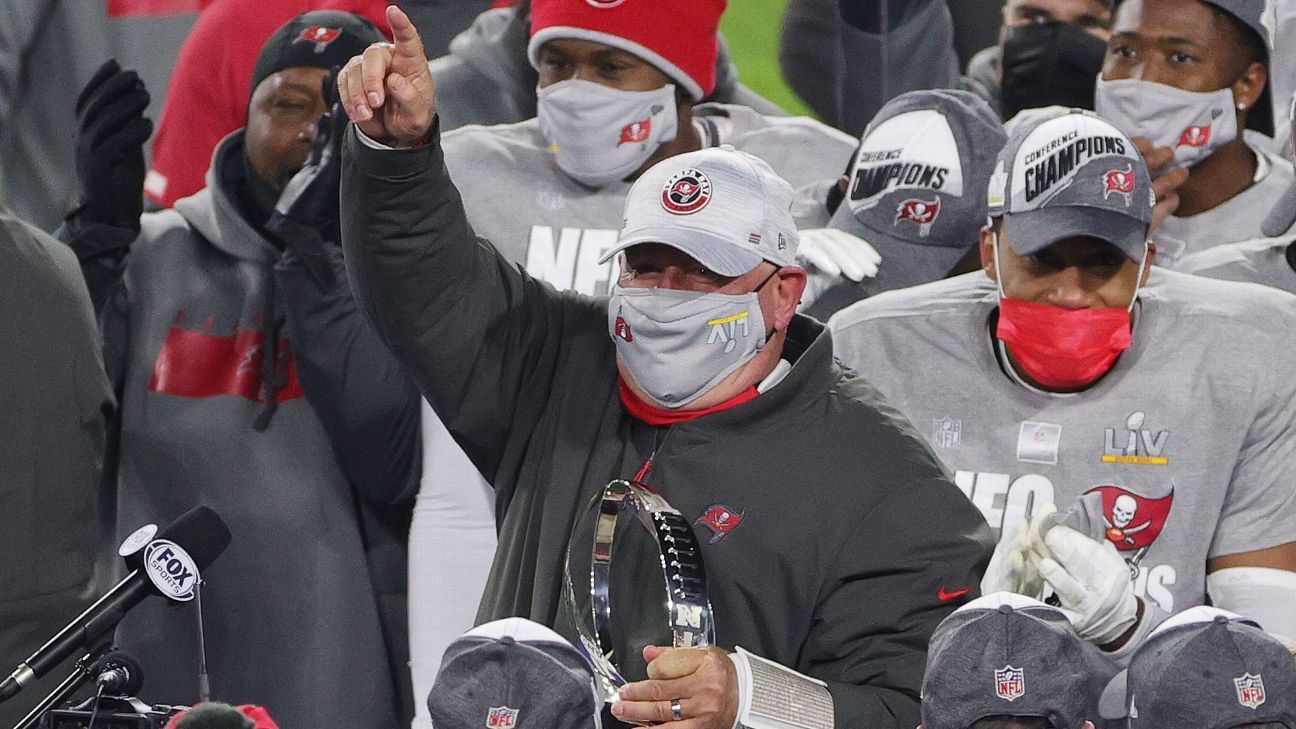 TAMPA, Fla. — Even if the Tampa Bay Buccaneers win it all in Super Bowl LV, coach Bruce Arians said there is no way he will consider retirement, despite already having retired once, after the 2017 season with the Arizona Cardinals.

“Hell no. I’m going for two,” Arians told 95.3 WDAE on Wednesday morning. “There’s no doubt. If the Glazers will have me back, I’ll be back.”

Arians is under a five-year contract, but when he took the Buccaneers job during the 2019 offseason, many close to the 68-year-old coach questioned whether he would make it through the entire duration of his deal. Some had suggested he would coach three years before retiring for good.

But son Jake Arians told ESPN, “He’s having the time of his life.”

Bruce Arians has dealt with a number of health issues over the past 15 years. He was diagnosed with prostate cancer in 2007, had skin cancer cells removed from his nose in 2013, and has been rushed to the hospital — in August 2016 thinking he had a kidney stone and in November 2016 with chest pains. He was diagnosed with renal cell carcinoma, a type of cancer affecting the kidneys, and had to have part of his kidney removed in 2017.

But being able to delegate more has lowered his stress levels. Offensive coordinator Byron Leftwich has handled playcalling duties during Arians’ entire time in Tampa Bay, whereas Arians called plays himself in Arizona. He continues to get checkups and has had a clean bill of health.

He still has his sense of humor, which helps too. Asked what he would have said if general manager Jason Licht had told him prior to his joining the team in 2019 that the Buccaneers would be in the Super Bowl in two years and would have Tom Brady as their starting quarterback, Arians said, “What are you smoking or drinking? And get me some.”

Arians did, however, express disappointment about Leftwich not getting any head-coaching interviews. Defensive coordinator Todd Bowles interviewed with the Atlanta Falcons and Philadelphia Eagles and had some preliminary discussions with the Detroit Lions, though both sides decided it was best to cancel the interview.

“That really pissed me off, I’ll be honest with ya,” Arians said of Leftwich not getting interviews. “The job he’s done — he coaches quarterbacks, he calls plays, he’s everything everybody says they’re looking for — I was really hoping he’d get his first few interviews and maybe get a job out of it. But I can’t speak to what the owners think and who they listen to sometimes. But it’s just a matter of time before he gets his.”