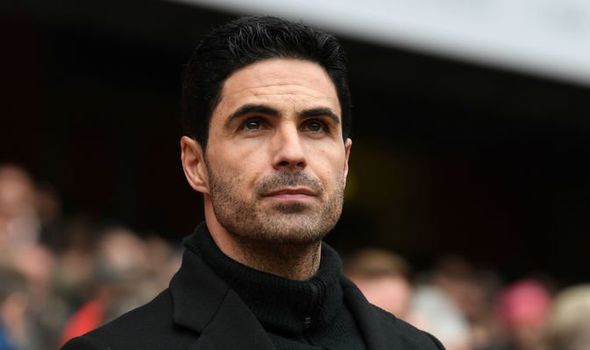 Arsenal have been advised to make some radical changes ahead of the summer transfer window. 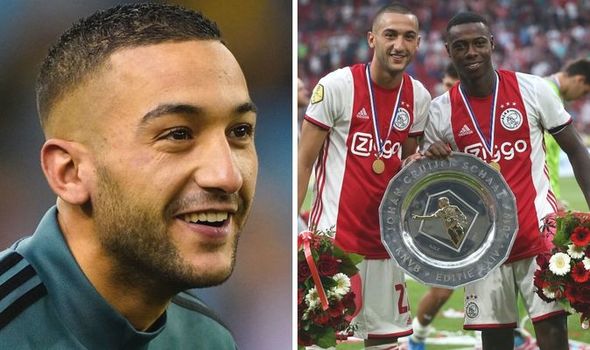 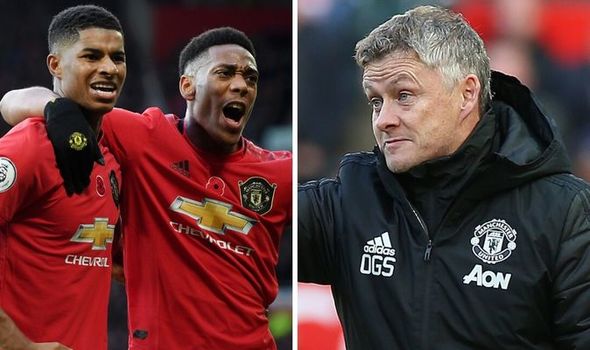 Manchester United boss Ole Gunnar Solskjaer knows all about competition for places from his playing days at Old Trafford.

Barcelona have signed midfielder Miralem Pjanic from Juventus in a deal worth 65 million euros ($A107 million) just hours after confirming Arthur Melo had moved in the opposite direction.

The Spanish champions had earlier announced that Brazil international Arthur had joined Juventus in a deal worth an initial 72 million euros ($117m).

The impact on the accounting front could explain why there were two seperate transfers rather than Juve simply paying Barcelona seven million euros on top of Pjanic for Arthur.

While there is only a net difference of seven million euros ($11.4m) in favour of Barcelona between the deals, both clubs will report around €52m ($85m) profit thanks to the way player contracts and transfers are handled by football clubs on the accounting front.

As explained by @SwissRamble on Twitter, when a player is purchased by a club the cost is spread out across the length of his contact but when a player is sold the profits are immediately logged in the books as clubs treat players as assets.

That’s the simple way of looking at it. The nitty-gritty is a bit more complicated.

Two years ago Barcelona purchased Arthur for €30m on a six-year contract, meaning they paid off that amount in €5m blocks. His value in books reduced by €5m each year taking his book value to €20m right now. Hence, his sale to Juventus €72m is looked at by the accountants as a €52m profit.

On the other side of the ledger, Juventus signed Pjanic for €35m on a five-year deal in 2016. After two years his book value went down to €21m, at which point Juventus gave him a two-year contract extension. That took the annual amortisation – process of gradually writing off the initial cost of an asset – down to €4.2m.

Given the current financial pinch football clubs are feeling because of the COVID-19 pandemic as well as the need to stay in line with UEFA’s financial fair play regulation, the swap is a win-win for both clubs.

Reports that #FCBarcelona are selling 23-year-old Brazilian midfielder Arthur to #Juventus for €80m, while 30-year-old Bosnian playmaker Miralem Pjanic will move the other way for €70m, have left supporters of both clubs somewhat perplexed.

From a financial perspective, it would appear that #Juventus are effectively paying #FCBarcelona €10m to exchange Pjanic for the younger Arthur, but the accounting treatment means that both clubs will report around €60m profit from this transaction. Let’s explain how.

At this stage we have to get a bit technical to understand how football clubs account for player trading. The fundamental point is that when a player is purchased costs are spread over a few years, but any profit made from selling players is immediately booked to the accounts.

Basically, football clubs consider players to be assets, so they do not fully expense transfer fees in the year a player is purchased, but instead write-off the cost evenly over the length of the player’s contract via player amortisation.

As Arthur was purchased by #FCBarcelona in July 2018 for €30m on a 6-year contract, the annual amortisation was €5m, i.e. €30m divided by 6 years. This means that his book value reduces by €5m a year, so after two years his value in the accounts was €20m. pic.twitter.com/rYiqCq9IoW

If Arthur is indeed sold for €80m, then #FCBarcelona profit on player sales from an accounting perspective would be €60m, i.e. sales proceeds of €80m less remaining book value of €20m. Note: we are ignoring €9m of variable transfer fees, as payment criteria not known. pic.twitter.com/tlofB2QDDJ

Another way of looking at this is that the cash profit on the Arthur sale would be €50m (sales proceeds of €80m less €30m purchase price), but we then add back €10m of player amortisation that has already been booked to the accounts to give the €60m accounting profit. pic.twitter.com/1DsoHxiKt9

Pjanic was purchased by #Juventus in July 2016 for €35m on a 5-year contract, so the annual amortisation was €7m, i.e. €35m divided by 5 years. This means that his book value reduces by €7m a year, so after two years his value in the accounts was €21m. pic.twitter.com/mKZSOZ1uHZ

In July 2018 #Juventus extended Pjanic’s contract by two years to 2023, which meant the remaining €21m value in the accounts was then amortised over 5-year term of the new contract, reducing annual amortisation to €4.2m. This means that his value in the accounts is now €13m. pic.twitter.com/uLNbiquW1n

If Pjanic is sold for €70m, then #Juventus profit on player sales from an accounting perspective would be €57m, i.e. sales proceeds of €70m less remaining book value of €13m. pic.twitter.com/C34Ghbt8SS

In this way, both #FCBarcelona and #Juventus will have both boosted their profits by around €60m, despite the net difference between the transfers being only €10m. Move along, nothing to see here, certainly not a device to improve the bottom line.

Barcelona said in a statement on their official website: “FC Barcelona and Juventus have reached an agreement for the transfer of player Miralem Pjanic. The cost of the operation will be 60 million euros plus 5m in variables.

“The player will sign a contract with the club for the next four seasons, until the end of the 2023/24 season, with a buy out clause of 400 million euros.”

An earlier Barca statement regarding Arthur’s switch to Italy read: “FC Barcelona and Juventus FC have reached an agreement for the transfer of player Arthur Melo. The Italian club will pay 72 million euros, plus 10 million euros in variables.”

Barca confirmed both Pjanic and Arthur will join their respective new clubs at the end of the 2019/20 season.

Buffon and Chiellini, meanwhile, will remain with the Serie A leaders, who are chasing a ninth consecutive Scudetto this season, until the end of the 2020-21 campaign.

Buffon, 42, joined Juventus from Parma in 2001 and has made over 500 appearances for the Bianconeri, returning to Turin at the start of this season following a one-year spell at Paris St Germain.

The World Cup-winning goalkeeper has played a back-up role to former Arsenal keeper Wojciech Szczesny, but will continue with the club until at least the end of next season.

Captain Chiellini, 35, who has been at Juventus for 16 years, has also signed a new 12-month extension.

Rockies’ Ian Desmond opting out of playing in 2020, citing high risk amid pandemic

Sammy-Jo Johnson: ‘Australia the hardest team in the world to get into at the moment’