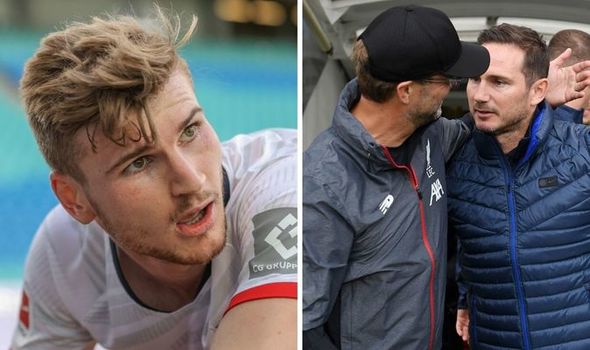 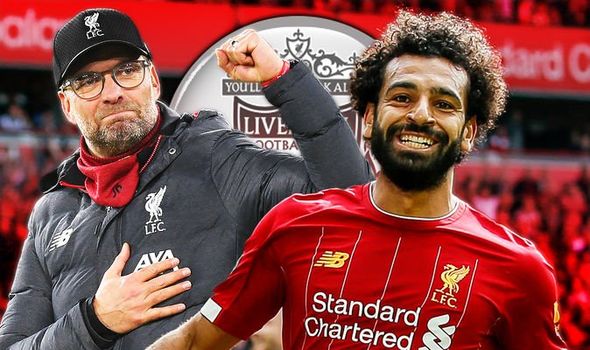 Liverpool star Mohamed Salah has committed his long-term future to the club. 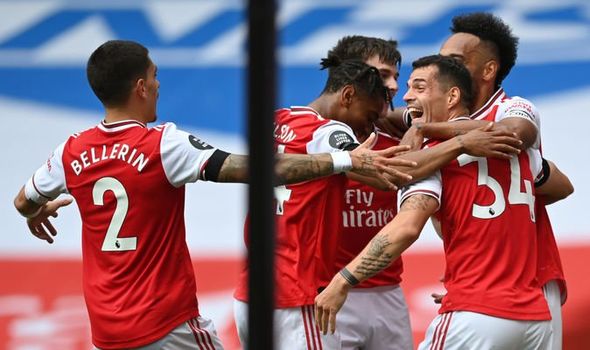 Arsenal thrashed relegation-threatened Norwich 4-0 at the Emirates on Wednesday night but how did Mikel Arteta’s players perform for the Gunners?

Mikel Arteta claims Pierre-Emerick Aubameyang is willing to stay at Arsenal after he reached 50 Premier League goals faster than any player in the club’s history in a 4-0 demolition of Norwich.

Aubameyang won’t have scored many easier goals in his Arsenal half-century as he punished a howler from Norwich goalkeeper Tim Krul in the first half at the Emirates Stadium.

Amid speculation Aubameyang wants to leave north London at the end of the season, he underlined just how important he is to Arsenal’s chances of success under Arteta.

He set up Granit Xhaka for Arsenal’s second goal and scored again himself after half-time to rout bottom of the table Norwich.

“He is willing to stay with us. He is really happy where he is,” Arteta said of Aubameyang, who has just a year left on his contract.

“I leave that to the football club and the senior people that finalise the contracts.

“Auba knows really well what my thoughts are towards him and the project that I want to create, and how much he is part of that. After that it is not in my hands.”

Aubameyang now has 51 Premier League goals in 79 appearances — and 63 in all competitions — since his move from Borussia Dortmund in 2018.

“I hope he can score at least another 100 but I don’t know. What he has achieved to be the fastest to score 50 in the whole history of this club tells you everything about his mentality and the way he works,” Arteta said.

The 31-year-old’s dash to the half-century beat the previous Arsenal record of 50 goals in 83 games set by Thierry Henry.

Arsenal are up to seventh place, six points behind sixth-placed Wolves, as they try to secure Europa League qualification.

Having reached the FA Cup semi-finals last weekend, Arsenal’s third successive win in all competitions maintained their revival after losing their first two games of the restart.

Norwich, beaten in all three league matches since the restart, are six points from safety and have just six games left to avoid relegation to the Championship.

After four successive away games since the restart, Arsenal were back home at the Emirates Stadium for the first time since March 7 and Aubameyang welcomed the return to familiar surroundings.

Aubameyang hadn’t scored since February, but he was in menacing form right from the start and broke into the penalty area for a strike that Krul turned away.

Ben Godfrey went closer at the other end when the Norwich defender’s 30-yard blast brought a superb save from Emiliano Martinez.

Aubameyang was gifted his 50th goal in the 33rd minute when he chased down Krul on the edge of the area, caught the dawdling Dutchman in possession and slotted into the empty net.

He followed his 21st goal of the season by providing the assist as Arsenal doubled their lead four minutes later.

Kieran Tierney helped the ball onto the Gabon star and his precise pass picked out Xhaka, who drilled low past Krul from close range for his first Arsenal goal this season.

Norwich are the only Premier League side yet to recover a single point from a losing position this season.

They were denied a lifeline by Martinez, who made a brilliant stop to keep out Kenny McLean’s free-kick just before half-time.

Adam Idah, one of three Norwich changes at half-time, drew yet another fine save from Martinez, while Todd Cantwell had a penalty appeal rejected by VAR.

Aubameyang got his second in the 67th minute, seizing on Josip Drmic’s wayward pass to beat Krul with a clinical finish.

Cedric, signed from Southampton in January, came off the bench after finally returning to fitness.

He made up for lost time by firing home from the edge of the area in the 81st minute.

Nuggets’ Nikola Jokic expected to be back with team in Orlando, coach Michael Malone says