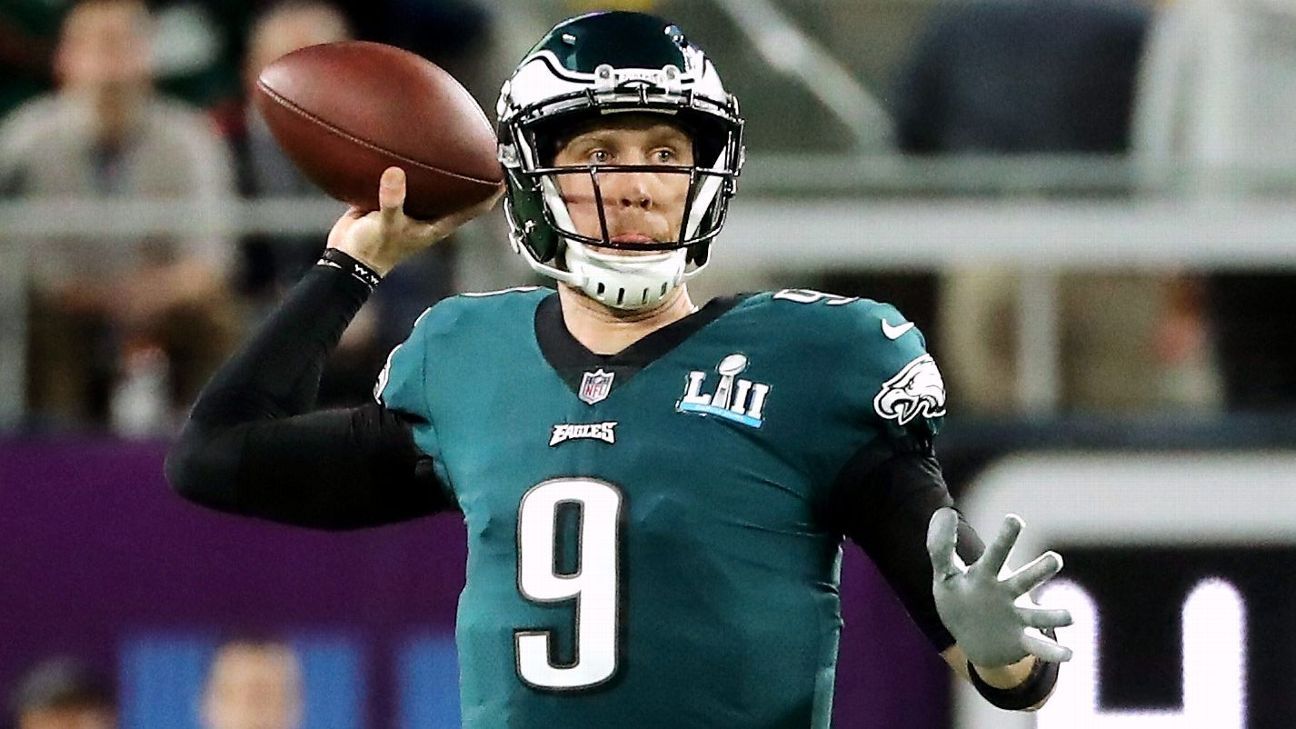 The Chicago Bears’ eagerly anticipated quarterback competition might technically be on hold, but the manner in which incumbent starter Mitchell Trubisky and challenger Nick Foles navigate their way through Chicago’s virtual offseason program could determine the eventual winner.

“There’s no competition going on right now over Zoom, as you know,” Bears coach Matt Nagy conceded on Friday. “I think what those guys are doing right now is they’re all building up their mental capacity within this offense as to what they like.”

Offensive preferences aside, Foles’ presence in Chicago is directly correlated to Trubisky’s performance in 2019. 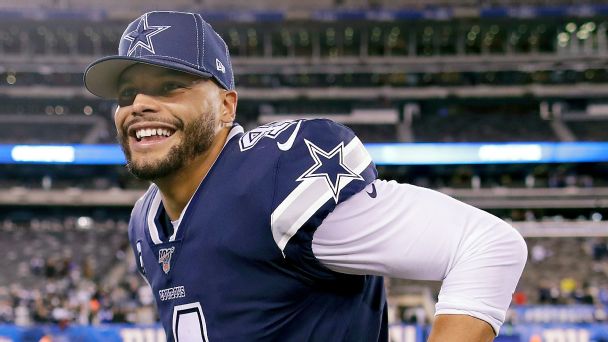 The former second overall pick finished 28th in total QBR (39.4), tied for 27th in touchdown passes (17), 21st in passing yards (3,138), 32nd in yards gained per pass attempt (6.1) and 28th in traditional quarterback rating (83.0) — numbers that compelled the Bears to send a fourth-round compensatory draft choice to Jacksonville for Foles, whose restructured contract pays him $12 million in total cash in 2020 and can be voided (by Foles) in 2021.

Put it this way: Had Chicago been satisfied with Trubisky’s development after three NFL seasons, general manager Ryan Pace (the man who traded up to draft Trubisky over Patrick Mahomes and Deshaun Watson) never acquires Foles — the MVP of Super Bowl LII. However, Foles also has experienced plenty of ups and downs over the span of eight seasons with the Eagles (twice), Rams, Chiefs and Jaguars.

One thing Foles has going for him as the quarterbacks gear up to battle each other are his bonds with a bunch of Chicago’s new offensive coaches, as well as Nagy himself.

But while Foles was exposed to Andy Reid’s system in Philadelphia and Kansas City, the clear edge for the 25-year-old Trubisky is that he’s already spent two years with Nagy, calling plays in his own variation of Reid’s system.

“I think obviously I have a foundation from when I was in Kansas City and we ran a different version of the offense,” Foles said last month. “And Philadelphia was different than this. But that’s the fun part is you get to bring that information that we did in Philly to Chicago and try to fine-tune it and develop that Bears offense DNA.

“It’s by no means starting over with no knowledge of the offense. Definitely starting out on my two feet –I’m excited to learn more about what they’re doing. It might mean a few different terminologies, a different run game and stuff like that, but I’ll be able to understand it decently well to begin with.”

Thus far, the league-mandated virtual offseason prevents players and coaches from congregating under the same roof, but teaching the playbook is fair game.

At 31 and coming off an injury-plagued 2019 season, Foles probably needs the classroom work more than the offseason on-field work. If Foles can report to training camp on equal footing with Trubisky in terms of knowing the offense, then any unfamiliarity between Foles and the receivers/tight ends can be ironed out quickly.

“We always talk about it [Foles learning the offense] like riding a bike,” Nagy said. “He’s been through some different offenses, even from the last time we were together in Kansas City. But what happens is once you present somebody like Nick the playbook and they start looking at it, all of a sudden it just clicks and you start remembering it and you just start retraining your brain from what you knew in the past year or couple years.

“But that doesn’t take much. Nick is a smart guy.”

“In Mitch, I’ve seen a player in the previous two years who’s learning how to play the quarterback position,” Nagy said. “That doesn’t always mean on the field, that means off the field — watching tape, what notes do you take, what’s your schedule going to be, right? How do you accept coaching? How do you give feedback? And all of that stuff has been going on right now, has been going on in different ways. So what we’ll do, when we’re allowed, we get together and we’ll talk through some of the summary of what we just talked about — with the details of plays, with his scheduling, etc. — and I can see he’s starting to create his own way, his own habits. And obviously the biggest thing is none of it matters unless we all go out there and do it on the field, and now that’s going to be the next challenge, taking it onto the field and doing it through a competition.”

Chicago claims its decision to decline Trubisky’s fifth-year option ($24.8 million and guaranteed only against injury) will have no bearing on the upcoming quarterback competition. But with absolutely nothing tying Trubisky to the Bears beyond 2020, you can argue that the absence of a fifth-year option has leveled the playing field. Foles would earn $4 million in 2021 if he opts not to void the restructured deal.

“We’re all very open and honest in the discussions we have and then we just let things play out,” Nagy said. “In the end, what we want is for both those quarterbacks to be the best possible quarterbacks they can be individually and making it hard on us making the decision as to who the starter is, and that makes the Bears a better football team.

“When you have two good people like we do in Mitchell and Nick, it makes these types of decisions and conversations a lot easier to have because they’re competitive as hell, they want the best for the Bears, and they’re going to fight their tails off to do that. I think that’s the beauty of it.”

Colin Kaepernick will be featured in an exclusive docuseries produced by ESPN Films as part of a first-look deal with The Walt Disney Co.

The deal between Kaepernick’s production arm, Ra Vision Media, and Disney was announced Monday. The partnership will focus on telling scripted and unscripted stories that explore race, social injustice and the quest for equity. It also will provide a platform to showcase the work of minority directors and producers.

“I am excited to announce this historic partnership with Disney across all of its platforms to elevate Black and Brown directors, creators, storytellers, and producers, and to inspire the youth with compelling and authentic perspectives,” Kaepernick said in a statement. “I look forward to sharing the docuseries on my life story, in addition to many other culturally impactful projects we are developing.”

Despite being exiled from the NFL since the 2016 season, when he took a knee during the national anthem to protest police brutality and racial inequality, Kaepernick still wants to play.

A person close to the former San Francisco 49ers quarterback told The Associated Press that Kaepernick is in excellent shape and ready to play, but he hasn’t received any calls.

Following the nationwide protests in the aftermath of George Floyd’s death, NFL commissioner Roger Goodell apologized to players for not listening to their concerns about racial inequality earlier. He encouraged them to protest peacefully and denounced racism.

Kaepernick, who became the face of a Nike campaign in 2018, will work closely with The Undefeated, which is expanding its portfolio across Disney, to develop stories from the perspective of Black and brown communities.

His deal with The Walt Disney Co. will extend across all Disney platforms, including Walt Disney Television, ESPN, Hulu, Pixar and The Undefeated.

“During this unprecedented time, The Walt Disney Company remains committed to creating diverse and inclusive content that resonates and matters,” said Bob Iger, Disney’s executive chairman. “Colin’s experience gives him a unique perspective on the intersection of sports, culture and race, which will undoubtedly create compelling stories that will educate, enlighten and entertain, and we look forward to working with him on this important collaboration.”

The docuseries chronicling Kaepernick’s journey and his last five years is the first project in development.

“Developing exceptional storytelling told through a wide array of voices is at the core of who we are at ESPN,” ESPN president Jimmy Pitaro said. “Colin has had a singular path as both an athlete and an activist, and, as the nation continues to confront racism and social injustice, it feels particularly relevant to hear Colin’s voice on his evolution and motivations.” 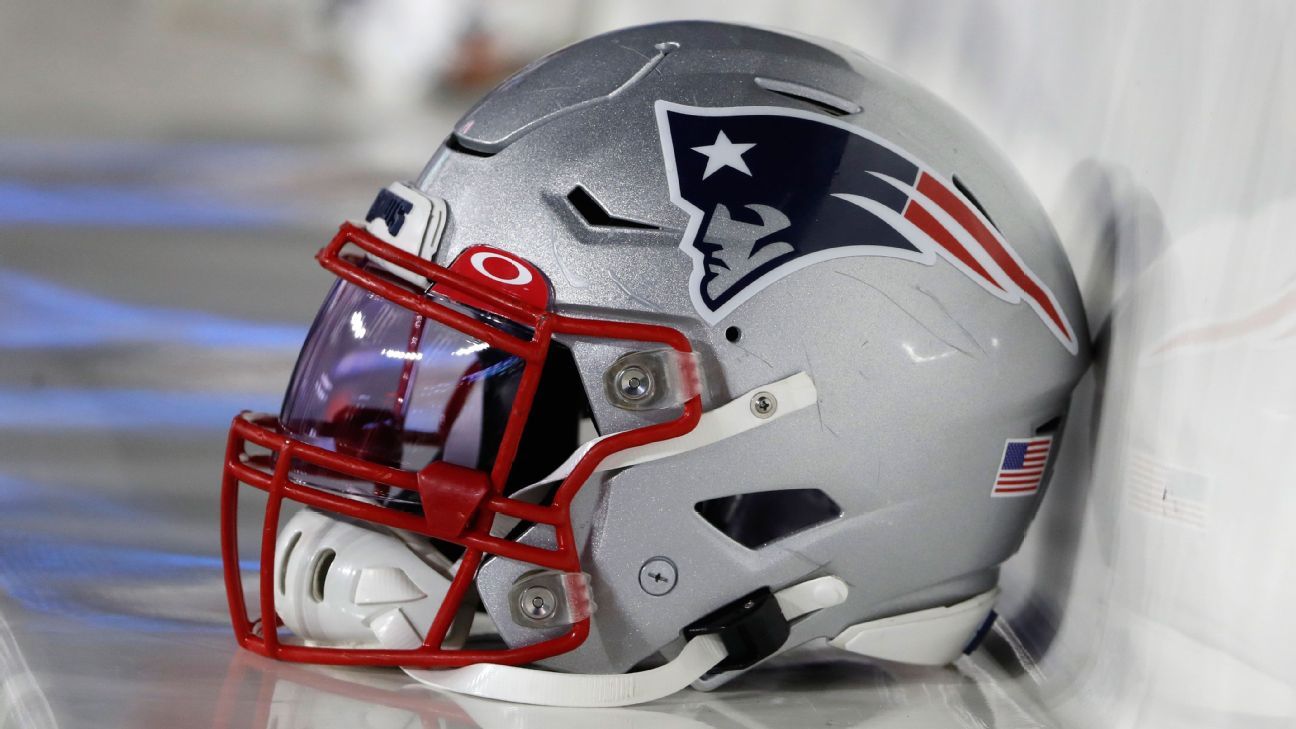 The New England Patriots are offering free parking for home games during the 2020 season, the club announced in a letter to its season-ticket members on Monday.

“In order to show our appreciation for your commitment to the Patriots during this unique season — and in acknowledgment that it will be different than any other season we have ever experienced together — we want to share that we will provide free parking in all Gillette Stadium lots this year,” the letter read. “From both a safety and convenience standpoint, we hope this will simplify one aspect of your game-day experience in 2020 and serve to express our gratitude for your support.”

There are thousands of parking spots around the Patriots’ home stadium, which produce significant revenue for owners Robert and Jonathan Kraft. The exchange of cash to enter the lots, and the potential safety hazards with COVID-19, sparked the decision to offer free parking.

The club also announced that all ticketing, and entry to the stadium, will be digital.

The Patriots continue to also offer season-ticket members at an elevated risk of COVID-19 infection the chance to skip the 2020 season and still on to their seats for the next year. 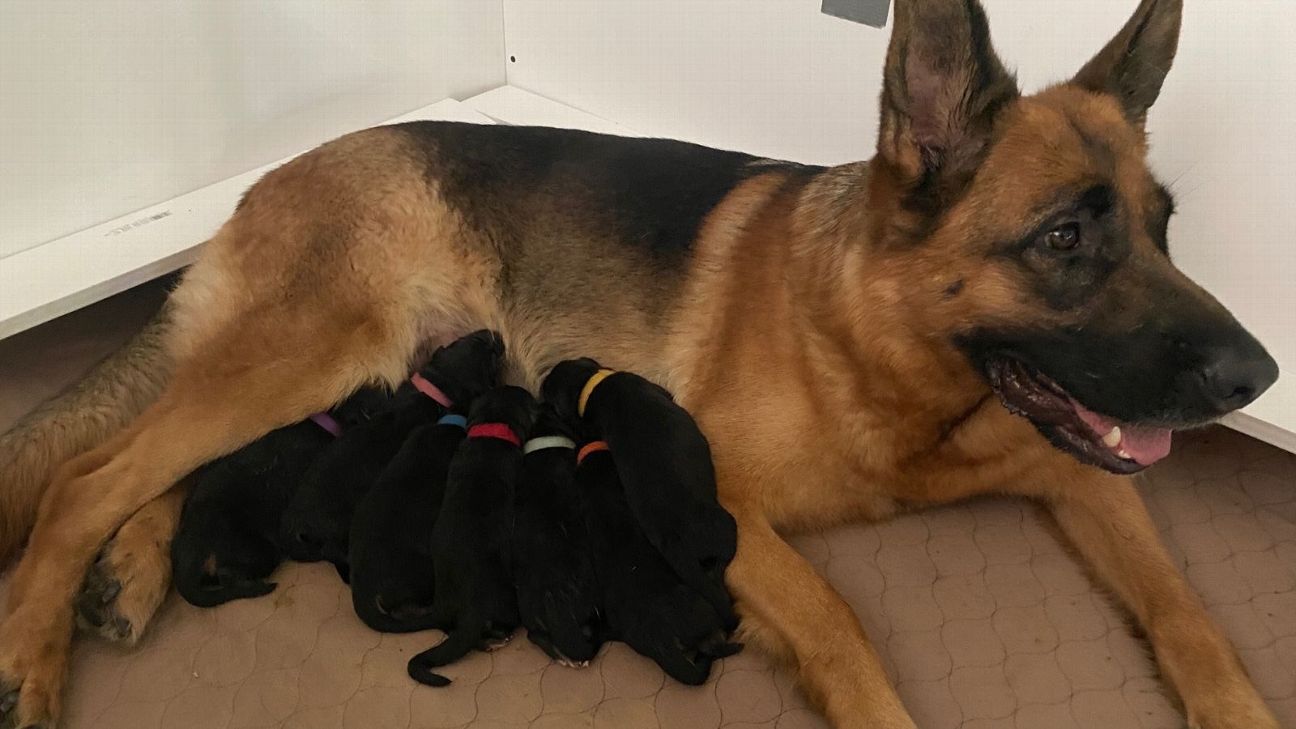 Here’s what you might have missed over the weekend …

The coronavirus put a halt to virtually every sport there is, but nothing, NOTHING, stops Joey Chestnut on the Fourth of July.

Joey Chestnut could have sat out the final 5 minutes and 35 seconds of this year’s competition and still won.

His 33 hot-dog-and-bun margin of victory is the largest since the competition split into men’s and women’s in 2011.

My stomach hurts just from reading the above — how about you?

Maybe you went fishing over the holiday weekend? But you probably didn’t do as well as Jawaan Taylor did.

That certainly looks like a catch worthy of an offensive lineman.

They don’t celebrate Independence Day across the pond, but Manchester United surely celebrated a 5-2 win over Bournemouth. Paul Pogba was not among the goal scorers, but he still made an impact — in more ways than one.

Pogba’s barber is clearly back in business.

A couple of Super Bowl-winning quarterbacks — Ben Roethlisberger and Tom Brady — were celebrating other things over the weekend as well.

Welcome to the 7 (yes, 7) newest members of the Roethlisberger family! 🐕 pic.twitter.com/J3g1QzTtd0

Happy Birthday Mom! We love you and adore you! Enjoy your special day!! ❤️❤️ pic.twitter.com/3cZOIZ3hlW

Tom’s the one in his dad’s arms, by the way, in case you couldn’t figure that out.

Fireworks are a traditional part of July Fourth celebrations, but Dwyane Wade went above and beyond this year.

Whose hair do you like better, Pogba’s or Wade’s?

And finally, if you wanted to see some real fireworks, here you go — thanks to Pittsburgh Steelers wide receiver JuJu Smith-Schuster.

Pittsburgh’s giant fireworks display at Point State Park was cancelled, but JuJu had the south side covered. pic.twitter.com/h04Knjv2zc

Hope you all had a good holiday weekend.

NBA’s 10 worst betting seasons of the past 30 years