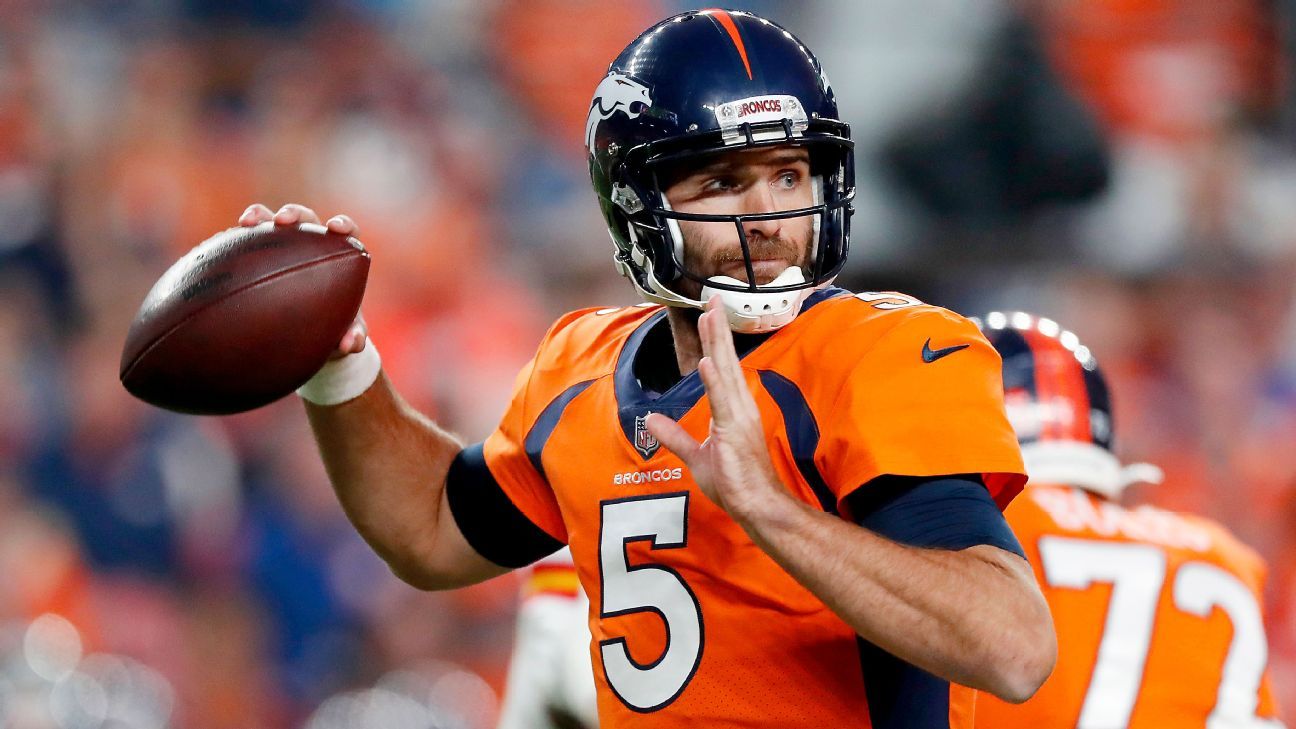 Jets general manger Joe Douglas was a Ravens scout in 2008, when Baltimore drafted Flacco in the first round. Now Flacco will rejoin Douglas and compete for the backup quarterback job when he’s healthy and ready.

The Denver Broncos released Flacco with a failed physical designation on March 19. He underwent neck surgery in early April and is expected to be out until around Sept. 1, a source told ESPN, confirming a report by SiriusXM NFL Radio.

Flacco, who turned 35 in January, was placed on injured reserve halfway through the 2019 season with a herniated disk in his neck.

He was 2-6 as Denver’s starting quarterback in 2019, throwing for 1,822 yards with six touchdowns and five interceptions. He completed 65.3% of his passes.

Flacco said during the season that he had felt discomfort in his neck “for a couple of weeks” before his last start, Oct. 27 in Indianapolis. He took several big hits in the loss to the Colts, including one of the biggest all season on the game’s final play. He went on injured reserve five days later.

Flacco has received two medical opinions on his neck since the end of the season, including an MRI in February. Because of nationwide travel restrictions due to the coronavirus outbreak, Flacco has not been examined by the medical staff since his exit physical Dec. 30, but the belief has been that Flacco would be medically ready to play in the upcoming season.

At the end of the 2019 season, Flacco said he hoped to continue playing once he was medically cleared.

In 12 NFL seasons, Flacco is 98-73 as a starter with 40,067 passing yards, 218 touchdowns and 141 interceptions. During the 2012 postseason, Flacco threw 11 touchdown passes without an interception in four games as the Ravens went on to win Super Bowl XLVII. 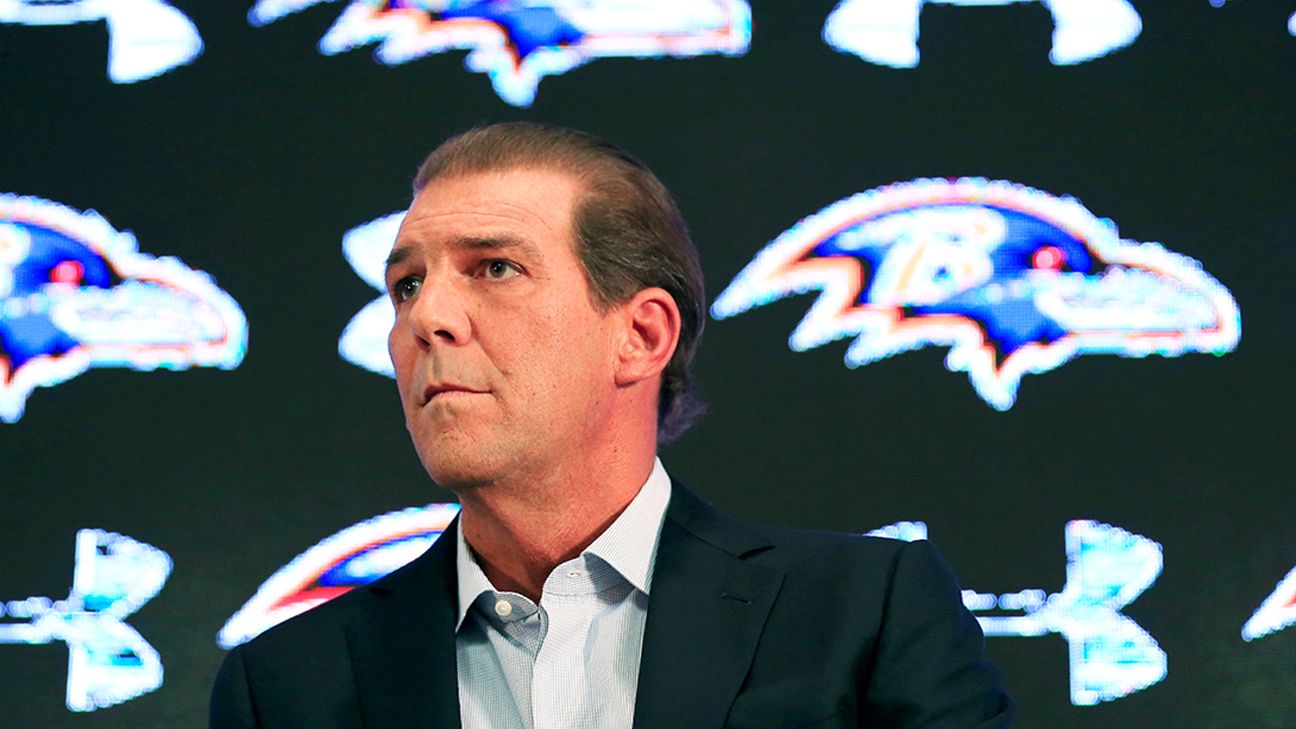 OWINGS MILLS, Md. — Ravens owner Steve Bisciotti on Monday pledged $1 million for social justice reform in the Baltimore area, saying he is “shaken by the acts of racism that continue to overwhelm our society.”

A committee of current and former Ravens players will determine which programs will directly benefit from the contribution.

This donation, which was made jointly by the Ravens and the Steve and Renee Bisciotti Foundation, comes amid protests in Minneapolis and around the country over the death of George Floyd.

“There is nothing I can say to ease the pain felt by African-American communities across our country. No words will repair the damage that has been done,” Bisciotti said in a statement. “Like many people, I am sickened, disheartened and shaken by the acts of racism that continue to overwhelm our society. The most recent killing, involving George Floyd, is yet another tragic example of the discrimination that African-Americans face each day.”

Several former and current Ravens players, including Hall of Fame linebacker Ray Lewis, have expressed grief and outrage on social media over the past week.

Floyd, a black man, died last week in Minneapolis after Derek Chauvin, a white police officer, kneeled on his neck for more than eight minutes. Chauvin was fired Tuesday and charged Friday with third-degree murder and second-degree manslaughter. Three other officers were also fired but have not been charged.

“Now, more than ever, we must all strengthen our pursuit of positive change, as we stand with peaceful protestors around the country,” Bisciotti said. “We must all seek to understand by listening better and learning more. We must all discover new ways to unite. We must all work to break the cycle of systematic racial injustice.”

Bisciotti added, “Our players have been – and will continue to be – at the forefront of this change. We believe in their commitment to furthering social justice and invoking meaningful change. We stand side by side with them, in full support.”

This is the latest of many contributions that the Ravens have made to social justice reform over the years since Baltimore had riots in 2015 over the death of Freddie Gray. 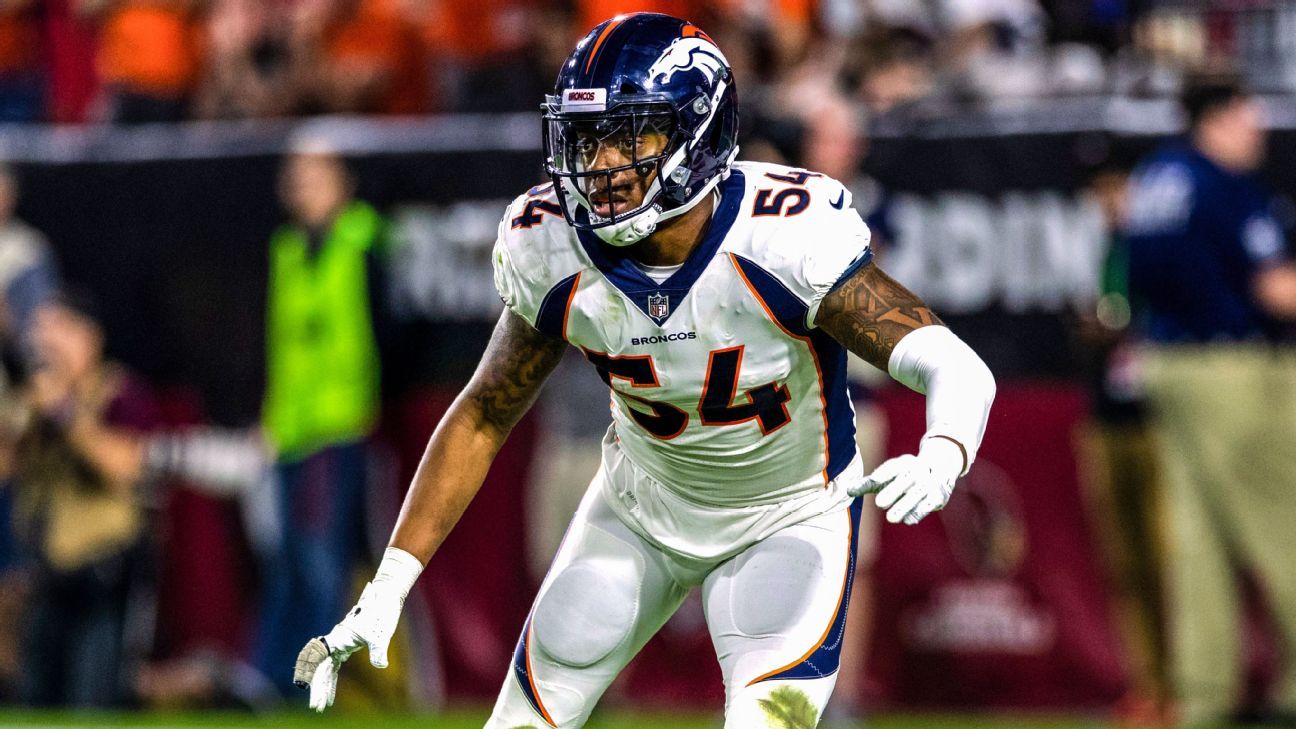 ENGLEWOOD, Colo. — Former Denver Broncos linebacker Brandon Marshall, a college teammate and longtime friend of Colin Kaepernick who kneeled for the “The Star-Spangled Banner” before eight games in the 2016 season to protest excessive use of force by police, hopes people are now more ready for what he and Kapernick’s message was almost four years ago.

“Back then we were called rogues, people said that we didn’t deserve jobs, but this is what we were talking about then,” Marshall said Monday. “I think people are looking at (Kaepernick) now like, OK, maybe he knew. People didn’t want to hear the message after ‘oh they were kneeling’ they didn’t want that message, weren’t ready for it, didn’t listen.

“I hope, and I look at it, I hope people are ready for the message, I really hope they’re ready for change.”

Marshall said he has spoken to Kaepernick in recent days in the wake of George Floyd’s death in police custody in Minneapolis and the protests that have followed across the country.

“We talked some about what’s happened – and this is why he started the Know Your Rights foundation – and I asked him if he needed me to do anything, or what I could do to help,” Marshall said. “He said right now, at the moment, he’s concentrating on legal assistance for the protesters, but we’ll talk more moving forward.”

Marshall, who played six seasons for the Broncos including in the team’s Super Bowl 50 win, lost several endorsements after he kneeled in pregame during the 2016 season, but he also met with Denver Police officials as well in the weeks that followed about the department’s use of force policies.

He said Monday “at times you do get tired, weary, of it happening over and over again,” but that he’s still hopeful in what he has seen in protests in Las Vegas, where he is now, and what he has seen across the county.

“That’s what brings change, people coming together, when it’s a people thing, not just a black and brown thing,” Marshall said. “You see people taking to the streets, it’s a mixed crowd, it’s not just black people, it’s everybody. That is what it takes for change, everybody has to care about it, back then not everybody cared about it.

“We need everybody to care about this, not to see it as just a black or brown problem,” Marshall added. “When people see this as a people problem, and not a black person’s problem or a person of color’s problem, then we can have real change. I look at all of the faces in the real, peaceful protests and I see maybe we’re ready to listen now, maybe we’re ready to see it as a people problem and that real, lasting, effective change can happen.” 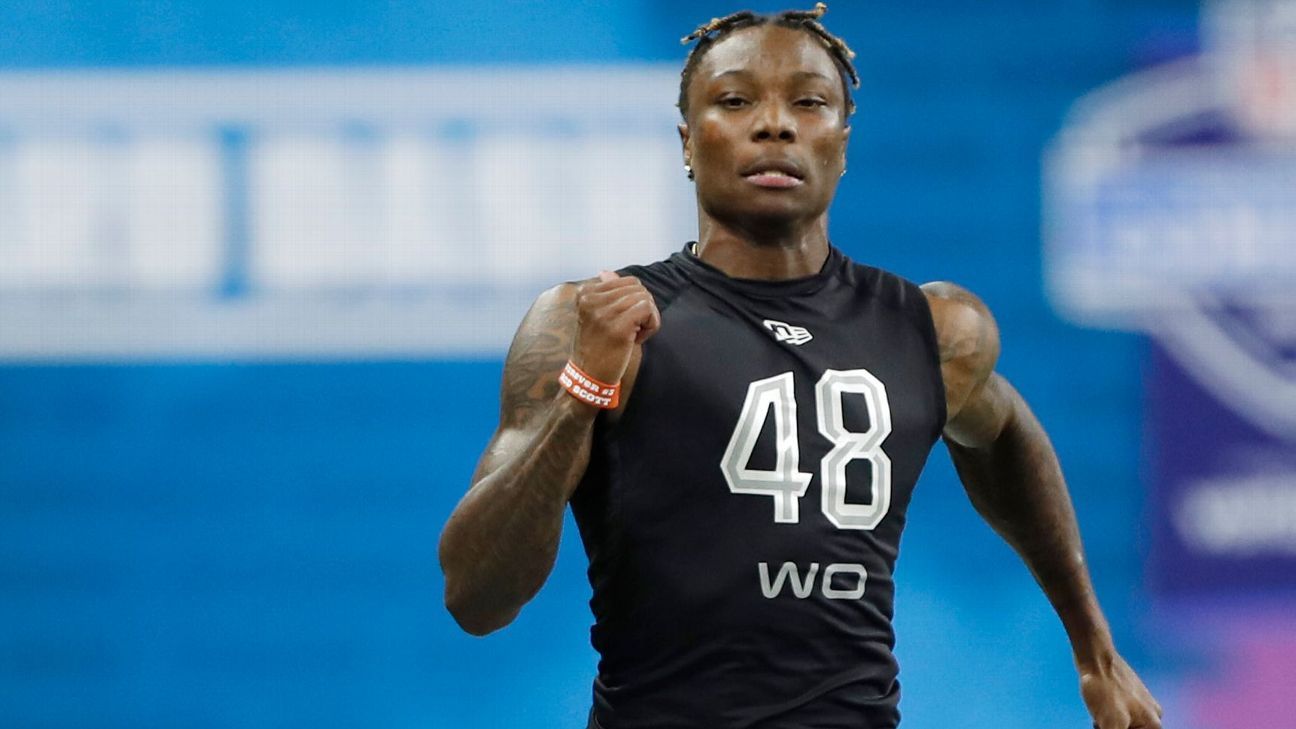 A Raiders source said the team was “told [Ruggs] will be fine.”

“He was trying to move a trailer or something — move furniture or something — and the trailer just kind of pinned him against a car or a wall or something,” Henry Ruggs Jr. said. “He’s pretty much OK, I’m about to go out there and see him in a little bit. It was just like a little open wound on his leg, a little incision. Like something had stuck him right there on his thigh a little bit.”

Ruggs III, the No. 12 overall draft pick, was the first receiver selected in April’s draft, a historically deep draft for the position. He was also the fastest player in the draft, having run a 4.27-second 40 time at the combine.

Like every player in the draft, the rookie has been reduced to virtual meetings with his new team because of the coronavirus pandemic. Being injured would obviously slow any other development.

“The Raiders are aware of a report regarding an off-field injury to Henry Ruggs III. Respecting Henry’s right to medical privacy, the team will not be commenting on the report,” the team said in a statement.

Ruggs Jr., meanwhile, said his son is “just having to walk on crutches. Not putting as much pressure on it.”

Precautions due to the coronavirus, the elder Ruggs said, have not allowed him yet to speak to the doctor who treated his son.