Peter Crouch has revealed what happened when he spotted Brazil legend Ronaldo on the beach in Ibiza.

The two-time World Cup winner was swigging beers alongside a supermodel as he balanced an ashtray on his stomach.

Crouch did not want to miss the chance to take a cheeky selfie with the former Real Madrid star.

The ex-England star even joked that he was shocked that Ronaldo did not recognise him.

Writing in his Daily Mail column, the 6ft 6in striker recalled: “I met him once, actually. I was on holiday in Ibiza and I saw him on the beach.

“He was busy getting through bottles of beer and had an ashtray balanced on his stomach.

“Every time he finished his drink, the supermodel who was with him brought him another.

“The chance to have a picture with him was too good to turn down, so I went over.

“The picture was taken and off I went with him oblivious to the fact I was a footballer.”

Even though he did not recognise him, Crouch claimed the former Barcelona man would be his dream team-mate.

When asked who he would most like to play alongside, he said: “That is so difficult.

“Dennis Bergkamp was special and it would have been incredible to play alongside him, but my overwhelming choice would be the original Ronaldo.

Ronaldo hung up his boots in 2011 after playing for PSV, Barcelona, Inter Milan, Madrid and AC Milan.

But the 43-year-old, who scored 62 goals in 98 appearances for Brazil, is clearly enjoying his retirement. 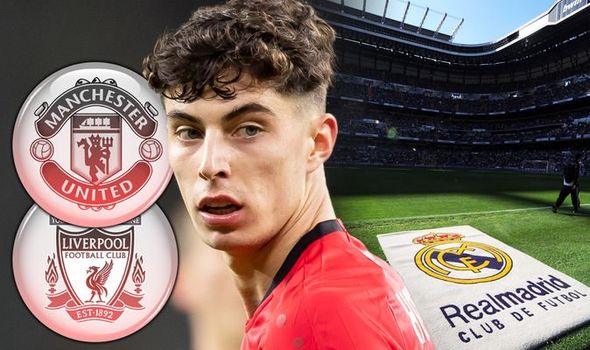 Manchester United and Liverpool risk losing out on transfer target Kai Havertz as Real Madrid have submitted a £71million bid for the Bayer Leverkusen star. 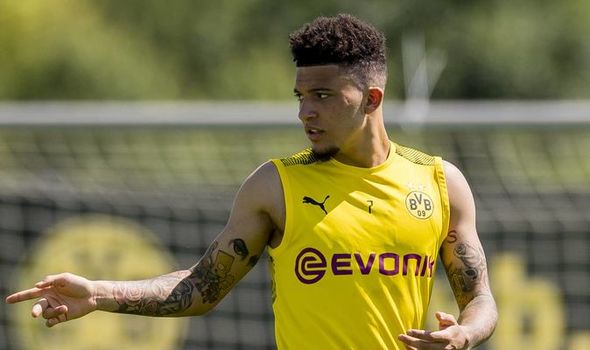 Manchester United face a Jadon Sancho transfer nightmare as the Borussia Dortmund ace has his eye on a move to Liverpool if they come knocking.

When the Premier League returns this month, Liverpool’s men’s team will almost certainly march on to secure its first league title in 30 years.

Meanwhile, its women’s side has been doomed to relegation from the Women’s Super League after the Football Association called a halt to the season.

The great shame for the footballing powerhouse is not just the relegation itself but the manner in which it allowed the team to wither on the vine.

Remarkably, despite Liverpool enjoying a record-breaking financial year in 2018-19, raking in £42m in profits, it only had 10 full-time employees on its list for the 2019-20 season.

Those 10 full-time employees covered five “players, managers and coaches” and five “administration, commercial and other,” according to The Guardian.

The publication reports the club pays its female players as part-time workers under the rationale that “full-time employees are those employed for more than 20 hours per week. The 19 members of the playing squad are semi-professional and as such are classed as part-time staff.”

No wonder the players have begun to leave on mass, with the words of exiting goalkeeper Fran Kitching saying plenty.

“I can’t wait to be enjoying the game I love again and being truly happy,” Kitching posted on Twitter. “I am excited to start my next chapter and also enjoy an environment which tests both players and people in the right way and allows them to thrive.”

Scotland international Christie Murray did not miss either.

“I’m looking forward to the next step in my career and the opportunity to be in an environment that challenges me, both as a person and as a footballer, and most importantly, to be able to enjoy what I love again.”

2/2 I’m looking forward to the next step in my career and the opportunity to be in an environment that challenges me, both as a person and as a footballer, and most importantly, to be able to enjoy what I love again. pic.twitter.com/x0u5kyqiIE

It’s not the first time players have left the club on mass either.

Aware of how things were being run at her old club she lured across seven players from Liverpool — Siobhan Chamberlain, Alex Greenwood, Martha Harris, Naomi Hartley, Emily Ramsey, Lucy Roberts and Amy Turner.

Liverpool’s negligence of its women’s team has finally come back to bite it and unsurprisingly the club is copping it on social media.

Liverpool Women relegated and it’s difficult to argue with that. The club just does not back the women’s team, a number of players have already left citing an environment that isn’t challenging or enjoyable enough.

They are Tranmere Rovers Women in reality, Liverpool haven’t included the women’s team in their new training ground. The women train and play at Tranmere, they just use the Liverpool name nowadays. A real shame.

This is a disgrace that must be sorted out. Liverpool’s relegated women underfunded and in disarray | Liverpool FC Women | The Guardian https://t.co/1wvcQjlcvx

What remains to be seen from here is if US owners FSG will respond to relegation by pumping funds into the team or allow it to deteriorate even further.

NFL players spoke, and Roger Goodell responded. Now what? Here’s what we know