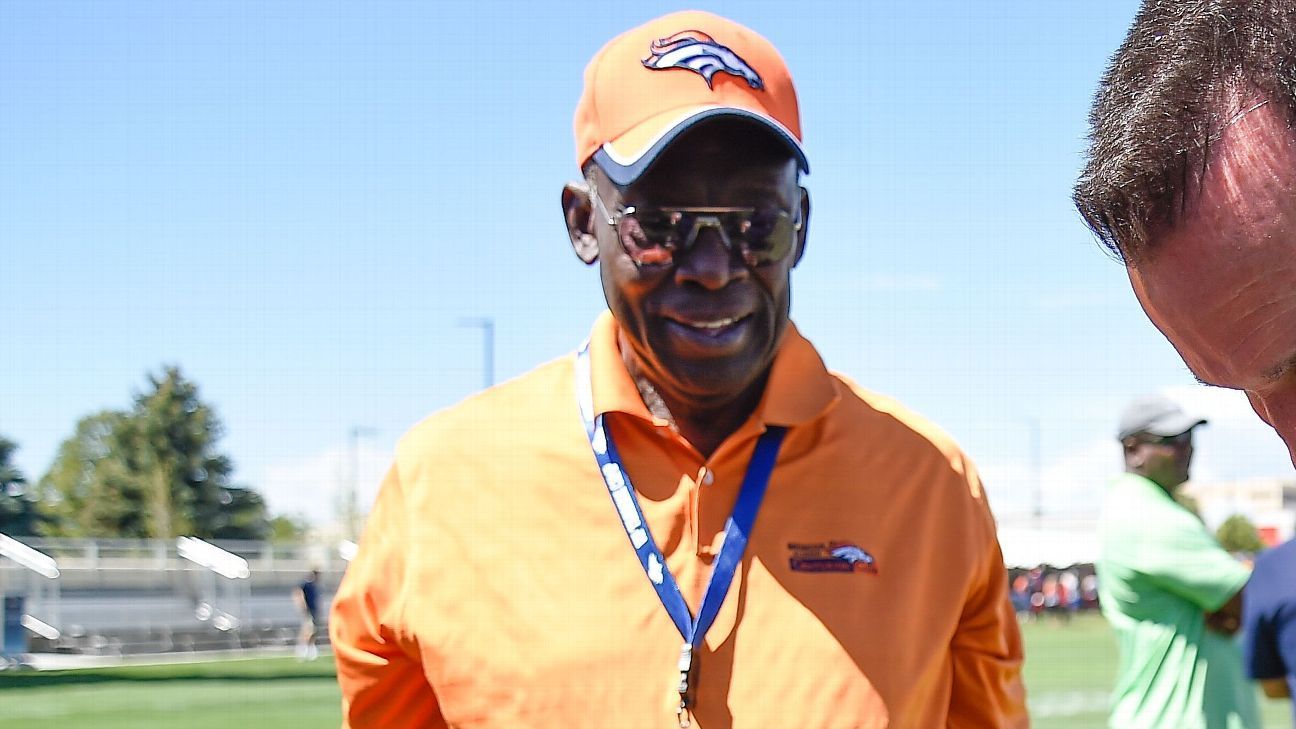 Sellers played two seasons for the Broncos (1966-67) and was traded by then-Broncos coach Lou Saban to the Kansas City Chiefs, where he played for two more seasons, including the Chiefs’ win in Super Bowl IV.

His playing career ended with a leg injury before the 1970 season.

Sellers, who played at Grambling under legendary coach Eddie Robinson, was an eighth-round pick by the Broncos in the American Football League draft in 1996 (he was a 20th-round pick by the Chicago Bears in the NFL draft that year) and played in 14 games as a rookie.

He intercepted 13 passes in his four seasons combined, including seven in 1967, forced seven fumbles and led the AFL in kickoff returns as a rookie in ’66 with a 28.5 yards per return average.

He had two kickoff returns for touchdowns in his career, including a 100-yard effort against the Houston Oilers, to go with a punt return for a score.

Sellers returned to the Denver area after his playing career and worked in sales at Mountain Bell. He began to teach in area schools after his career at Mountain Bell and was still a substitute teacher into his 70s. 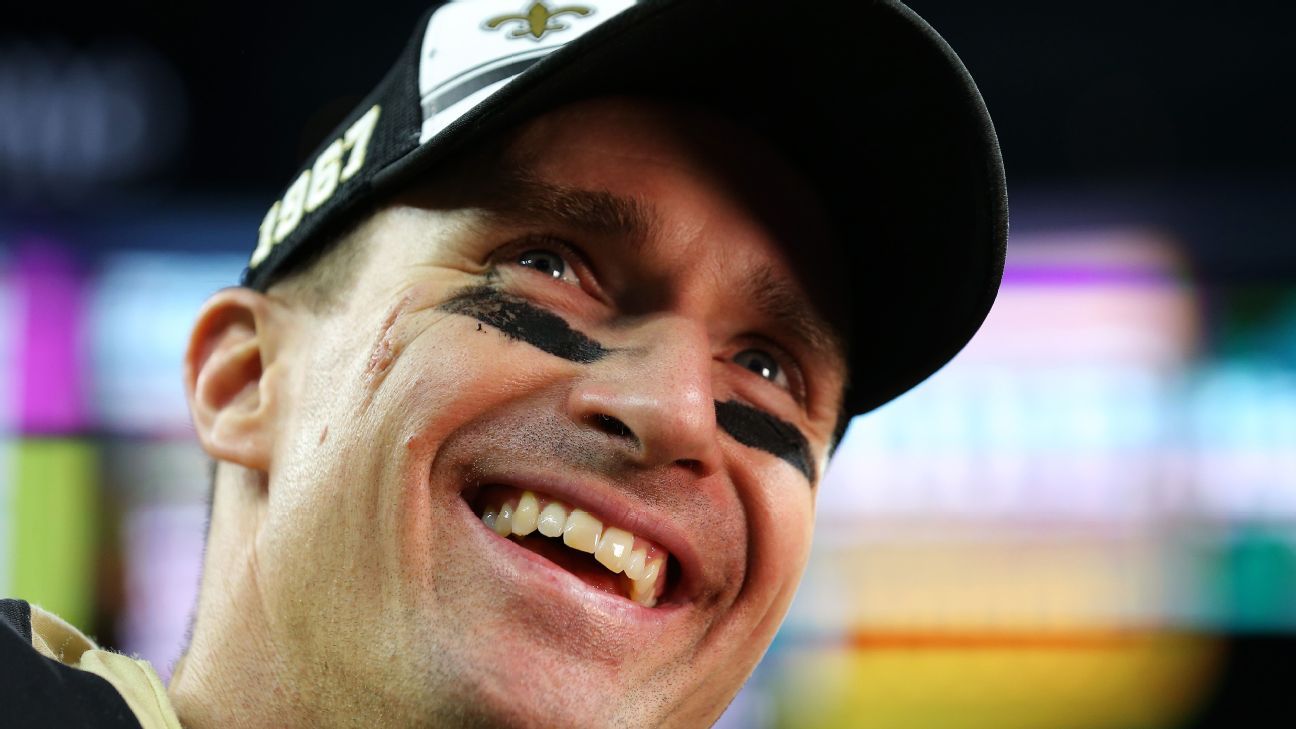 In a message addressed to President Donald Trump on Friday night, Drew Brees stood by his apology for earlier comments on “disrespecting the flag,” after Trump wrote that the New Orleans Saints quarterback should not have changed his stance.

“Through my ongoing conversations with friends, teammates, and leaders in the black community, I realize this is not an issue about the American flag. It has never been,” Brees wrote on Instagram. “We can no longer use the flag to turn people away or distract them from the real issues that face our black communities.

“We did this back in 2017, and regretfully I brought it back with my comments this week. We must stop talking about the flag and shift our attention to the real issues of systemic racial injustice, economic oppression, police brutality, and judicial & prison reform. We are at a critical juncture in our nation’s history! If not now, then when?

“We as a white community need to listen and learn from the pain and suffering of our black communities. We must acknowledge the problems, identify the solutions, and then put this into action. The black community cannot do it alone. This will require all of us.”

Brees’ statement came about six hours after Trump said Brees “should not have taken back his original stance on honoring our magnificent American Flag.”

“OLD GLORY is to be revered, cherished, and flown high,” Trump wrote in a pair of tweets. “We should be standing up straight and tall, ideally with a salute, or a hand on heart. There are other things you can protest, but not our Great American Flag – NO KNEELING!”

Asked what he would think if players kneeled this season to protest the death of Floyd and others at the hands of police, Brees said: “I will never agree with anybody disrespecting the flag.”

Brees’ reference of the flag, rather than the death of Floyd or the anguish of black people around the country, drew heated backlash from dozens of players across multiple sports. He apologized in multiple social media posts, but the issue remains raw among players throughout the NFL.

His latest statement in defense of players’ protests comes on the heels of NFL commissioner Roger Goodell’s message Friday in which he admitted that the league has erred in how it has dealt with players’ feelings toward police brutality, social inequalities and systemic racism over the past few years. 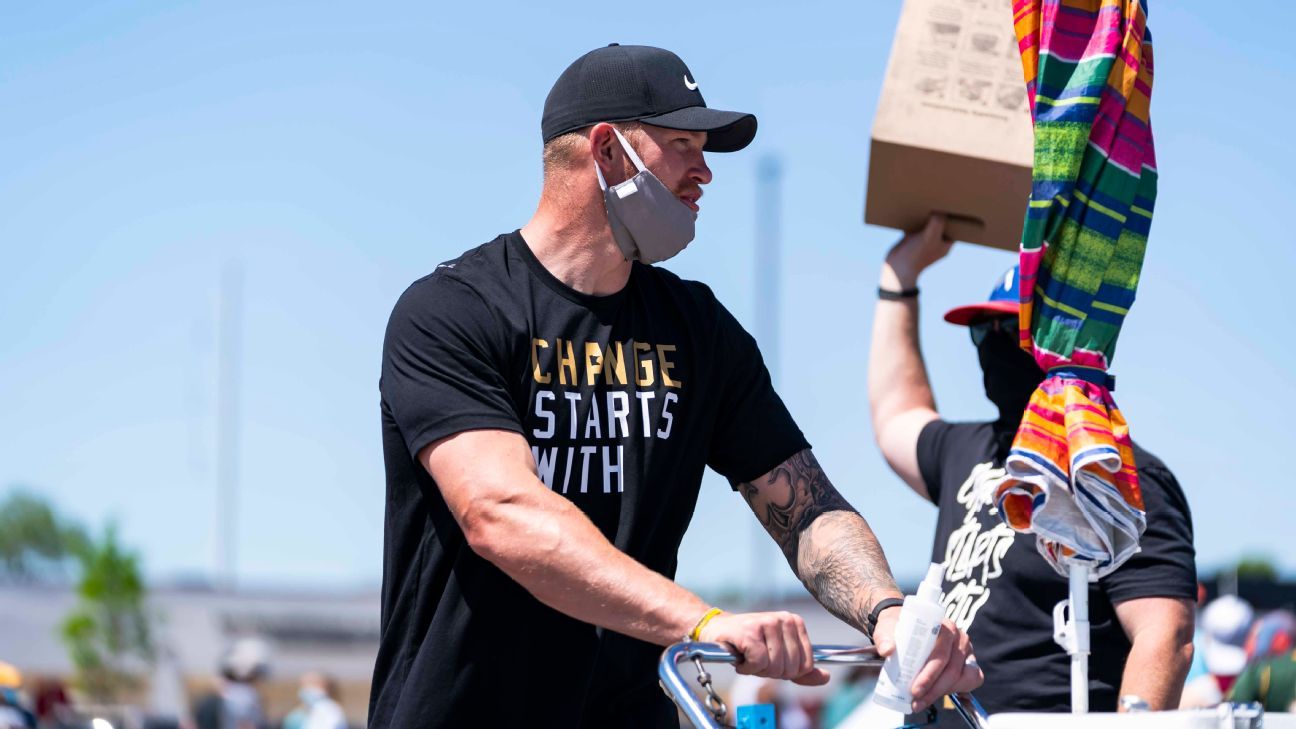 By the time the Minnesota Vikings tight end drove around Monday to look for places in need of organized clean-up efforts after looting and riots took place throughout the Twin Cities following George Floyd’s death, the 30-year-old witnessed his favorite element of the community he’s been a part of for the last nine years.

With broken glass and debris already cleaned up, the efforts to rebuild were underway. So when Rudolph pivoted to the idea of an essential goods drive to benefit residents like a woman named Stephanie, whose TV interview went viral after most of the stores near her home were destroyed, he chose to go to the area impacted the hardest.

Amid burned buildings and shopping centers shut down because of excessive damage, Rudolph held a donation drive on Friday in the parking lot of a now-closed Cub Foods near East Lake Street and Hiawatha Avenue in Minneapolis where residents from the surrounding area could receive non-perishable food and other essential items.

Friday’s event, which saw a steady stream of hundreds come out as early as 9:30 a.m., had a handful of Vikings players on hand to help hand out donations. Rudolph was joined by Danielle Hunter, Adam Thielen, Garrett Bradbury, Aviante Collins, Chad Beebe, Cameron Smith and Jake Browning, all of whom were in attendance at Floyd’s memorial service Thursday.

Rudolph also sought the help of Minnesota Timberwolves guard Josh Okogie, who was joined by coach Ryan Saunders and teammate Malik Beasley. Also on hand to lug cases of water and other goods from the donation stations to people’s cars were several members of the Minnesota football team and Gophers coach P.J. Fleck.

“What you’re seeing right now is a fair representation of Minnesota and what Minnesota can be,” Okogie said. “You see every different kind of race, ethnicity, religious (background) — it doesn’t really matter. We’re coming together. What I think is so symbolic of this whole thing is what we have right now is a whole bunch of hope, love, fun and opportunity. You look around and everything’s been destroyed. So if we can start right here and grow outwards, that’s what we have to do.”

Rudolph, who has previously served on the Vikings’ social justice committee which, among several of its initiatives, aims to foster relations between police departments and the communities they serve, believes the Vikings can continue to play a role in the fight against systemic racism and police brutality.

“To fix this, it’s going to take time,” Rudolph said. “It’s not something that when the protests stop, the change stops. It’s got to be something that’s sustainable. It’s got to be something that we can continue to do for years because just under 20 years ago I was in Cincinnati, Ohio, when Timothy Thomas was killed. There were riots and protesting and I never would have thought that just under 20 years later I would be still living in a similar situation. My hope is that 20 years from now when my kids are in their 20s, this isn’t a battle that they’re on the forefront and fighting.”

Across the Twin Cities, other teams are entrenched in efforts to give back. Minnesota Wild defenceman Jared Spurgeon made donations to six charitable organizations, including the Gianna Floyd Fund, Black Women Speak and WeTheProtesters, Inc., to benefit the Black Lives Matter movement and local rebuilding efforts.

Spurgeon, who is in Canada with his family, noted the circumstances surrounding the deaths of Floyd, Breonna Taylor and Ahmaud Arbery will prompt him and his wife to have an open dialogue about race with their young children.

“I don’t think there’s any age that’s too early to start teaching it,” Spurgeon said. “Growing up I think my parents tried to do that with myself but as you grow older with yourself you start realizing there are more things that you can do for your own children.”

Spurgeon said he hopes to see the community-wide efforts continue long after the city is rebuilt.

“From here on out, it can’t just be a one-week thing or a two-week thing where everybody’s doing it,” Spurgeon said. “It has to be a continued trend where we’re all trying to be better and get everyone equal rights.”

Elsewhere, the University of Minnesota is hosting a “United Are We” community drive Monday in the parking lot the athletic department where donations of essential supplies, toiletries, diapers and other non-perishables can be dropped off from 8-11 a.m.

Earlier this week, the Gophers’ athletic department launched an initiative called “Listen,” a forum used to amplify the voices of student-athletes, coaches and others for an open conversation on race. The site has several aggregated posts from student-athletes social media platforms in hopes of fostering an honest conversation throughout the entire athletic department.

“It’s not just a time of talk,” Gophers associate athletic director for external affairs Mike Wierzbicki said. “We need to create action. There’s action to this, there’s learning and then ultimately what are our steps to go forward from here.”

NFL commissioner Roger Goodell issued a statement Friday condemning racism, saying he admits the league was wrong to not listen to its players earlier and that it will try to do better.

“It has been a difficult time for our country, In particular, black people in our country,” Goodell said in a video released on social media. “First, my condolences to the families of George Floyd, Breonna Taylor, Ahmaud Arbery and all the families, who have endured police brutality.

Goodell’s video comes almost 24 hours after more than a dozen NFL stars united to send a passionate 70-second video message to the league about racial inequality on Thursday night.

On Friday, Goodell did just that.

“Without black players, there would be no National Football League,” Goodell said in his video on Friday. “And the protests around the country are emblematic of the centuries of silence, inequality and oppression of black players, coaches, fans and staff. We are listening. I am listening. And I will be reaching out to players who have raised their voices and others on how we can improve and go forward for a better and more united NFL family.”

New Orleans Saints receiver Michael Thomas opened the players’ video with the statement: “It’s been 10 days since George Floyd was brutally murdered.” The players then took turns asking the question, “What if I was George Floyd?” The video closed with the players insisting they “will not be silenced.”

Floyd, a 46-year-old black man, died last week in Minneapolis after Derek Chauvin, a white police officer, kneeled on his neck for more than eight minutes.