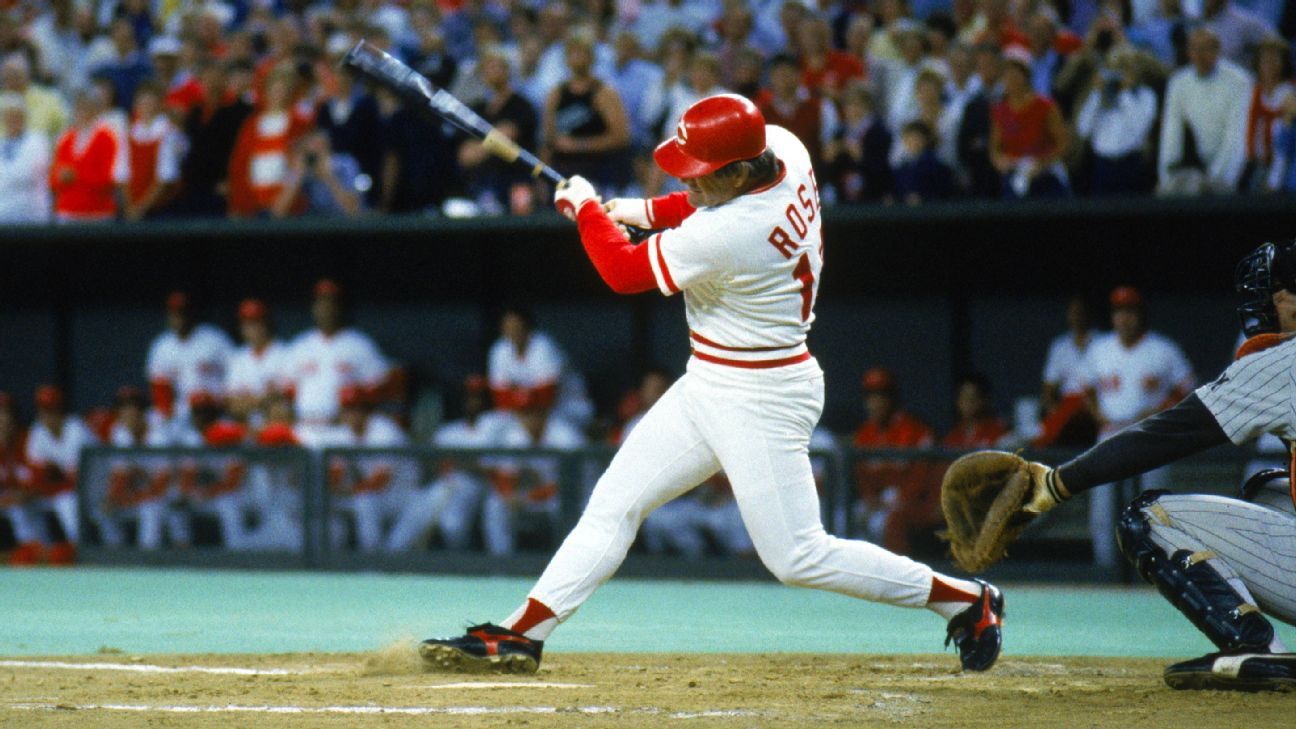 ON THIS DATE IN 1989, Sports Illustrated published a story connecting Pete Rose to gambling in baseball. We know that story. We also know that years later, Rose went to prison for five months for tax evasion. The day he got out, his son Pete Jr. picked him up at the prison. Pete’s first question to his son was, “Is there a batting cage near here?”

By now, all the people at the batting cage realized that the Hit King was in the cage. They all gathered around. The first pitch came in at 85 mph. If you have never seen 85, or haven’t seen it in a while, that ball is moving at an exceptional rate of speed. Pete swung at the first pitch and hit a line drive directly back at the pitching machine, a rocket, a seed, an absolutely textbook swing.

He looked at the assembled crowd, threw his bat to the ground, and said, “Some things never f—ing change” and walked away.

Other baseball notes from March 27

The best behind-the-scenes MLB moments we ever saw

‘The Rookie’ and six other memorable real-life MLB debut stories

David Price has yet to throw an official pitch for the Los Angeles Dodgers, but he has already made a profound impact throughout their organization.

The All-Star left-hander will pay each minor league player who is not on the Dodgers’ 40-man roster $1,000 for the month of June, sources confirmed to ESPN. The remarkable act of generosity will impact just over 200 people facing unprecedented difficulty.

The development was first reported by Francys Romero.

The Dodgers had already committed to continuing their $400-a-week payments to minor league players — domestic as well as those training out of the team’s academy in the Dominican Republic — through the month of June, but the Oakland Athletics recently decided to cease those payments at the end of this week and other teams might soon follow suit.

Minor League Baseball is unlikely to take place in 2020 and upwards of 1,000 minor league players could end up getting released over the coming days. Most of those cuts would’ve taken place at the end of spring training had the coronavirus pandemic not shut down sports in the middle of March, but the strong likelihood of a reduced draft and fewer affiliates in 2021 and beyond puts minor league players in an especially precarious situation.

Most minor league players earn below minimum wage and are not protected by the Major League Baseball Players Association, which is engaged in a contentious negotiation with MLB over compensation for what will at most be a significantly shortened season in 2020. Players were previously given an advance of $170 million for April and May and won’t receive any more than that if the season is cancelled.

Price, the No. 1 overall pick out of Vanderbilt in 2007, joined the Dodgers alongside Mookie Betts in a five-player deal with the Boston Red Sox on Feb. 10. If baseball is played this summer, the former Cy Young Award winner and five-time All-Star will enter the fifth season of a seven-year, $217 million contract he signed in December of 2015.

NEW YORK — Major League Baseball’s shortened amateur draft will remain at the MLB Network studios in Secaucus, New Jersey, for the first round on June 10.

MLB shortened the selections to five rounds and 160 picks in response to the new coronavirus pandemic, by far the fewest since the draft started in 1965. Before the pandemic, the draft had been scheduled to take place at Omaha, Nebraska, ahead of the now-canceled College World Series.

Clubs were able to reduce the draft as part of their March 26 agreement with the players’ association. The combined value of their signing bonus pools is $235,906,800 and the amount of signing bonus pool money eliminated is $29,578,100.

The first 37 picks will take place on the opening day and the remainder on June 11. The deadline for selected players to sign was pushed back from July 10 to Aug. 1.

Baseball’s draft was long held by conference call at the commissioner’s office in New York. The draft was moved to Lake Buena Vista, Florida, for 2007 and 2008.

Residents of the United States, Canada and Puerto Rico are subject to the draft.

As part of the agreement with the union, slot values to determine signing bonus pools will remain at 2019 levels and players passed over in the draft are limited to signing bonuses of $20,000 or less. That might cause more high school players to go to college. And because of the NCAA’s limit of 11.7 baseball scholarships, the change may lead to more prospects attending junior college.

All but six of last year’s sixth-round picks signed for $200,000 or more. Chicago Cubs catcher/first baseman Ethan Hearn had the highest bonus of the round at $950,000, deciding to sign rather than attend Mississippi State. San Francisco signed right-hander John McDonald, selected 326th on the 11th round, for $797,500, and Arizona gave left-hander Avery Short, picked 362nd on the 12th round, $922,500.

Signing bonus pools started in 2012 and limit the amount of money teams can spend. Each slot in the first 10 rounds is a signed a value — the range last year was $8,415,300 down to $142,200 — and each team’s values are added to a form a pool. Signing bonuses in the first 10 rounds count against the pool along with the amounts above $125,000 of players selected after the 10th round or who were bypassed in the draft and then signed.

A team that exceeds its pool is taxed, and a club more than 5% above loses a first-round draft pick the next year — a threshold never reached.

The union turned down a proposal that would have kept rounds 6-10 in exchange for cutting their slot values in half.

As part of the deal with the union, teams have the right to cut the 2021 draft to as few as 20 rounds. That fits in MLB’s proposal to cut their minimum minor league affiliations from 160 to 120 in 2021, allowing each organization to drop one farm team. 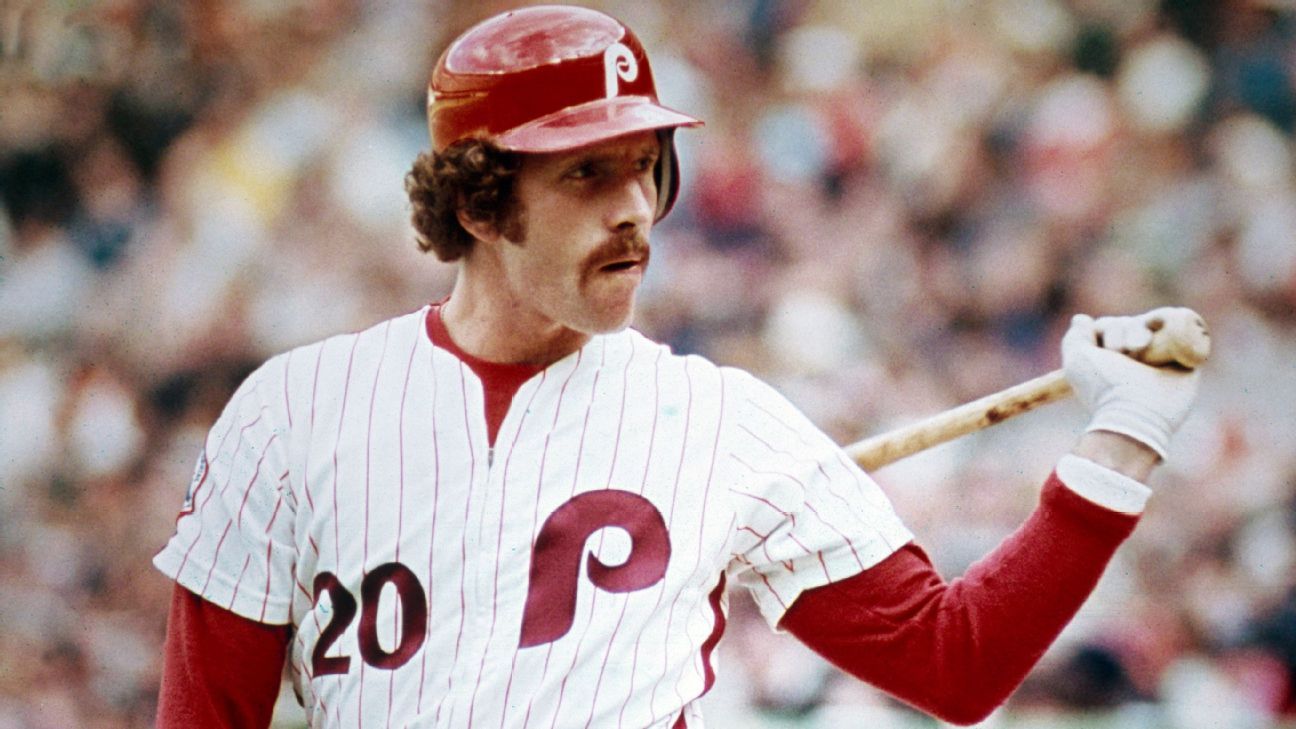 Schmidt had played in 42 games that season, he was tied for second in home runs (six) by National League third basemen at the time, and he was the active career leader in homers, RBIs, runs scored and total bases. But, at age 39, his recent play had been unacceptable to him.

“We were on the bus, leaving [San Francisco’s] Candlestick [Park] for the airport to fly to San Diego,” said Bob Dernier, then a Phillies outfielder. “Mike was in the back of the bus with Chris James, Bedrock (Steve Bedrosian) and a few others. Mike looked at us and said, ‘I think that’s it, I’m done.’ Chris James started bawling. He said, ‘No, no, Mike, you can’t!’ Mike told me, ‘I can’t catch. I can’t throw.’ He was embarrassed about his defense. Defense was so important to him. He used to tell me that the All-Star team should be the Gold Glove team. He valued that more than anything, even when he was leading the league in home runs.”

Schmidt won 10 Gold Gloves; only Brooks Robinson (16) won more at third base. Schmidt led the National League in home runs eight times, which remains an NL record. He finished with 548 homers, most by a third baseman. His combination of power offensively and grace and skill defensively was breathtaking; indeed, he could play the piano and move it, too. Schmidt won three MVPs, including back-to-back years, and finished third two other times. By most measures, he is the greatest third baseman ever.

And yet it was never enough for Schmidt; he was constantly fretting about his swing. Nearly 30 years after retirement, he told me, “When I was struggling, if you had told me that I should set up in the box with my back to the pitcher, I would have tried it.”

Schmidt was hitting .203 at the time he retired. So he accompanied the team to San Diego that night, and officially announced his retirement the following day. It was so emotional. He broke down several times.

“As soon as Mike said he was done, Bedrock and I started planning the celebratory party,” Dernier said. “We were going to get Harry [Kalas, the club’s legendary play-by-play broadcaster] to speak, we were thinking about getting some Heinkens on ice. We had a great party. We were all so sad to see him go, but he had so much pride in his play, who was I to argue with that? I saw him do some amazing things. Mike was just mesmerizing.”

Other baseball notes for May 29