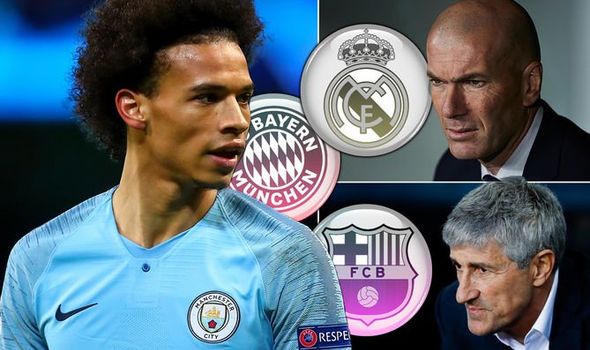 Manchester City star Leroy Sane has been linked with a summer transfer to Bayern Munich this summer, despite Pep Guardiola hoping that the forward signs a new contract, but now Real Madrid and Barcelona have also joined the race to land the Germany international’s signature.

With no live football to watch, fans around the world are turning back to classic matches to get their fix of the world game.

But one football-mad child has gone one better, re-creating some of the most iconic goals of all time in his backyard.

Wearing a full kit and with the help of some pretty averaging goalkeeping from a friend, the young lad copies some of the greatest goals football has ever seen.

The compilation features Diego Maradona’s ‘hand of god’, a trademark Cristiano Ronaldo belter – and even his famous celebration, and David Beckham’s iconic free-kick against Greece in 2001.

Watch the cracking video below!

‘WOULDN’T EVEN LOOK AT EACH OTHER’: VIDUKA LIFTS LID ON KEWELL FEUD

BEST EVER: ROBBIE SLATER’S ALL-TIME SOCCEROOS SIDE – AND NO CURRENT PLAYERS MAKE THE TEAM

Mark Viduka was perhaps the most talented Australian striker of all time, a man who tore up Scotland and the Premier League – and then disappeared from the football world in 2009 without so much as a goodbye.

Now the Socceroos legend has broken his silence in a damning interview with ESPN, revealing clashes with multiple teammates as well as blasting the leadership Australian football.

“Let’s just say I have a lot to get off my chest,” Viduka says.

He slammed former teammate Lucas Neill for undermining his captaincy of the national team during the disastrous 2007 Asian Cup. Read the full story on that here.

The ‘V-Bomber’ also revealed a feud with Harry Kewell when they played together for Premier League giants Leeds, a remarkable story of his almost-transfer to Manchester United, and opened up on what he’s up to in retirement.

A COOL RELATIONSHIP WITH KEWELL

When Mark Viduka moved from Scottish giants Celtic to Premier League heavyweights Leeds in 2000, Australian fans were ecstatic. Two of the Socceroos’ most-talented attackers lining up together in a side that many believed could claim Champions League glory? It was a dream come true.

But, Viduka says, things weren’t as optimistic behind the scenes.

“At Leeds, it got to the point, if Harry and I were in the sheds by ourselves, we wouldn’t even look at each other,” Viduka said. “It was that bad.”

According to Viduka, his sour relationship with his former agent Bernie Mandic affected Kewell’s perception of him.

“I had a problem with [Kewell’s agent] Bernie Mandic. Bernie was my agent when he took me from Celtic to Leeds, but … I severed ties with Bernie.

“I think maybe our relationship at Leeds wasn’t that good because — and I can’t say for sure — I think that affected the way [Kewell] viewed me.”

Their relationship has healed over time, though Viduka says: “we last spoke in 2013.”

Viduka banged in 22 goals in his first season, including four in one remarkable comeback win over Liverpool. Leeds reached the Champions League semi-final and finished in the PL’s top four.

Little wonder clubs across Europe were lining up to sign the Australian goal machine.

One of those sides was Italian giants AC Milan, who Viduka says was his favourite team growing up.

“I had the chance to join AC Milan at the end of the 2001 season, after we made the Champions League semi-final,” Viduka says.

“I was a huge AC Milan fan. As a kid, I grew up watching [Marco] van Basten, [Frank] Rijkaard and [Ruud] Gullit … They were my favourite team. It just wasn’t to be.”

“I was in Manchester, and my agent at the time also had a lot to do with Elton John,” Viduka says. “He said stay for the night and come to the show. He had backstage passes, and I’d get the chance to meet the man for myself. It was an offer I couldn’t refuse.

“So I’m there with Jacob Burns, my Leeds teammate and fellow Aussie, as we got ushered into his dressing room. As we enter, Elton swings around on a swivel chair and says, ‘Mark Viduka, you’re from Melbourne. I love that place!’

“I was nervous, so I babbled on about my meeting with the Red Devils that day and a possible move. Instead of going to our seats to watch the concert, Elton gets us to watch it at the side of the stage.

“About three songs in, he says, ‘I want to dedicate this next one to my good friend Mark, who is in Manchester today to make a big decision.’

“I didn’t sign for Man United. I think I loved living in Leeds too much at the time.”

On the outskirts of Zagreb, there’s a busy little coffee shop called Non Plus Ultra – “No Higher Point.”

Viduka makes the coffee, while his wife Ivana waits tables. It’s a world away from the blinding lights of Elland Road or the glory of Australia’s 2006 World Cup campaign.

That campaign, where Viduka was captain of the Socceroos as Craig Moore remained in doubt due to injury, was sweet relief after 32 years of waiting.

Viduka had been part of the Socceroos side that failed to qualify at their last two attempts – and he was the focal point of the attack that managed to overcome Uruguay in the qualification play-offs in 2005.

He teed up the first Socceroos goal, and with the captain’s armband strapped around his bicep, he had the chance to almost-guarantee qualification in the shootout.

The Socceroos were up 3-2. Viduka poked the ball wide. Luckily, Schwarzer made another save. Aloisi sent us through.

“I can’t describe it,” Viduka says. “It was like a build-up within us that was suddenly released.

“A lot of us had been through the heartbreak before. Losing at the final hurdle was like going through trauma together. We all felt the same thing.”

Then Australia was on the plane to Germany.

Up against Japan, Croatia, Brazil in the group stage, somehow the Socceroos made it out. Faced Italy in the Round of 16, only for THAT defining Fabio Grosso penalty.

“It definitely wasn’t a penalty,” Viduka says. “Lucas [Neill] went for the ball, and [Grosso] played the leg.

“It happens, and there’s nothing we could do. Had we got to extra time, maybe we could have won. Or the luck of penalties? Football is full of drama, and that was another chapter.”

FFA only wanted ‘a special guest at their dinners’

When Newcastle United was relegated from the Premier League in 2009, Viduka walked away from football – not that he intended to. He returned to Melbourne with his family to take a break, but didn’t receive the call to be involved on home soil, despite being just 33.

“When I came back to Australia, I wasn’t looking at getting out of football,” he says.

“I was looking to have a rest from football, but nobody contacted me at all to be involved in football. The only thing Football Federation Australia contacted me for was so I could be a special guest at their dinners.”

And he slammed the FFA for not properly utilising the ‘golden generation’.

“You have people running football in Australia that don’t have a clue about football,” he said.

“They don’t want to get older players involved who actually have that experience, who have been in those situations in front of 100,000 people. When the s**t hits the fan, what are they going to do?”

But will he return to the game in the future?

“I did my badges in the U.K., and the first thing that [course] said is you need to have your own philosophy, the way you want to play. We’ve lost our identity as a football nation,” he said.

“I may come back to the A-League to coach, but … it all depends if I’m prepared to give everything again because you can’t do things half-heartedly. It has to be full-on or nothing.”

For now, it’s coffee in Zagreb.

“It’s great to do something different,” Viduka said.

“You make a bad coffee, you throw it in the bin. I try and make the best coffee as I can, though. I think I’ve become pretty good at it.” 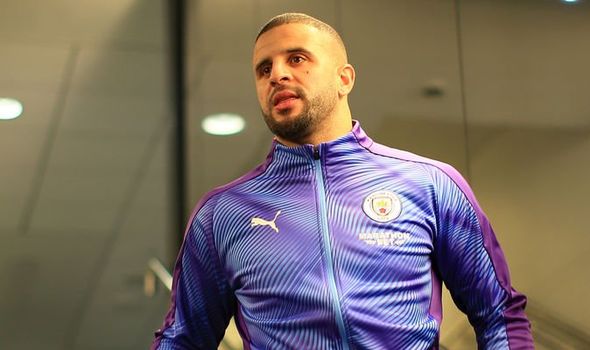 Kyle Walker has issued a public apology and fines a fine from Manchester City for flouting the coronavirus lockdown laws.