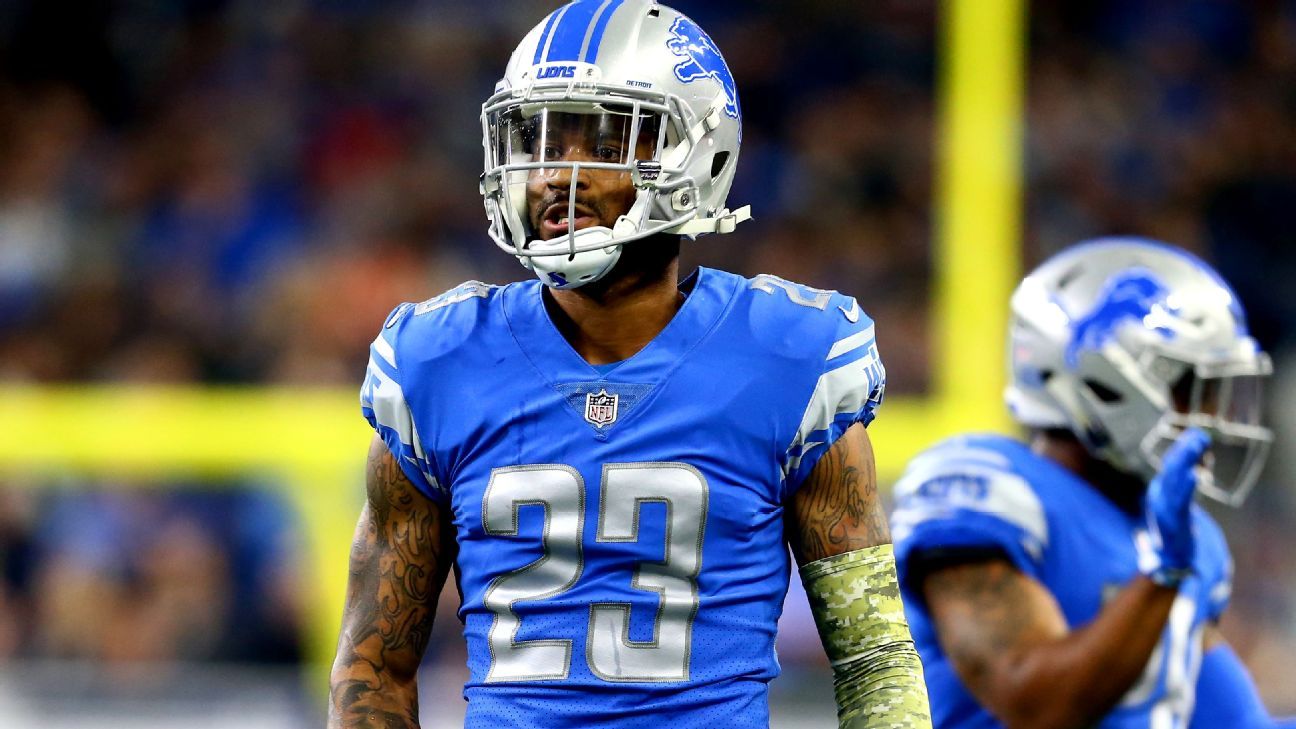 The Lions have spoken with multiple teams about a trade involving Darius Slay, but Detroit will be adamant about what it will cost to acquire the Pro Bowl cornerback, a source told ESPN Insider Adam Schefter.

Conversations with teams include a new contract for Slay as part of the deal, Schefter reported. Slay, 29, is entering the final year of his contract in 2020.

Slay has been Detroit’s best defensive player and made three straight Pro Bowls.

Slay’s potential to be traded goes back to last year’s deadline, when Detroit dealt safety Quandre Diggs to Seattle. Slay was bothered by the move and said he knows that “nobody’s safe” from being traded.

“Anybody can go,” Slay said after the Diggs trade. “So that’s it. You know, at the end of the day, I just see it as there’s no loyalty to nothing. No matter how much you put in, they feel like it’s a little different, they can get rid of you. So I just play ball.”

At the time, he said he would be OK if he got traded and OK if he stayed in Detroit.

Slay has been open on social media about wanting to get a new contract and recently said on Twitter that $15 million to $16 million per year might be too low when a reporter suggested that could be a fair deal.

With the No. 3 pick in the NFL draft, Detroit could be a destination for corner Jeff Okudah out of Ohio State. But the Lions have long searched for a reliable No. 2 corner opposite Slay, and if they traded him, they would have two cornerback spots to fill.

Schefter reported that other teams believe Slay will be dealt this offseason. The Lions’ asking cost, though, will be something to watch. 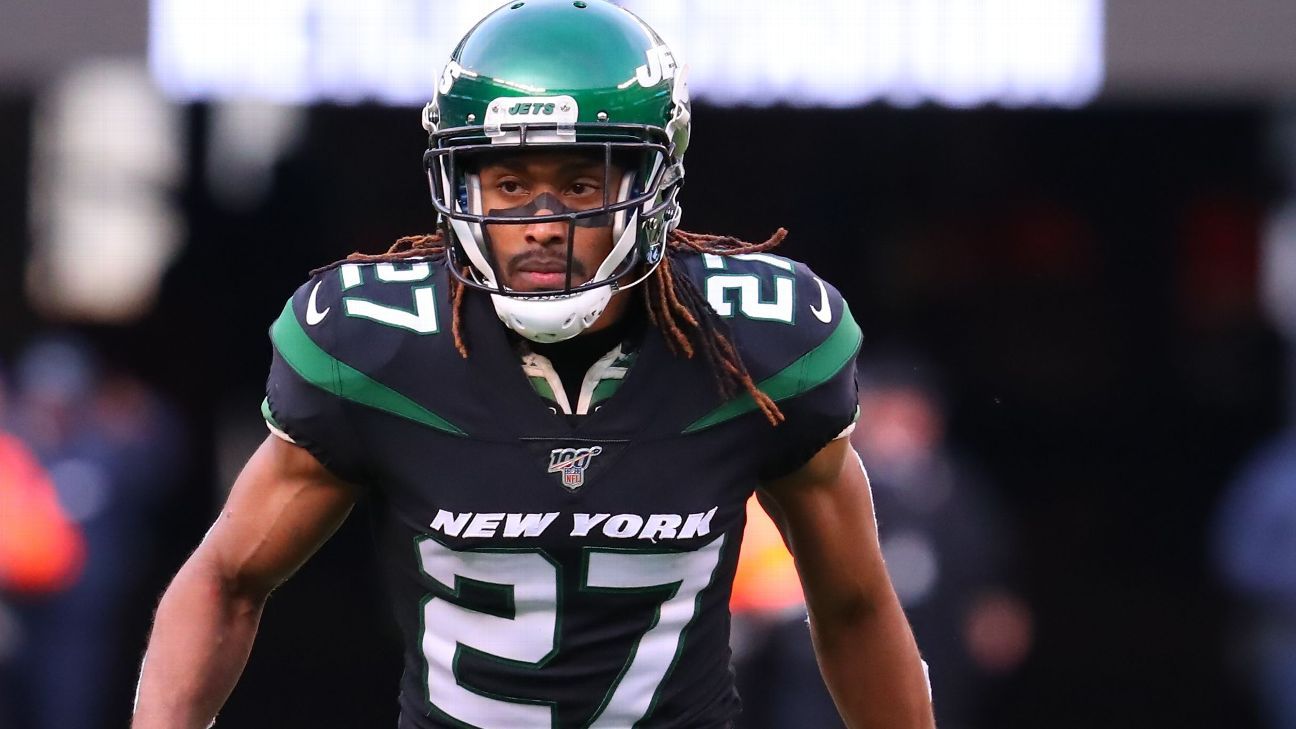 The Detroit Lions once again looked to the New England Patriots pipeline to fill a potential defensive need, agreeing to terms with cornerback Darryl Roberts on a one-year deal Thursday, a source confirmed to ESPN.

He is the fourth defensive player with Patriots ties to join the club this offseason, along with safety Duron Harmon, linebacker Jamie Collins and defensive tackle Danny Shelton.

The Lions have a potential opening at cornerback opposite Desmond Trufant, who was signed hours before the club traded Darius Slay to the Philadelphia Eagles last month.

Roberts may end up competing with Amani Oruwariye and possibly an early draft pick for a starting role next to Trufant and slot corner Justin Coleman. Roberts played on 65% of the Jets’ defensive snaps in both 2018 and 2019 along with having a role on special teams (at least 31% of snaps each of past three seasons).

Roberts showed some promise with New York in 2018 as a hybrid corner-safety. He was handed a starting job in 2019 but struggled in coverage. He played in 13 games, starting 10, and finished with one interception and 61 tackles. He also committed eight penalties and allowed 10 touchdowns along with an over-100 passer rating in each of the past two seasons, according to Pro Football Reference.

Cincinnati Bengals OK with using just tape, not stressing about seeing Joe Burrow or other QBs 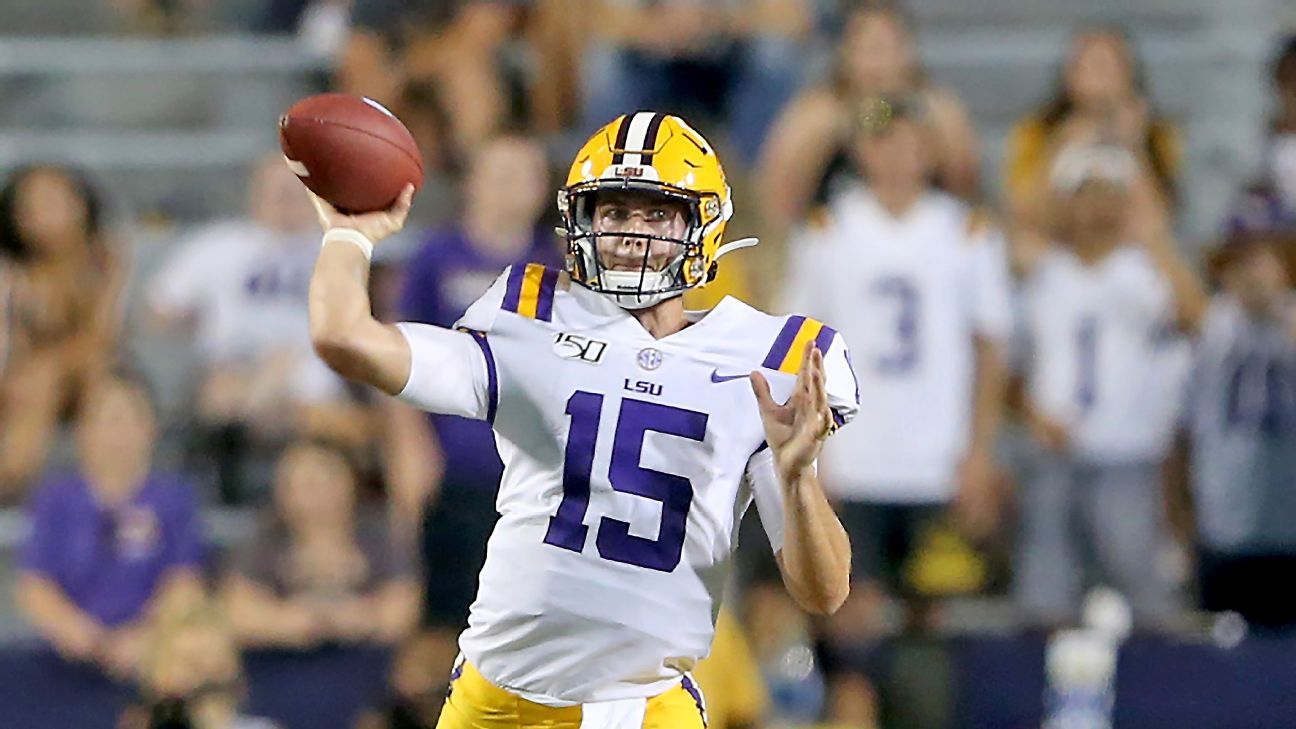 Multiple members of the coaching staff were scheduled to make the trip to Louisiana to see Burrow at LSU’s pro day scheduled for this Friday, Bengals coach Zac Taylor told ESPN this week.

However, because of the nationwide restrictions implemented by the COVID-19 outbreak, LSU and several other schools have postponed or canceled their pro days. Taylor said that even if the Bengals are unable to see Burrow or other quarterback options throw before the draft starts April 23, it will not significantly alter the evaluation process.

“Really, the number one evaluation tool is always the regular-season tape, especially with quarterbacks,” Taylor said. “We watched all that as much as we could with all these quarterbacks that are options there. Again, it’s just one box you don’t get to check off. But I think we’re comfortable making any decision that we make without having seen all these guys throw live.”

On March 13, the league issued a memo banning all in-person, pre-draft visits for draft-eligible players, per ESPN’s Dan Graziano. Team facilities have also been closed to all non-essential personnel since March 24, which prevents teams from hosting prospects.

Burrow, ranked as the top available quarterback by ESPN’s Todd McShay and Mel Kiper Jr., did not participate in the Senior Bowl or the NFL scouting combine. Burrow’s season ended in January after he capped LSU’s undefeated season with a victory in the College Football Playoff.

“Everyone else has been training a lot longer,” Burrow said on Feb. 25. “I didn’t think I’d be able to put my best foot forward here at the combine, so I wanted to wait until the pro day.”

Even though Burrow didn’t participate at the combine, he met with several members of Cincinnati’s coaching staff and organization, including team president Mike Brown. Burrow had been training with Jordan Palmer in Dana Point, Calif., in preparation for pro day and the upcoming draft.

Since the Bengals have been deep into draft preparation before it coached the Senior Bowl in late January, Taylor said the Bengals feel good about the process despite the limitations forced by the global pandemic.

“We went through a long list of guys and we’ve been doing this for two months now,” Taylor said. “We feel like we’ll be really prepared come April.”

The two sides are still committed to working on a long-term deal before the July 15 deadline for franchised players to sign extensions.

“I met with Derrick like I met with all of the guys whose contracts were going to be up at the end of the season,” Robinson said. “We told him we would start working on that but couldn’t get to an agreement on that one so we used one of the avenues that were available to us to keep Derrick.

“He’s an important part of our football team. I’ve spoken to his representatives after we’ve used the tag. And we want to continue to have those discussions and back and forths in hopes of reaching some kind of long-term agreement. We will kick those conversations off again probably, certainly before training camp gets ramped up and going.”

Henry, who turned 26 in January, won the NFL rushing title with 1,540 yards last season and has posted consecutive seasons of more than 1,000 yards.

Of all NFL running backs with at least 200 carries last season, Henry’s 5.1 yards per carry was the highest.

Cincinnati Bengals OK with using just tape, not stressing about seeing Joe Burrow or other QBs

‘Basketball can wait’ – How NBA coaches are navigating an unprecedented season