Round 18 of the A-League promised plenty, with a jam-packed round of derby clashes.

Torrential rain did more damage to Sydney’s lead on top of the ladder than any rival on the field has in recent weeks, and it was raining goals across the country.

Here’s a quick look at the best and worst of the round! “For me the A-League’s not a developmental league for the referees, because players go out there and play for results. Sometimes decisions influence the game.” – Wellington Phoenix coach Ufuk Talay was unhappy after defender Tim Payne’s controversial second yellow card in their 4-2 loss to Perth Glory. MAN OF THE ROUND:

The Olyroos hero continued his hot form with two goals for Perth in their 4-2 win over Wellington.

His amazing bursts of speed and high leaps have become a vital weapon for Glory.

‘HE’S NOT RONALDO’: Why Messi would struggle in the Premier League

HOW DID HE NOT REALISE? PL star’s ridiculous wardrobe malfunction Adelaide United may have lost against Brisbane but ex-Roar forward Ben Halloran provided the moment of the match.

His 58th-minute half-volley from just outside the area after controlling a loose ball gave Roar ‘keeper Jamie Young no chance and was his third goal in his past two matches. Mohamed Toure, the younger brother of Olyroo Al Hassan Toure, became the third-youngest A-League player when he came off the bench late in Adelaide’s 2-1 loss to Brisbane on Saturday.

The 15-year-old didn’t look out of place either, running with pace, strength and skill at a tiring Roar defence.

Are Robbie Fowler and the Roar peaking at the right time in the season?

After an indifferent start, the Roar are now in the top six with just one defeat from their past seven matches. The additions of Scott McDonald and Corey Brown have improved the team. With Sydney FC set to enter a chaotic period involving the Asian Champions League campaign, A-League officials will be scrambling to find a convenient date for the Sydney derby following its washout.

WHAT’S NEXT: Melbourne City’s visit to Eden Park to face Wellington will be worth watching, while there’ll be plenty of desperation in the clash between sixth-placed Brisbane and seventh-placed Western United. 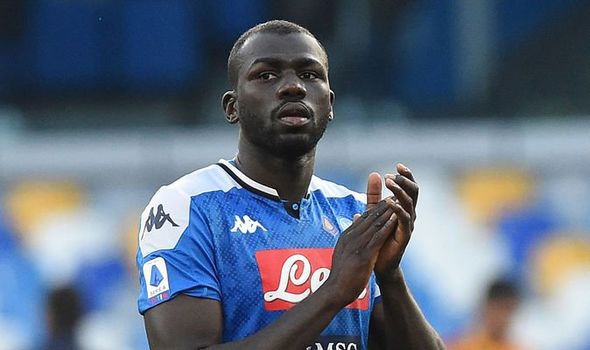 England captain Harry Kane said on Sunday the Premier League season should be cancelled if it cannot be completed by the end of June because of the coronavirus pandemic.

The English top-flight is currently suspended until at least April 30 due to the COVID-19 outbreak, with a likely further delay to be announced soon.

There is no clear idea about when or if football will be able to resume, but Euro 2020 has been cancelled, which opens a window to bring domestic seasons to a conclusion in the summer. But Tottenham striker Kane does not want Premier League chiefs to let the current campaign go past June or even the start of what would be the 2020-21 season in August, as has been suggested in some quarters.

“I know the Premier League will do everything they can to finish the season, and that they are looking at every option possible,” Kane said in an Instagram Live conversation with former Liverpool star Jamie Redknapp.

“I think, for me, we do need to try to finish the season. But there needs to be a point where enough is enough. Sterling’s plea to the UK

“Playing into July or August and pushing next season back I don’t see too much benefit in that. But obviously I don’t know too much about behind the scenes and financially.

“Probably the limit for me is the end of June. If the season’s not completed by the end of June we need to look at the options and just look forward to next season.” Premier League matches could potentially be staged behind closed doors in a bid to complete this campaign once the current lockdown in Britain is over.

Kane does not think dragging out the season will help anyone though, especially if it delays the next term.

LATEST UPDATES: A new Premier League start date has been revealed — and it would be a frantic dash to the finish line

“The further this season is pushed on, it would have such a big knock-on effect for next season, with the Euros in 2021, and even World Cup 2022. But that’s just my opinion,” he said.

“Football is secondary at the moment. I know there still have to be plans in place, and I’m sure everyone is trying to do that.

“All that is out of my hands though, there’s nothing I can do personally, so from my point of view we’ve just got to wait and see what happens. Hopefully this clears up as soon as possible, and we can try to get back to normal.”