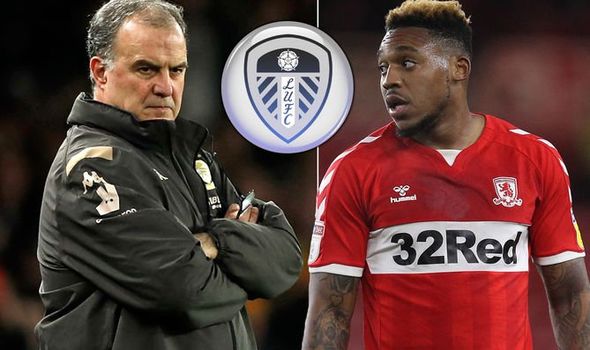 Leeds manager Marcelo Bielsa is trying to sign Middlesbrough striker Britt Assombalonga during the January transfer window, after a move for Southampton star Che Adams appears to have broken down 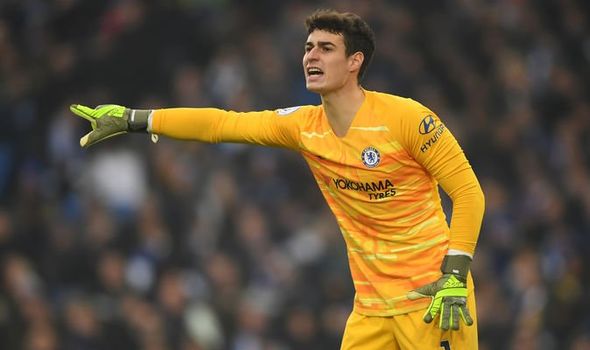 Chelsea goalkeeper Kepa Arrizabalaga wants to stay and fight for his place.

Tony Sage is set to sell Perth Glory imminently in a deal believed to be the first of its kind in football.

Sage has brokered a deal with the London Football Exchange (LFE) to sell them an 80 per cent share in the 2019 Grand Finalists after 13 years of ownership.

It is planned to be the first acquisition of seven or eight clubs in a project set to be run similarly to that by the City Group, which owns or has a minority stake in eight football clubs across the world.

This is the goal for Sage and LFE, with the former becoming chairman of the group, therefore effectively trading ownership of one club for control of up to seven in the future.

The sale will still need to be ratified by the FFA and FIFA before it is formally confirmed.

Sage to sell stake in Glory

WHAT HAS HAPPENED SO FAR?

Sage is currently in the UK, dotting the i’s and crossing the t’s on the deal which will see 80 per cent of Perth Glory owned by LFE. Sage will still remain an owner, with a 20 per cent stake in the club, but will also take up the role of chairman of LFE.

He will also remain the chairman of Perth Glory.

Although no official price has been placed on the club so far, it is expected the sale will be in excess of the $15 million it was being valued at by other investors back in 2018.

Perth have worn the LFE logo on the back of their shirts since the start of the 2018/19 season, following a partnership agreement.

At the time of the announcement, Sage said: “The London Football Exchange is taking a bold approach in reshaping the financial structure and direction of the world game and we are delighted to be partnering with them.

“It’s an exciting new commercial relationship for both parties which we will look to develop in the future.”

LFE is an “innovative investment group” founded in 2016 which operates in a number of different areas associated with professional football and other sports.

One part of the LFE group is the LFE Sports Capital, which helps clubs with financing for a number a different areas, from stadia and training grounds to player transfers.

The company also has a cryptocurrency token (LFECash, known as LFEC) that operates via blockchain. One LFEC is currently valued at approximately 0.2 USD, and can be purchased on international cryptocurrency exchanges. The cryptocurrency forms the basis of their future plans – we’ll explain why below.

SO WHY IS SAGE SELLING?

Sage has owned Perth Glory for 13 years but admitted he was no longer able to compete with the financial power of the A-League’s other clubs and has spent the last 18 months looking for investors.

“Last year’s loss was about $2.9 million, which is a huge loss to take on by myself,” he said. “I’m the only sole owner left in the league.”

But Sage admitted he refused to sell all of it because he still sees value in the A-League.

“They wanted 100 per cent of the club, I was unwilling to go to 100 per cent,” he said. “I wanted to retain [a share] because I think the future of Australian football is going to be huge.”

WHAT DOES THIS MEAN FOR PERTH AND FANS?

In the short term, not much. Sage was insistent that anyone he sold to must agree to uphold the traditions of Perth Glory, meaning there will be no change of name or colours – like there was when the City Football Group acquired Melbourne Heart and rebranded it Melbourne City.

“I’ve had three or four close encounters but they (other buyers) want to change things,” he told Steve Mills and Basil Zempilas on the breakfast show.

“So I came across a group in London that have a fantastic vision for football. They want to earn seven clubs around the world like the City Group. But unlike the City Group rebadging Melbourne Heart to Melbourne City, Yokohama City, New York City, they will let each group keep their identity.”

‘WE EXPECTED IT’: CHELSEA ON VERGE OF $73M SIGNING AS FOUR-PLAYER OVERHAUL BEGINS

In the future, LFE is looking to create a ‘tokenised marketplace’ for fans to purchase merchandise, tickets, travel and hospitality and more.

That will involve fans using ‘tokens’ – the LFEC cryptocurrency – to make purchases.

Fans buying LFE tokens will not only be purchasing equity in the LFE group, and therefore the clubs – like Perth Glory – owned by the group, they will also be purchasing tokens that can be used to purchase experiences and items like merchandise.

This could help clubs lower their processing fees for selling tickets or merchandise – increasing club profits or allowing them to pass discounts on to fans.

But, crucially, fans will still be able to buy tickets or merchandise using traditional payment methods like cash. Fans will not be forced into buying the LFE token, but will likely be rewarded with discounts on purchases at the club if they choose to use the token.

It could also mean a closer relationship with other clubs around the world, like Melbourne City has with all of its sister clubs. The LFE intends to take control of multiple academies to supply its group of clubs with talented players.

WHAT ARE THE CONCERNS?

There is a significant amount of scepticism surrounding the deal, particularly surrounding LFE’s assets and the way they will pay for their shares in Perth Glory.

According to Tony Sage, LFE will fund the deal through money they had raised via the sale of their cryptocurrency.

“The money’s sitting there in an account they’ve raised through these tokens – there’s 400 million tokens, I think, on issue, trading now,” he told Nine.

According to LFE, an ‘Initial Coin Offering’ or ICO in 2018 (basically a sale of a set number of the cryptocurrency tokens) raised $70 million USD.

But concerns over the viability of LFE and their model remain widespread.

It was revealed on Friday that LFE founder Jim Aylward had previously failed to complete a deal with another A-League side. According to The World Game, Aylward attempted to purchase a minority share of another unnamed A-League side.

It’s not the first failed deal for the group.

LFE tried to acquire French Ligue 1 club Nantes back in June 2019 for 100m euros ($161m) but the club president Waldemar Kita pulled the plug on the deal after questioning how the company would pay for the club, saying the “buyer was not credible”.

Then-president Kita said he would “never leave the future of the club in the hands of candidates who do not assume their responsibilities and whose seriousness and credibility are not guaranteed.”

But Aylward on Thursday claimed a new deal with the French club was close to completion. He told Perth’s 6PR radio station “I’ll be looking to get Nantes wrapped up as my next deal.”

SHOULD FANS BE WORRIED ABOUT BUYING CRYPTOCURRENCY?

Cryptocurrency is a volatile investment, and can be confusing for potential investors.

If Glory supporters are to be offered the opportunity to buy into the club via cryptocurrency or use the token to purchase merchandise, then it should be done with caution, warns Leigh Travers of blockchain firm Digital X.

“I think fans that are looking to buy a LFE token to get ownership need to do a bit of research first to make sure what they are buying is exactly what they are going to get,” he said, according to the ABC.

“Understand exactly what it is you are buying, whether it is the ability just to use it as a currency to go purchase merchandise or something like that or if it is actual ownership.”

WHAT OTHER CLUBS ARE THEY BUYING?

Perth Glory is the first club on LFE’s list but not the last as they look to expand and acquire control of as many as seven or eight clubs across the world in total.

As previously mentioned, Aylward claimed a deal with French top-tier side Nantes was his next focus.

But he would not reveal if that was to purchase a majority stake in the club, or a deal over financing as part of LFE’s Sports Capital arm.

Tony Sage told the same radio station on Wednesday: “There’s an offer in for a French club, an Italian club and an EPL club at the moment. But they wanted to get things done quickly so they said why don’t we start off with an Australian club.”

Premier League fixtures cancelled: Will games be postponed due to Storm Dennis? 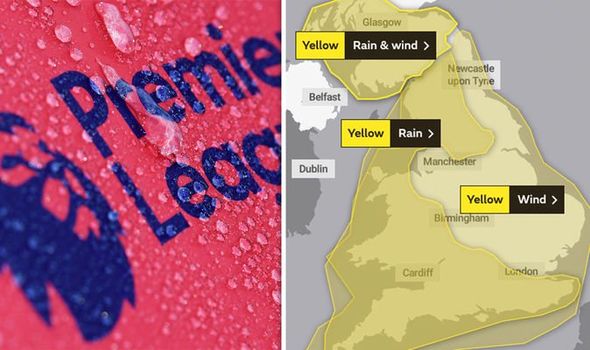 Premier League fixtures could be affected by the incoming Storm Dennis this weekend.

Luka Doncic, Kristaps Porzingis shine as a duo in Doncic’s return from injury

Premier League fixtures cancelled: Will games be postponed due to Storm Dennis?