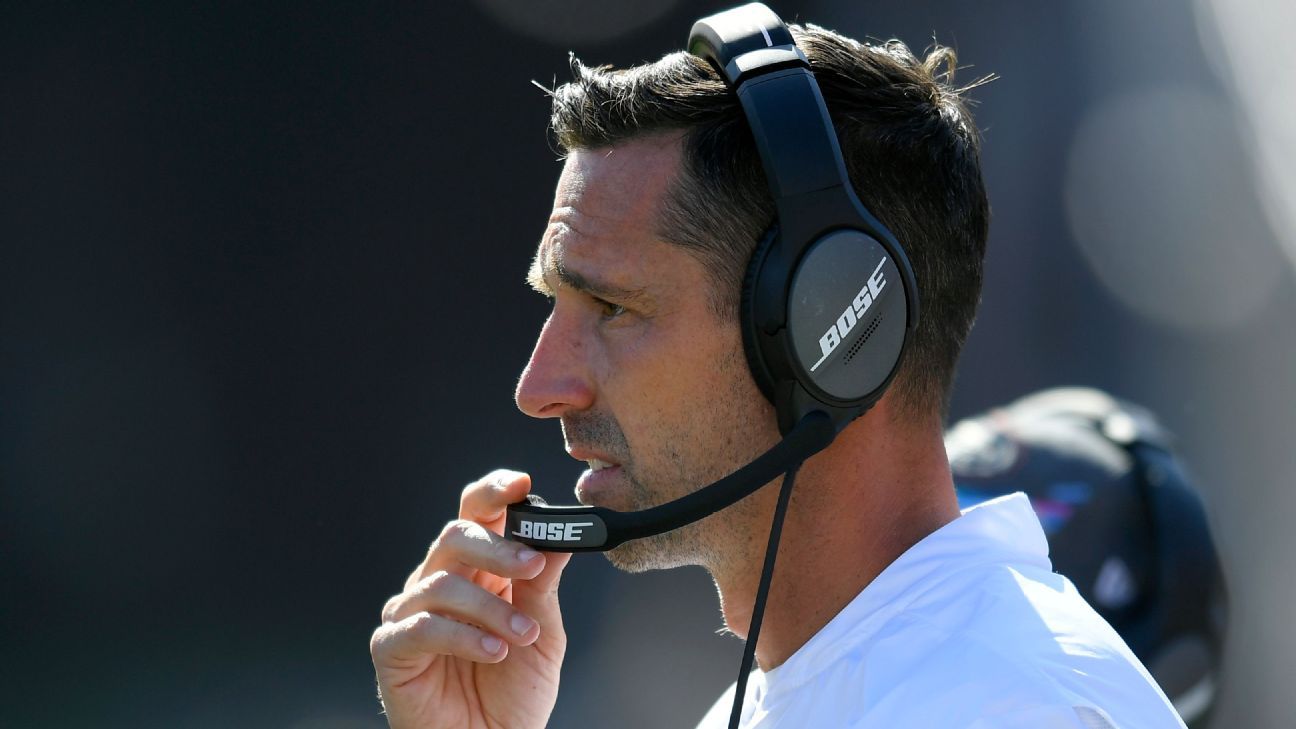 SANTA CLARA, Calif. — In heading back to the Super Bowl for the first time as the San Francisco 49ers coach, Kyle Shanahan knows he will get plenty of questions about what happened the last time he was coaching in the biggest game of the year.

But the memories and lessons Shanahan has from that game might not be the ones that most expect. Instead of things like “just run the ball,” Shanahan will lead the Niners to Miami to play in Super Bowl LIV thinking more about things like ‘no lead is ever safe’ and ‘best practices in backpack protection.’

Shanahan, of course, was the Atlanta Falcons offensive coordinator for Super Bowl LI against the New England Patriots. That was the game the Falcons led 28-3 entering the fourth quarter but eventually lost 34-28 in overtime.

Afterward, Shanahan took plenty of criticism for his late-game play calling. On Monday, he was asked how often he still thinks about that game.

“Not much at all anymore, to tell you the truth,” Shanahan said. “You do it every second in the days after, they were real tough. Losing the Super Bowl is extremely tough for everybody, especially when you have a 28-3 lead going into the fourth.

“But the way it came down on me personally, I didn’t react to that the way people would expect because there were definitely parts of that Super Bowl I would love to have back and I was very hard on myself. But the whole narrative of ‘if I just would have run it, we would have won,’ I know that wasn’t the case. I know what went into that game and all the stuff that happened, so that stuff didn’t bother me. You’ve got to deal with that and listen to other people, but it was nice to be able to move on and move out here and just keep working. I’m glad I’m going to get the chance to go back.”

Shanahan said he was never bothered by those criticisms and while those particular comments don’t faze Shanahan, he does acknowledge there are some things he would have liked to do over.

Specifically, the one call that still bothers Shanahan came at New England’s 23 with just under four minutes to go and Atlanta leading 28-20. Facing second-and-11, Shanahan harkened back to a late third quarter drive in which the Falcons had a second-and-1 at New England’s 32 and the run play he called was stuffed for a 1-yard loss and Atlanta was flagged for holding. That sequence forced the Falcons to throw on third down, where quarterback Matt Ryan took a sack and it knocked them out of field goal range.

Determined to do better the second time, Shanahan called for a pass and Patriots defensive lineman Trey Flowers dropped Ryan for a sack and a 12-yard loss. The next play provided another holding penalty and the Falcons had to punt again.

“That put us way back and (we) had to throw again to get back into it and we missed it,” Shanahan said. “But yeah, I wish I didn’t call that play on second-and-11 that led to that sack.”

That isn’t to say Shanahan didn’t take any key lessons from his previous trip to the Super Bowl. If nothing else, that experience only reinforced to him the importance of keeping his foot on the gas, which is why he actually called a couple of passes for quarterback Jimmy Garoppolo in the fourth quarter of Sunday’s win against Green Bay to ensure the Packers didn’t get a chance to claw back into the game.

“That’s why, I promise you when we’re way up in the fourth quarter on Green Bay and stuff, I know what 28 minus 3 is and I know a 25-point lead in the fourth quarter isn’t enough,” Shanahan said. “So, when we have a 14-point lead with eight minutes to go versus Green Bay, I can promise you that I think I feel from experience like the game is tied and that we don’t have a two-score lead.

“I think that’s the stuff that helps you. Sometimes I think people can tend to relax. I won’t say that I ever relaxed in that Super Bowl, especially with Tom Brady having that ball but that’s something that keeps you humble in every single moment until the game is over.”

Off the field, Shanahan even walked away from that trip with a crash course on backpack protection. After an early week media session before the game, Shanahan’s backpack went missing.

Inside, Shanahan had what he estimates to be about 48 Super Bowl tickets and “a lot” of cash from those who had given him money for those tickets. His iPad, which had the Falcons game plan on it, was also inside but he wasn’t as concerned about that knowing that everything on it was protected by passcodes.

“I had almost a panic attack,” Shanahan said. “It was gone for about an hour and a half. The whole team left me. The Patriots came in. I was walking around there looking for my backpack, running into more media people and still doing interviews past my deal and I was trying not to come off as a jerk blowing them off. I was panicked trying to find my backpack.”

Shanahan spent about 90 minutes looking for the backpack before realizing that Art Spander, a longtime Bay Area sportswriter, had left his own backpack behind. After checking to see who it belonged to, Shanahan was able to track down Spander and exchange the backpacks.

“He had it and they tried to take it off of him and he wouldn’t give it to me at first until I showed him it was mine,” Shanahan said, laughing. “I forgave him fast but I was stressed for a while.” 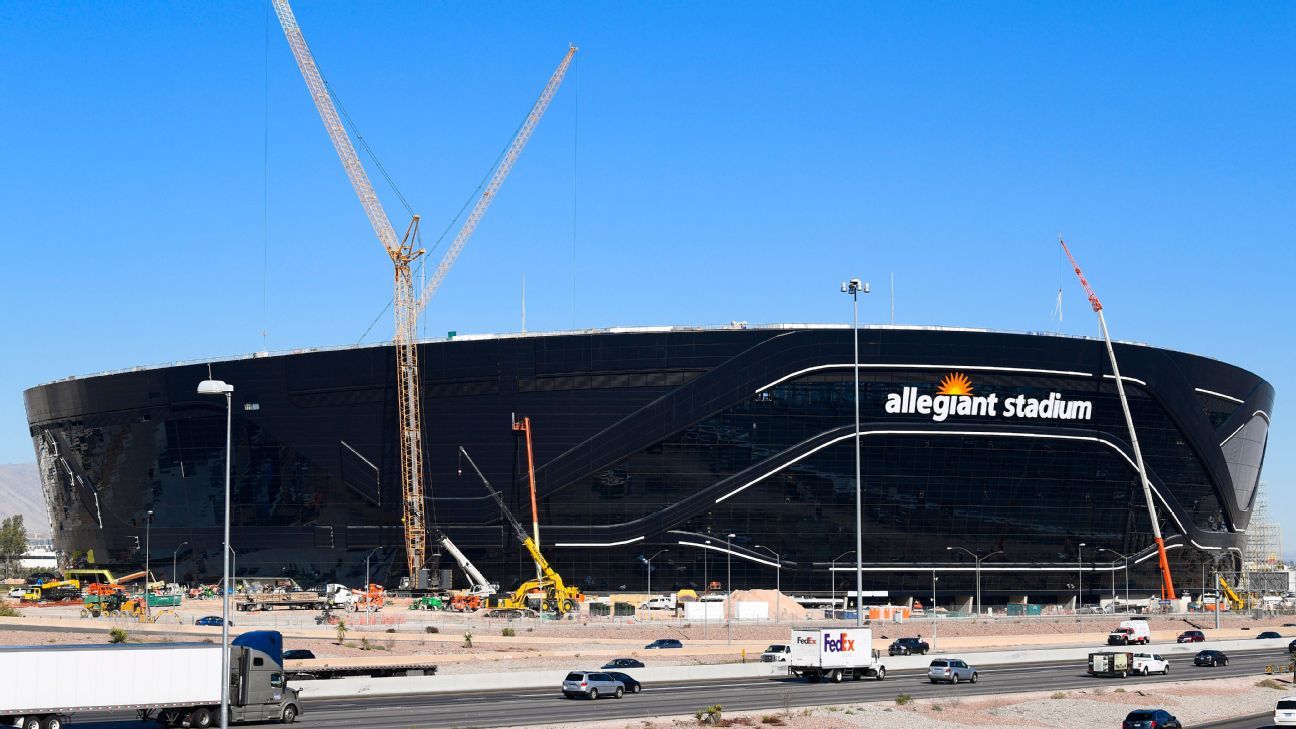 A construction worker at the Raiders‘ new Allegiant Stadium in Las Vegas has tested positive for the coronavirus.

Mortenson-McCarthy Builders said Wednesday the worker had not been in close contact with any other project worker and had been offsite since last week. The worker is self-isolating for 14 days and won’t return to work until cleared.

Mortenson-McCarthy says the area of the stadium where the worker was assigned and the surrounding vicinity were immediately shut down and sanitized. Work in other parts of the stadium has been unaffected and the stadium is still scheduled to be completed this summer. 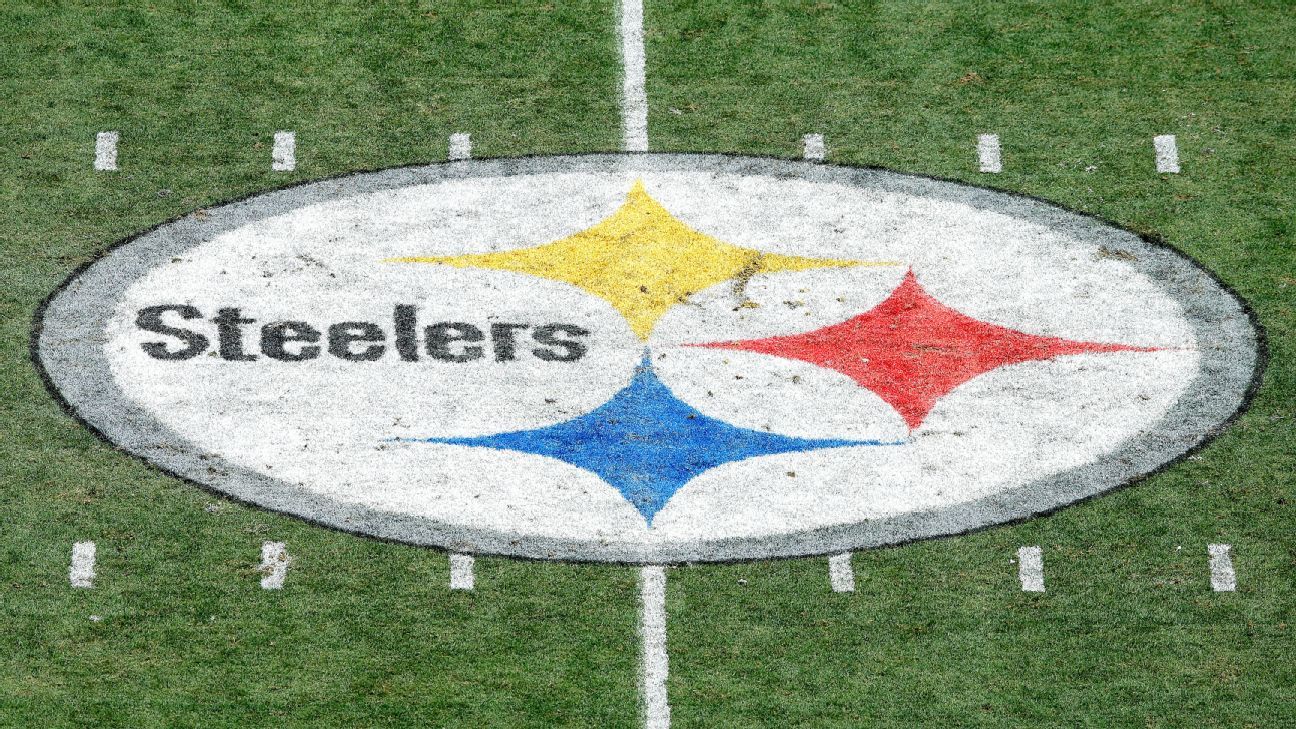 PITTSBURGH — The Steelers signed a trio of XFL products on Wednesday, supplementing their free-agency signings with two members of the New York Guardians — including the league’s sacks leader — and one alum of the DC Defenders.

The Steelers have been open in the past to signing players from alternative football leagues, signing safety Kameron Kelly from the Alliance of American Football prior to last season. Kelly started one game for the Steelers but was released after he was arrested at a local bar late in the season.

In an interview with local beat writers in February, Steelers general manager Kevin Colbert said the team would be monitoring and evaluating the XFL for talent.

“The XFL has taken some of the guys we would have signed as futures [contracts],” Colbert said prior to the NFL scouting combine. “We’ll have to do more work on undrafted guys because of that. Traditionally, we sign about 15, but we might have to sign 20-22.”

“We got an initial feel for that group, and we’ll continue to monitor those teams throughout the season.”

Though the XFL season was shortened due to COVID-19, the Steelers saw enough to merit signing the trio of players.

Listed at 6-foot-2, 284 pounds, Walker led the XFL with 4.5 sacks and nine quarterback hits as a member of Guardians. The Maryland product went undrafted in 2018, but spent preseasons with the Bears and the Chiefs. Walker became the second defensive lineman added by the Steelers in free agency, joining former Baltimore DL Chris Wormley, who arrived in Pittsburgh via trade.

Jones, a Notre Dame product, spent training camp or preseason with the Bills, Cowboys, Giants and Seahawks, but couldn’t stick with any of them. He converted from defensive line to offensive line upon joining the Giants, and the much-needed reps as the Guardians’ left tackle should allow the the 6-6, 320-pound offensive tackle to compete for a roster spot in Pittsburgh.

Kinnel was the final signing of the group after his stint with the Defenders. Kinnel had 17 total tackles in the shortened season. After a Michigan career during which he had 170 tackles, two interceptions and one sack, Kinnel signed with the Bengals as a undrafted free agent in 2019 but was cut after training camp. 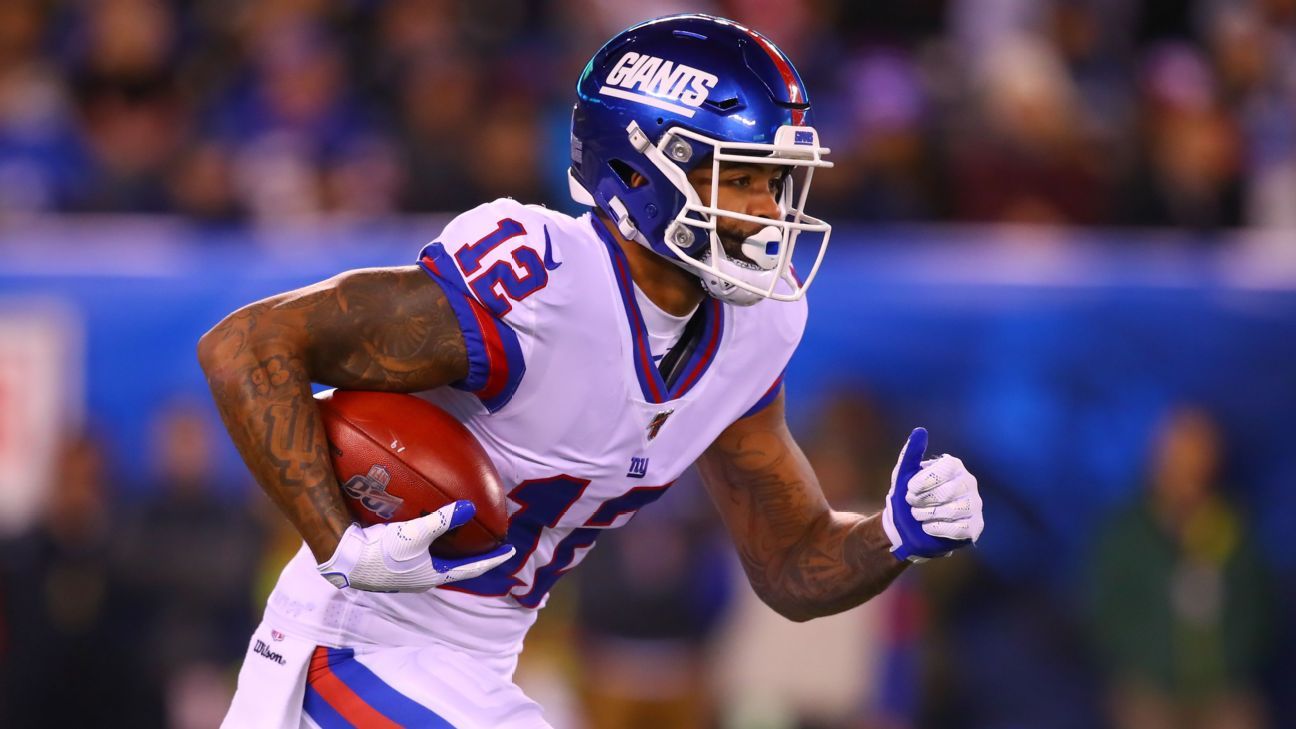 The Washington Redskins have agreed to terms on a deal with wide receiver Cody Latimer, a source confirmed to ESPN’s John Keim.

Before 2019, Latimer had started only five games since being a second-round draft pick of the Denver Broncos in 2014. But Latimer was able to get into the Giants’ lineup and make the most of his opportunities last season because starters Sterling Shepard (concussion) and Golden Tate (suspension for performance-enhancing drugs, concussion) missed time.

Latimer, 27, spent his first four seasons with the Broncos before signing with the Giants in 2018. For his career, Latimer has 70 receptions, 935 receiving yards and six touchdowns.

The NFL Network first reported the news about Latimer.