After months of speculation, former Socceroos striker Scott McDonald has revealed he is moving from Western United to Brisbane Roar.

The 36-year-old goalpoach told the Scottish Daily Record he is excited to link up with former Liverpool forward Robbie Fowler, now coach of Brisbane.

McDonald has signed an 18-month deal in Queensland.

He is quoted as saying: “When Robbie offered me this opportunity there was simply no way I could turn it down.

“You don’t get the chance to work with someone of his status every day – never mind when you’re already 36.

“I may be coming towards the end of my career but you are never too old to learn in this game and I can’t wait to start working with him.

“I’m joining an established A-League club with a big support and hopefully there may be a pathway into coaching in the academy structure when the time comes to hang up my boots.

“When I came back to Australia I did hope to bring the curtain down on my career with a bit of a bang.

“Robbie has now given me the opportunity to do just that and I really want to get on with the job of repaying him.”

McDonald has made nine appearances for United, scoring once.

He was left out of United’s squad for this weekend’s clash with the Central Coast Mariners – but was not listed as ‘out’ (aka not selected) or unavailable due to injury.

The 26-cap Socceroo has over 500 career appearances, mostly in Scotland’s top flight and England’s second division.

Fullback Corey Brown has returned to Brisbane Roar after a difficult stint at Melbourne Victory.

The left-side defender made 23 A-League appearances after moving to Victory last season, but fell out of favour this campaign where he has played just six times in the league.

Victory released the back-up defender in order to free up cap space for former star Marco Rojas, who is set to confirm his arrival in the near future.

Brown’s contract with Brisbane runs only to the end of the season, with the former stalwart desperate to reboot his flagging future.

According to a club statement, Brown said “I’m really looking forward to earning my spot & winning with this team.

“I do have a point to prove. The reason I’m back at this Club is to earn game time & win for this team, the members and fans & importantly, the Club.”

Verbeek: No title for United

After Western Sydney Wanderers on Thursday night announced the signing of former Premier League striker Simon Cox for the remainder of the season, they confirmed on Friday morning that marquee striker Alex Meier was departing the club.

The 37-year-old German veteran Meier scored just one goal from 12 appearances, and a club statement claimed he was returning to Germany “for personal reasons”.

WSW coach Markus Babbel today hinted there were issues behind the scenes in the German striker’s personal life.

“There were a couple of reasons there. This is normal. You can’t bring your best performance if you have these kind of problems,” Babbel said.

“We know how good he is and how good he can be. He’s a top pro. A couple of games you could see it but not regularly.

“It doesn’t mean he’s a bad player or a bad person. He’s a top pro and a great person. It wasn’t working.”

He is replaced by 32-year-old Republic of Ireland striker Cox, who played over 500 games in England and notched 30 international appearances. 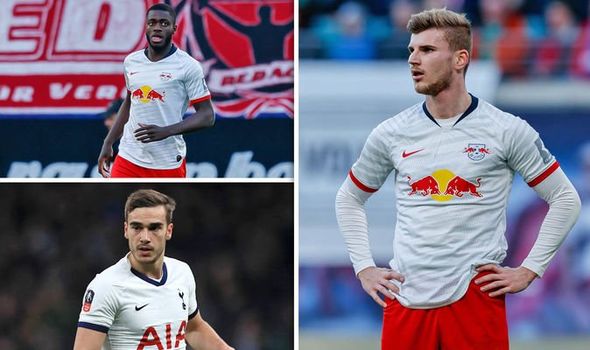 All the latest transfer rumours and gossip coming out of Arsenal, Chelsea, Liverpool, Manchester United, Tottenham, Barcelona and Real Madrid.

Liverpool return to the scene of their Champions League triumph when they visit Atletico Madrid’s Wanda Metropolitano on Tuesday very much the team to beat for those hoping to succeed Jurgen Klopp’s men as European champions.

Liverpool are coasting towards a first Premier League title in 30 years having dropped just two points all season and are likely to be crowned English champions before the Champions League quarter-finals commence in early April.

Liverpool remain on course for a potential five-trophy haul this season.

They have already lifted the UEFA Super Cup and Club World Cup and are used to reaching European finals under Klopp.

The German has overseen three in four seasons at Anfield, losing the Europa League final to Sevilla in 2016 and Champions League to Real Madrid two years later before getting over the line against Tottenham in the Spanish capital last year.

“I have no clue if we can win the Champions League again but we should be ready to go for it,” said Klopp.

“What I know and what we showed last year is that we can beat the best.”

Liverpool’s Champions League Round of 16 clash with Atletico kicks off at 7am AEDT. 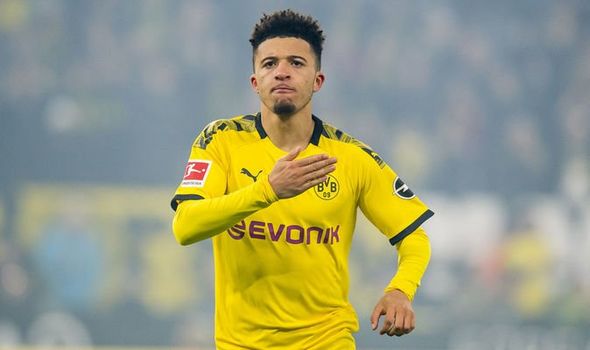 Borussia Dortmund are already looking at replacements for Jadon Sancho.