The 32-year-old attacker made 507 appearances for Spanish side Athletic Bilbao – the club renowned for only signing local Basque players.

A product of Bilbao’s academy, he went on to make 379 appearances for the side in Spain’s top flight, with 38 goals and 60 assists over 12 years.

Watch the Olyroos in the AFC U-23 Championship Quarter Finals LIVE on KAYO. New to Kayo? Get your 14-day free trial & start streaming instantly >

Adding to his extensive resume is over 60 appearances in European competition, including reaching the final of the Europa League in 2011-12.

He was also capped once for the Spanish national team, scoring in a 5-1 win over Panama. That lone appearance came in 2012 during Spain’s era of European and global dominance under coach Vicente Del Bosque.

Susaeta only departed Spain six months ago as he did not want to be forced to play against his former side.

“My dream has always been to be an Athletic ‘one club’ man, but circumstances have not helped,” he said in 2019.

After rejecting offers from multiple La Liga rivals, Susaeta was also approached by City as well as clubs from the MLS, before opting for a stint with Japanese heavyweights Gamba Osaka.

City’s Director of Football Michael Petrillo was ecstatic at the signing.

“Markel is a player that is well suited to the style of game we have implemented under Erick (Mombaerts) and a player who will add flair, potency and experience to our front third,” Petrillo said.

“We have been tracking Markel for quite some time now so to be able to get him into the squad is testament to the Club and its ability to attract a player of Markel’s pedigree.

“His outstanding record at Athletic Bilbao speaks for itself and his experience in La Liga and Europe, will lift the whole squad as we look to continue our push towards the latter stages of the season.”

BRING HARRY HOME: WHY VICTORY SHOULD – AND SHOULDN’T – MAKE KEWELL THEIR NEW COACH

‘CLEARLY ISSUES BEHIND THE SCENES’: IS THIS THE REAL REASON MELBOURNE AXED MARCO

Susaeta should be available for Saturday’s Round 15 clash with last-placed Newcastle Jets.

In a statement from the club, Susaeta said: “I’m excited to be joining Melbourne City for the rest of the season and can’t wait to get started in Australia.

“I’m hoping I can help the group play the exciting, attacking football the club prides itself on and achieve the success the group has set out at the start of the season.”

Man Utd star Marcus Rashford caught questioning Solskjaer on injury – 'Why did I come on?'

Liverpool fans in meltdown because of AFCON decision – 'Absolute joke'

Liverpool news: When did Liverpool last lose a game? 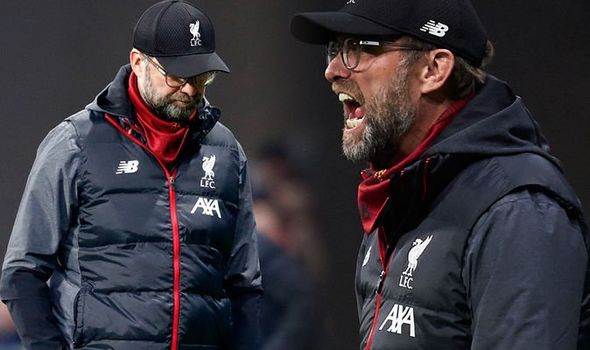 LIVERPOOL lost 1-0 away to Atletico Madrid on Tuesday as the first leg of the Champions League Round of 16 kicked off. But when was the last time Jurgen Klopp’s men were defeated in any competition?

Alvaro Morata still hasn’t woken up from his Chelsea nightmare.

The Atletico Madrid front man had the perfect opportunity to extend his side’s lead against Liverpool in the Champions League — only to slip at the last minute.

It’s an image all too familiar with Blues fans: Morata on the deck with his head in hands after missing a big-time chance.

And it appears the Atleti faithful are equally as familiar with the same kind of act.

Again, Morata was left with his backside planted on the Wanda Metropolitano Stadium turf as his wayward shot spooned-off into the air after missing a potential match-winning chance.

Morata or Bambi on ice?

With the home side 1-0 up, reigning European champions Liverpool were left frantically scrambling as left-back Lodi cut-back a dangerous cross to the unmarked Spaniard on the penalty spot.

With the goal gaping, Morata had enough time to take a touch and place his shot either side goalkeeper Alisson to undoubtedly secure a valuable first-leg win for his side.

The stage was set.

The headlines were already written.

The Premier League flop was about to enact revenge after a horror career in the English top-flight.

SHOULD CITY’S BAN WILL BE OVERTURNED? Wenger has told them to suck it up

But what actually occurred was something the striker (and any striker for that matter) will want to forget quickly.

As he went to take on the shot first time with his left boot, Morata’s right foot slipped from underneath him.

While simultaneously falling to the ground, his shot ricocheted off his other foot and the ball was sent high into the sky before being cleared by a Reds defender.

It was a familiar sight for Premier League fans watching around the globe: Morata on the deck with his head in hands after missing a big-time chance. 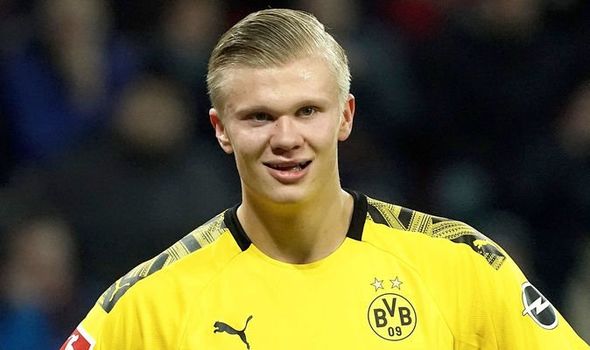 Erling Haaland was tipped to head to Manchester United before he opted to join Borussia Dortmund.

Liverpool news: When did Liverpool last lose a game?