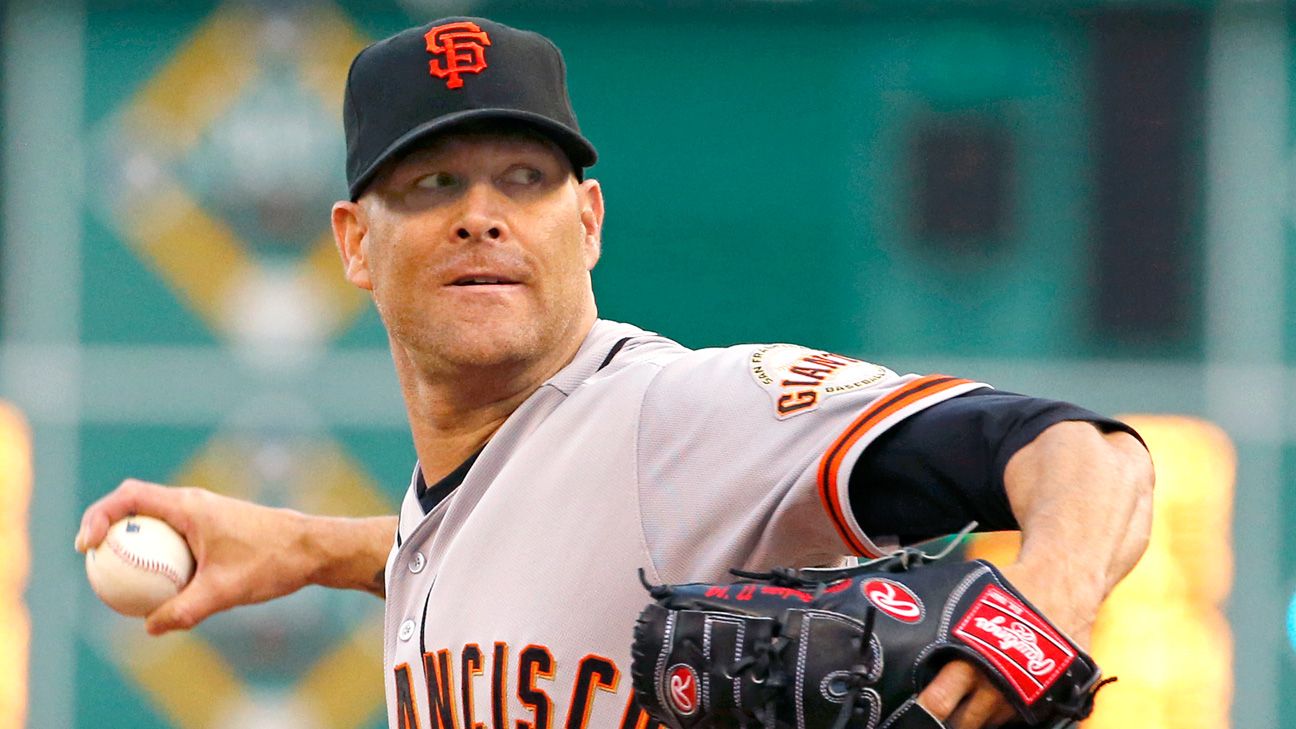 Former major league pitcher Tim Hudson has been named the pitching coach for the Auburn baseball team, it was announced Wednesday.

Hudson, a standout hitter and pitcher for the Tigers in 1997, compiled a 222-133 record with a 3.49 ERA and 2,080 strikeouts over 17 seasons with the Athletics, Braves and Giants. He was a four-time All-Star selection and won a World Series with San Francisco in 2014.

“Tim has already impacted Auburn baseball, Auburn University and our community enough to last a lifetime,” Auburn coach Butch Thompson said. “But amazing people always seem to have more to give, and that couldn’t be more true for Tim and Kim Hudson.

“I’ve never been more excited for our current pitchers and future recruits to be able to learn from one of the best competitors of all time,” Thompson added. “I believe Tim’s experience makes Auburn the premier pitching development experience in amateur baseball. Adding Tim to the mix with Chris Joyner, Anthony Sandersen and Blake Logan will form an elite group of teachers.”

“I appreciate Coach Thompson for giving me the opportunity to join the great coaching staff at Auburn baseball,” said Hudson, who replaces Steve Smith. “I’m thrilled to have the chance to work with these young men and help them build on a successful and memorable 2019 season.

“There’s no doubt that we have a great pitching staff, and I’ll do my best to get to know each of those pitchers to help them be as successful as they can be, both on and off the field. I’m excited about getting started, and I’m grateful for this chance to rejoin the Auburn baseball family. I can’t wait to put that Auburn uniform on again.”

CC Sabathia says Yankees were ‘cheated’ out of title in 2017 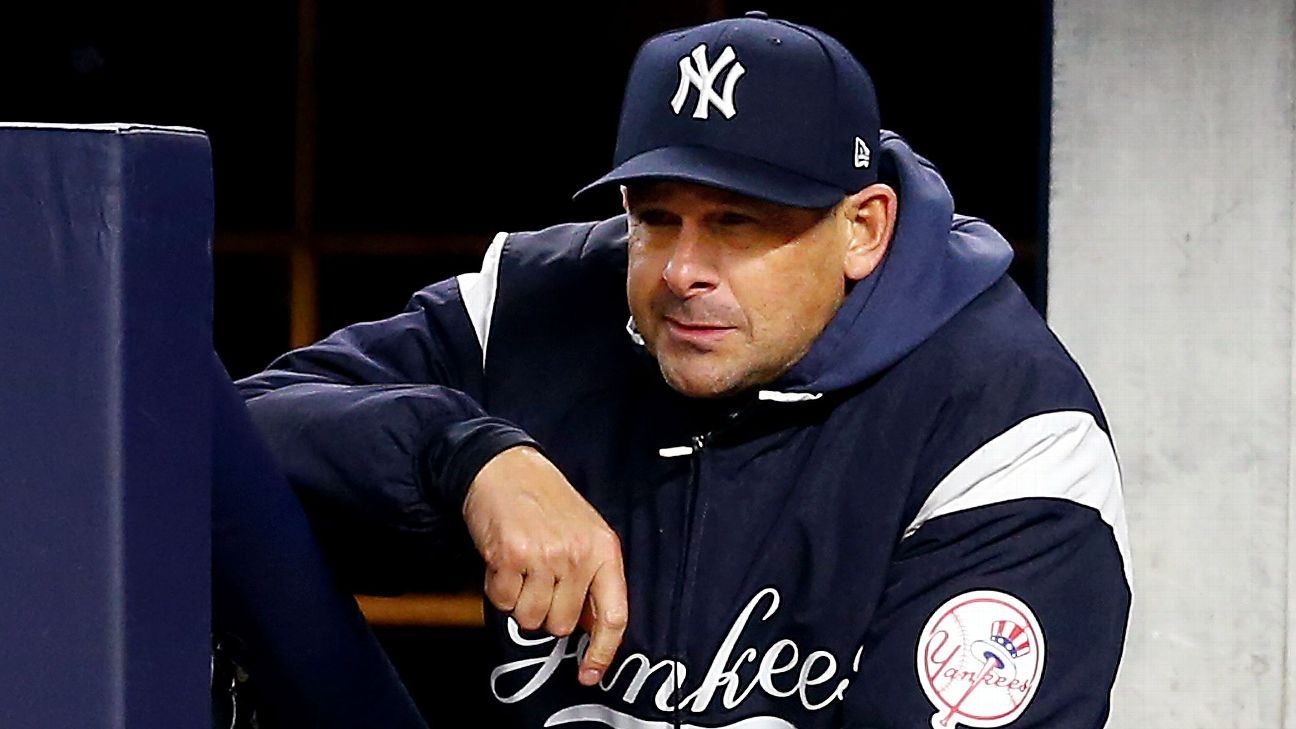 TAMPA, Fla. — On the other side of the state, Astros players remained under guard, cordoned away from reporters in advance of what is expected to be an orchestrated organizational message, in a first collective response to their sign-stealing scandal.

At Yankees camp, however, there are no signs of group-speak, no guardrails placed around the players in how they react to one of the most notorious episodes in baseball history.

Catcher Gary Sanchez cracked a joke here Wednesday related to the theory that the Astros used a buzzer system.

Luis Severino acknowledged that he has more context about his supposed pitch-tipping problem from a couple of years ago — maybe it wasn’t that — but said he doesn’t need any apologies from his Houston peers.

Earlier this week, Masahiro Tanaka said, in his usual understated manner, that, yes, he feels cheated out of the 2017 World Series.

And manager Aaron Boone admitted that while he has exchanged text messages with AJ Hinch, a longtime friend and the former Astros manager, he’s not sure whether he’s ready to go beyond that yet.

Boone sees all of this as healthy, that it’s a good thing that players are expressing their feelings about how they may have been impacted by the Astros’ illicit sign stealing. When news of it broke, he said, he shared raw text messages and conversations with players. “The range of emotions is huge — mad, frustrated, disappointed,” he said.

At some point, Boone said, it’ll be time for all of them to move on, to set that conversation about the Astros aside and focus on the 2020 season. “Some guys will want to talk about it and give you [reporters] a lot,” he said. “Some guys have already moved on.”

Surrounded by a horseshoe of reporters, Sanchez was asked about Jose Altuve‘s game-winning home run to clinch the 2019 American League Championship Series against the Yankees and the viral video of Altuve clutching his uniform top and screaming at teammates not to tear off his jersey. Questions have been raised on social media about whether this was because Altuve was wearing some kind of wiring related to sign stealing.

“I can tell you if I hit a homer,” Sanchez said through his interpreter, “and I get my team to the World Series, they can rip off my pants. They can rip everything off.”

Boone addressed Hinch’s interview with MLB Network last week, and Hinch’s stilted, lawyerly answer to a question about whether the Astros used a buzzer system.

Rather than say yes or no, Hinch referred to the commissioner’s investigation and said he believed the finding that there was no evidence of buzzers.

Boone acknowledged that he’s not fully convinced that the Astros weren’t wearing buzzers. “That’s certainly one of those great unknowns,” Boone said. “Certainly I’ve spent time, as I’m sure a lot of people have, wondering all the things that could have potentially been going on… I’ve spent time wondering, and we’ll probably never know for sure.”

Hinch responded to Boone’s comments on Wednesday night, releasing a statement to Sports Illustrated that read, in part: “To be clear, I have never seen any such device used in baseball. I am not aware of any such device existing or being utilized with the Astros, the players, or any other team. I was first asked about such devices during the investigation by MLB. In my interview with Tom (Verducci), I acknowledged the commissioner’s report as evidence due to the in-depth nature of the investigation, not as an intended non-answer or a way to elude the question.”

The Yankees went into that playoff assuming the worst about the Astros and their sign stealing, arming their pitchers with a computer-generated system of signs. “Nobody was stealing our signs,” said one staffer.

But during the series, the Yankees became aware of whistling from the Astros’ side of the field, bringing it to the attention of the umpires. In a news conference before Game 4, Hinch mocked the Yankees for their concerns. “Man, I’m glad you asked that question,” Hinch said, “and I thought it would come up today. And we talked about this the other day. And, in reality, it’s a joke.”

He added: “When I get contacted about some questions about whistling, it made me laugh because it’s ridiculous. And had I known that it would take something like that to set off the Yankees, or any other team, we would have practiced it in spring training. … It apparently works, even when it doesn’t happen.”

Since then, Mike Fiers revealed to The Athletic that the Astros systematically stole signs using fixed cameras. Hinch was found to have knowledge of that system and was suspended for the 2020 season by Major League Baseball and fired by the Astros. Shortly after Hinch was fired, Boone sent Hinch a text; Hinch responded immediately with a text, but they have not spoken. “At some point,” said Boone, “I just haven’t been ready to go there.”

Boone also worked at ESPN alongside Alex Cora, who was the bench coach of the 2017 Astros and then the manager of the 2018 Boston Red Sox, who knocked Boone’s Yankees out of the playoffs. The commissioner’s office is currently investigating the ’18 Red Sox for sign stealing, and Cora was fired as Boston manager. Carlos Beltran, a special assistant in the Yankees organization in Boone’s time as manager, was hired as Mets manager before he was implicated in the Houston scandal — and then let go by the Mets.

Boone paused for a few seconds when he was asked about the state of those friendships. “Look, those are guys I still consider to be friends,” he said. “I’ve struggled to make sense of it.

“Hopefully I treat people with grace. But it’s been a little bit of a struggle for me.”

NEW YORK — Major League Baseball went ahead with its planned rules changes for this season, including the requirement a pitcher must face at least three batters or end the half-inning, unless he is hurt.

The changes were agreed to by MLB and the players’ association last March 8, subject to the study of a joint committee. The three-batter minimum will start in spring training games on March 12.

There were 2,162 pitching appearances of three batters or fewer last year, according to the Elias Sports Bureau, but 1,471 of them finished with the end of a half-inning or a game.

Two-way players who have at least 20 innings pitched or 20 games started at a position or designated hitter with at least three plate appearances in the previous season may pitch without counting against that game’s pitcher limit. For this year, a player can use 2018 or 2019 to meet the requirement.

What had been a 26th player for certain day-night doubleheaders through Aug. 31 will become a 27th player in those situations, and that player won’t count against the pitcher limit.

Position players are prohibited from pitching through the ninth inning unless the player’s team is winning or losing by six or more runs when he takes the mound.

The injured list and option recall minimum period for pitchers will increase from 10 days to 15, an effort to slow the use of relievers by teams who shuttle off pitchers between the majors and minors. There still is a seven-day concussion IL.

Managers’ time to challenge a play with a video review has been cut from 30 seconds to 20.

MLB did not say whether it was going ahead with its right to cut between-innings breaks from 2 minutes to 1:55. 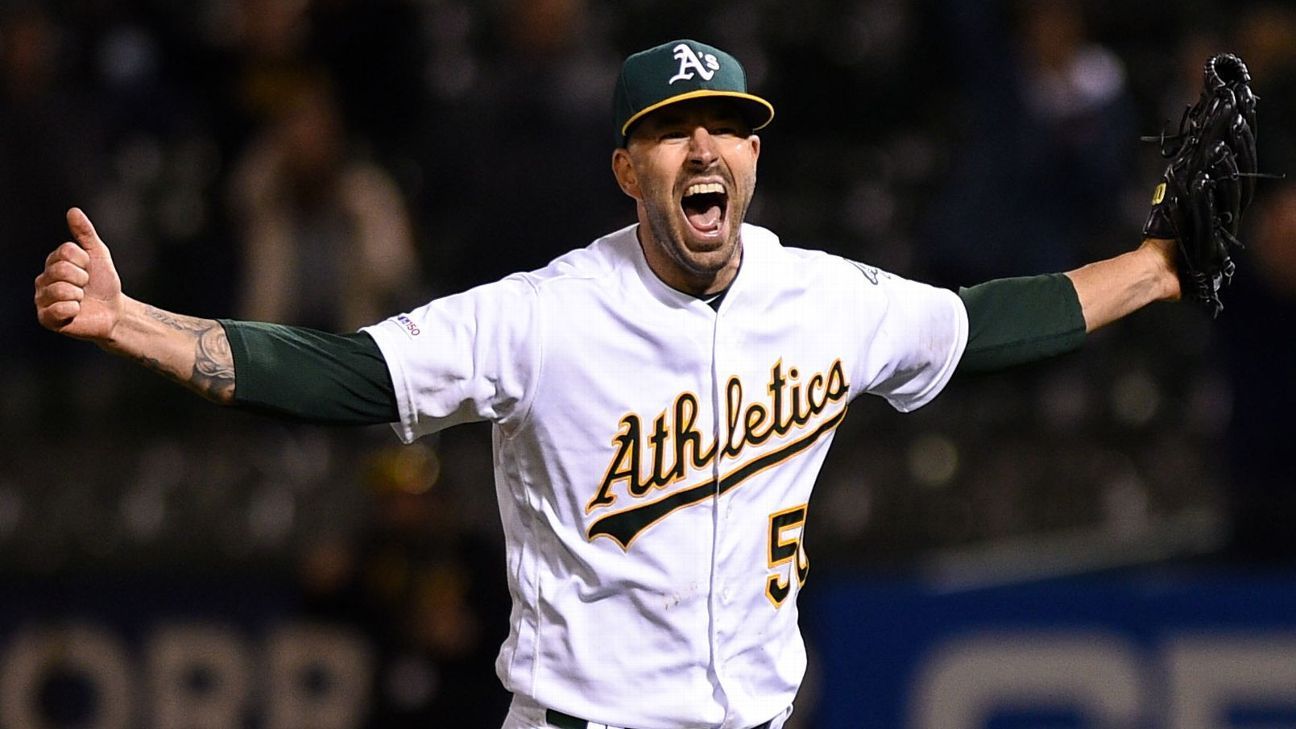 “MLB does a great job of monitoring these things, but it’s very difficult if a team calls in and complains about something, they can only do so much,” Melvin told the newspaper. “It took a player and a player who was on that team to put it over the top. And I think MLB is handling it very well right now.”

Fiers, who now pitches for the A’s, made it clear he is moving forward after he told The Athletic in November that his former Houston team had stolen signs using a video camera in center field during the Astros’ 2017 run to the World Series title.

“Right now I want to focus on this team and not the past,” said Fiers, who has declined to speak in detail about the scheme or his decision to go public.

“I’m glad we’re at this point right now, and obviously Mike had a lot to do with that,” Melvin told reporters Wednesday as pitchers and catchers held their first spring workout. “The game’s better for it from this point going forward. I think it’s all about moving past right now and getting through a lot of the issues that you saw. It’s supposed to be an equal playing field, and it wasn’t.”

Six to watch as the Sheffield Shield resumes