Manchester United would have to fork out just £5million (A$9.5m) to sack Ole Gunnar Solskjaer, it can be revealed.

The Norwegian chief has been under huge pressure to save his job over the past few weeks after a season of mixed results.

PL TRANSFER CENTRE: Every done deal so far from the January window

He earned a reprieve at the weekend after an impressive 4-0 win at home to bottom of the Premier League Norwich.

United are adamant there is a long-term plan in place, with Solskjaer at the helm, to guide them back to the top.

It is understood the Glazers family are happy to be patient and supportive with youngsters coming through.

But that could change if the Red Devils continue their mixed results, and do not get back into the Champions League.

SIMON HILL: Why the A-League isn’t ready for a winter switch

It is believed it would cost the owners around £5m ($9.5m) if they wanted to sack him early in the coming few weeks.

And the Old Trafford bean counters will be watching every penny as they are now aware they could soon be trailing rivals Liverpool and Man City in the revenue stakes as well as on the pitch.

Solskjaer earns a £5m-a-year ($9.5m) basic wage at Old Trafford before extra bonuses and he was happy to agree a year’s severance.

FIFTEEN KIDS AND A $45M JET: The billionaire concrete magnate who wants to rescue Arsenal

Meanwhile, Solskjaer took a swipe at rivals Liverpool after his young guns demolished Norwich on Saturday.

He put the inconsistencies of the team down to his youthful squad, accusing others of not giving them the same treatment as Liverpool.

Who will be champions? Who will finish in the top four? Relegations candidates? Golden boot?

As we geared up for the return of the Premier League last weekend, pundits, ex-pros and journalists from all over the world were pencilling in their predictions to questions just like these.

Nearly everyone picked either Manchester City or Liverpool to be crowned champions, with Chelsea and Manchester United the most popular picks to fill the all-important Champions League places behind them.

But after a crazy, landscape-altering 28 hours in the Premier League, those predictions will now need to be changed.

On Saturday morning at 12.56am (AEST) Liverpool’s official Twitter account finally confirmed the news that Bayern Munich’s Thiago Alcantara would be joining the club in a bargain £20m deal, with just £5m of it paid up front.

The midfielder, who pulled all the strings behind Bayern’s ruthless attack, played a huge part in orchestrating the downfall of the likes of Barcelona, Lyon and PSG to crown the German giants Kings of Europe again. And at only 29 years old, he still has plenty to give.

Liverpool had only signed a back-up left-back to Andrew Robertson during this window before then, but this was a real statement from the newly-crowned champions. They already had the best team in the country, and now it’s even better.

It is probably the best-fitting transfer of the window so far, too. A player who can put the ball anywhere he likes conducting the triumvirate of Mohamed Salah, Sadio Mane and Roberto Firmino in front of him. There are a number of teams whose longest period in possession of the football against Liverpool will now be when they are retrieving it from the back of their own net.

The Reds then followed it up with the extremely swift signing of Diogo Jota from Wolves for £41m, but with only £4m going to the midlands club up front, with just a further £1m required by the end of the year.

The way in which both of these deals have been pulled off certainly puts Manchester United’s three-month quibbling with Borussia Dortmund for the purchase of Jadon Sancho to shame and has already caused some to alter those pre-season title-winners predictions from City to Liverpool.

Then, 26 hours later at 3am (AEST), Tottenham Hotspur’s official Twitter account confirmed that Gareth Bale had completed his highly anticipated return to the Premier League and the club who sold him as the most expensive player in the world seven years earlier.

Again, for a player of Bale’s stature, it was a bargain. Spurs are reportedly paying just half of his £600,000-a-week wages, with Real Madrid covering the rest for a player who is more than capable of still winning matches on his own.

And with him on his private plane from Madrid comes the highly-rated left-back – who some claim to have been the best in LaLiga last year while on loan at Sevilla – Sergio Reguillon, another player Manchester United were unable to secure a deal for in the days before Spurs opened talks.

All of a sudden those pre-season top-four predictions are starting to be changed too, with Spurs’ name being scribbled over Manchester United’s for the fourth Champions League spot.

And that’s because of what happened just an hour and 46 minutes after the Bale announcement, when Manchester United’s official Twitter account tweeted the end of their first game of the season, a torrid, helpless 3-1 defeat to relegation-fancied (according to some of those predictions) Crystal Palace.

Ole Gunnar Solskjaer’s team may have been unfortunate that David De Gea’s penalty save was ruled illegal, prompting a retake, but they didn’t deserve anything from their first game of the season.

The need for new signings was obvious but unless Sancho can play at centre-back, he shouldn’t be the priority at the moment.

Harry Maguire and Victor Lindelof looked helpless, while Manchester United’s right flank was made up of Timothy Fosu-Mensah and Daniel James. It’s hardly a team that appears fit for another top-four assault, let alone a title tilt, even at this early stage.

Solskjaer’s tactics were a concern too, with the problem remaining that United struggle to attack teams that let them have the ball for large periods of the game. If he doesn’t receive the signings he needs, he could be in danger of not seeing out the season.

United need another centre back, a left back and a right winger before they are in a position to challenge again. Until then, feel free to write your new predictions in pen, because things don’t look like they are going to change too much otherwise. 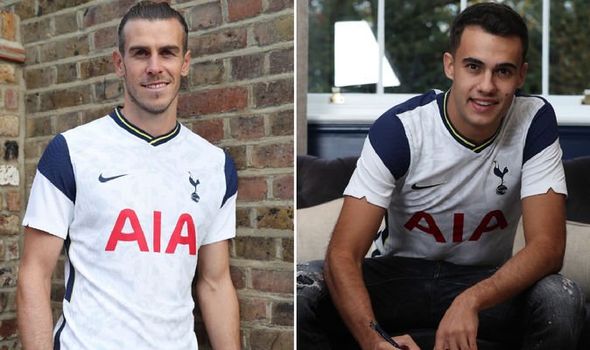 Tottenham have confirmed the signings of Gareth Bale and Sergio Reguilon from Real Madrid. 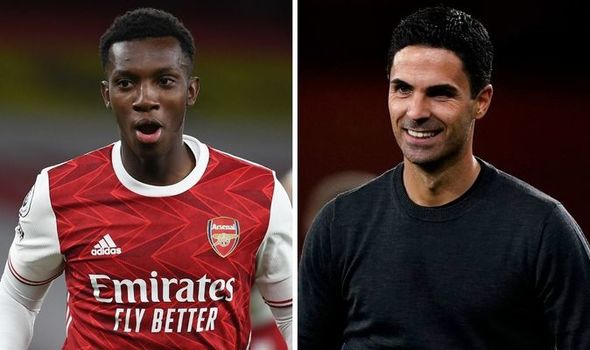 Arsenal left it late to pick up all three points against West Ham.