The January sales are well underway, yet Premier League clubs are still browsing in the market.

With the winter transfer window over a week old, signings are beginning to fall into place.

But still there are deals not yet over the line as clubs look to bolster their squad midway through the campaign.

The Tottenham playmaker has been pursued by the likes of Manchester United, Real Madrid and Juventus with Eriksen available on a free transfer in the summer.

But Spurs are desperate to flog the Dane this month and avoid losing him for nothing at the end of the season.

It leaves Serie A giants Inter leading the race, with Antonio Conte’s side ready to stump up the cash to sign the 27-year-old right now.

The player’s agent has already met with the Italian giants in Milan – who offered Eriksen a four-year deal – with Spurs set to receive a £17m bid for the midfielder.

United are desperately in the market for a midfielder after injuries to Paul Pogba and Scott McTominay.

Old Trafford bosses were put off signing Sporting Lisbon captain Fernandes in the summer after being quoted a £60m price tag.

But is claimed United boss Ole Gunnar Solskjaer went to watch him play against Porto recently and is prepared to offer Sporting £55m plus players to sweeten the deal.

After failing to sign the midfielder in the summer Fernandes signed a new contract with an £85m release clause, meaning United face a battle to agree a reasonable transfer fee.

Chelsea boss Frank Lampard has admitted experienced Frenchman Giroud has been in contact with Inter as reports even claim the striker has agreed a deal to link back up with ex-Blues boss Conte.

But Lampard said the 33-year-old – who has been frozen out of the Chelsea side for Tammy Abraham and Batshuayi – can only leave if the deal makes sense for the club.

Giroud is available on a free next summer so Inter are pushing for a cut-price deal, not willing to pay over £5m.

But it is claimed Chelsea will hold out for £8.5m as they prepare to let Giroud go this month, with the forward also being offered an escape by Lyon.

Arsenal boss Mikel Arteta admitted the club are in for a defender, with an injury to Calum Chambers and a loss of faith in German Shkodran Mustafi.

RB Leipzig centre-back Upamecano is the Gunners top target, after the club failed with a £40m bid in the summer.

But it is claimed Emirates bosses will go all out for the 20-year-old this month with a £50m offer being lined up.

Leipzig lead the Bundesliga currently, so will only let the defender go if their transfer valuation is met – something the Gunners are also waiting to find out.

Young Dutchman Chong has just six months left on his Old Trafford deal, and Italian champions Juventus are preparing to offer the winger a £35,000-a-week contract and a mega £2m signing on bonus.

The deal will be similar to when Juve poached a young Pogba in 2012 after the midfielder ran down his Old Trafford deal and fell out with Sir Alex Ferguson.

Chong could complete the transfer this month, before leaving for Turin in the summer, despite United pushing to tie down the forward.

The 20-year-old has only made nine appearances this season, and wants to seek more regular first-team football.

After hitman Harry Kane was ruled out until April with a hamstring injury, Spurs were left scrambling for a goalscorer.

With Jose Mourinho not wanting to blow all his spending money on a replacement striker he landed at AC Milan forward Piatek as his No1 target.

Piatek joined AC Milan from Genoa for £30m in January last year after scoring 13 goals in his 19 games for them following a £3m move from Cracovia.

Inter are seriously looking to take on experienced talent at a bargain price as Young, like Giroud and Eriksen, has already spoken to the San Siro club over a move.

But United desperately want to hold on to their skipper and offered him a one-year extension.

Young, though, rejected the contract approach as he wants to link up with ex-Old Trafford forwards Alexis Sanchez and Romelu Lukaku under ex-Chelsea boss Conte.

The Serie A giants could agree a pre-contract with the United captain this month, but it is understood the Premier League side will not let him leave on a free in the summer and could negotiate a transfer fee with Inter. 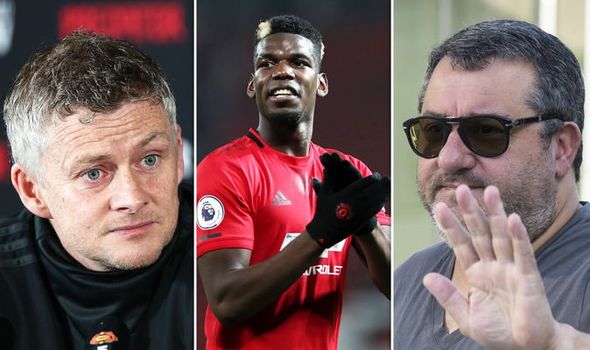 Former Arsenal manager Arsene Wenger says he has little sympathy for Manchester City over their ban from European competition, especially as he regularly lost some of his best players to their wealthy Premier League rivals.

“The rules are what they are and people who don’t respect them… have to be punished,” said Wenger at the Laureus World Sports Awards in Berlin.

PEP: I will stay at City — ‘Even if they put us in League Two’

City ban should be overturned

“If it is proven that this has been done on purpose, you cannot let that go unpunished.”

On Friday, UEFA announced City had been banned from continental competition for two seasons for what the body said were “serious” financial fair-play breaches between 2012 and 2016.

City were also fined 30 million euros (A$48.5m) and are taking the matter to the Court of Arbitration for Sport (CAS).

But Manchester United great Gary Neville believes the Citizens will win their appeal against UEFA’s decision to ban the club from the Champions League and labelled the governing body “a hopeless organisation”.

“If owners sign up to contracts or allow contracts to be signed under their ownership, they should have money in place to fulfil those contracts and I think Man City’s owners have got that,” Neville told Sky Sports.

“The idea that City are not able to invest the money of the ownership I disagree with, I’ve always felt FFP is the wrong way to apply the financial rules. I think City will beat UEFA, they’re a hopeless organisation.”

Since the Sheikh Mansour takeover in 2008, which put the financial might of Abu Dhabi behind them, City have won 10 major trophies — including four Premier League titles.

The 70-year-old Wenger managed the north London side from 1996 until 2018 and saw a steady stream of his best squad members snapped up by City.

“They bought all my players,” he joked in Berlin.

During his tenure, Wenger saw individuals like Kolo Toure, Emmanuel Adebayor (both in 2009), Gael Clichy, Samir Nasri (both 2011) and Bacary Sagna (in 2014) leave for the Etihad Stadium.

However, he drew the line at suggestions City should be stripped of some titles as the result of the financial fair-play breaches.

“I don’t know the rules well enough to see what kind of punishment there are when rules have not been respected,” Wenger added.

The Frenchman also criticised the growing gap between Europe’s richest clubs and those financially worse off.

“Historically, the richest clubs always win the trophies,” he added.

“This trend has become stronger.

“The best teams become richer and the difference to the smaller teams has become bigger.”