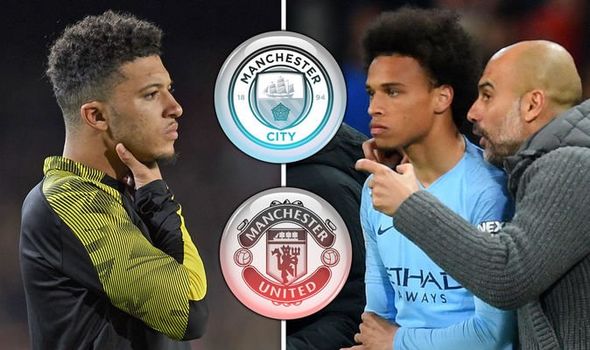 Manchester United want to sign Jadon Sancho in the January transfer window but will now be rivalled by Manchester City.

With the A-League season having reached its midpoint, Sydney FC is running away with the Premiership on the back of consistently exceptional performances from a host of Sky Blue stars.

But there have been plenty of other individuals making their mark on the competition. So which players are worthy of a spot in the team of the season so far?

We asked Fox Football experts Simon Hill and Daniel Garb to name their best XIs – and they ended up with pretty similar line-ups! Here’s how it went down on the Fox Football Podcast.

Daniel Garb went first, opting for an aggressive 4-3-3 formation without a genuine holding midfielder. But there’s no shortage of creativity in attack!

In goals, Garb chose Daniel Lopar of Western Sydney Wanderers. The 34-year-old Swiss gloveman has been a standout for the Wanderers, keeping them in a number of matches on the strength of his individual performances.

But he admitted it was a tough choice.

“The keepers have been pretty even this season!

“(Stefan) Marinovic (of Wellington Phoenix) probably has claims for that, so does Redmayne (Andrew, of Sydney FC).”

Duke: Players to blame too

Harrison Delbridge is a controversial choice in the heart of defence, given the Melbourne City man has already received two red cards this campaign!

Garb chose him to partner Steven Taylor of Wellington, the former Newcastle United man having played every minute of the season in central defence – and as captain.

A young gun got the nod at left back: 19-year-old Liberato Cacace (also of Wellington). This has been something of a breakout season for Cacace, highlighted by a brilliant individual run and goal to bury Western Sydney in Round 14.

Sydney’s Kosta Barbarouses with five assists is a solid option, while the other two nearly pick themselves: Sydney’s Adam le Fondre and Melbourne City’s Jamie Maclaren. With 13 goals apiece, the two clinical forwards are four goals clear of their competition in the race for the golden boot.

Simon Hill’s team was surprisingly similar – given the pair prepared their teams separately. But Hill opted for a 4-4-2 formation with a diamond midfield.

In goals, Daniel Lopar of WSW also got the nod.

Right back was Sydney’s Rhyan Grant, while City’s Harrison Delbridge was another man to make both Garby’s and Hill’s teams.

The one change in the defensive bloc is Ryan McGowan, the Sydney centre-back replacing Wellington’s Steven Taylor.

Hill said “I could have put Alex Wilkinson in there quite easily. Those two have been terrific for Sydney.”

At the base of the midfield diamond, Hill has selected Louis D’Arrigo, Adelaide’s 18-year-old. Hill said “I think he’s been tremendous”, and he’ll find no argument from us.

On either side of D’Arrigo, Hill selected Alessandro Diamanti (Western United) and Riley McGree (Adelaide) – another duo also chosen by Garb.

The final midfielder in Hill’s quartet is Ulises Davila, who will occupy the number 10 position at the top of the diamond.

And up front, it’s a similar story to Garb: Jamie Maclaren of City alongside Adam le Fondre of Sydney.

So only two differences between their respective teams of the season so far! Garb opted for Taylor in central defence, while Hill went for McGowan.

And Garby’s attacking mindset meant Barbarouses was selected in the frontline, while Hill opted for a holding midfielder in D’Arrigo.

Kompany berates his own fans

There were plenty of players who were unlucky to miss out, like Perth’s Diego Castro – leading the assist charts with six to date.

We’d love to know who makes your team of the season so far. Join the conversation in our Fox Football social media pages! 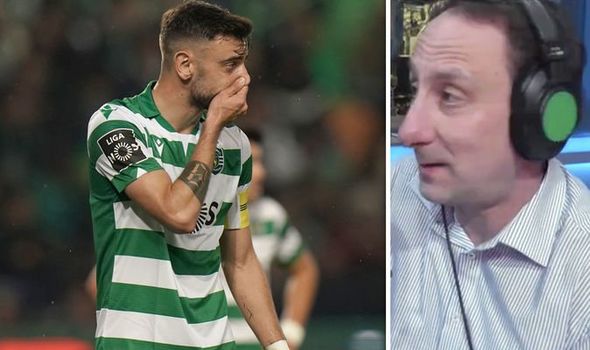 Manchester United are yet to sign any players during the January transfer window.

Matildas coach Ante Milicic faces a concerning preparation for the Olympic qualifiers in China in a fortnight, with the FFA closely monitoring an outbreak of a suspected coronavirus in Wuhan.

Australian health authorities are targeting flights from the Chinese province to Sydney to stop the deadly virus entering the country.

A Brisbane man was quarantined in Australia on Tuesday after a recent trip to China. The virus originated in animals and can be spread from person to person.

The Matildas are scheduled to arrive in Wuhan next week for three games, but Milicic says he trusts the people making the decisions will not jeopardise the health and safety of his players.

Watch the Olyroos in the AFC U-23 Championship Semi-Finals LIVE on KAYO. New to Kayo? Get your 14-day free trial & start streaming instantly >

GARY NEVILLE: Heads need to roll at Man United — but it shouldn’t be Ole’s

Team doctor Dr James Ilic is following the situation in depth and will update the playing group and staff as needed, while correspondence flies between the squad, the FFA and relevant health authorities.

“I’ve got full confidence in the people that will be making these decisions,” Milicic said on Tuesday.

“We’re just really trying to focus on the football and trust that the appropriate steps have been put in place.”

In the meantime, Milicic is trying to maintain business as usual for the Matildas during their week-long camp in Sydney as they prepare for to try and qualify for the 2020 Olympics in Tokyo.

“We keep the focus on the football, that’s all I can control,” he said. “Those things are out of our control in many respects because decisions will be made based on the safety of the playing group and all the staff, so we just focus on what we can do.

“Training has been great for the first few days.”

His approach appears to be working.

Vice-captain Steph Catley said she was not completely across the situation in Wuhan, but trusts staff not to put the team in danger.

“They’re going to be monitoring it and I’m sure that if it does get to that point then obviously life comes first, but if we’re over there and we’re safe, then it’s obviously all about football,” the 25-year-old said.

Catley was a part of the team knocked out of the Rio Olympics by Brazil in a penalty shootout in 2016, and said the devastating loss still forms part of the narrative of this year’s build up.

“This is obviously the same tournament and those feelings do come back when you think about the Olympics and how disappointing that was.

“That was a long time ago, so it’s quite different, but the feelings are still there.”

The Matildas are scheduled to play Taiwan on February 3, Thailand on February 6 and China three days later.