The 20-year-old was brought off the bench for Bayern in a 6-1 Bundesliga victory over Werder Bremen, his first appearance in Germany’s top flight.

The attacking midfielder rose through the ranks at Wellington Phoenix, making his A-League debut in 2017 and going on to make 40 A-League and FFA Cup appearances for the Nix.

He notched five goals and eight assists in the 2018/19 season, firmly establishing himself as one of New Zealand’s brightest stars – and indeed, one of the breakout stars of the A-League.

A call-up to the New Zealand National team, the All Whites, came in early 2018. Six appearances and one goal later, he is locked in as a long-term fixture of the squad.

Then came the dream move to Bayern Munich, for which the Nix pocketed around three quarters of a million dollars.

Just five days after his transfer was announced on July 1 of this year, Singh made his debut for the Bayern reserve side – Bayern Munich II – and notched an assist in a 2-1 win.

Few expected him to feature for the senior squad this campaign, but then-coach Niko Kovac took him along on their pre-season tour. He debuted in a 2-1 defeat to Arsenal in the International Champions Cup, playing the second half. More minutes came against Real Madrid and AC Milan in the pre-season friendly competition. Then, on the 31st of July, he got his first start and played 90 minutes as Bayern lost to Spurs.

It had been less than a month, and Singh had already impressed the manager. On August 3 he was called up to the senior squad for a competitive clash – a 2-0 loss to rivals Dortmund in the Supercup, but he was left on the bench.

He returned to the reserve team, where he has now made 14 appearances in Germany’s third division, scoring four times and assisting seven more.

When head coach Kovac was sacked, interim manager Hans-Dieter Flick invited Singh to train with the senior squad during an international break. Again he impressed.

Then, less than six months after joining one of the biggest clubs in world football, Singh made his senior competitive appearance.

With Bayern 6-1 up against Werder Bremen, Singh was substituted on for hat-trick hero Philippe Coutinho.

He played the final eight minutes and won a corner – but hopefully it’s just the start for our A-League product. PL’S FASTEST PLAYERS OF THE SEASON SO FAR REVEALED – AND IT’S NOT WHO YOU’D THINK!

OFTEN PAINTED AS IMMATURE, LINGARD’S PROBLEMS AT HOME SHOW HE IS ANYTHING BUT

‘NOT SURE HOW THAT’S A STRAIGHT RED’: WILD STUDS-T0-FACE TACKLE SPARKS DEBATE

Jadon Sancho has reportedly joined a Manchester United WhatsApp group – but is still waiting for his transfer paperwork to be delivered.

The Borussia Dortmund winger, 20, is expected to make his switch back to England this summer in a record-breaking deal.

Manchester United are closing in on a £108million move which would make him the Premier League’s most expensive player.

But while personal terms are thought to be agreed for a four-year, £220,000-a-week contract, the final formalities between United and Dortmund need ironing out before anything is signed.

Messi robbed by the VAR?!

Dortmund were hoping to get it all sorted one way or another by Monday when they head off for pre-season but that United look unlikely to meet that deadline.

Even so, according to transfer expert Ian McGarry, Sancho has been added into a players’ chat with some of the Red Devils stars.

Speaking on The Transfer Window Podcast, he said: “Manchester United are comfortable at this moment in time that they’re not in any competition for the signature of Jadon Sancho.

“They don’t believe they’re going to be gazumped any no other club because no other club has expressed the same level of interest.

“He has been in constant touch with England international colleagues who currently play for Manchester United and indeed in daily contact with them.

“It’s even believed he’s on a WhatsApp group with some of the Manchester United players as well.

“Therefore United are very comfortable with their position, they believe that Dortmund will come round to the structure that they’ve suggested.”

Leeds United are eyeing up a £15million move for Liverpool winger Harry Wilson – but face competition from Aston Villa and Newcastle United.

The 23-year-old has returned to Anfield after a season’s loan at Bournemouth but faces a fight to break into Jurgen Klopp’s title-winning team, despite finishing the season as the Cherries’ second top scorer.

Wilson made a sensational start at the Vitality Stadium, scoring in each of his first two games for his new club and by the end of November he had scored six goals in 13 Premier League games, to make him one of the most prolific wingers in the country.

However as Bournemouth’s form dipped alarmingly, Wilson became more and more of a peripheral figure and he only scored one more goal all season.

Now Leeds boss Marcelo Bielsa wants the Kop kid to show he is capable of more and wants him to strengthen Leeds squad now they are back in the big time.

Liverpool hold all the aces but know they will struggle to find a buyer at the £30m they were asking for Wilson last summer, following brilliant loan spells with Hull City and Derby County.

Leeds could chance their luck with an offer around half that but with Wilson contracted to the Anfield club until 2023, Klopp may decide to see how the winger fares on loan again.

Lucas Torreira has fuelled rumours of his potential summer departure from Arsenal in an interview in Uruguay.

The out-of-favour Gunners star claims he will respect his contract but reckons a move “will be for the best”.

Speaking to Sport 890 in his homeland, Torreira said: “Today I need to think about my future very well.

“I have a contract with the club and I have to respect it, obviously if I have to leave it will be for the best.

“We have to be calm and wait.”

The Telegraph claim Milan, who finished sixth in Italy’s top football league, are leading the race for the Uruguayan’s signature should Arsenal opt to sell.

Reports suggest that Gunners boss Mikel Arteta could be willing to allow the Uruguay star to leave the Emirates for pastures new.

The midfield is an area the FA Cup winners are keen to strengthen ahead of next season, with Atletico Madrid’s Thomas Partey their top target. 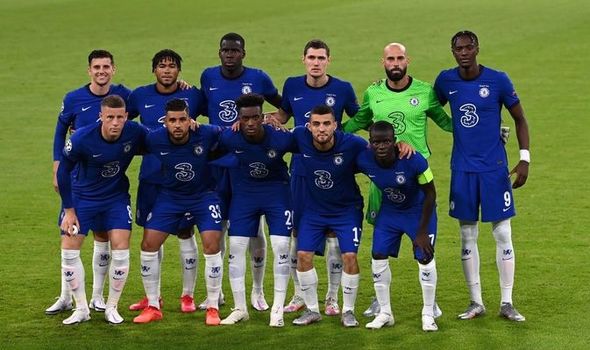 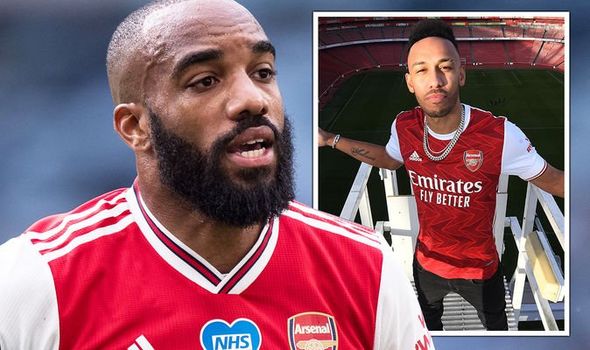 NFL training camp 2020 – Larry Fitzgerald still has it, while Browns and Lions get key weapons back

England are lucky to have Chris Woakes