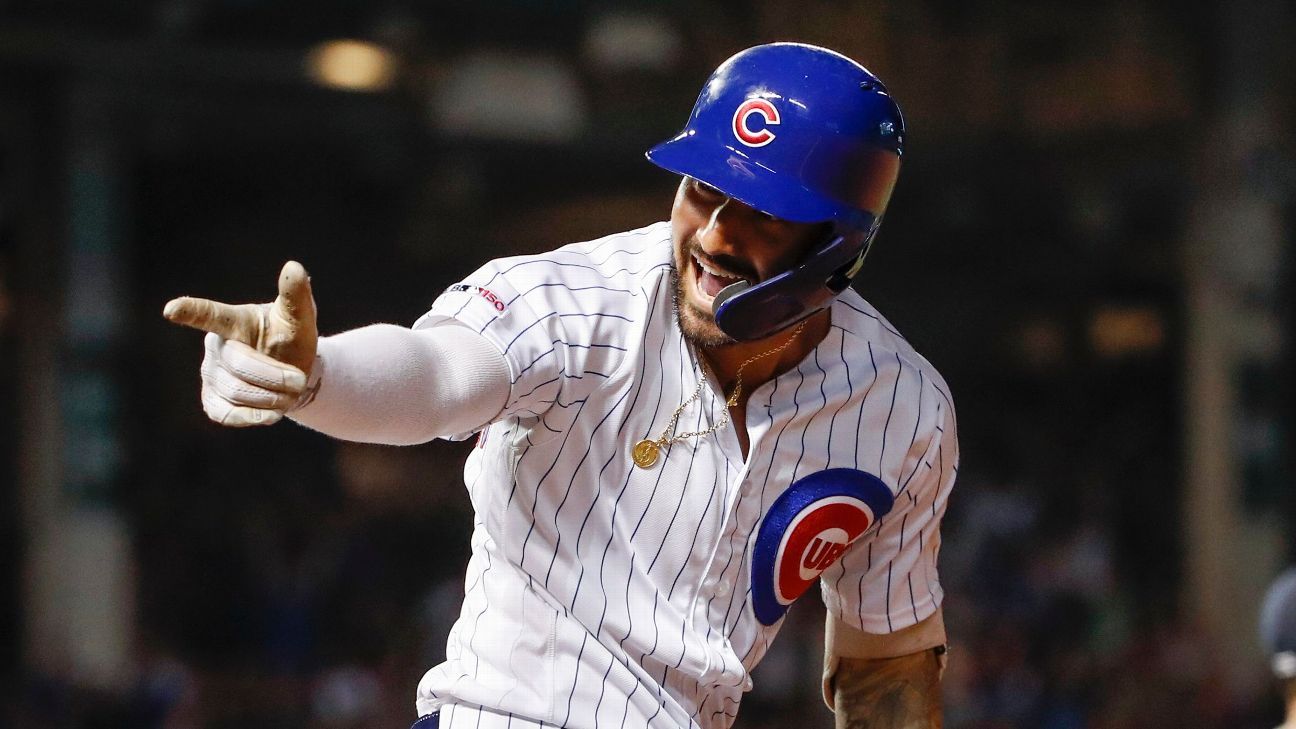 Maybe nobody digs the long ball now that everybody is hitting the long ball. Just five of the 135 hitters who qualified for the batting title in 2019 hit fewer than 10 runs. Five years ago, that number was 43. Home runs are cheap and plentiful, and in a world in which front offices are looking for versatile, well-rounded players, the offense-only sluggers have had a harder time getting attention in free agency.

But even if the $100 million contract for any random slugger is dead, there are always teams that need to add offense. Unlike in past years, some of the players in this category might actually be undervalued by the market during a winter in which pitchers are getting paid. Here are five teams that should pay to add some punch to their lineups.

Gerrit Cole strikes out 10 in Yankees’ victory over Rays, but ace fails to win 20th regular-season game in row 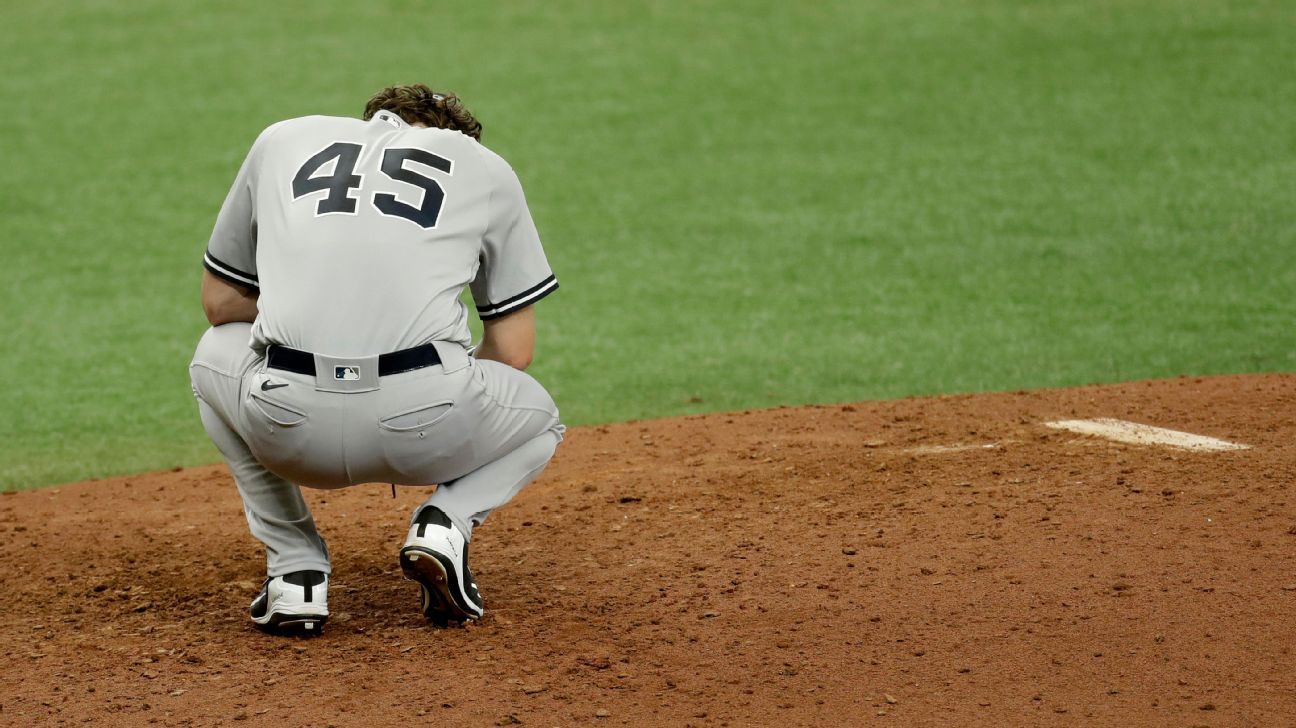 ST. PETERSBURG, Fla. — Gerrit Cole came within one strike of earning his 20th straight regular-season win before getting pulled, and the New York Yankees beat the Tampa Bay Rays 8-4 Saturday in the opener of a seven-inning doubleheader.

Cole, who had won his first three starts since signing a $324 million, nine-year contract in the offseason, took a 5-0 lead into the fifth. With two outs and a runner on, Cole had a 1-2 count on Ji-Man Choi, who came back to hit an RBI double.

Jose Martinez followed with a two-run homer on the 107th pitch from a clearly tiring Cole. The ace stared in disbelief and went into a squat as Martinez’s drive left the ballpark.

“Obviously pitch count got up there,” Cole said. “I wasn’t able to finish the outing the way we wanted to. They just ran the count.”

Soon after Yankees manager Aaron Boone took a slow walk to the mound to replace Cole with Chad Green (2-0), who got the win after allowing one run over 1 1/3 innings.

“He was really good,” Boone said of Cole. “Credit to them, they made him work. A couple mistakes there at the end cost him.”

Cole was bidding to tie Roger Clemens, Jake Arrieta and Rube Marquard for the third-longest streak ever. Hall of Famer Carl Hubbell leads the list with 24 in a row, followed by Roy Face with 22.

Cole struck out 10, walked one and gave up six hits. His only loss since May 2019 came in Game 1 of the World Series last October, pitching for Houston against Washington.

Aaron Judge hit his eighth home run of the season for the Yankees. Giancarlo Stanton and Mike Ford also connected for New York.

After Ford homered, a two-run double by Gio Urshela put the Yankees up 4-0 and chased Rays starter Tyler Glasnow (0-1) with two outs in the third.

Stanton made it 5-0 on a fifth-inning shot off Sean Gilmartin before Judge hit a two-run drive off an overhanging catwalk in the sixth that put New York up 7-3.

Urshela got his third RBI on a sacrifice fly in the seventh. He also made a nifty waist grab near the third-base dugout after a long run on pinch-hitter Austin Meadows‘ foul in the sixth.

“It obviously didn’t go as planned. I left too many good pitches over the plate and didn’t get ahead of anybody,” Glasnow said. “When I can’t throw a curveball for a strike, I have one option, or one-and-a-half options basically, just a little bit of a changeup. When I start 2-0, everyone in the building knows what’s coming.” 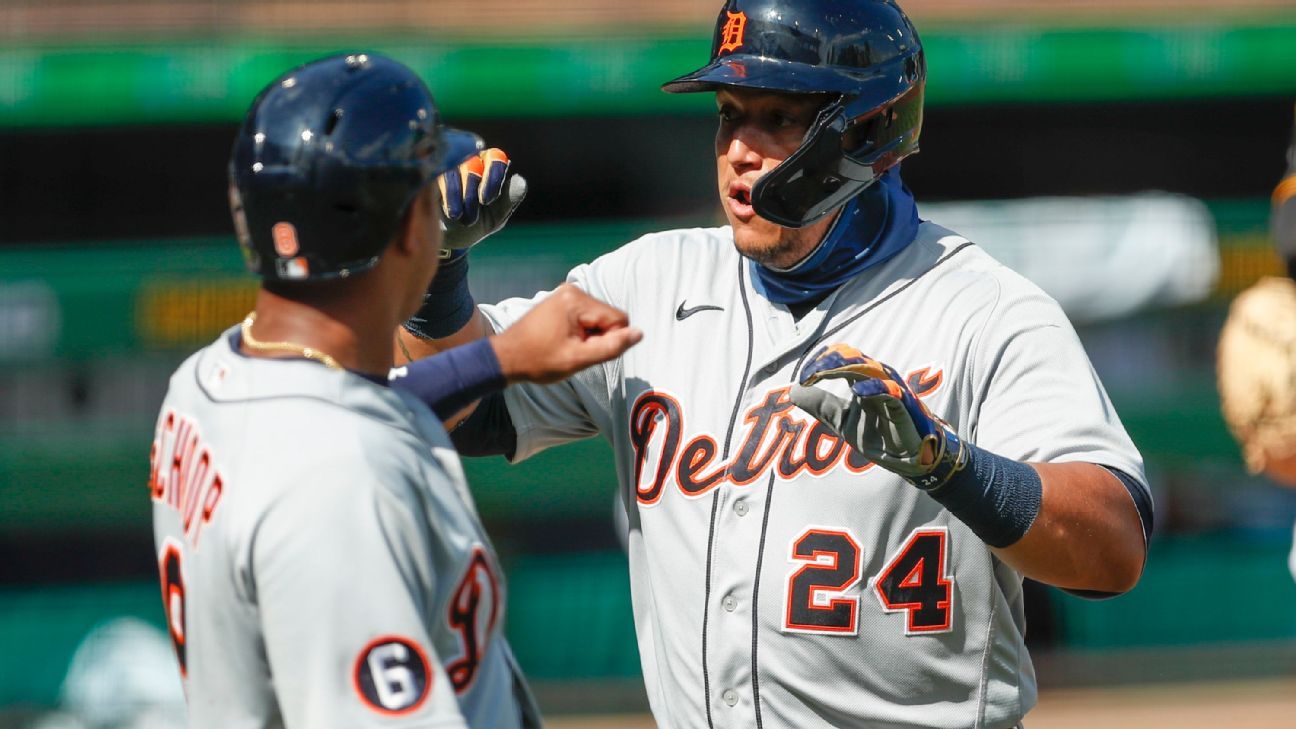 Detroit sent four of Holland’s first 11 pitches over the fence at PNC Park to propel the Tigers to another big offensive outburst against reeling Pittsburgh. A night after a 17-13 win in 11 innings, Detroit came out swinging and sent the Pirates to their ninth loss in their past 10 games.

Nine of the Tigers’ 16 hits went for extra bases. Their first-inning deluge marked the first time they’d gone deep four times in the same inning since they did it on June 1, 2013, against Baltimore.

Cabrera got three hits, including his 481st career home run. The 37-year-old also drove in three runs to move him past Hall of Famer Jim Thome and into 24th on the all-time list with 1,701. Hall of Famer Reggie Jackson is next with 1,702.

A night after driving in five runs, Goodrum homered and doubled. Jonathan Schoop added three hits and JaCoby Jones turned aside a Pittsburgh rally when he led off the sixth with his fourth home run of the season after the Pirates had drawn within 6-5.

Ivan Nova (1-0) nearly let a big early lead slip away. The veteran, who played two-plus seasons for the Pirates from 2016 to 2018, gave up five runs on six hits with three walks and three strikeouts.

Kevin Newman tied a career high with four hits and drove in two runs for Pittsburgh.

The Tigers arrived in Pittsburgh hitting .205 on the season. The team’s average has now risen to .239 following two games against the Pirates’ battered pitching staff.

Holland, who made the team out of summer camp after signing a minor league deal in the offseason, needed to eat up some innings after the Pirates churned through eight pitchers on Friday.

The 11-year veteran is a boxing fanatic — of former heavyweight champion Mike Tyson in particular — and watches a video that splices knockouts with important strikeouts he has recorded. He was on the receiving end of a flurry from the Tigers in the game’s opening minutes.

Goodrum took Holland’s second pitch and sent it over the wall in left. After Schoop singled, Cabrera connected. Cron followed with a drive to the seats in center. Pitching coach Oscar Marin came out to talk to Holland. It didn’t work. Candelario sent the very next pitch over the wall in center for his first home run of the season.

Holland, however, dug in. At one point he retired 10 of 11 batters and didn’t leave until three batters into the sixth. He threw 112 pitches in all while giving up nine runs on 13 hits.

After going through three relievers, the Pirates turned to catcher John Ryan Murphy in the ninth. Murphy retired the Tigers in order on eight pitches in his third career appearance on the mound. 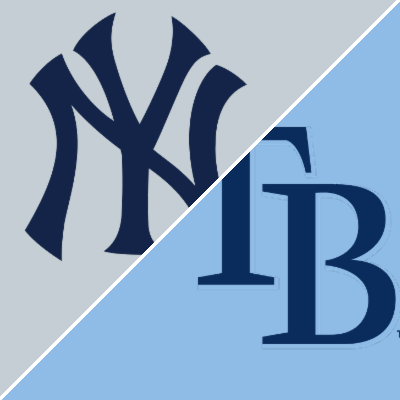 Gerrit Cole came within one strike of earning his 20th straight regular-season win before getting pulled, and the Yankees beat the Tampa Bay Rays 8-4.

Gerrit Cole strikes out 10 in Yankees’ victory over Rays, but ace fails to win 20th regular-season game in row