At the other end of the table, gaps are starting to emerge with Norwich City now in danger of being cut off with Watford at the bottom.

Leicester beat Aston Villa 4-1 at Villa Park, with Jamie Vardy scoring twice to cement their grip on second spot in the Premier League.

Vardy started and finished the scoring, netting for the eighth game in a row, while Kelechi Iheanacho and Jonny Evans were also on target either side of Jack Grealish’s strike.

It was enough to move Brendan Rodgers’ side six points clear of Manchester City as Liverpool’s nearest rivals, while Aston Villa remain outside of the relegation zone only on goal difference.

Wolves stretched their unbeaten run in the Premier League to 11 games after a 2-2 draw with Brighton at the Amex Stadium.

Diogo Jota started the scoring, finishing from close range in the 28th minute, but two goals in under two minutes turned the game on its head as Brighton took the lead thanks to goals from Neal Maupay (34) and Davy Propper (36).

Wolves were gifted a way back into the game just before the break when Jota (44) capitalised on some slack passing from the hosts to score his second of the game, but neither side could find a winner in the second half as the points were shared.

The draw sees Wolves, who move up to sixth, miss out on the chance to go above Manchester United into fifth. Meanwhile, the point sees Brighton stay 12th in the table.

THIS PREMIER LEAGUE CULT HERO IS ‘LIKE A CHILD’, FORMER MANAGER CLAIMS

CHELSEA HAD THEIR TRANSFER BAN LIFTED, BUT LAMPARD IS STICKING WITH THE KIDS

SUAREZ DEFIED LOGIC AND SPEEDY SON BROKE THE SOUND BARRIER. BUT WHICH GOAL WAS BETTER? VOTE

Newcastle won their fourth game from their last six matches courtesy of a spirited comeback that saw them beat Southampton 2-1.

Danny Ings scored for the fifth game running (51) to give Saints the lead, but the game swung in Newcastle’s favour with the introduction of Andy Carroll on 59 minutes and he swung in the cross that Jonjo Shelvey headed home (51) to make it 1-1.

Ralph Hasenhuttl’s side looked the likelier to nick it with time ticking on, but it was the hosts that stole the points when Federico Fernandez reacted quickest to a fumble from Saints goalkeeper Alex McCarthy (87).

The result leaves Southampton in the relegation zone.

Alex Tettey opened the scoring with a smart finish from Emiliano Buendia’s corner in the 27th minute, before Stevens met Baldock’s cross to head the Blades level just after half-time (49).

Less than four minutes later, Baldock showed beautiful feet to fire past Tim Krul (52), leaving Norwich shell-shocked, after they been so confident and dominant in the first half.

The Video Assistant Referee later overturned a red card for Chris Basham (74), downgrading the challenge to a yellow card after the Blades defender lunged in dangerously on Kenny McLean.

Sheffield United held on to secure the three points in comfortable fashion, helping them rise to eighth in the Premier League while extending their undefeated away streak to eight league games.

Aaron Mooy has made a dream start to life in the Chinese Super League, scoring on debut for Shanghai SIPG against Wuhan Zall.

Mooy came off the bench in his first match for Shanghai SIPG early in the second half and wasted little time making his mark on the encounter, clipping a finish over the onrushing Wuhan keeper in the 71st minute.

Mooy joined Shanghai SIPG from Premier League outfit Brighton but is far from the lone international star in the team.

The 30-year-old’s goal was set up by former Chelsea star Oscar, and the first man to celebrate with him was another Brazilian, Hulk. For his efforts, Mooy got a flurry of slaps on the top of his head from Hulk.

Mooy’s neat finish was Shanghai SIPG’s second of the game after Marko Arnautovic’s opener and proved decisive with Wuhan scoring in the 80th minute.

WRIGHT TALKS HIS WAY OUT OF TROUBLE

When he calls it a day on his playing career, Socceroos defender Bailey Wright might want to consider a career in law — the man clearly knows how to make a convincing argument.

Wright looked odds on to be sent off in Sunderland’s Football League One clash against Bristol on Sunday when he brought down Brandon Hanlan early in the second half.

Wright was already on a yellow at that stage and when the referee reached for his pocket, it looked like centre back’s match was over.

Somehow, someway, Wright convinced the referee to keep his cards in his pocket before being safely substituted off.

“The referee gets a yellow card out of his pocket and in his hands, and for whatever reason after chatting with Bailey Wright he puts it away and changes his mind,” Bristol Rovers manager Ben Garner said.

“That would have been a big moment in the game if they go down to 10 and we get the momentum. As it was, the momentum swung their way and they started playing really well.”

Tomi Juric will be hoping this is the start of better things after netting a header in a rare outing for Bulgarian side CSKA Sofia.

Juric has had a tough time of it since moving to CSKA Sofia more than a year ago, playing just five matches for the club so far due to a run of injuries and scratchy form.

Handed the rarest of starts, Juric kept his wits about him to head home in the 88th minute to help CSKA Sofia snatch a late draw.

It was his first goal for the side and his first time on the field since February.

The last Socceroo left in the Premier League, goalkeeper Mat Ryan endured a tough return to action for Brighton in a 3-1 loss to Chelsea. 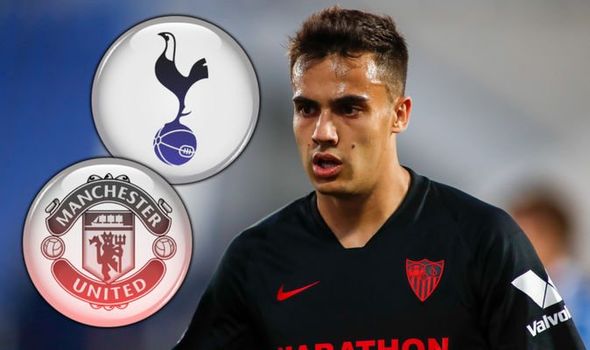 Tottenham are reportedly closing in on the signing of Sergio Reguilon from Real Madrid as they seek to beat Manchester United to the Real Madrid defender.

Gareth Bale’s agents are talking to Tottenham about a deal that would see the Real Madrid forward return to his former club.

Bale has been frozen out by Real manager Zinedine Zidane and the Wales star said earlier this month that he was open to joining a Premier League side.

It had been reported in England that Tottenham and Manchester United were interested in signing Bale.

Now Tottenham have opened discussions with Bale’s representatives about a potential move, likely to be a loan but with a permanent deal not ruled out at this stage.

“We are talking. It’s where he wants to go.”

Bale has two years left on a contract that pays him around £600,000 per week at Real.

It has been reported the Spanish club would be willing to pay some of that salary to finally move on from their troubled relationship with the forward.

Toffees too good for Spurs

The 31-year-old has won four Champions League titles and two La Liga crowns during his time in Spain, but his turbulent relationship with Zidane has left him exiled for most of the last year.

He started just one match when last season resumed after the coronavirus hiatus as Real clinched their first la Liga title since 2017.

Bale still has an emotional attachment to Tottenham after joining the club from Southampton as 17-year-old and developing into one of the world’s most exciting forwards.

After losing their opening game of the Premier League season against Everton on Sunday, Tottenham could do with the morale-boost that would come from signing Bale.

Jose Mourinho accused his Tottenham players of “lazy pressing” during the Everton game and is believed to be keen on shaking up his squad with several more signings.

As well as their interest in Bale, Tottenham are reported to be in talks with Real about left-back Sergio Reguilon, while Eintracht Frankfurt striker Bas Dost has been mooted as a potential signing to provide back-up for Harry Kane.