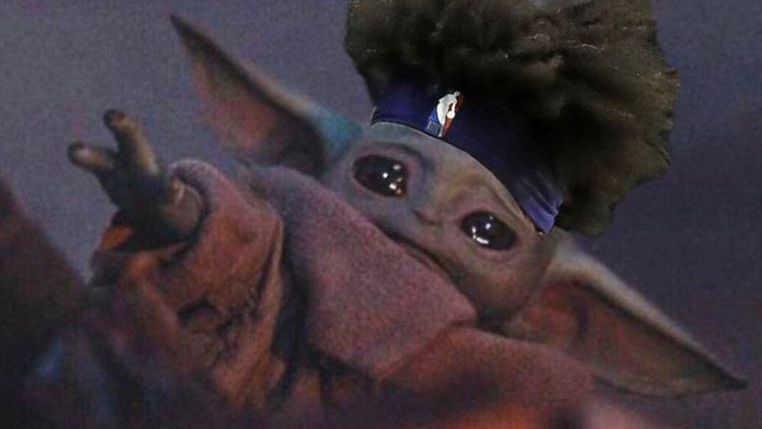 You must unlearn what you have learned about elite Internet memes in the past because Baby Yoda is the better than all of them.

OK, maybe there’s a slight recency bias accompanying that statement, but it’s certainly in the GOAT discussion. Baby Yoda burst on the social media scene so quickly– and with such fervor — that “woman yelling at a cat” meme couldn’t see it coming. Heck, even the “I’m gonna tell my kids” meme didn’t stand a chance against the likes of Baby Yoda. The Face App #AgeChallenge? Can hardly remember it.

We’re not going to say that the force is strong on the Internet right now, but just know we’re thinking it. Luckily for us, the sports world is not immune to the magic of “The Child,” as 50-year-old Yoda is referred to in the Disney+ series The Mandalorian. From Russell Wilson to Tennessee football, athletes and teams alike are jumping on meme train.

Here are some of our favorites:

This Is The Way… pic.twitter.com/JWnyzQHoMg

Baby Yoda is a @YANKEES FAN.

“Games, we shall win. A Jedi’s strength flows from the Pinstripes.” 😂😂😂 pic.twitter.com/cvc9S8lUSW

Kelly Oubre, I am. pic.twitter.com/VxeuJu7Isj

Six year old me in the bleachers at @Oracleparksf. #SFGiants pic.twitter.com/1Xb3mHistW 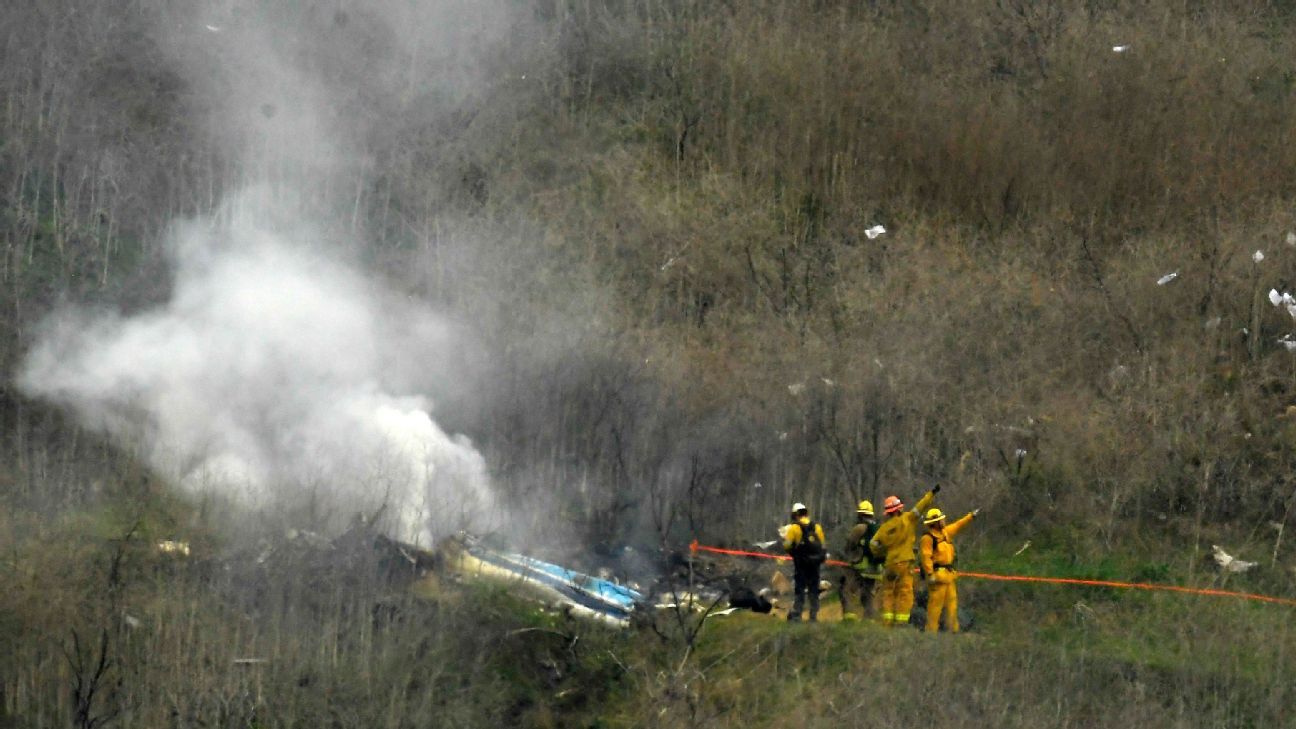 Atobelli was entering his 24th season as the head coach of the OCC baseball program, where he’s won 4 state titles. He was 56.

NBA legend Kobe Bryant and his daughter were among several people killed in that helicopter crash, a source confirmed to ESPN’s Adrian Wojnarowski.

ESPN’s Jeff Passan spoke to Mets star Jeff McNeil — who played for Altobelli in 2012 when he managed the Brewster Whitecaps, a collegiate summer baseball team in the Cape Cod League.

McNeil says he had a poor first two years at Long Beach State. His coaches there asked Altobelli to bring McNeil to Brewster anyway.

“He took a chance on me, kept me the whole summer. Him taking that chance on me, having me on his team, got me drafted,” McNeil says.

“He made you believe in your ability. I remember when we first got to the Cape, he said: You’re here for a reason. You’ve just got to believe you can do it. If you want to steal, steal. Play your game. Do what you guys want to do. Enjoy it. Have fun with it. This is gonna be one of the best summers of your life.”

How Atlanta Braves might fill their hole at third base 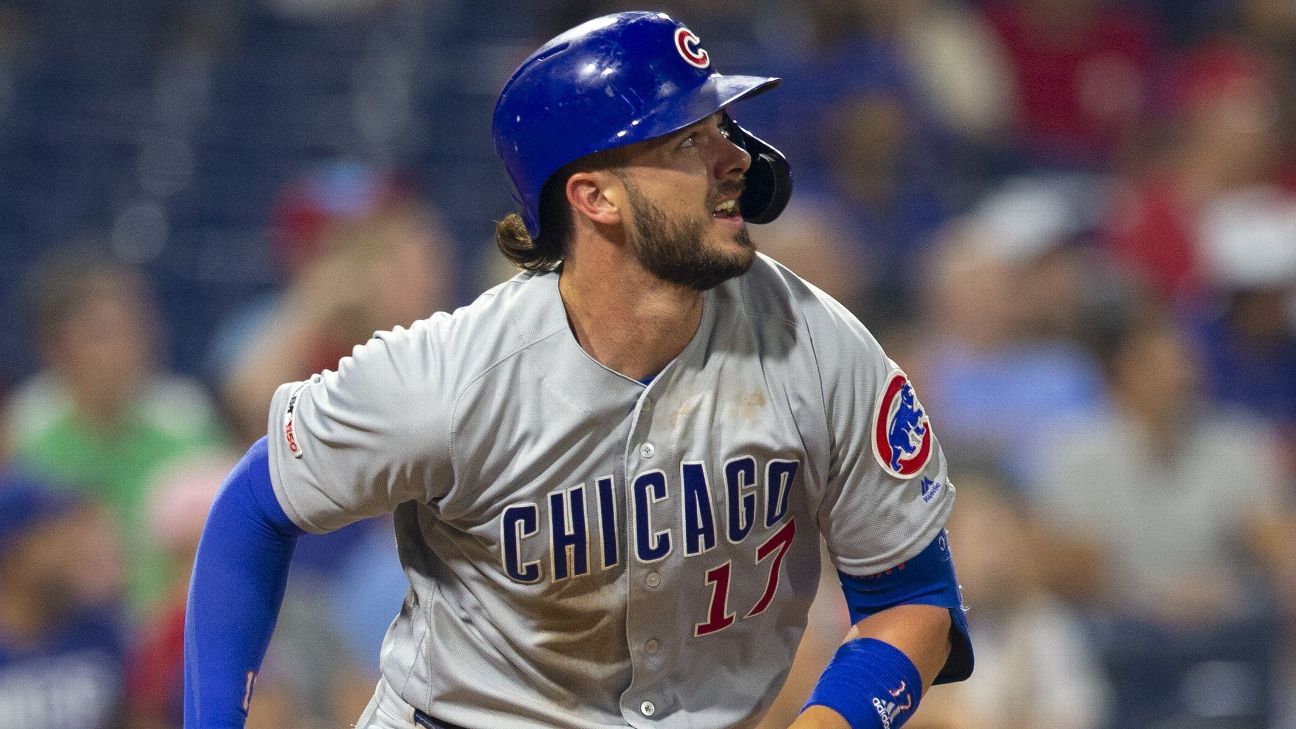 With Josh Donaldson off to the Minnesota Twins on a four-year deal, the Atlanta Braves had a huge hole in the middle of their lineup, prompting the short-term investment in Marcell Ozuna on a one-year, $18 million deal. Ozuna will be the left fielder, with Ronald Acuna Jr. likely to split time between center field and right field, and with Ender Inciarte, Nick Markakis and Adam Duvall sharing time in the third spot.

The Braves intend to go into spring training with Johan Camargo and Austin Riley lined up to share third base unless one of them wins the job outright, and Atlanta has confidence that this could happen.

Camargo played well in 2018, posting an .806 OPS, but last season, with Donaldson set at third and Dansby Swanson off to a good start at shortstop, Camargo didn’t play much early in the season — and with intermittent playing time, he didn’t perform well. He was sent to the minors in August, worked on his swing and looked better when he returned — but then fouled a ball off his shin, suffering a fracture.

Riley was promoted to the big leagues in May and did big damage initially but then struggled, in keeping with his history; at every level he’s played, there’s been a period of adjustment. Mark Monaghan, his high school coach in Mississippi, said that Riley’s ability to cope with adversity is one of his best traits as a player, and that part of Riley will be under examination this year: In his final 49 games last season, he batted .173, with 67 strikeouts in 164 plate appearances. He’ll be 23 in April and like many young players, he’ll need to make adjustments.

But if Camargo and/or Riley don’t hit and the Braves’ current third-base plans evaporate, there likely will be other options on the market. There will be potential solutions available, such as:

Once the Houston Astros gather in spring training and begin their preparations for the 2020 season, it seems inevitable that this group of competitive professionals will eventually and reflexively rally around a mantra of “We’ll show you.”

The Astros will be bombarded with criticism from the stands everywhere they play, and some of them will undoubtedly come to look at it as disproportionate and unfair. The resentment that grows out of this treatment may help fuel them on a given day, or longer.

But it’s possible that the backlash will negatively affect some individual players.