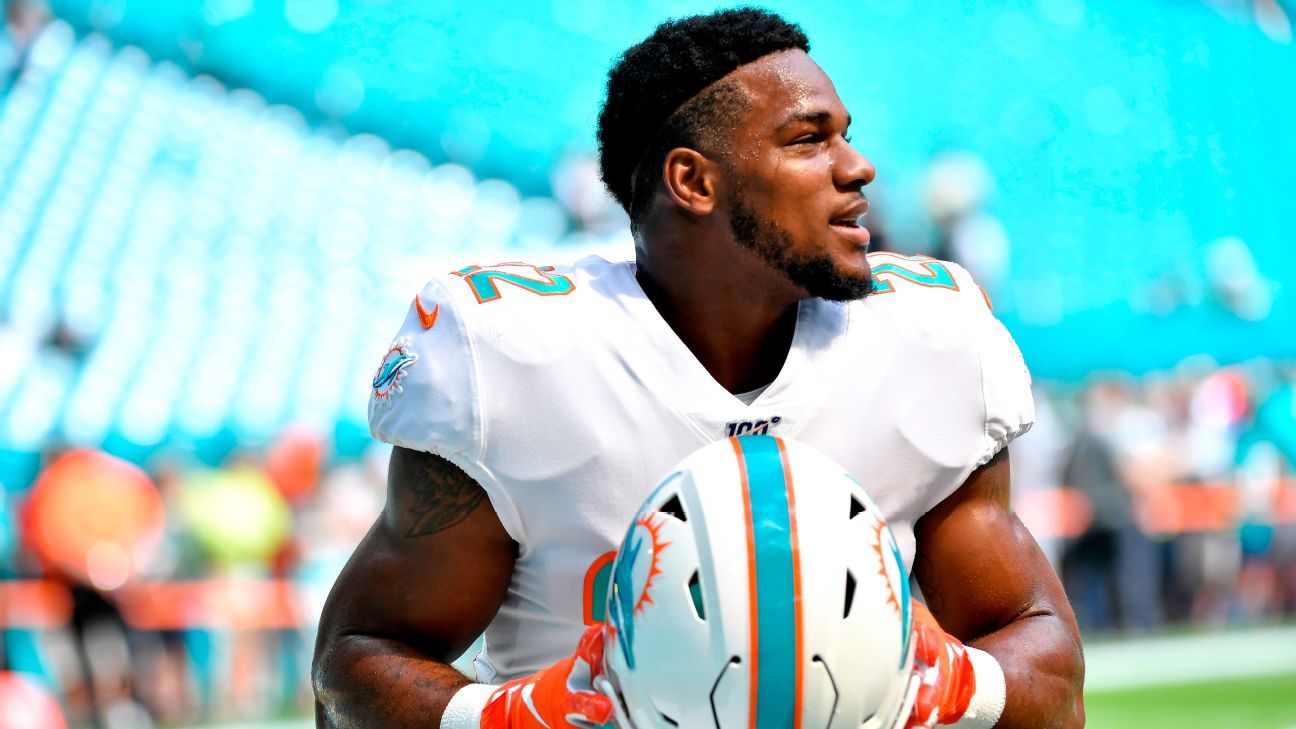 DAVIE, Fla. — The Miami Dolphins waived running back Mark Walton after he was arrested Tuesday morning on a charge of aggravated battery of a pregnant woman.

According to a police document released to ESPN, Walton is accused of pushing the woman into a wall and punching her several times in her face and head. Walton is currently being booked into Broward County jail.

The officer called to the scene observed swelling to the woman’s left eye. The woman is five weeks pregnant, and Walton is the father. She told officers that she had told Walton about the pregnancy on Sunday.

The alleged aggravated battery occurred at 4:15 a.m. Tuesday in Davie, Florida, after an argument.

A message to Walton’s agent for a response was not immediately returned.

Walton, 22, was through two games of a four-game league suspension for violating the NFL conduct and substance abuse policy relating to his three offseason arrests between January and March. He was released by the Cincinnati Bengals after these arrests, and the Dolphins signed him in May.

The Dolphins initially expected Walton back after he served his suspension, but they immediately released him when they said they were made aware of a police matter regarding the second-year player Tuesday morning.

“We hold our players to a high standard and take these matters very seriously. We will have no further comment at this time,” general manager Chris Grier said in a statement.

The Dolphins are now likely in the market for a new lead running back starting in 2020. Kalen Ballage has assumed that role in Walton’s absence with little success, averaging just 1.9 yards per carry. Patrick Laird and Myles Gaskin have received limited reps behind Ballage. The trio, along with De’Lance Turner, will carry the load for the rest of the season.

Walton, a 2018 fourth-round pick out of the University of Miami, leads the Dolphins with 201 rushing yards on a 3.8 yards-per-carry average. He also has 15 receptions for 89 yards. The league allowed Walton to be at the team facility and attend meetings during his suspension without pay.

Walton received six months of non-reporting probation as part of an August plea deal to resolve his three offseason court cases. Walton’s probation was later vacated after he met the court’s conditions. Walton’s attorney, Michael Gottlieb, said in August that his client had his most significant charge of felony for carrying a concealed weapon from his March arrest reduced to a second-degree misdemeanor open-carry charge after pleading no contest. Walton was arrested after a car chase with police. The plea deal decreased the maximum length of his jail sentence from five years to 60 days. 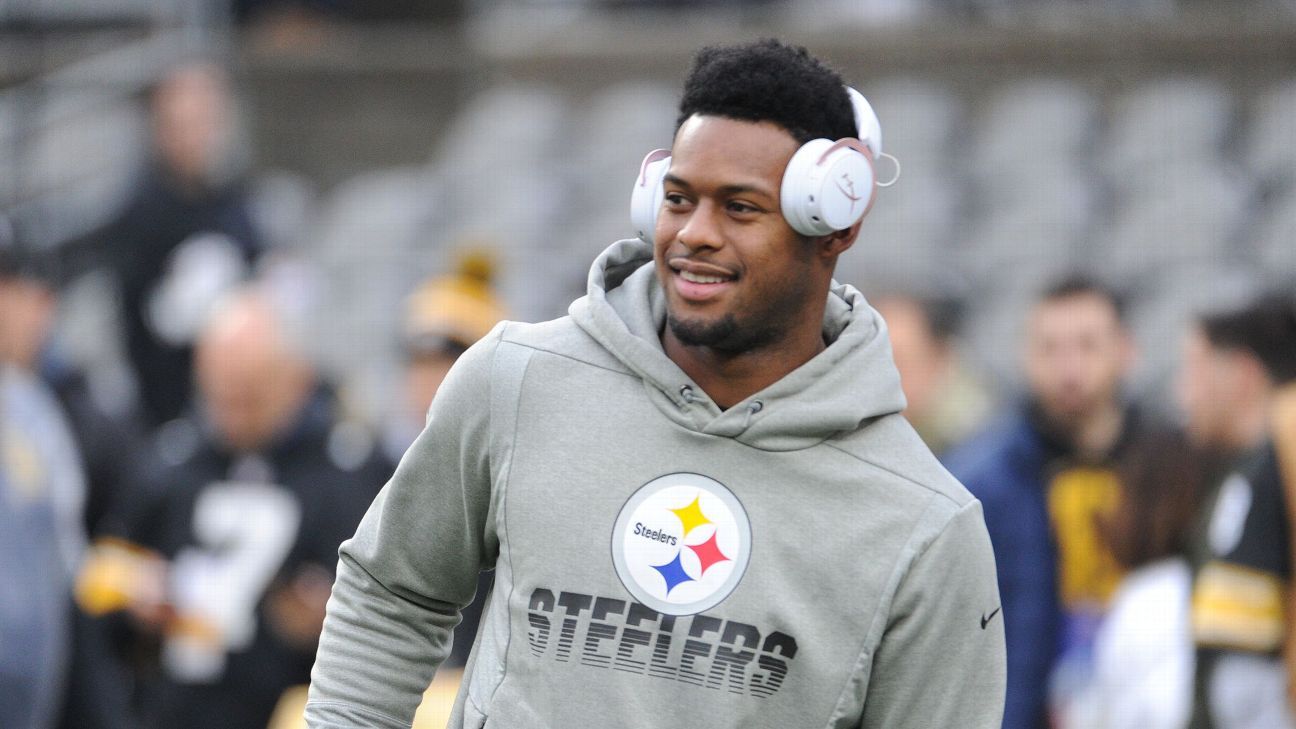 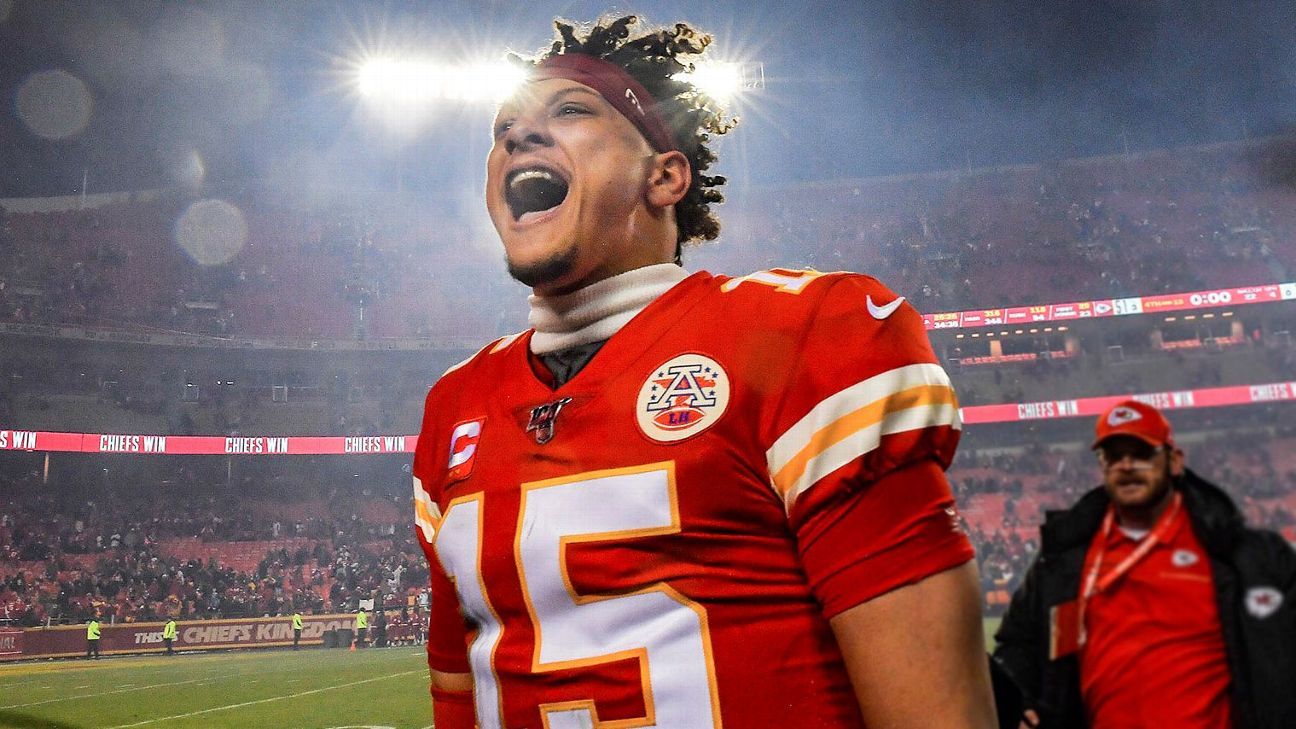 Extension for Patrick Mahomes a no-brainer for Chiefs 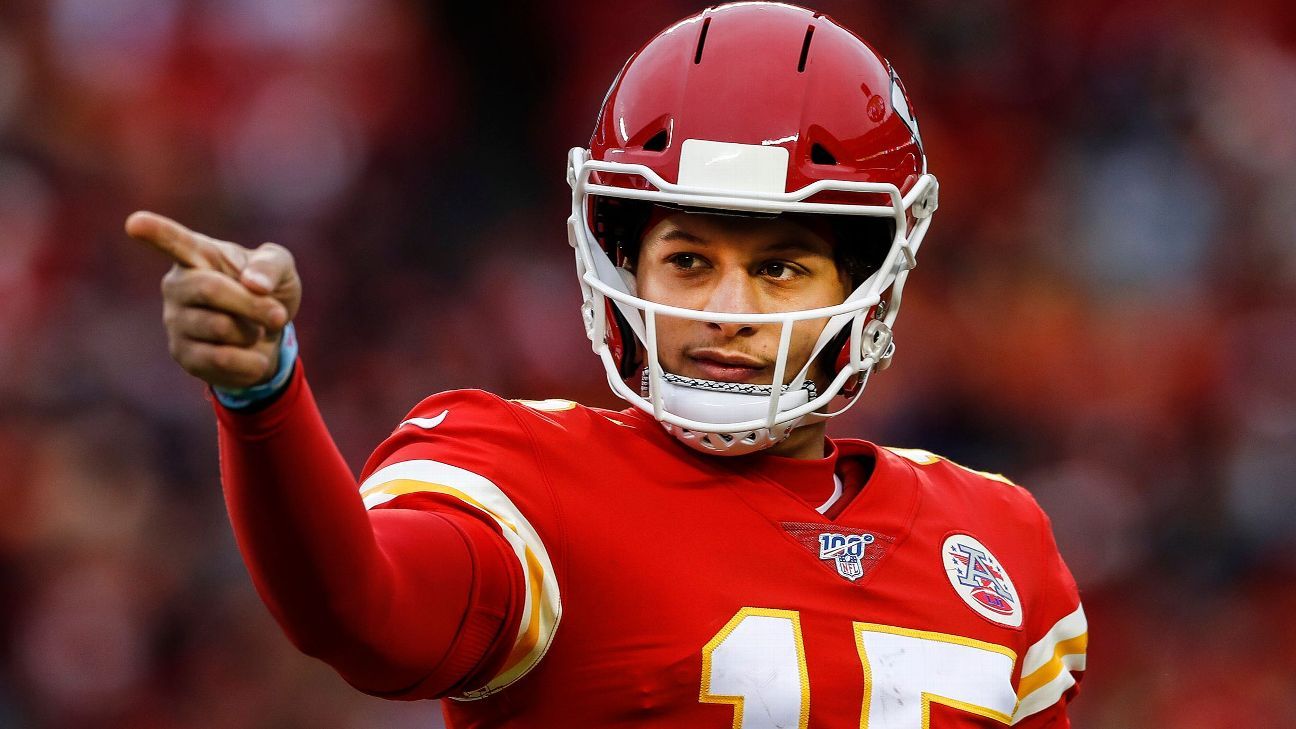 The Kansas City Chiefs, who wandered aimlessly for so many years without a long-term plan at football’s most important position, know how to take care of a franchise quarterback now that they finally have one.

They agreed to terms of a 10-year contract extension with Patrick Mahomes that, combined with the two seasons remaining on Mahomes’ existing deal, keeps him with the Chiefs through the 2031 season. Mahomes will be paid more than $400 million over the 10 additional seasons, according to ESPN’s Adam Schefter.

But if the Mahomes extension isn’t the longest, it well may be the smartest. If there was ever a player to tie a future to, Mahomes is it. He’s just 24 years old and health willing could still be a premier player when the new contract is finished.

It’s difficult to imagine there’s not at least a Super Bowl or two in there for Mahomes and the Chiefs. Such has been his impact in two seasons as their starting quarterback. Mahomes, the Chiefs’ first-round pick in 2017, has been one of the NFL’s all-time great values playing under the rookie contract he signed shortly after being drafted. The Chiefs paid him in three years a total of about $11.2 million, including his rookie season, when he was a backup to Alex Smith.

For that, Mahomes delivered an NFL MVP award and the league’s second-ever 50 touchdown-50,000-yard season in 2018 and the Chiefs’ first Super Bowl championship in 50 years in 2019. Over his two seasons as a starter, the Chiefs paid Mahomes $42,000 per touchdown pass, the lowest among 28 quarterbacks to throw at least 25 touchdowns in that span.

Mahomes will no longer be that kind of bargain, but is there any reason to believe that he, even as the NFL’s highest-paid player, the Chiefs won’t still get plenty of value from him? His career is already on a trajectory that will make him one of the NFL’s greats. He is averaging 38 touchdown passes over his two seasons as the starter. Based on that average, Mahomes would have 532 TD throws when his new contract expires.

Only Drew Brees, Tom Brady and Peyton Manning currently have more. Thirty-eight touchdown passes a season is ambitious for anyone but doesn’t sound outrageous for Mahomes as long as he’s partnered with coach Andy Reid. The two have been good for one another and the Mahomes contract extension ensures he will take the 62-year-old Reid to the end of his coaching career.

So the Chiefs can feel good about their decision to make Mahomes the richest player in NFL history, according to Schefter, and can now turn their financial attention to defensive tackle Chris Jones. They had thrashed around with journeymen quarterbacks for so much of their history. With this move on Mahomes, they’ve avoided that type of purgatory again for at least the next 12 years.

JR Smith was ‘very depressed’ when out of game