Socceroos left-back Brad Smith on Monday morning became the first Australian to raise the MLS Cup in the United States after his Seattle Sounders beat Toronto FC 3-1 in the final.

No Australian had played in the Major League Soccer’s decider, let alone hoisted the trophy of the USA’s top tier.

Not Tim Cahill, not David Carney, or the three other Aussies who took their talents stateside before Smith.

And on the back of a career-best campaign, Smith could soon become the third Australian in the Premier League.

Watch the Socceroos v Jordan in the 2022 FIFA World Cup Qualifiers on KAYO SPORTS. Get your 14 day free trial and start streaming instantly >

But the 25-year-old Australian had little time to celebrate the victory, jumping on a plane to travel to Jordan for Australia’s World Cup qualifier on Friday morning (3.00am AEDT).

The decider kicked off at midday local (in front of a record 69,274 fans), but Smith’s flight to the Middle East departed just six hours later.

He’ll miss Seattle’s street parade on Tuesday, but the opportunity to earn a 22nd Socceroos’ cap was far too good to turn down.

30 YEARS ON FROM THEIR LAST WIN, IT FINALLY FEELS LIKE LIVERPOOL’S YEAR AGAIN. HERE’S WHY

Coming off a career-best season, Smith will be confident manager Graham Arnold will hand him a second-straight start at the left-back role.

His start against Chinese Taipei (where he earned an assist and played all 90 minutes of the 7-1 victory) ended Aziz Behich’s remarkable run of 21 consecutive starts for the Socceroos.

That was the longest streak of any player since workhorse Alex Tobin in 1999.

Behich has only played four club matches this campaign, and not since early September. Meanwhile Smith is coming off a campaign where he played 30 matches, including starting in all four of the Sounders’ MLS Cup playoff matches over the last month.

With Socceroos coach Graham Arnold declaring “he did exceptionally in the Chinese Taipei game”, the choice seems straightforward.

All eight goals from Aus romp

WHAT NEXT FOR SMITH?

The MLS Cup final represented the end of Smith’s loan deal with Seattle from Premier League side Bournemouth.

Hampered by injuries, Smith had struggled to break into the first-team with the Cherries since leaving Liverpool in July of 2016.

Smith played just 11 times for Liverpool but could only manage that same number of appearances with Bournemouth, before securing a loan move to Seattle in August of last year.

He quickly settled in America’s northwest, to the extent where the Sounders in July requested Bournemouth extend his loan stay until the end of this season – a decision that both sides can now look back on with pleasure.

Smith has previously hinted that he would be happy to remain in Seattle permanently, and with the competition rapidly rising in standard that might be an astute decision.

Even more so given he is playing for the best team in the land, a team that just won their second MLS Cup from three appearances in the final in the last four years.

Smith is shining, and he’s put his injury hell behind him to return to the fore of Graham Arnold’s Socceroos plans.

But the 2020 MLS season doesn’t kick off until February – an age away for a man at the peak of his powers.

He’ll likely return to Bournemouth after the Socceroos play Jordan for discussions on his future.

It’s a massive opportunity for Smith to prove he belongs at the elite level – and for a club currently sitting ninth in the Premier League, equal on points with Manchester United (whom they beat a week ago).

But breaking into the first team will be a tall order. At his left-back position is Spaniard Diego Rico.

Rico arrived from Spain’s top-tier side CD Leganes in July of 2018, but struggled in his debut season in England.

This year has been a different story. The 26-year-old has been a vital cog for Eddie Howe’s men, playing in nine of their 12 Premier League matches, notching two assists and fully justifying the £10.7m they outlaid for his services.

Howe this week said “I have been very impressed in recent weeks.

“He’s had a decisive say in a lot of games. If you look at the assists he has made for the team, his corners and free-kicks have been really valuable to us.

Howe continued: “I think he has grown into the position, is growing in confidence all the time. The challenge for him is to maintain that progression.

“If he does (continue growing), with his qualities, he is going to be an important player for us.”

High praise from the gaffer.

But Smith at least has some time on his side. His contract with the Cherries runs until the end of the English season (June 2020). The MLS doesn’t kick-off until February.

One unfortunate injury to Rico would leave Smith in with a strong chance of pipping the 33-year-old veteran Charlie Daniels to the left-back role.

For now, Smith has the chance to be a bench player for Bournemouth or return to Seattle and chase back-to-back MLS crowns.

It’s not a bad choice at all. 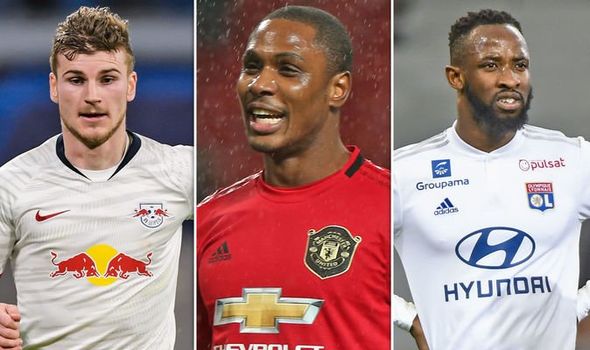 Manchester United have reached an agreement to extend Odion Ighalo’s loan from Shanghai Shenhua until January 31, 2021.

Ighalo initially joined Manchester United in a Deadline Day move in January, and scored four times in eight appearances in all competitions prior to the suspension of the Premier League.

Ighalo’s initial loan deal was due to expire on May 31 and United manager Ole Gunnar Solskjaer has thanked Shanghai Shenhua for allowing the 30-year-old to remain in Manchester longer than previously agreed.

“They [Shanghai Greenland Shenhua] have been great towards us, allowing him to play for his dream club,” Solskjaer said.

“It’s been a dream for him and hopefully he can finish what he started and win a trophy with us.”

He will now miss the majority of the 2020 Chinese Super League season, which is scheduled to begin in June.

Shanghai’s original stance was that they would only agree to extend his loan if an obligation to buy was incorporated into the deal, with Ighalo likely to cost upwards of £20m.

However, with border restrictions potentially preventing Ighalo from returning to China in time for the new season, Ighalo’s parent club have softened their stance and have allowed him to extend his stay at Old Trafford.

As well as Ighalo staying on at United, manager Ole Gunnar Solskjaer said last week Marcus Rashford and Paul Pogba will be fit for the proposed resumption of the Premier League.

Rashford was due to miss the rest of the season after suffering a back injury in January, while Pogba had been out since Boxing Day due to a foot problem.

But the pair of them are back in group training ahead of the Premier League’s Project Restart and are making good progress, says Solskjaer.

“They’re looking good, they’ve joined training now and they’ve done everything the other boys have been doing. No reaction so far, touch wood,” he told MUTV.

“When we get started, it looks like we can have a full squad to choose from.” 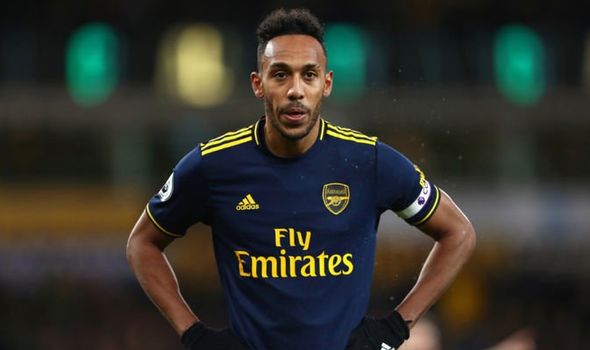 MLB is having a tougher time returning than NBA, NHL. What’s baseball’s problem?